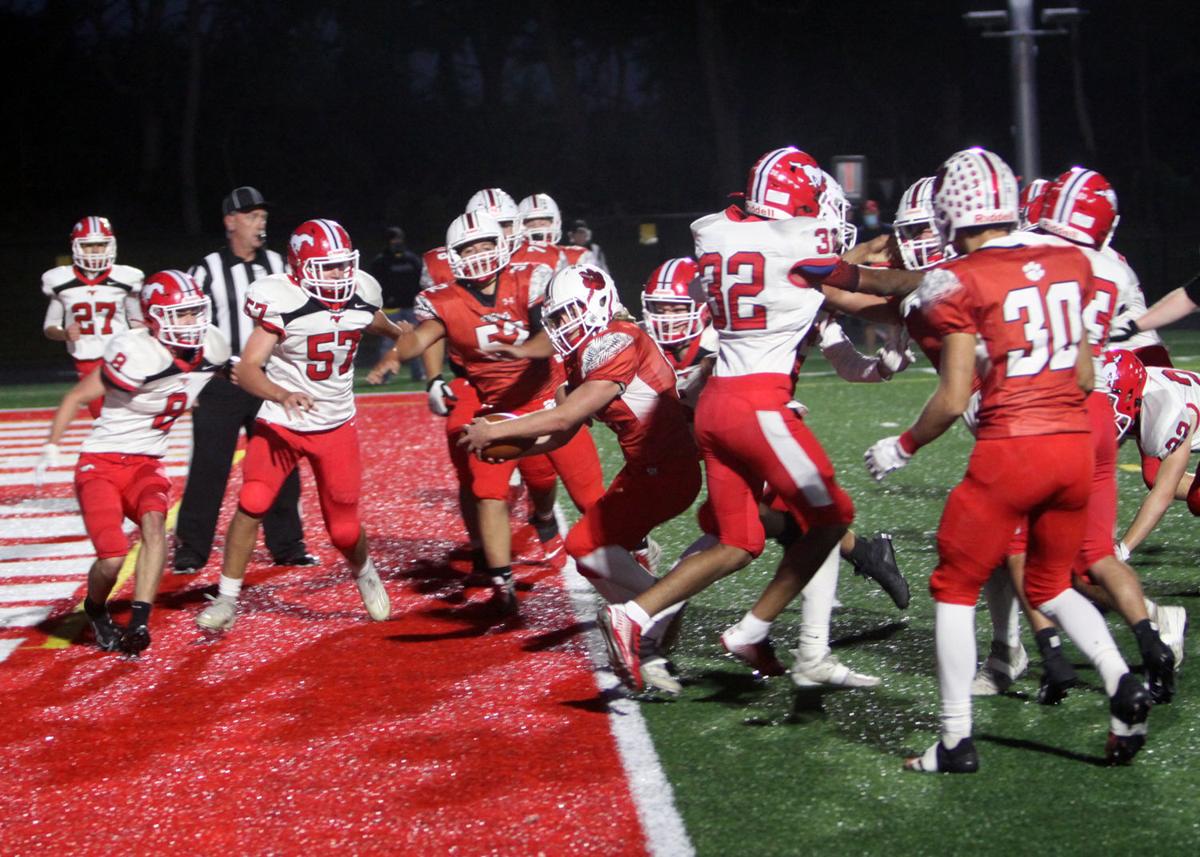 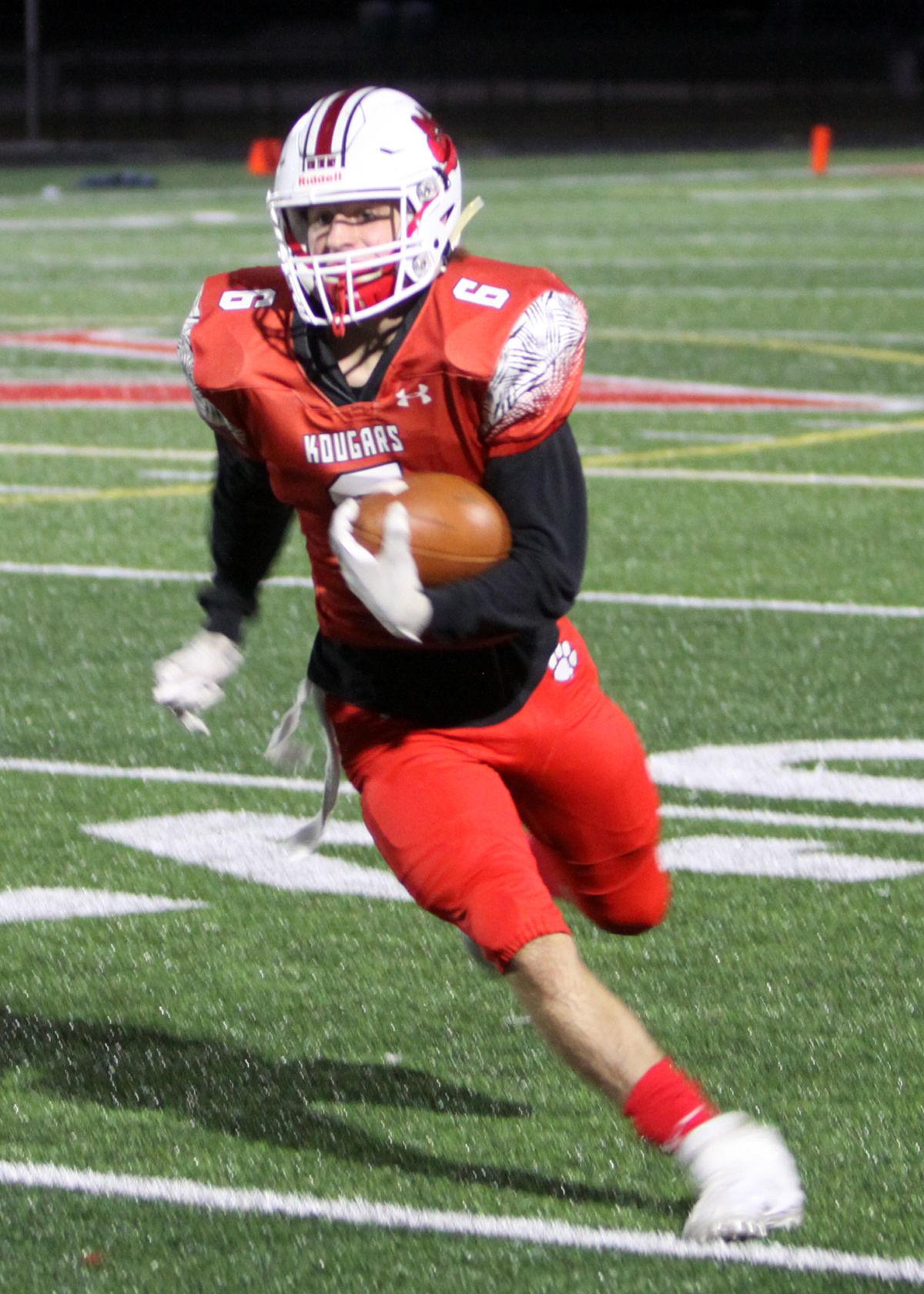 KV senior Tyler Tinnel takes off after the kickoff, picking up 33 yards on the return.

KV senior Tyler Tinnel takes off after the kickoff, picking up 33 yards on the return.

WHEATFIELD — In their most lopsided victory yet in a 5 — 0 start to the season, the Kankakee Valley Kougars absolutely mauled the visiting Munster Mustangs on Friday, Sept. 18, by a score of 53 — 0. That score, as one-sided as it was, could have been even worse had not KV Coach James Broyles pulled his starters before halftime.

In the first quarter alone, the Kougars went up 29 — 0 and never looked back. On their opening drive, the Kats drove downfield and Eli Carden hit Logan Fugett with a 28-yard Pass. Uncharacteristically, Markus Ritchie’s point-after-try, was blocked giving him his first miss this season.

One play after the ensuing kickoff, the hapless Mustangs fumbled and the Kougars recovered. Carden and KV quickly capitalized with a hand-off to Cade Capps who scampered in from four yards out. Ritchie’s PAT was good this time and the Kats were up 13 — 0.

Munster again was unable to secure a first down and KV took over again, scoring for the third time in the quarter on a 21-yard pass to Caleb Swallow followed by Ritchie’s PAT, moving the Kougars to 20 — 0 at the 4:20 mark. The kick-off pinned Munster deep and they fumbled in their end zone with KV’s Dyllin Bolton recovering in the end zone for a safety, making it 22 — 0.

After another ineffective possession by the Mustangs and a 25-yard kickoff return by Ryan Tinnel, Carden hit Ritchie with a 29-yard pass to score. Ritchie followed that up with a successful kick and it was 29 — 0 in just one frame.

The second quarter was more of the same as the Kougars kept the scoring going with a Ritchie field goal making it 32 — 0. Carden would pass for two more touchdowns in the second, hitting Ritchie for a 28-yard score and Swallow with a 46-yard throw. Ritchie PAT’s on both and the Kougars headed into the locker room up 46 — 0.

After the break, the Kougars placed nearly an entire different team on the field after Coach Broyles kept the starters on the sidelines. This didn’t matter as the Kougars would still add one more score on a long run by Jack Lamka. The PAT made it 53 — 0.

Carden, despite playing less than a half, threw 180 yards on 11 passes and notched five touchdowns. He added 35 yards on three rushes for good measure.

Eli (Carden) just puts us in a place where we can be successful,” said Broyles. “He leads us both on and off the field.”

Broyles also singled out Bolton and Kyle Boyer as keys players for their work on the line.

“Both of them came into this season with their minds made up to set the tone,” he said. “I’m also more that happy with the consistent play of Gage Stowers and Ivan Wright. We wanted to dominate on every play and everyone is doing what they need to be doing to make that happen.

The win puts the Kougars at 5 — 0 on the season, 1 — 0 in the Northwest Crossroads Conference. They will next face the 4 — 0 Lowell Red Devils at Lowell.