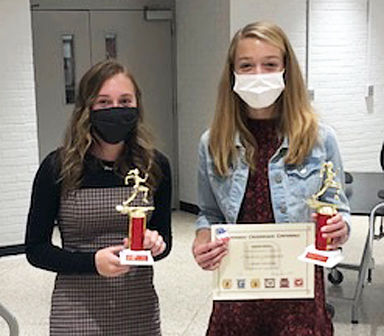 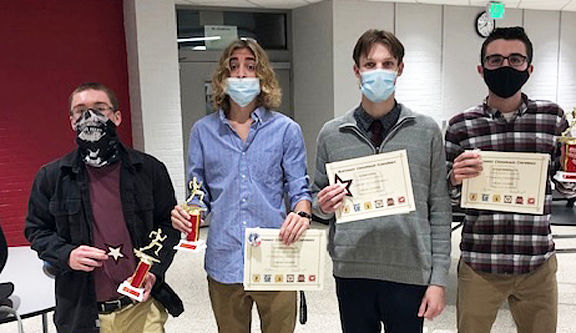 Lewallen recognized two runners from his squad with trophies, including freshman Emma Bell, who was named Most Valuable Runner after finishing second at sectional and qualifying for semistate in her first season.

Adams presented awards to three members of his squad, with junior Justin Hoffman earning Most Valuable Runner. Hoffman was third at sectional and reached the semistate level.

Teammate Thomas Bolde earned Most Improved and Ethan Ehrhardt was tabbed Rookie of the Year. Ehrhardt served as his team’s top runner for most of the season.