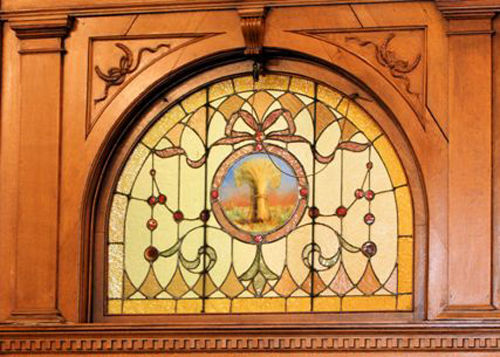 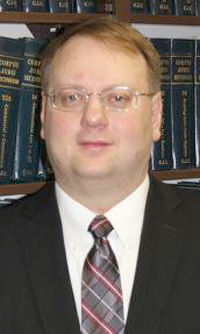 Bailey, who attended via the Zoom platform, said the plan is to knock down a wall of an adjoining small storage room to give his reporters space.

The commissioners, with two in attendance at the old Youth Center building on Sparling Avenue since the courthouse remains closed to the public and the other joining via Zoom, approved the request. Because COVID-19 guidelines require people to socially distance, it makes it difficult to do so in a cramped reporters’ office, Bailey added.

By adding space, the two reporters should be able to distance themselves properly. The renovation should also fall under COVID-related expenditures, with the county possibly eligible for reimbursement.

The county was reminded recently it has access to the Coronavirus Relief Fund to help pay for COVID-related expenditures. Municipalities in Indiana were approved to share in a $300 million fund to pay for COVID expenses related to public health in May.

Among the items eligible are laptop computers, pick-up trucks, a box truck, hazard pay and a cooler for vaccines when they become available.

The commissioners will meet with other county officials to put together a list of items they feel are necessary. They will need to decide quickly since paperwork must be prepared under a deadline.

The commissioners also received a list of requests and updates from Jasper County Sheriff Pat Williamson at Tuesday’s meeting. He asked permission to fill a correction’s officer vacancy, which was granted, and also recommended the county end its contract with Havel, which services the heating, ventilating and air conditioning system in the county jail. Instead, Williamson recommended and the commissioners agreed that the county contract with Trane, which has replaced most of Havel’s equipment with its own equipment.

The county has not been happy with Havel since the system was installed in 2008.

Williamson said the wind storm last month did around $6,000 in damage to the jail. He added that the insurance should cover the cost.

JCSD also received a grant for around $5,000 to help fund the Spillman software that was installed recently. The commissioners approved accepting the grant.

Prior to the installation of the software, the DeMotte Police Department initially decided not to be included in JCSD’s decision. But the department has had a change of heart and asked to be included, with some funding coming from the Coronavirus Relief Fund.

Pat Fox of the Little Cousin Jasper committee received permission from the commissioners to use the courthouse wall along Washington Street sidewalk for a pumpkin carving contest for Halloween.

Also participating in Tuesday’s meeting was Jasper County Economic Development Executive Director Steven Eastridge, who discussed the formation of a bond counsel to aid in redevelopment and economic expansion. He said DeMotte is considering expanding its water and sewer lines and would need to finance that.

Eastridge added that Smith Transport should be able to use a distribution facility it is constructing east of Remington by year’s end. Indiana Face Masks, with its plant located on Ind. 114 in Rensselaer, will also be able to provide more jobs than initially thought.

The JCEDO’s tourism commission also met last week and approved a study on sports tourism and the possibility of a sports/recreation complex.

It was also announced that the polling places for the November election will be the same as they were for the primary election. Early voting will begin on Oct. 6 at the DeMotte Town Hall on Tuesdays and Thursdays and at the south end of the former prosecutor’s office on Cullen Street in Rensselaer Monday through Friday.

Oct. 5 is the deadline for registration and making changes.

Starting Sept. 14, absentee ballots will be sent; there are almost 1,000 requests for absentee voting so far.