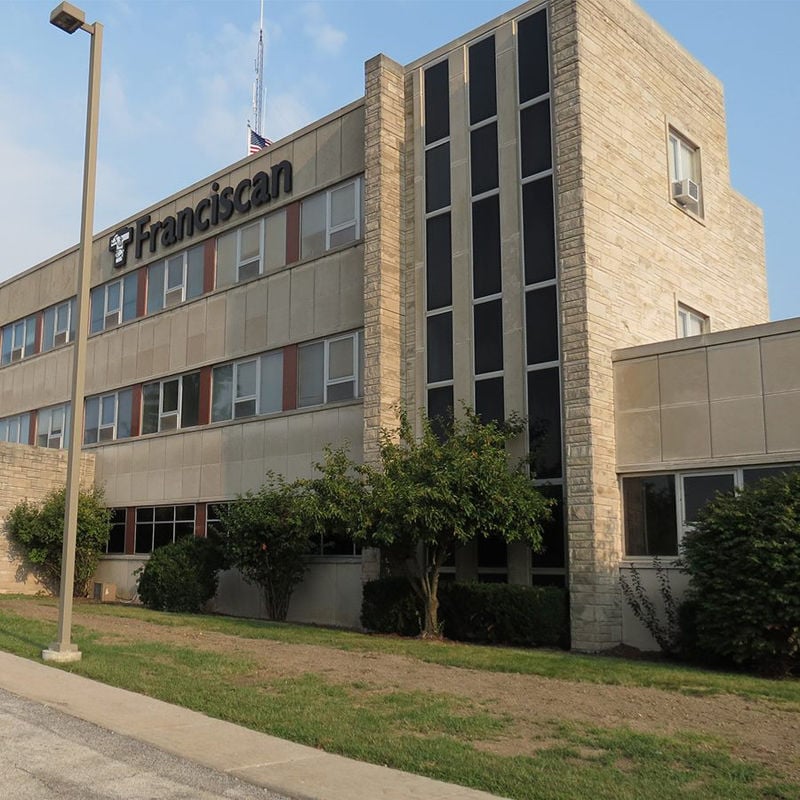 The AlternaCare unit at Franciscan Health Rensselaer occupied the second floor of the hospital.

The AlternaCare unit at Franciscan Health Rensselaer occupied the second floor of the hospital.

JASPER COUNTY — Despite recent news of Franciscan Health Rensselaer shuttering its AlternaCare program next month, the hospital will remain entrenched in the community for many years to come.

That’s a pledge Franciscan Health Rensselaer vice president and chief operating officer Carlos Vasquez made on behalf of his employer this week.

Because the AlternaCare ward, which occupies the second floor of the hospital, no longer sees the amount of patients it once did, a decision was made on Sept. 2 to close the ward as a cost-cutting measure.

Vasquez said the 21-bed, self-pay facility is currently being utilized by 10 residents, but that number is often at seven or eight residents.

AlternaCare often employs three nurses — one full-time, two part-time — who would care for five to 10 patients on each shift. That’s a ratio that is no longer needed in most hospitals.

Franciscan Health Rensselaer was also the only hospital in the Franciscan chain to offer AlternaCare services, Vasquez said.

“Franciscan hospitals got out of that type of service years ago,” he added.

The hospital is currently helping families find rooms for their loved ones at other facilities, including George Ade in Brook, the Rensselaer Care Center and Oak Grove in DeMotte.

The Autumn Trace Senior Community in Rensselaer, which opened its doors nearly a year ago, is another option.

“We’ll take them anywhere they need,” Vasquez said. “We told the families to take your time. Interview everybody. We have time to make sure they feel comfortable in the place they are being moved to.”

The hospital plans to stop taking residents on Oct. 2. If a resident is still in AlternaCare and hasn’t found an alternate site, they will remain at the hospital until one is found.

The hospital is also in the midst of finding employment for the 14 full-time nurses who work in AlternaCare. There are also seven part-time employees.

Severance packages is another option.

“When the decision was made, the residents said they were worried about our employees and the employees were concerned about the residents,” Vasquez said. “There’s not one person who has not been touched by having AlternaCare here. It was important to so many families.

“i was more concerned about the emotional impact (the decision) had rather than the physical impact.”

AlternaCare was started at the old Jasper County Hospital in 1985 by Rita Nagel.

The family of Rita Nagel penned a letter to Franciscan praising the accomplishments of the AlternaCare unit, which provided quality residential care for 35 years.

“We respect the discernment that must have occurred to conclude that AlternaCare was no longer a viable option or need for our community,” the letter said in conclusion. “We thank the countless staff and countless residents (many our own family members, including grandmothers and great aunts) who were a part of the AlternaCare family over the last 35 years. We pray the transition for the current staff and residents brings them to another option that provides them the love, support, and quality experienced on AlternaCare.”

Rumors have been spreading on social media that cutting AlternaCare is another step in the hospital closing is doors in Jasper County. Not true, Vasquez said.

“We’re here to stay,” he said. “We’ve been here five years and we’ve built a trust with the community. We’re going to focus our attention on services we continue to provide.

“This is not the beginning of the end of Franciscan Health Rensselaer.”

Prior to last week’s decision, Vasquez, who has been at the hospital since 2016, contacted county officials, Mayor Steve Wood and Jasper County Economic Development director Steven Eastridge, ensuring them that the decision to close AlternaCare was only a cost-cutting move.

Vasquez said Franciscan recognizes that having a multi-service hospital in a rural setting is a huge benefit to the county. The Rensselaer hospital utilizes doctors from nearby facilities in Crown Point and Lafayette while providing a 24-hour emergency room.

The hospital also provides a medical-assisted treatment clinic for addicts as well as telemedicine or telehealth to patients.