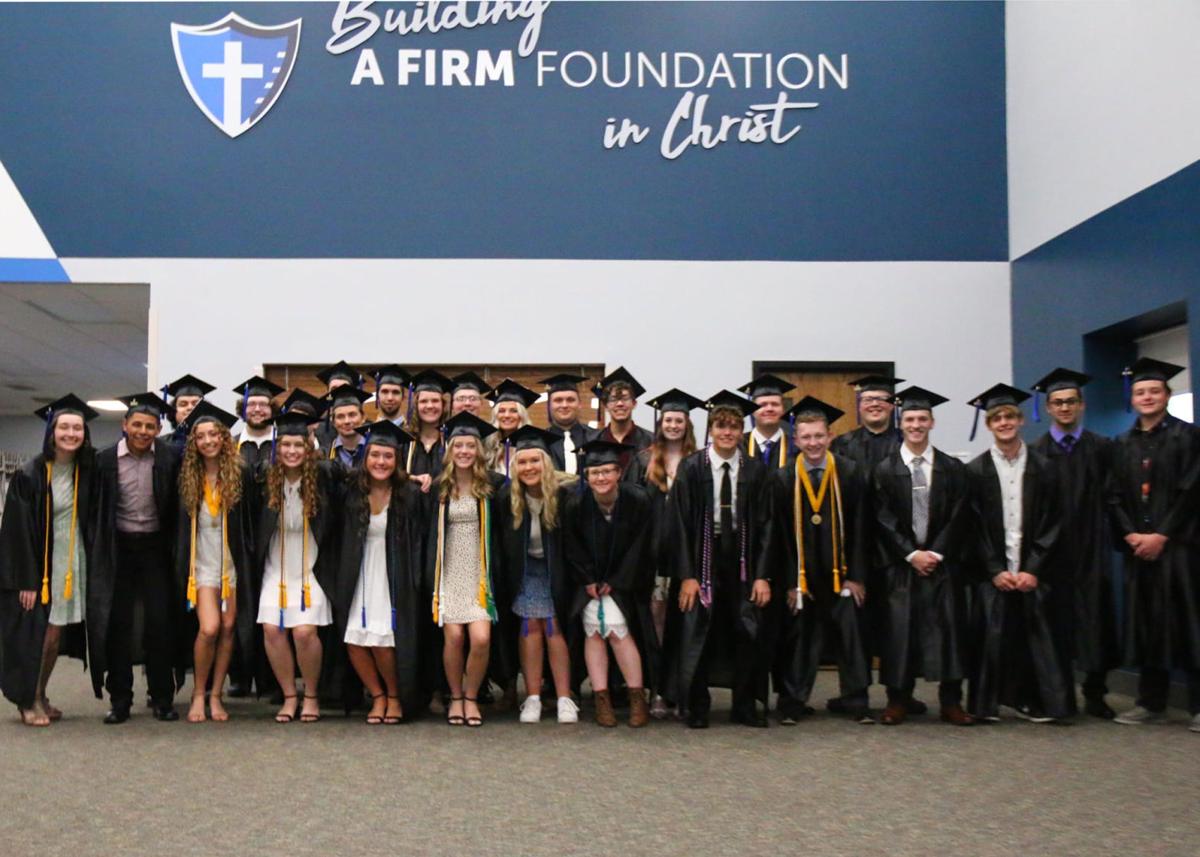 The graduates of the CCHS Class of 2021 gather after the ceremony. 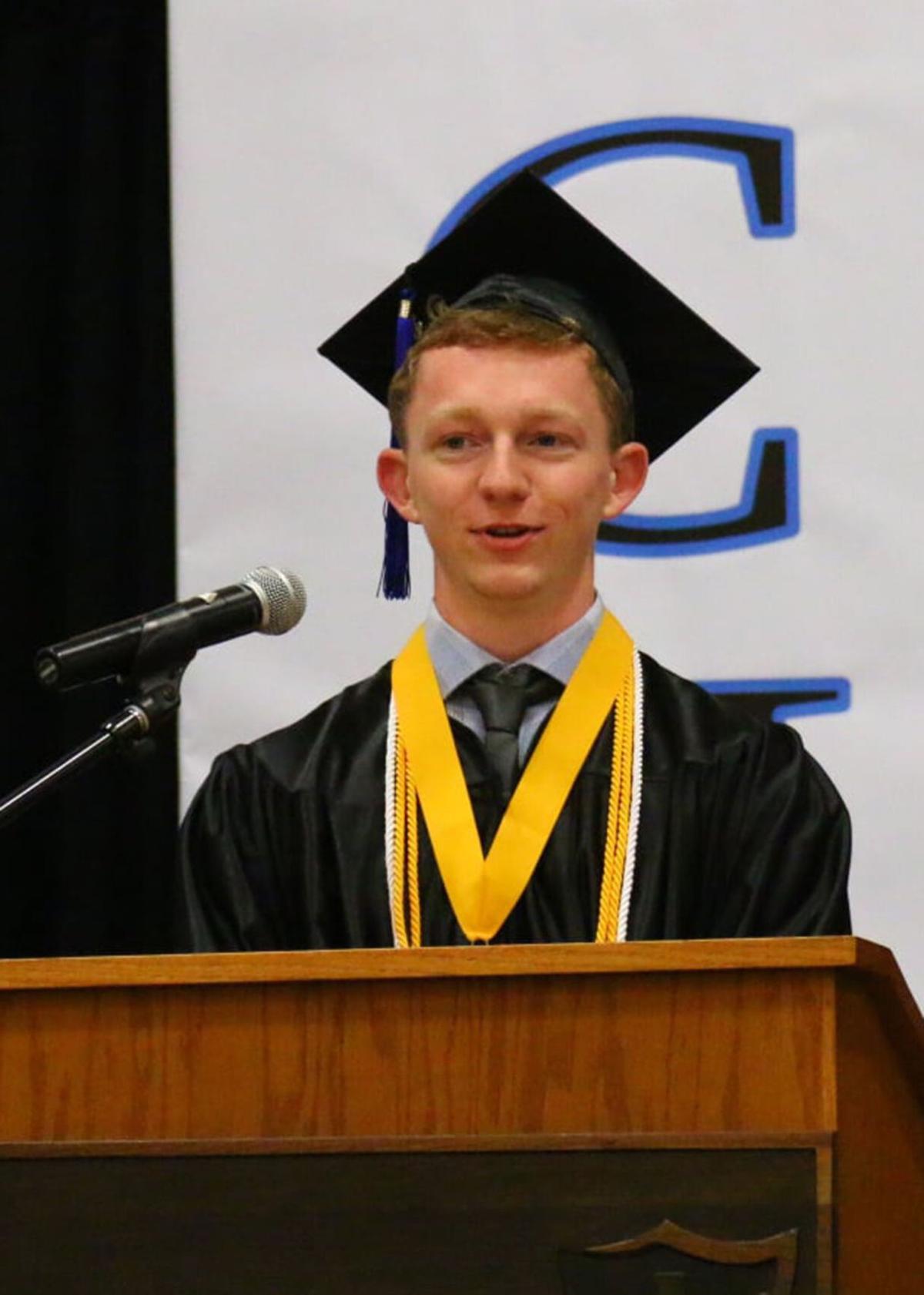 Valedictorian Branton Tolkamp is shown at the podium

The graduates of the CCHS Class of 2021 gather after the ceremony.

Valedictorian Branton Tolkamp is shown at the podium

DEMOTTE, Ind. — On an unseasonably cold Friday, May 28, the Covenant Christian High School staff sent 28 graduates on into their futures in a ceremony held inside this year, (thankfully), the school’s gymnasium.

The class had chosen as their Class Verse, Isaiah 40:31. “Buy those who hope in the Lord will renew their strength. They will soar on wings like eagles; they will run and not grow weary; they will walk and not be faint.”

This verse has taken on extra meaning in light of struggles with the pandemic and the many changes that it has brought onto education and gatherings.

Before the ceremony, a cherished tradition of showing two pictures per graduate returned. Each graduating senior was shown as a child or infant and then as they look now, much to the delight of the audience. This continued until the strains of the Processional were played on piano by Bethany Vrieland.

Valedictorian Branton Tolkamp then took to the dais to speak to the Class of 2021. He was followed by CCHS Teacher Zac Menard who gave the Commencement Address. A video by Allese DeYoung, Morgan Schaafsma and Josie Vander Molen led up to the formal presentation of diplomas. As Andrew Dunham read each name, Roodzant and DeFries individually congratulated each senior.

DeFries formally presented the CLass of 2021 graduates to the crowd and the Rev. Roberto Rossi gave a closing prayer before Vrieland played the Recessional. Rossi is the father of graduate Matteo John Rossi.