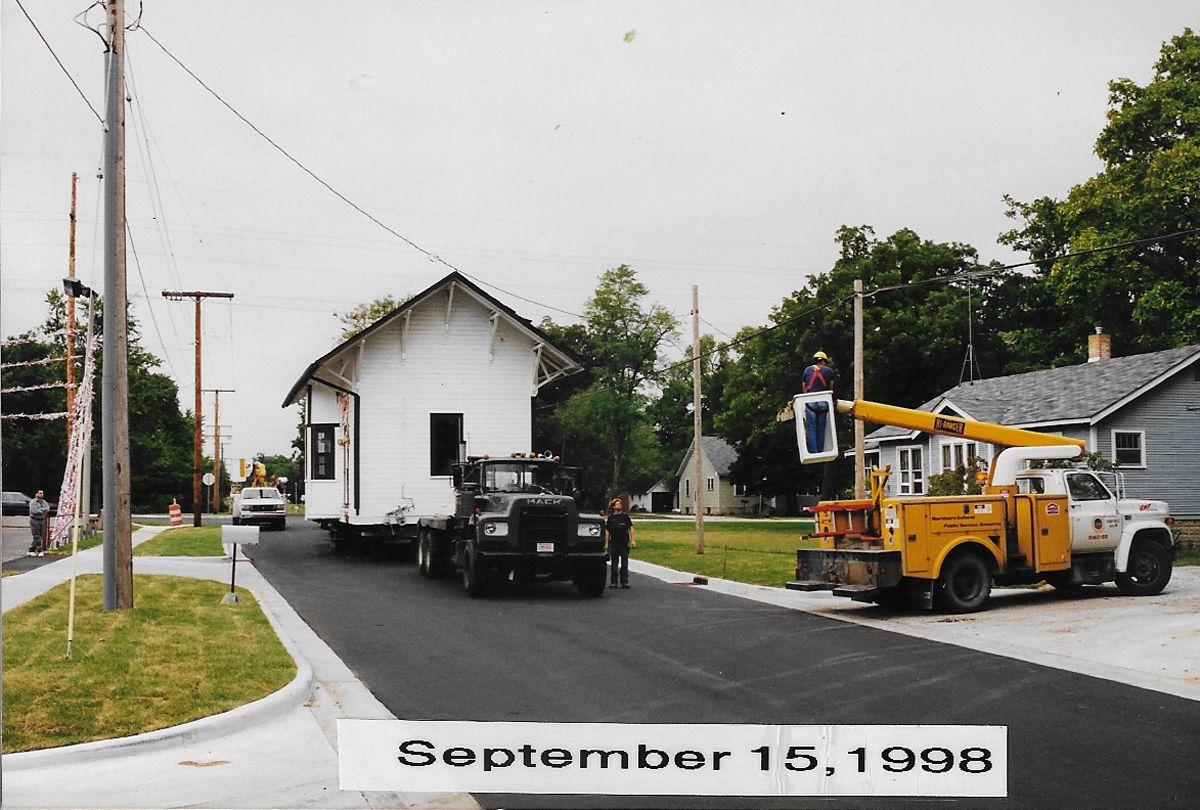 The depot is on the move to its new location at Spencer Park, where it was renovated into a museum. The museum is open through October every Saturday morning. 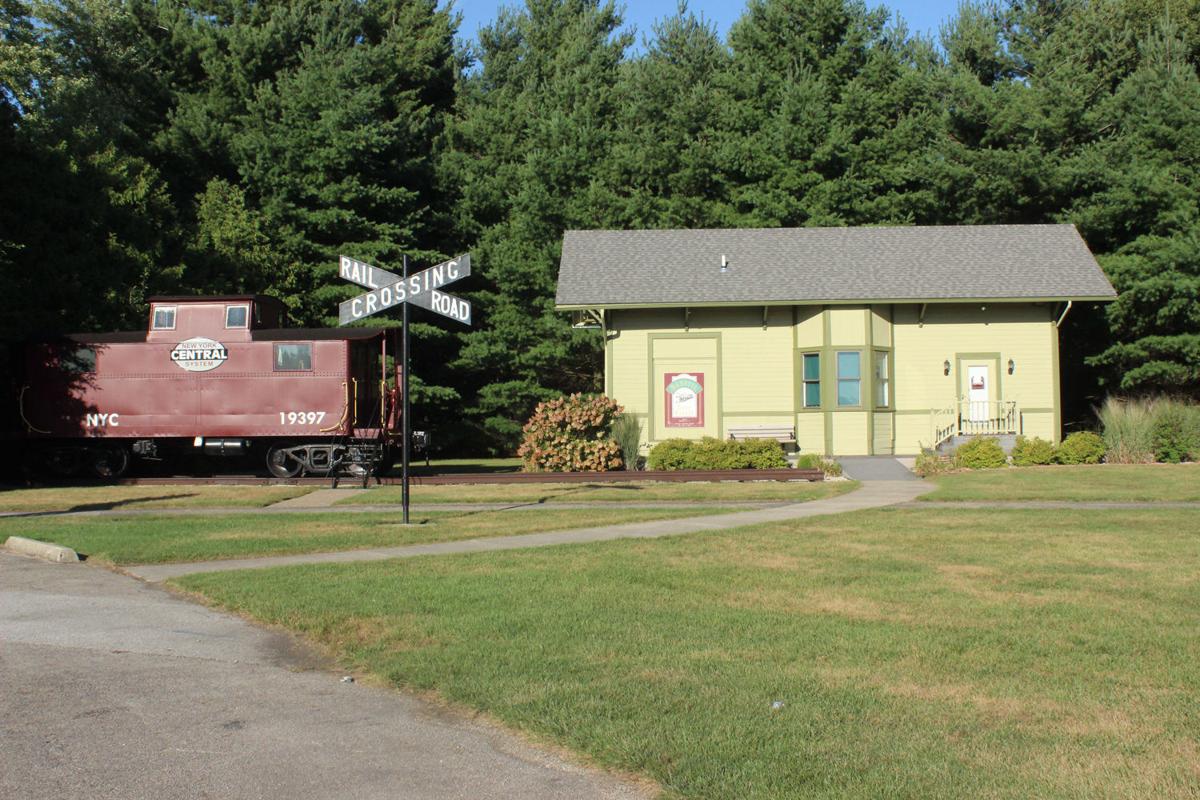 The DeMotte Depot Museum sits in Spencer Park. It was moved to the park 22 years ago. A caboose was added later and both have history on display. The DeMotte Historical Society opens the museum every Saturday from March through October.

The depot is on the move to its new location at Spencer Park, where it was renovated into a museum. The museum is open through October every Saturday morning.

The DeMotte Depot Museum sits in Spencer Park. It was moved to the park 22 years ago. A caboose was added later and both have history on display. The DeMotte Historical Society opens the museum every Saturday from March through October.

DEMOTTE — On Sept. 25, 1998, the DeMotte Historical Society opened the town’s depot, which had been used for a food pantry before being sold to the Town of DeMotte. The historical society had the building, which was in need of repairs, moved to its final location in Spencer Park, where it serves as a local history museum.

The DeMotte Historical Society was formed in January 1997 with the purpose of saving the old railroad depot building. The Depot was built in 1904, and was once a bustling stop for train travelers who once passed through the town. Once the passenger trains stopped coming, the depot fell into disuse and disrepair. The railroad moved it to a different location along the tracks, where it was neglected. The railroad finally decided to demolish the old building, and a group of people formed the historical society to prevent this from happening.

According to Donna Lageveen, the first president of the society, the Town of DeMotte purchased the building and the Historical Society had it moved and maintains the inside of the museum.

On Sept. 15, movers were on scene at 8 a.m., hooking up the depot and proceeding down the road to the Spencer Park location. Lagaveen wrote, “Utility, cable and telephone companies were there to assist. The local police made clearance down the needed streets to Spencer Park.” She said it took all day to move it to the park, taking it from its location, where the Good Neighbor Food Pantry is located, down residential streets to avoid the highway, and into the park from Division St.

She said the movers, Dillabaugh Movers, had six crew members. “You could hear the foreman many times telling them to be careful for their safety,” she said.

Division Street needed mailboxes and limbs removed before the depot could come down the street before turning into the entrance to Spencer Park.

To fund the purchase and renovate the depot, the historical society raised money through the sale of afghans made just for DeMotte with scenes from the town incorporated into the design. An article in the Kankakee Valley Post News written in 2016 states, “This successful fund raiser was one of many and the society also received grants from the Jasper Foundation as well. It didn’t take long, once the building was set and restored, for people to open their basements and attics and bring in items left behind by their ancestors, early residents of the Town of DeMotte. Each museum piece is tagged with a number referencing the item, who donated it and what it is.”

Later, the Historical Society was able to purchase an old caboose built in 1941 and similar to those that passed through town. The caboose was taken to the home of Bernie and Kathryn Vander Molen for restoration. Meanwhile, a set of railroad tracks, including ties and rails, was donated from NIPSCO, which was renovating some tracks near its Wheatfield plant. Charter society member Norm Chappelle said he learned a lot about building a railroad just from the short track they placed on the museum property. Once this was completed, the caboose was brought into town and placed onto the tracks where it resides as a tribute to times past.

The depot and the caboose are open Saturdays, from 10 a.m. to 1 p.m. through October and closes for the winter, reopening in March. The museum offers displays of local historical artifacts where visitors can see what life was like when the first settlers came to the area, learn how the town was built, burned and rebuilt and how people dressed and worked 100 years ago. The caboose can be a fun place for children to see first hand how the railroad workers lived while riding across the country on the end of a train. Stop in and view history as the Town of DeMotte grew and thrived across the decades.