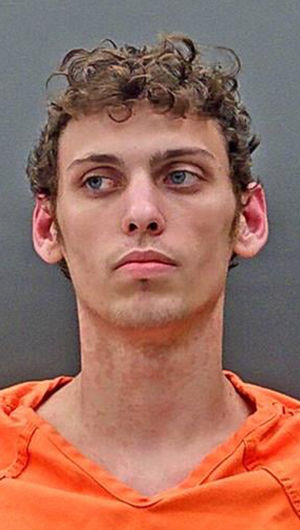 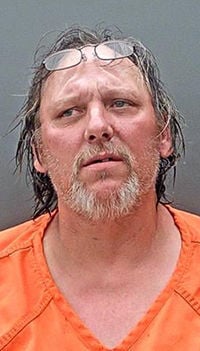 RENSSELAER — The Rensselaer Police Department nabbed a father and son for possession of methamphetamine while serving a search warrant earlier this month.

According to police, Dylan Boots, 20, and Shawn Boots, 47, were taken into custody on Sept. 3 after police arrived at an apartment on the 900 block of B-Mar Drive in Rensselaer.

Dylan Boots was a suspect in a case in which the Jasper County Sheriff’s Office was investigating. When police arrived at the apartment, officers located what was believed to be marijuana and a number of plastic baggies.

Police later found suspected meth and paraphernalia under the mattress in one of the bedrooms. They also found a male sleeping in the back bedroom of the apartment. But the name he provided showed no active warrants for his arrest and he was released from the scene.

It was later determined that the person’s real name was Shawn Boots, who is Dylan’s father. Shawn had an active warrant through Jasper County and he was later located several blocks from the residence and taken into custody.

Dylan Boots was also arrested on charges of possession of meth, a Level 5 felony, and a misdemeanor charge of marijuana and paraphernalia. Shawn Boots was charged with meth and possession of paraphernalia in addition to the warrant for his arrest for operating a motor vehicle while intoxicated and resisting law enforcement.

Dylan Boots was able to bond out of jail later, but he didn’t go quietly in the night. At approximately 9:30 p.m. that evening, officers received a 911 call from B-Mar Drive and dispatch could hear a woman screaming in the background.

When police arrived they were informed that Dylan Boots allegedly battered a female friend and left the area. The woman, who said she was struck by an object thrown by Dylan Boots, received injuries to her hand, back and leg after the altercation.

Boots was later located on Rutsen Street in Rensselaer and taken back to jail for domestic battery.

All subjects are presumed innocent unless proven guilty in a court of law.