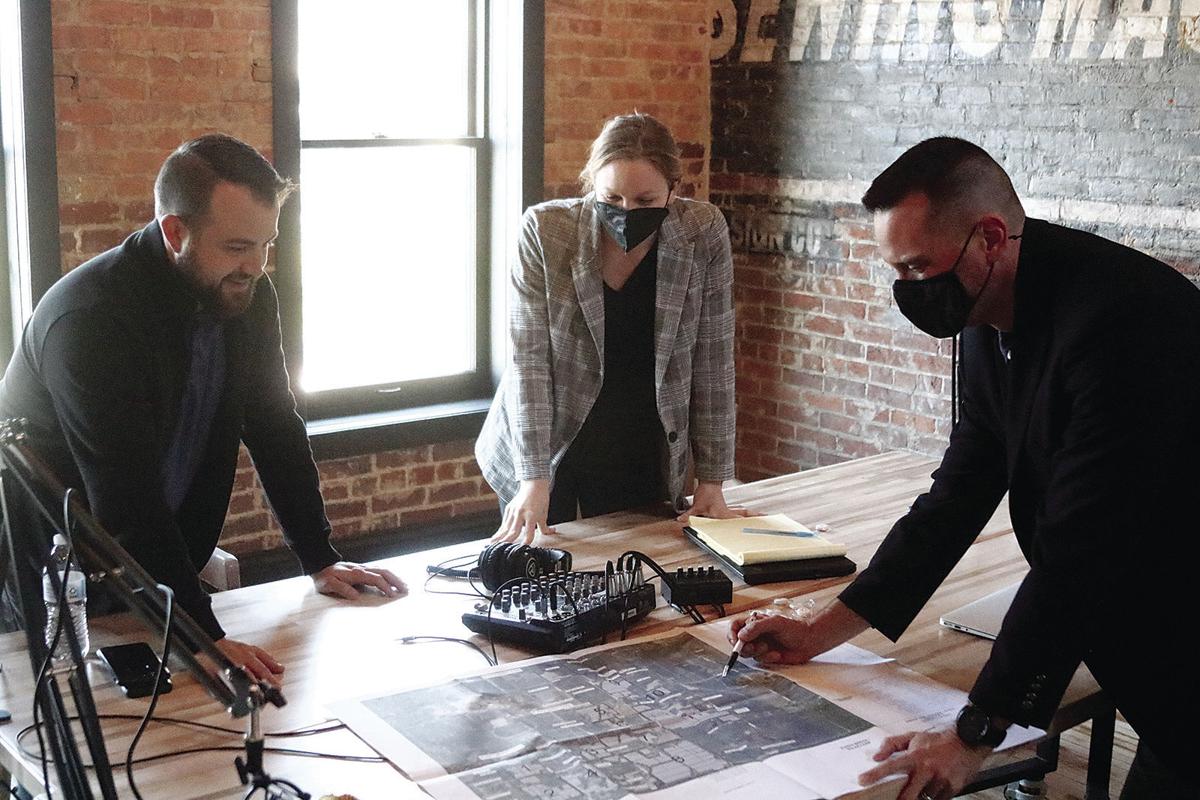 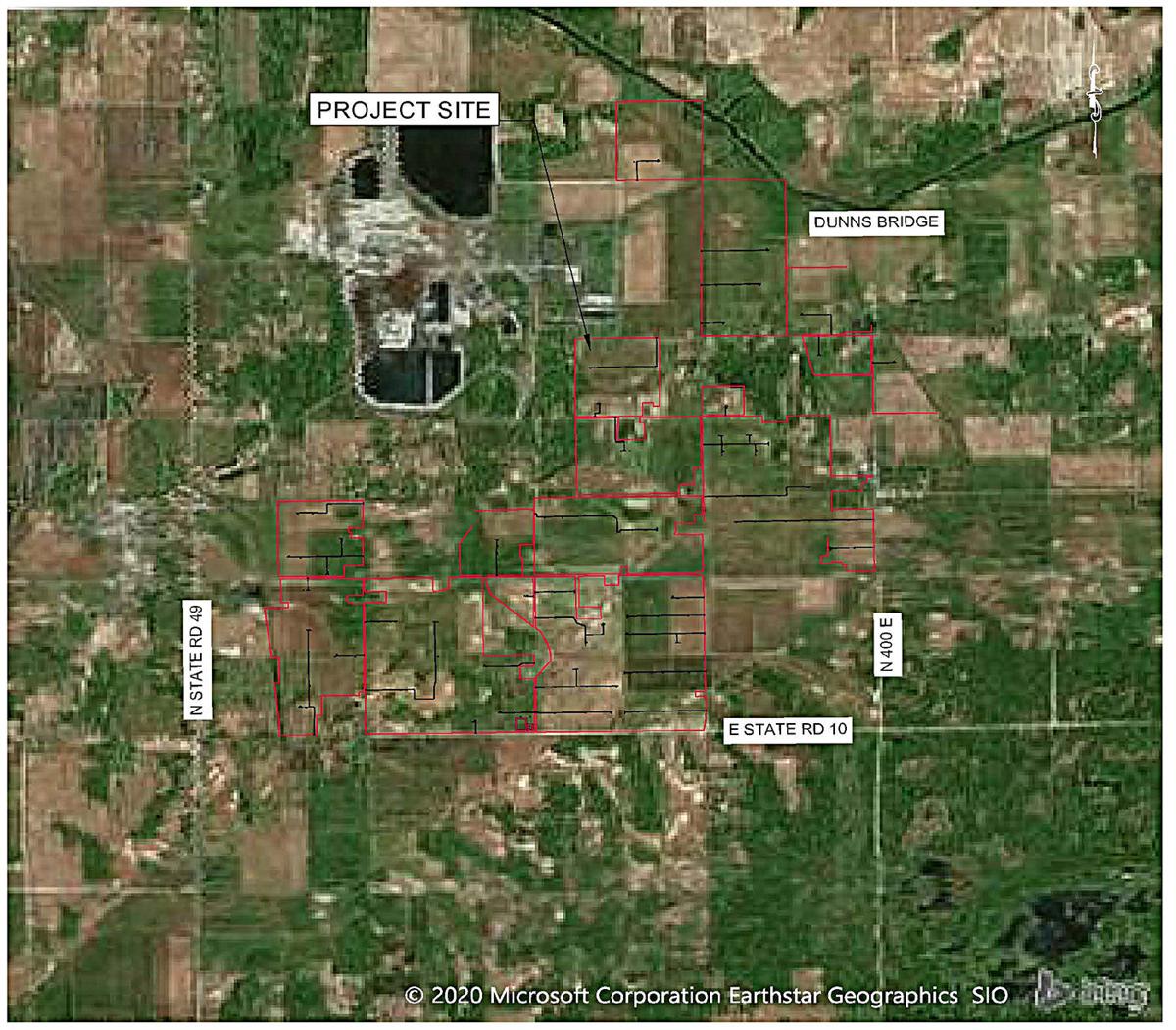 The two-phase project coming to 5,000 acres in and around Wheatfield will combine up to 700 megawatts of clean, solar energy with 75 megawatts of battery energy storage.

The two-phase project coming to 5,000 acres in and around Wheatfield will combine up to 700 megawatts of clean, solar energy with 75 megawatts of battery energy storage.

WHEATFIELD, Ind. — Once completed the Dunn’s Bridge Solar Project will be the biggest solar array east of the Mississippi River. The two-phase project coming to 5,000 acres in and around Wheatfield will combine up to 700 megawatts of clean, solar energy with 75 megawatts of battery energy storage.

The project will be located near NIPSCO's Schahfer Generating Station, its coal-fired power station in Wheatfield, which is planned for shutdown over the next few years.

The Dunn’s Bridge Solar Project is a subsidiary of NextEra Energy Resources, LLC, the world’s largest generator of renewable energy from the wind and the sun.

"With the existing coal facility coming offline this area provides a great opportunity to take their place with clean energy," said Zach Melda, NextEra Energy Project Manager. "Transmission infrastructure is already in place and the land surrounding the facility is farmland that is not as productive as most areas in the county due to soil content. Jasper County was very open to this type of project and landowners were very eager to talk with us, and partner with us."

Phase 1 of the project calls for a $308 million investment of a 265-megawatt solar project with an estimated 900,000 solar panels that will be capable of producing enough energy to power 79,500 homes. While Next Era Energy is currently negotiating the contract with the General Contractor for the project, the project is in position to start construction this August. Plans call it to be mechanically complete by September 2022 and online in late 2022.

The solar panels at the Dunn’s Bridge project will be equipped with a tracker system allowing the panels to move to track the sun across the sky to maximize production.

"We are in a good spot as far as the timeline goes and we are ready to execute those plans," added Melda.

Phase 2 will add the capacity to produce 435 megawatts of solar power paired with 75 megawatts of battery storage. The project will include an estimated 1,500,000 solar panels and is expected to be operational in 2023. Dunn’s Bridge II will be capable of producing enough energy to power 130,500 homes. Dunn’s Bridge Solar I and II are expected to generate approximately $59 million in additional tax revenue for Jasper County over the life of the projects and approximately 300 jobs during construction. Additionally, during construction local businesses would have opportunities to supply materials to support the construction of the project. Other businesses such as hotels, restaurants and grocery stores also benefit from the increase in worker activity during construction.

"The big thing this project will do is stabilize the tax base in Jasper County with the upcoming loss of the Schahfer Generating Station," said Jasper County Economic Development Organization Executive Director Stephen Eastridge. "This will let us survive the closing of such a major factor of our tax base and help us continue to grow beyond that."

The design of the project came after environmental studies so that the panels can be placed to avoid or minimize impacts to environmentally sensitive areas and drainage.

NextEra Energy Resources say protecting wildlife and sensitive natural habitats is a priority for them.

"As part of our development process, we conduct thorough wildlife studies and ensure each site complies with all local, state, and federal environmental regulations," stated the company on its website.

Utilities across the country are increasingly selecting energy storage and renewable resources as a cost-effective and environmentally sustainable alternative to traditional sources of power generation. No form of energy is free from environmental impact; however, solar energy has among the lowest impacts as it emits no air or water pollution.

"Jasper County was extremely helpful and easy to work with," said Melda. "We want to thank Jasper County for passing a solar ordinance that allows us to build here. Commissioner Kendell Culp, Stephen Eastridge, and Mary Scheurich (Jasper County Planning and Development Director) were all great throughout this process and helped us immensely. We’re excited about the project and we look forward to working in the community and generating low-cost, homegrown solar energy in Jasper County for years to come.”