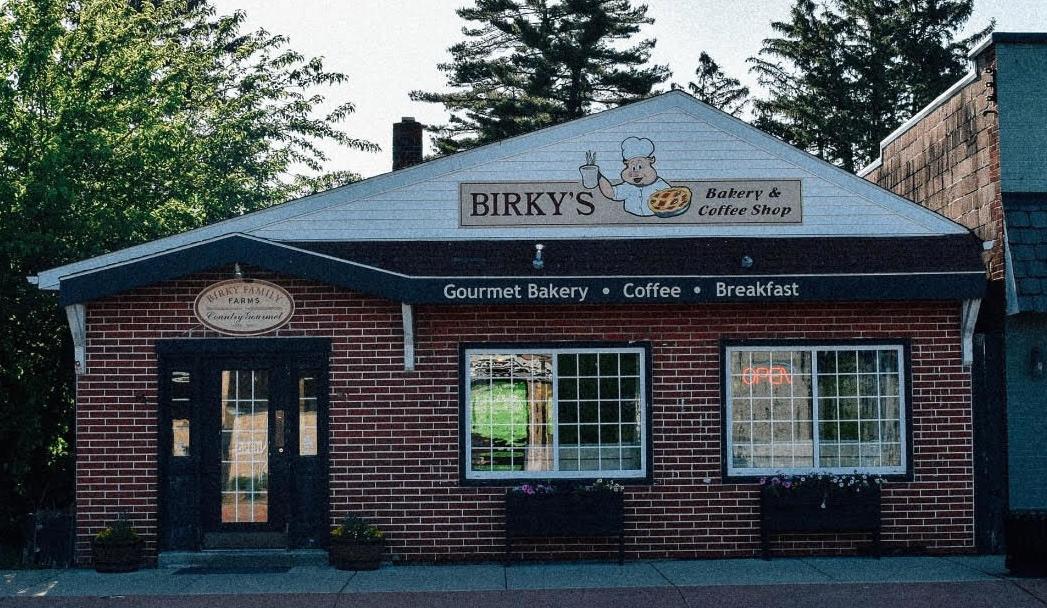 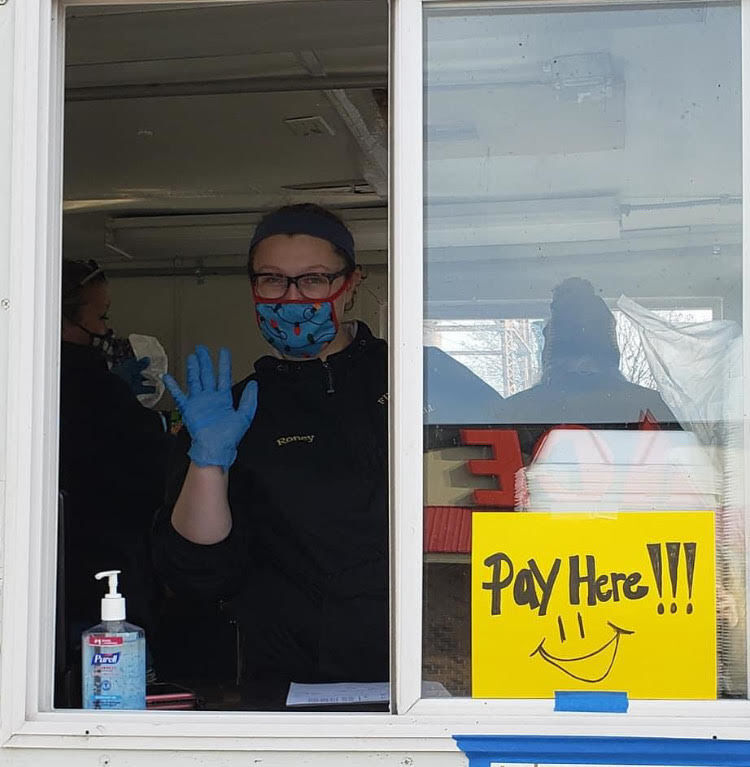 In March of 2020, the restaurant started curbside and in-store pickup. The customers weren’t allowed to eat inside.

In March of 2020, the restaurant started curbside and in-store pickup. The customers weren’t allowed to eat inside.

KOUTS, Ind. — A bakery, restaurant, catering service, and independent seller of homemade ice cream, pizza, and more, has offered open arms in the town of Kouts during the unprecedented turn of events in 2020.

Birky Family Farms Country Gourmet, founded by Chris Birky in 1995, has an interesting upbringing. As a young child, Birky lived on a farm with his siblings. Other than school activities and church, he focused on working on the farm with pigs. Birky’s father was a part of Northwest Indiana Pork Producers and worked at numerous events to sell their pork from the farm.

In the 1970s, Birky would “get dragged by my father to those events, and I would have to stand there and cook the pork.”

After Birky graduated from Goshen College in 1990 with a degree in Business and Managerial Economics, his brother wanted to find a way to earn more income.

As Birky aged, he noticed that the amount of pork produced across the state grew smaller.

After Birky graduated, his brother and himself continued to work on a farm, producing pigs and selling meat out of his brother’s house.

In 1995, Birky’s brother and himself “merged” with their father to work on one farm, and eventually started to build the first store on the farm. The trio earned their catering license from Northwest Indiana Pork Producers, and “began the journey of Birky Family Farms Country Gourmet.” said Birky.

Although COVID-19 made some business slow down, there was an upside to it all.

“This made people aware of us,” said Birky. “Since we were a safer option, and people wanted to go out, they seemed to notice us more.”

Kristle Crider, the manager of Birky Family Farms experienced all of the COVID-19 restrictions and rules firsthand.

Crider explained about the different cleaning procedures that the restaurant now follows. “Now, the workers have to clean commonly touched surfaces at the beginning of every shift throughout the entire day,” Crider explained. “This includes doors, tables, chairs, and countertops. They also have to run the dishes through the sanitizing dishwasher instead of just sanitizing them with a spray.”

Crider added that they still kept all of these practices, even after the regulations were lifted.

“It was difficult to adjust so quickly to a different way of doing things,” Cridier noted.

Other than Crider in the managerial position, the cashiers and food service workers are mainly employed by high school or college students. At the beginning of the pandemic, Crider and Birky decided to send all the workers home for two weeks, to ease some of the parent’s nerves.

“It took about four weeks to get every employee back,” said Crider. “We even lost an employee within that four week period.”

In March of 2020, the restaurant started curbside and in-store pickup. The customers weren’t allowed to eat inside. Since all of the younger workers were gone, there were only two workers upfront, so that caused the restaurant to shorten their hours until they obtained all of their employees back.

“We also dealt with a large glove shortage, which is still going on. Spoons and forks are hard to get right now, too,” said Crider.

Catering, which is one of Birky Family Farm’s largest services, “came to a standstill” during the pandemic, Crider said. “The summer months it felt like we had nothing.”

Birky’s showed some heart to the community during the rough months of the pandemic. Crider would offer delivery services to anyone who wasn’t able to make it out to the restaurant.

“Even some children who lived out of state, but their older parents lived in the state, they would order lunch for,” Crider said. “They just wanted them to know there was still some good in the world.”

Crider also received a handful of orders for gift boxes, which is a $75 box filled with homemade ice cream, pizzas, and a selection of meats. One of the biggest orders she received was a 15-box order from a church. Crider said that they wanted to do this because they wanted people to “know that there’s someone out there that still cares.”

Since the pandemic has been easing, Birky Family Farms has been bouncing back, especially on their catering services.

“People want their families together again,” Crider said. “They want any reason to be together since it’s been so long.”

With closing thoughts about the pandemic and a hopeful heart for the future, Birky said, “As an owner, you just have to do it best. You need to trust you’re doing the right thing.”

The store is currently hiring for fair workers. If you’re interested in an application, call the store at 219-766-3851.

The store is located at 205 S Main Street.