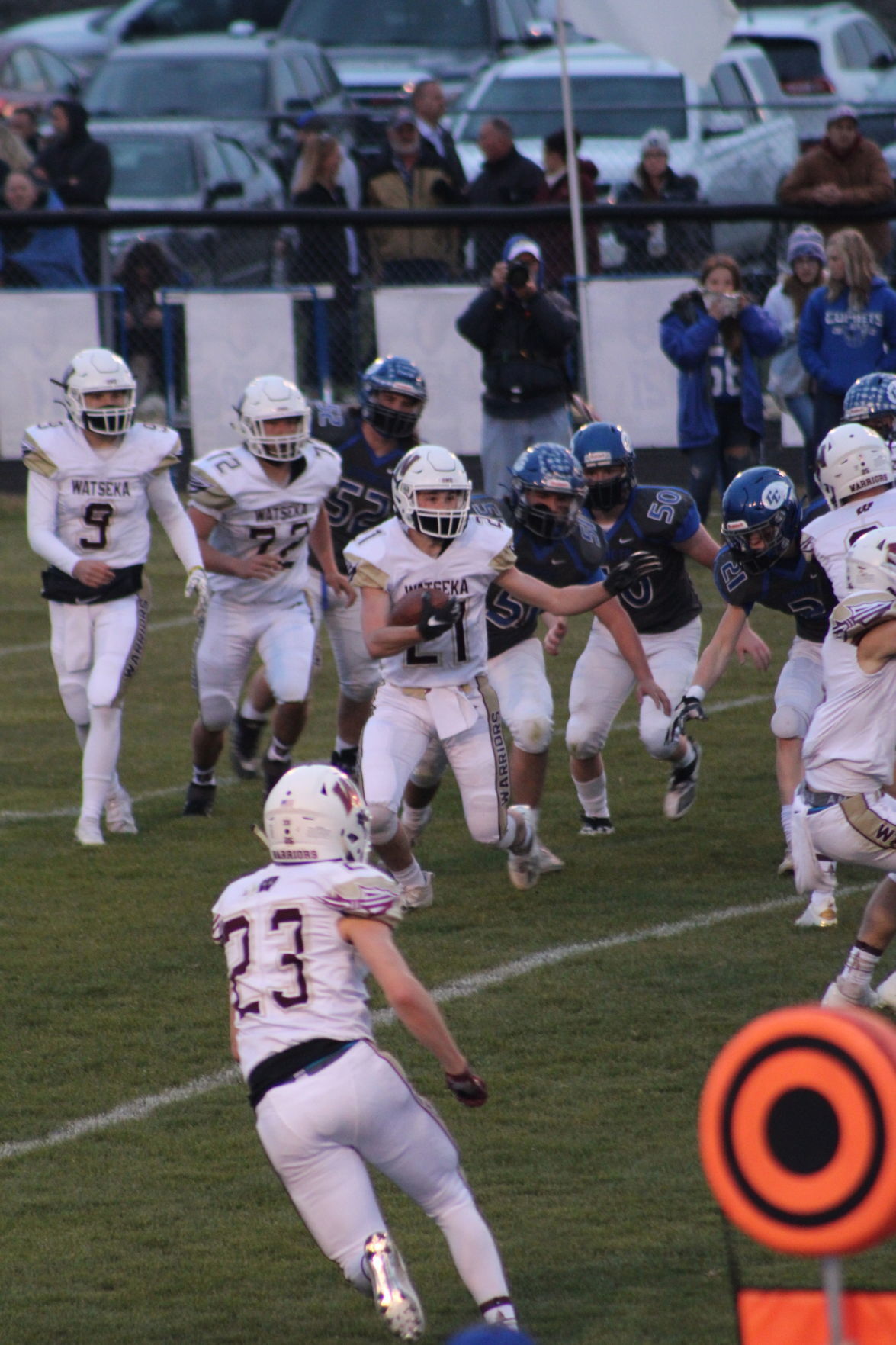 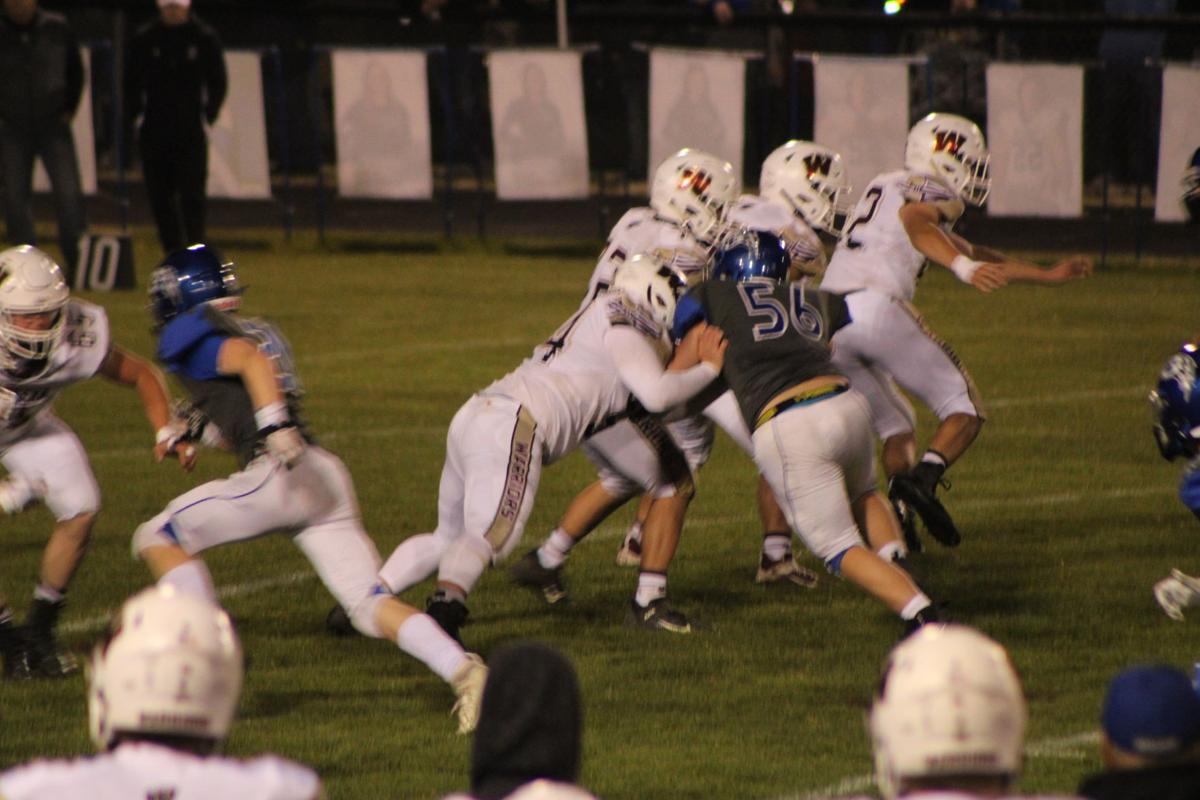 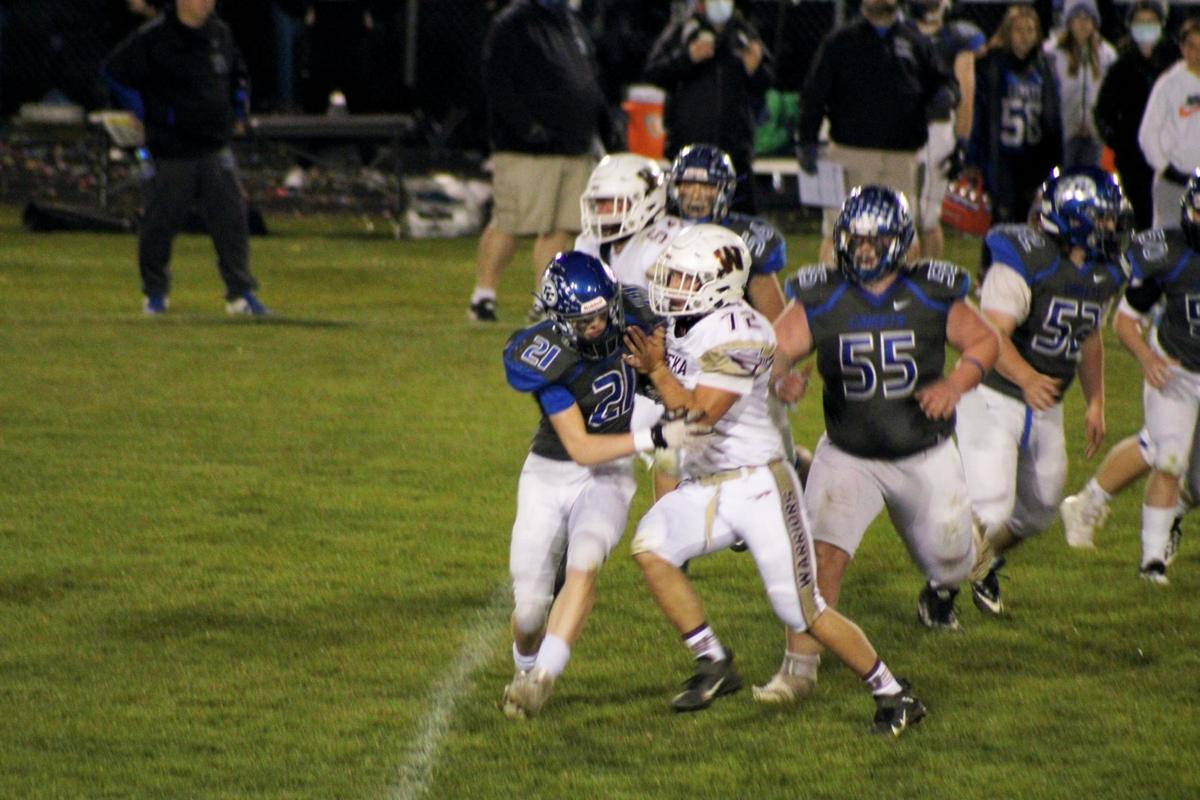 The Central Comets and the Watseka Warriors fought for the final Sangamon Valley Conference title in football and it went down to the last few seconds.

Central’s Jacob Shoven ran for three yards and a touchdown in the first quarter to get his team on the board first. The point after kick by Chandler Burrow was no good.

Watseka’s Drew Wittenborn competed a pass to Brayden Haines for a 10-yard touchdown. Henry Pavlak’s point after kick was good to make it 7-6 in Watseka’s favor at the end of the first quarter.

Central’s Logan Behrens ran for a 12-yard touchdown to start off the scoring in the second quarter The two-point conversion run was no good and the Comets were up 12-7.

Not long after that, Watseka’s Wittenborn completed a 50-yard pass to Brayden Haines for a touchdown. Pavlak’s point after kick was good and the teams went to the locker room with a 14-12 score in favor of Watseka.

The Comets’ Chandler Burrow started off the scoring in the third quarter with a 23-yard touchdown run. The two-point conversion pass by Lemenager to Shoven was good to make it 20-14 Central.

Watseka was able to score with 21 seconds left in the third when Conner Curry ran for a 32-yard touchdown. Pavlak again made the point after kick and Watseka was ahead 21-20 at the end of the quarter.

In the fourth quarter, Lemenager completed a pass to Burrow for seven yards and a touchdown. Lemenager then made the two-point conversion run and the Comets were ahead 28-21.

With 2:21 on the clock, Lemenager again ran for a touchdown and Burrow made the point after kick to make it 35-21.

But with 1:30 left, Watseka’s Curry ran three yards for a touchdown but the point after kick was no good. The score was 35-27 in favor of the Comets.

With 41 seconds left, Wittenborn completed a pass to Haines for a 47 yard touchdown and Curry made the two-point conversion run to tie up the score.

But with 8 seconds remaining in the game, Lemenager completed a pass to Caden Perry for four yards and a touchdown and Burrow made the point after kick to end the game with the Comets winning 42-35.