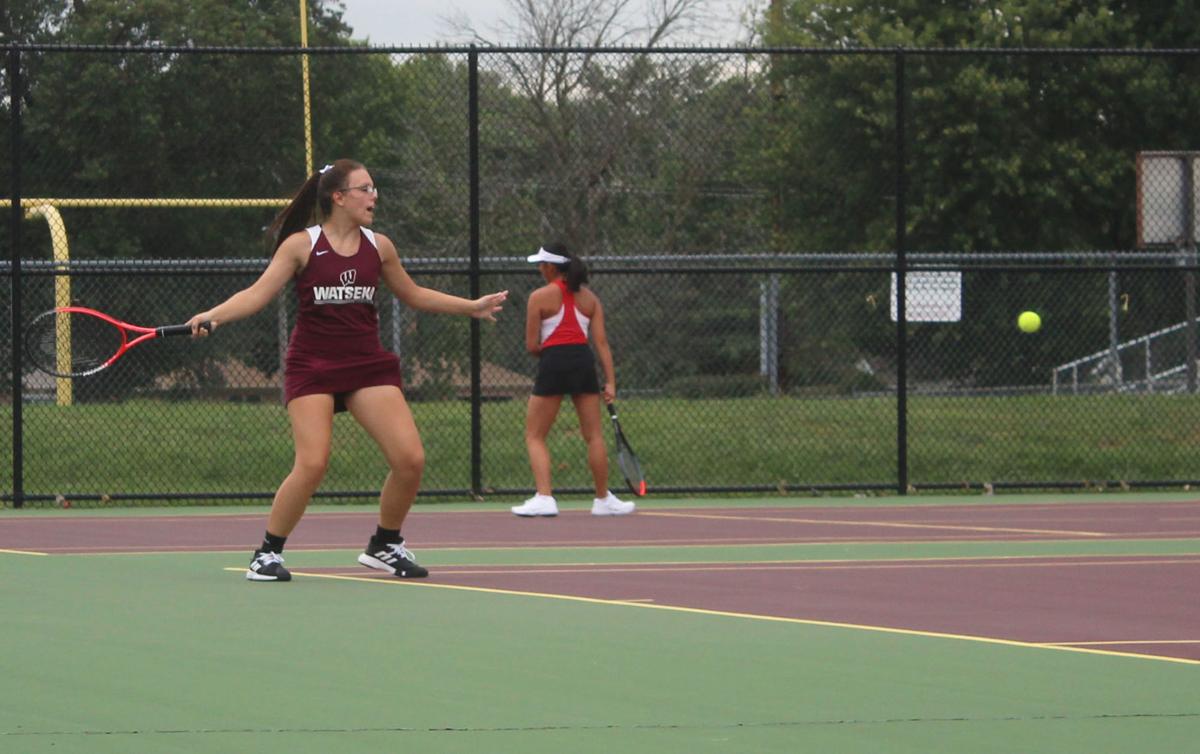 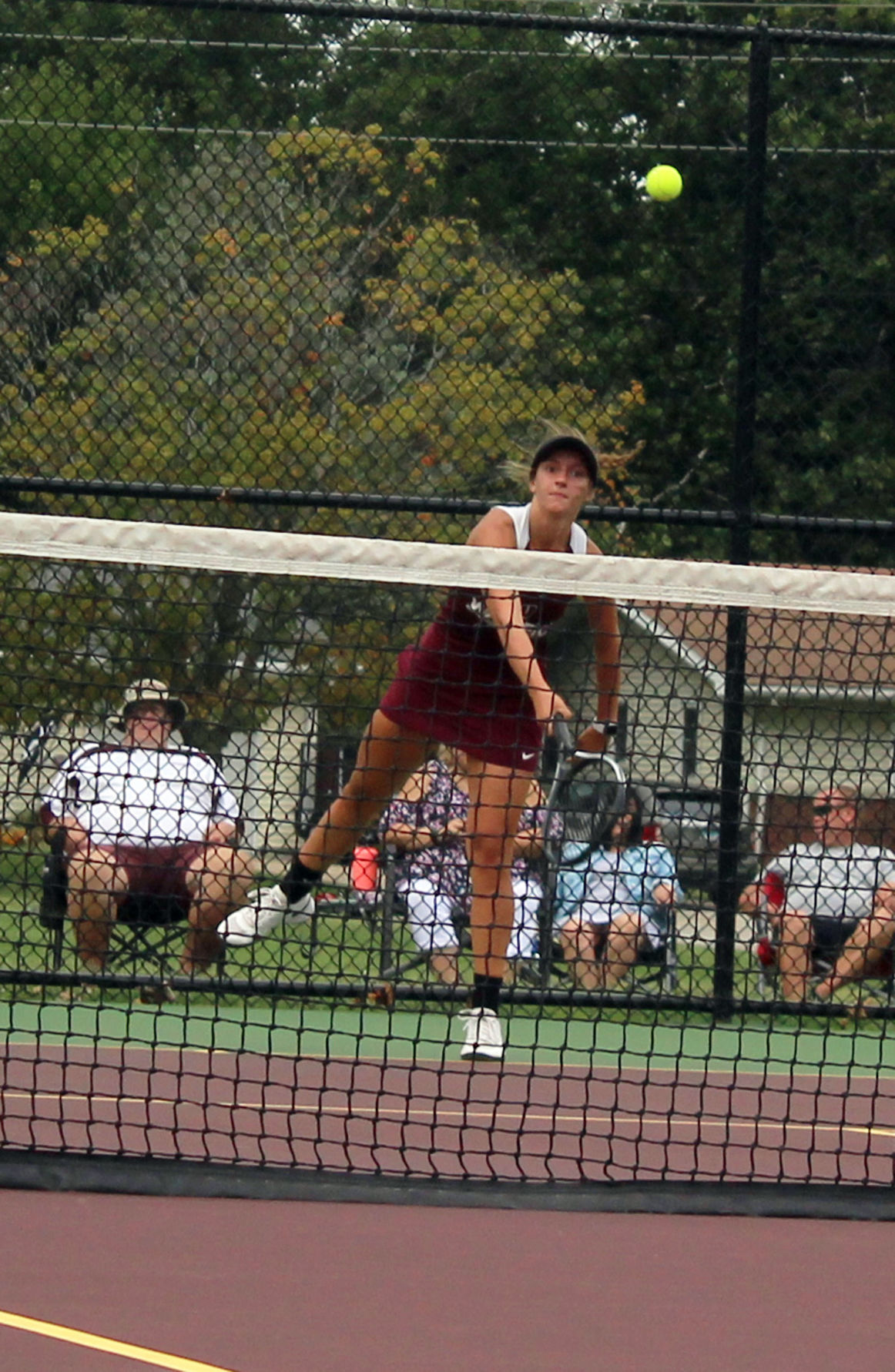 Sydney McTaggart hits the ball on a serve for Watseka.

Sydney McTaggart hits the ball on a serve for Watseka.

In the number one singles match, Katie Steidinger of GCMS defeated Ashton Peters of Watseka.

For Doubles, Watseka’s Ashton Peters and Emma Simons defeated Katie Steidinger and Lexi Cliff in the number one match.

Rounding out the evening in the number three doubles match, Baylor Cluver and Elixabet Wittenborn of Watseka defeated London Hixson and Julianne Sancken of GCMS.

The girls then went on to take on Centennial on Sept. 9 where they fell 8-1.

“They are so experienced and so skilled but are always a nice group of girls and we learn a lot playing them. Our girls worked hard, fought for every single point and werre able to pull some games off of the other team.”

The Watseka tennis team’s next match will be Sept. 15 against Schlarman.