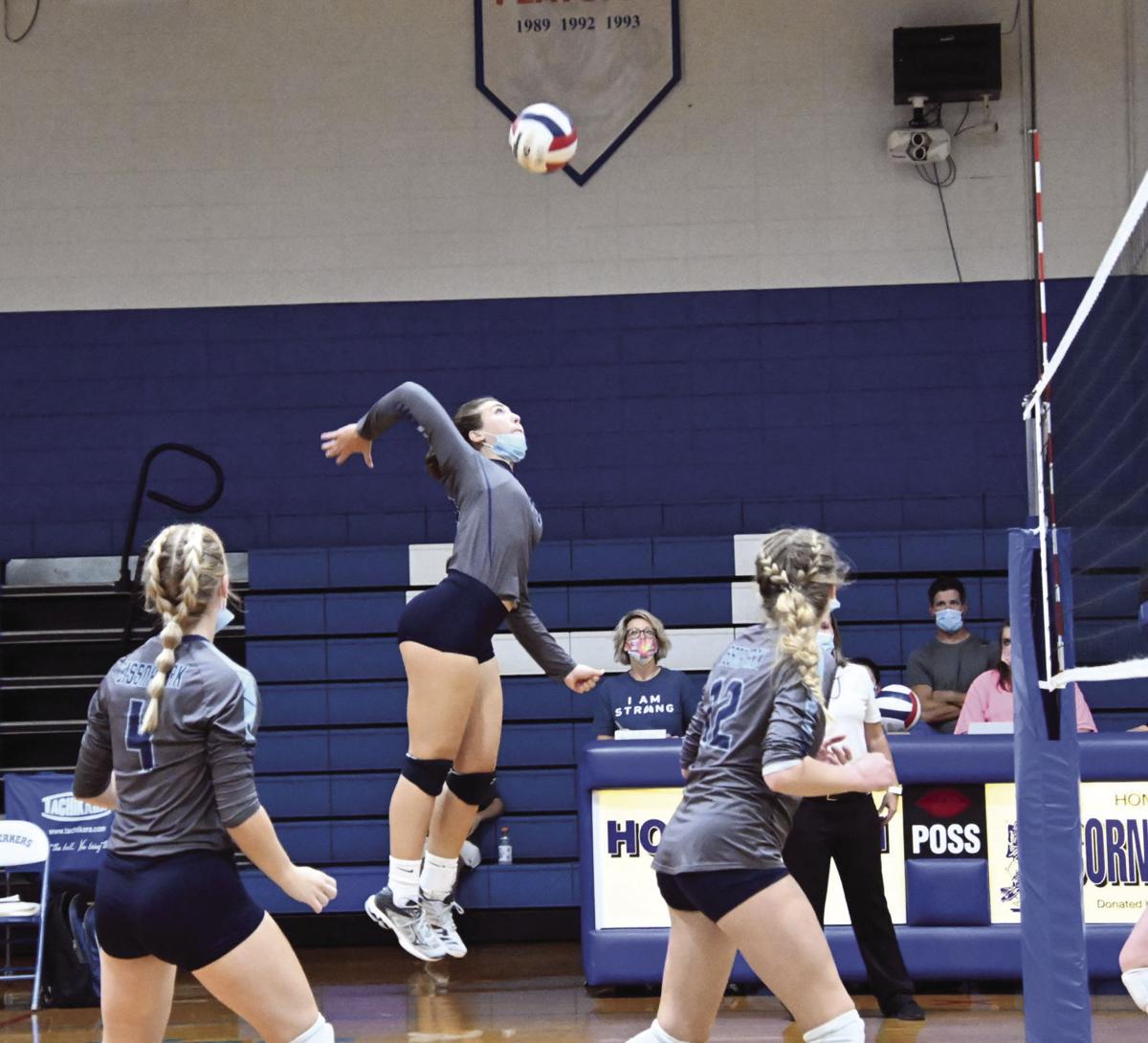 Emma Morrical goes in for the kill. Additional photos can be found at timesrepublic.info. 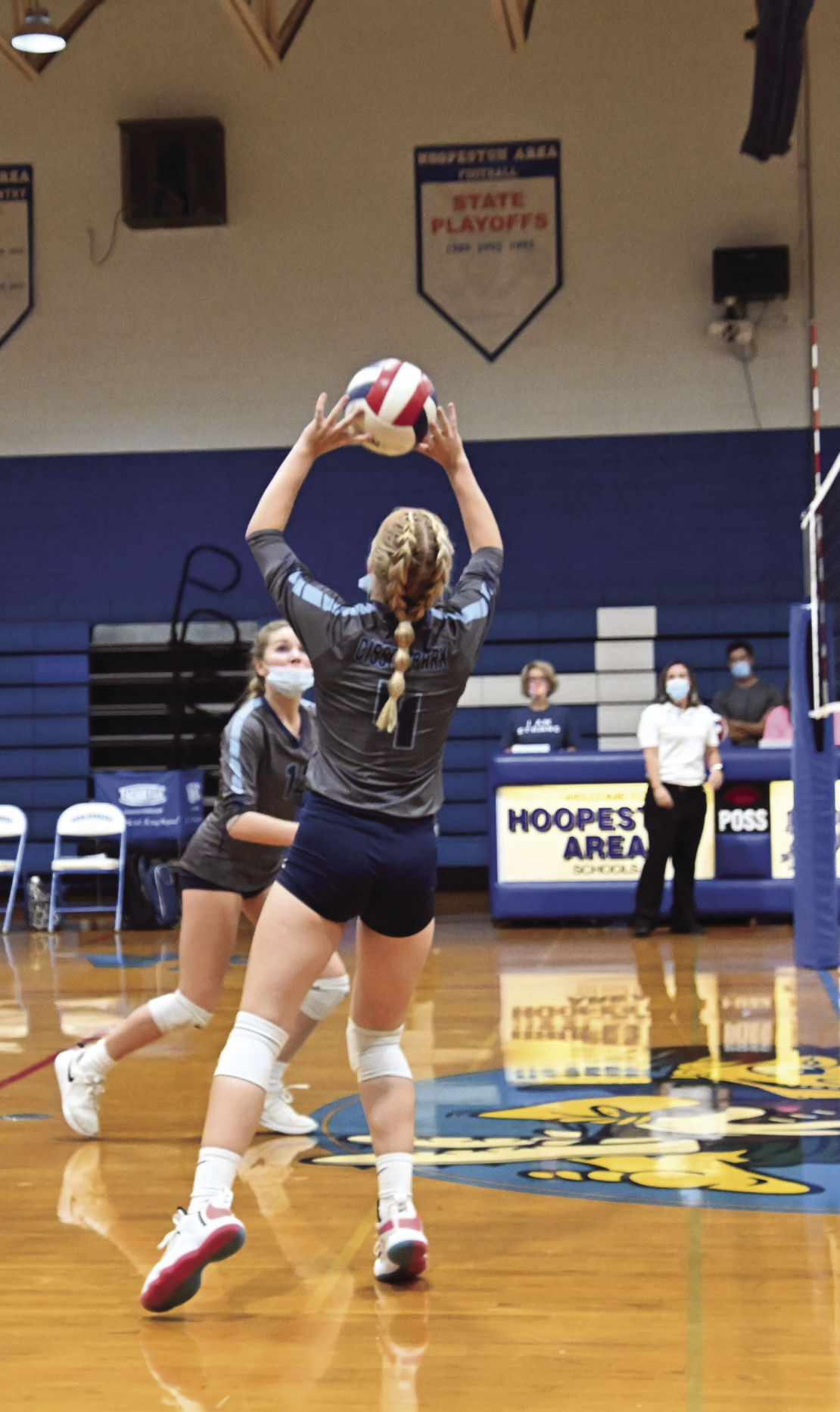 Mikayla Knake sets the ball during the match against Hoopeston. 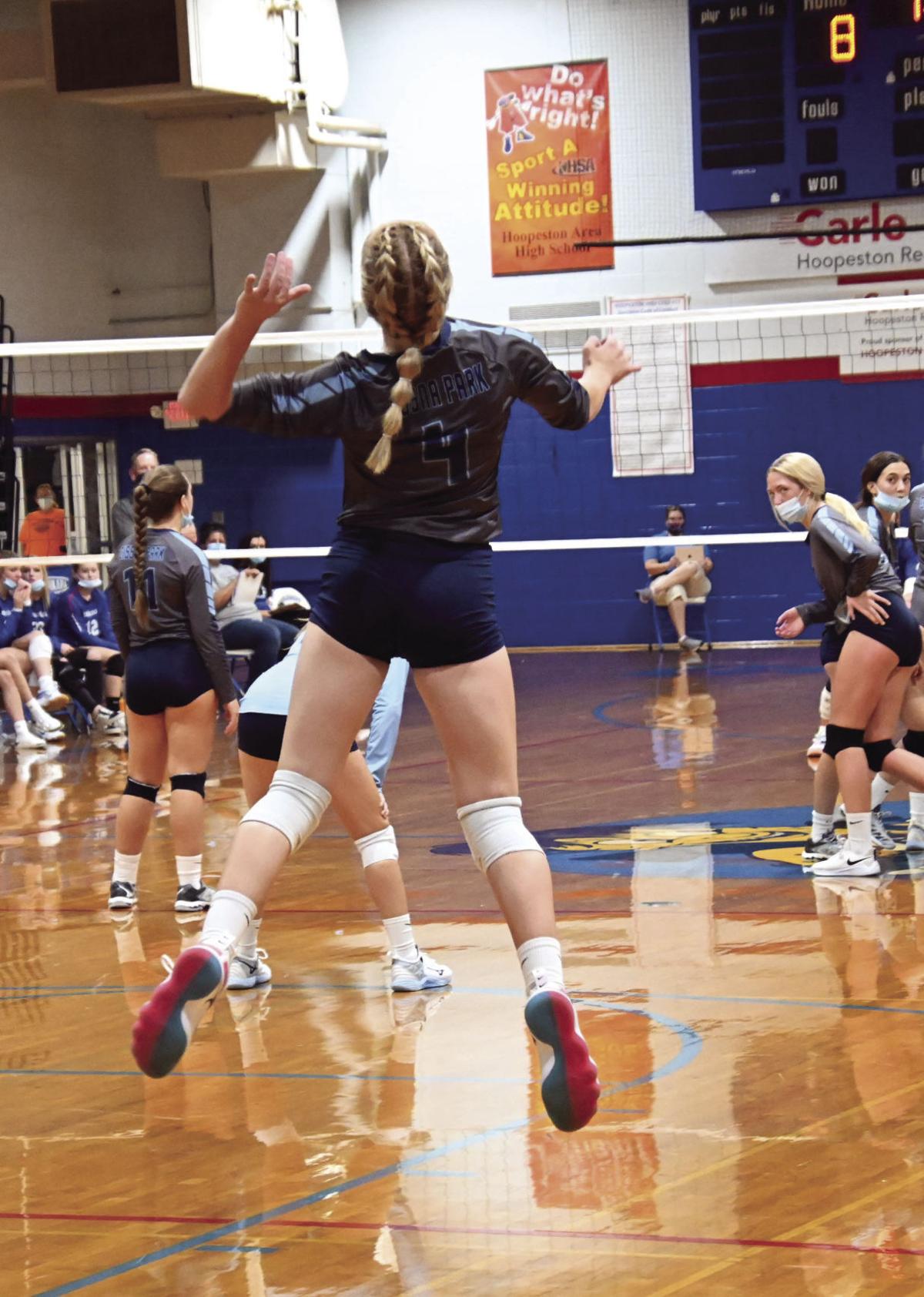 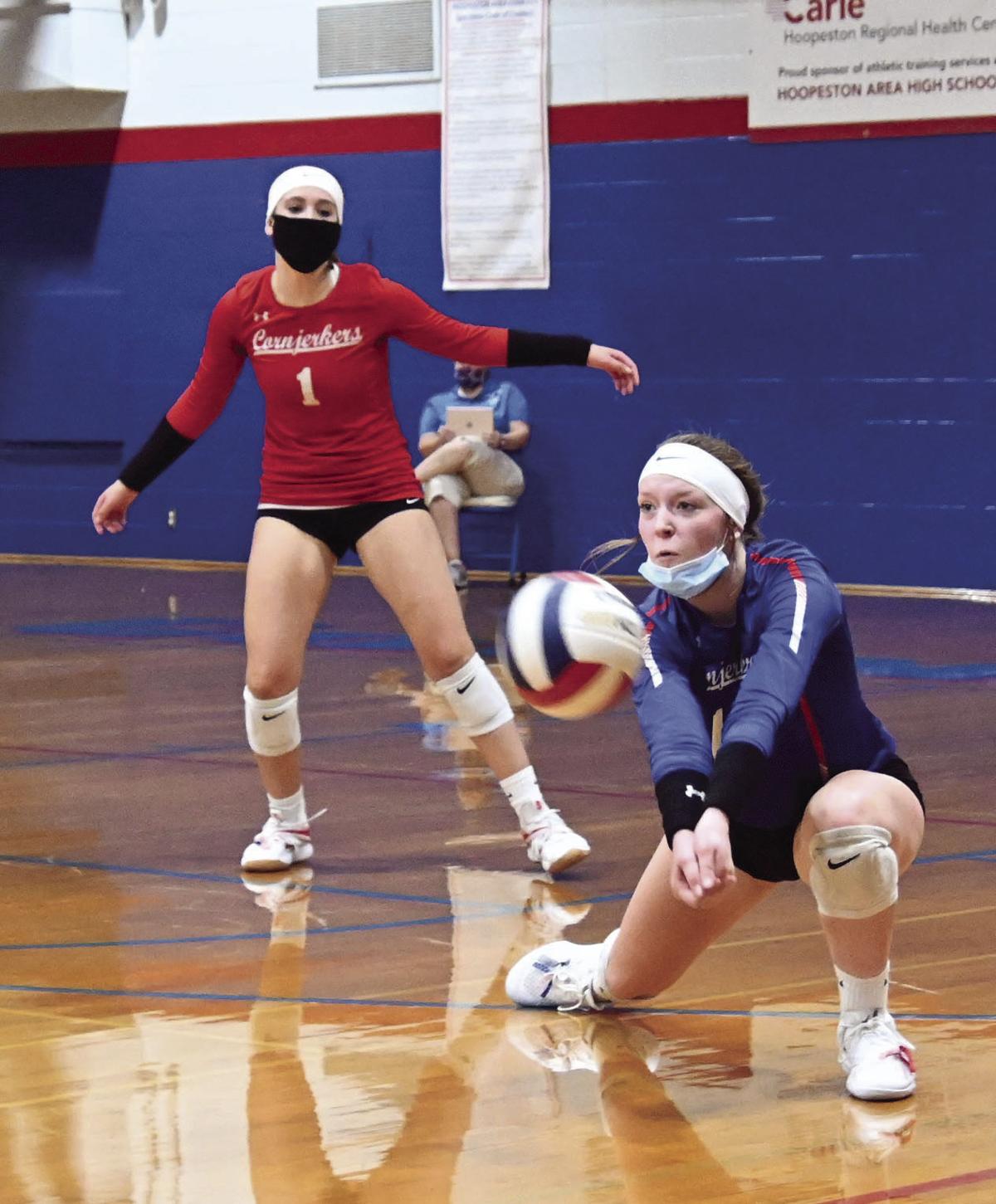 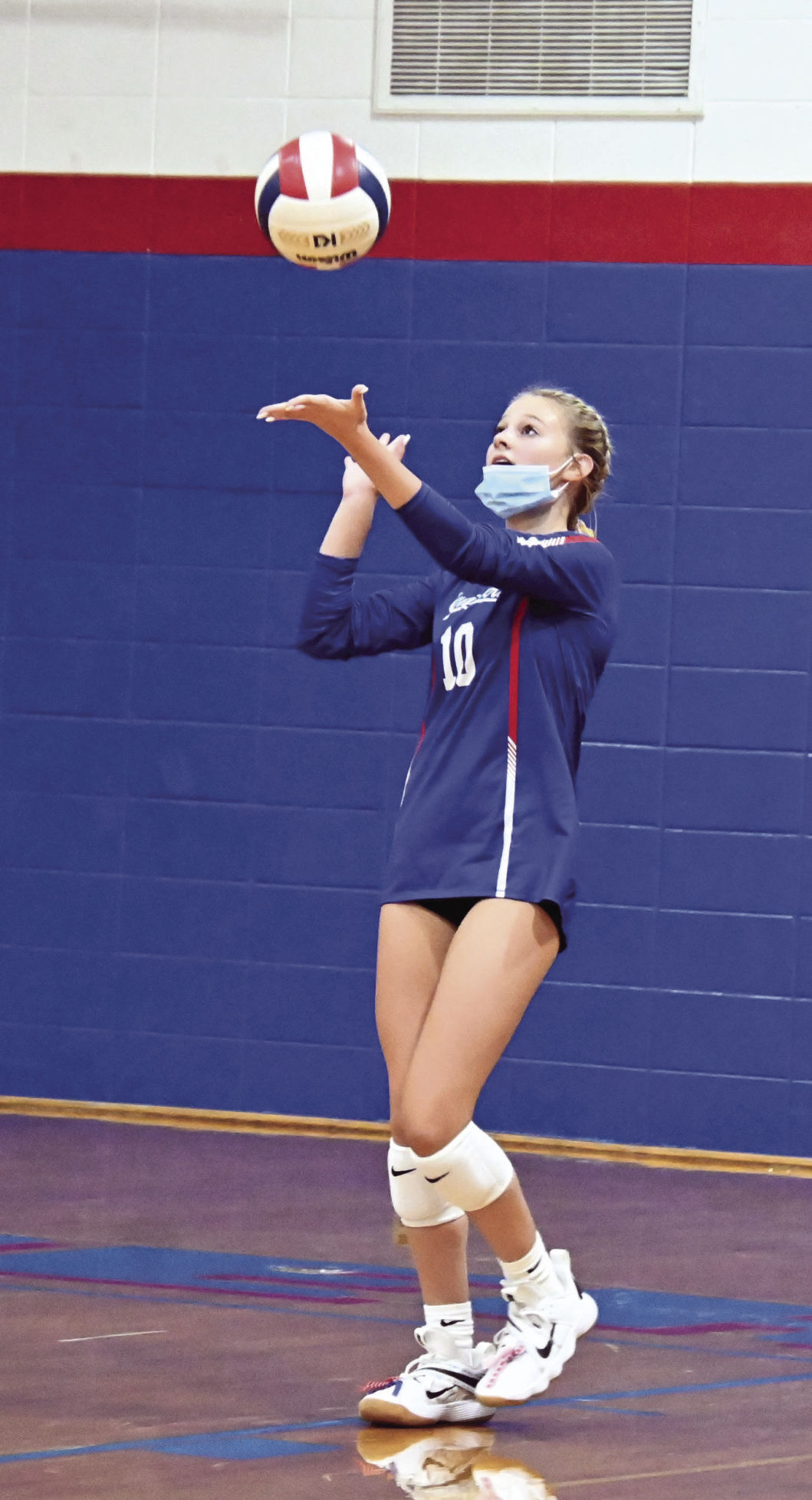 Lacie Bremeyer serves the ball during the game with the Timberwolves.

Emma Morrical goes in for the kill. Additional photos can be found at timesrepublic.info.

Mikayla Knake sets the ball during the match against Hoopeston.

Lacie Bremeyer serves the ball during the game with the Timberwolves.

The Timberwolves attempted to go on the attack but could not convert early. Hoopeston took an early 2-0 lead. Back to back Timberwolf kills helped to swing the lead back in Cissna Park's favor 4-3. The two teams would battle for the momentum over the next several possessions. The score was tied at seven when a service error gave the ball back to Cissna Park along with the lead. The Timberwolves took over from their outscoring Hoopeston 17-5. Emma Morrical put the exclamation point on the first game landing a monstrous kill that staggered the Hoopeston player who was on the recieving end. The final score Cissna Park 25, Hoopeston 11.

Cissna Park appeared to have the game well in hand shooting to a 5-0 lead right out of the gate. Hoopeston struggled land the ball inbounds helping the Timberwolves to expand on their lead. At 15-7 Bre Crose landed a kill for Hoopeston. The Cornjerkers struggled to capitalize on the moment and turned the ball back over on a service error. Slowly Hoopeston began to crawl back into the game. Cissna Park committed multiple unforced errors that allowed Hoopeston to pull within four points 23-19. A service ace cut the lead further for Hoopeston. A failed attack allowed Cissna Park to pull within one point of winning the match. Five consecutive Timberwolf errors gave the game two victory to Hoopeston, 26-24.

Game three began much like game two. Cissna Park grabbed the lead from the beginning. Another string of errors looked to give the game and the match to the Cornjerkers. Tied at nine Morrical landed a kill from the left side give Cissna Park a 10-9 lead. That play ignited the Timberwolves who grabbed control of the game and road it to a victory 25-15. The Timberwolves won the match 2-1.