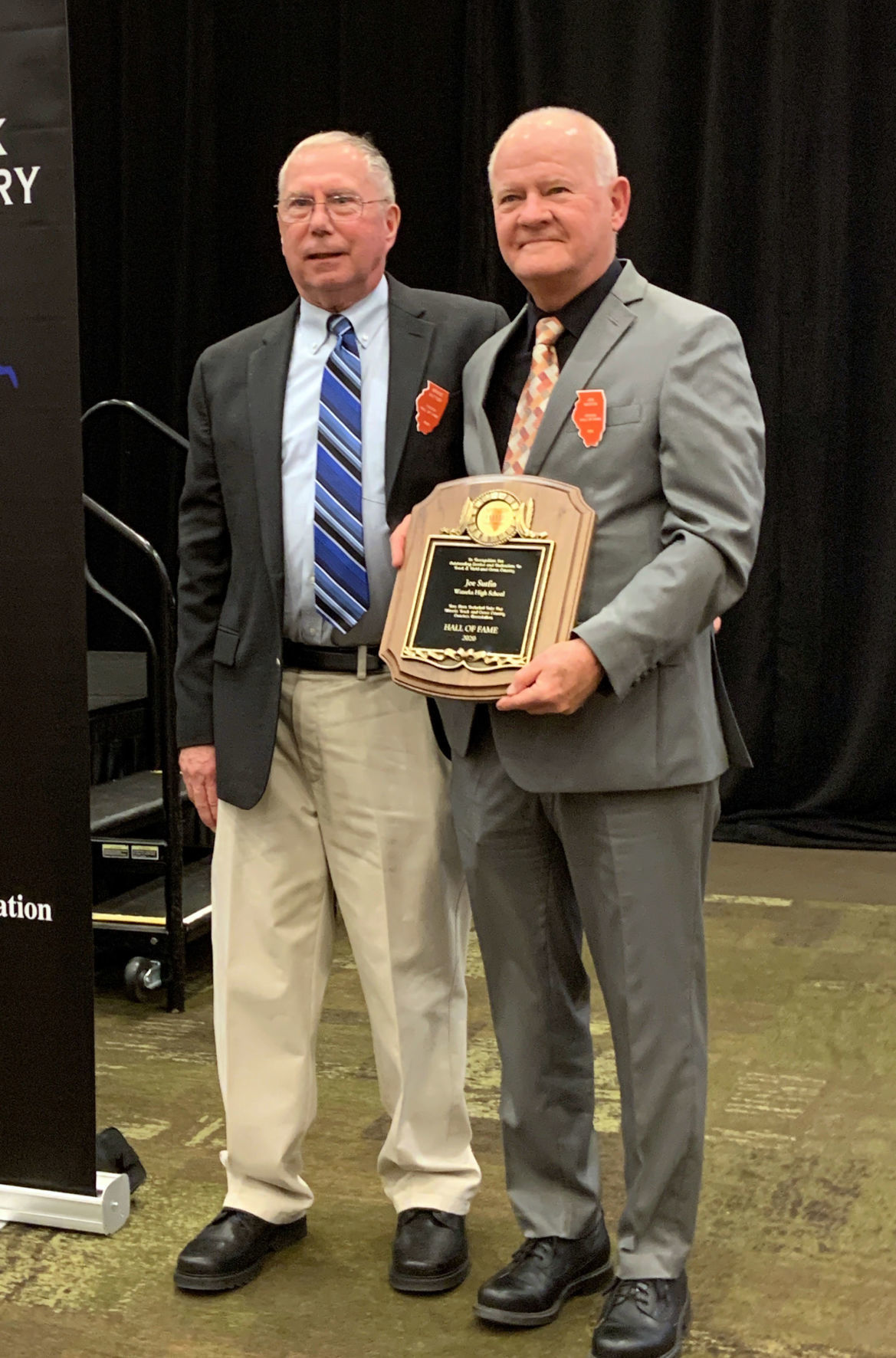 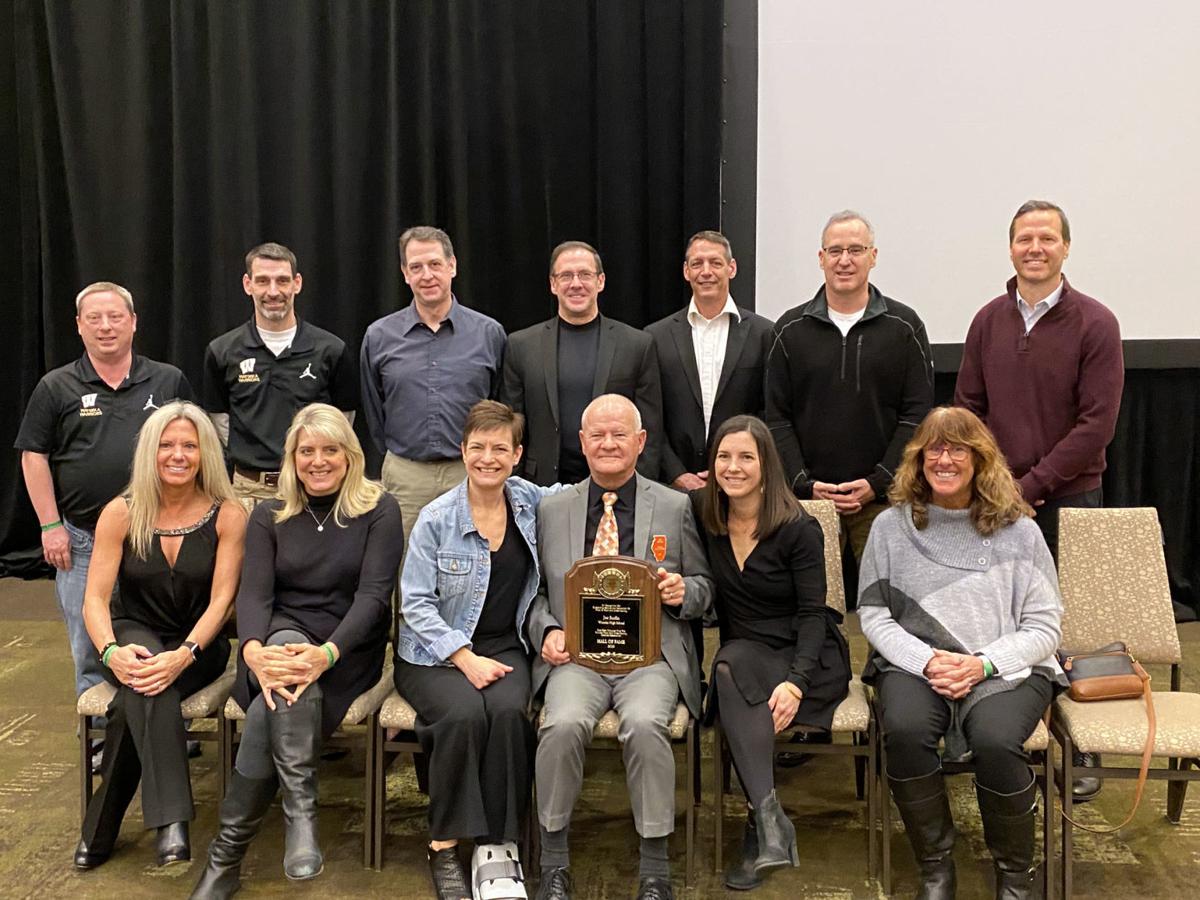 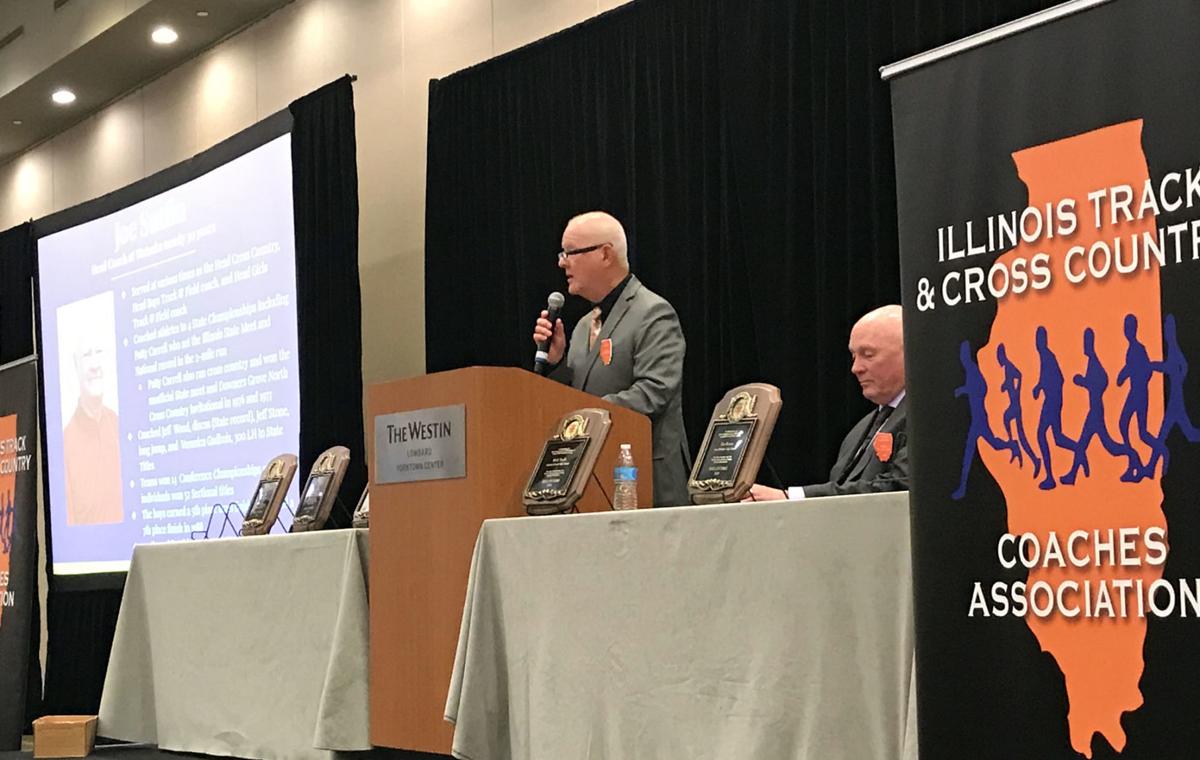 One of the many athletes he coached was current high school girls track coach, Troy Simpson.

"Coach Sutfin truly cared about each individual on the team," he said.

"He was always prepared and expected the best from his student athletes."

The event was hosted in Lombard, with ITCCCA Hall of Fame Chairperson Bruce Ritter presenting the award.

"It was a very nice weekend. I saw some kids that I had coached in '83 and they came to the induction. It was a great weekend," said Sutfin.

"My basic coaching philosophy came from a quote from the late, great Steve Prefontaine. The quote was 'to give anything less than your best is to sacrifice a gift'," said Sutfin during his speech.

"I told myself as a coach my athletes will not keep much inside. So, implementing that philosophy, we pushed our athletes to their absolute limits no matter what their abilities and we continually stressed individual improvement. We worked extremely hard."

Sutfin credited much of his success to the athletes he has coached over the years and the work they put in to push their abilities to their limits.

"Our young men and young women took special pride in their work ethic and believed in never being out worked by their competition. This allowed them to have great personal growth which led to our teams success. They are the reason I stand before you today," he said.

"As far as the honor goes, I've got to give all the credit to the kids. When you sit there and somebody lists all of things that we've accomplished as far as individuals and teams, it's all the work that the kids did. I basically led them in the right direction and worked them pretty hard but because of their dedication and hard work we were very successful so I thank them for that."

Sutfin also offered up some advice to up and coming coaches looking to begin their career.

"I always coached with the philosophy of personal growth. Every time we competed, if the conditions were good, we expected and wanted a personal best. And because we were able to do that the majority of the time, they ended up successful. Because they worked their best as a team," he said.

"If they come out every single day in practice working to be the best person that they can be, they will perform that way."

“Coach Sutfin is still helping me. He watched my niece compete in her sprints and long jump.…