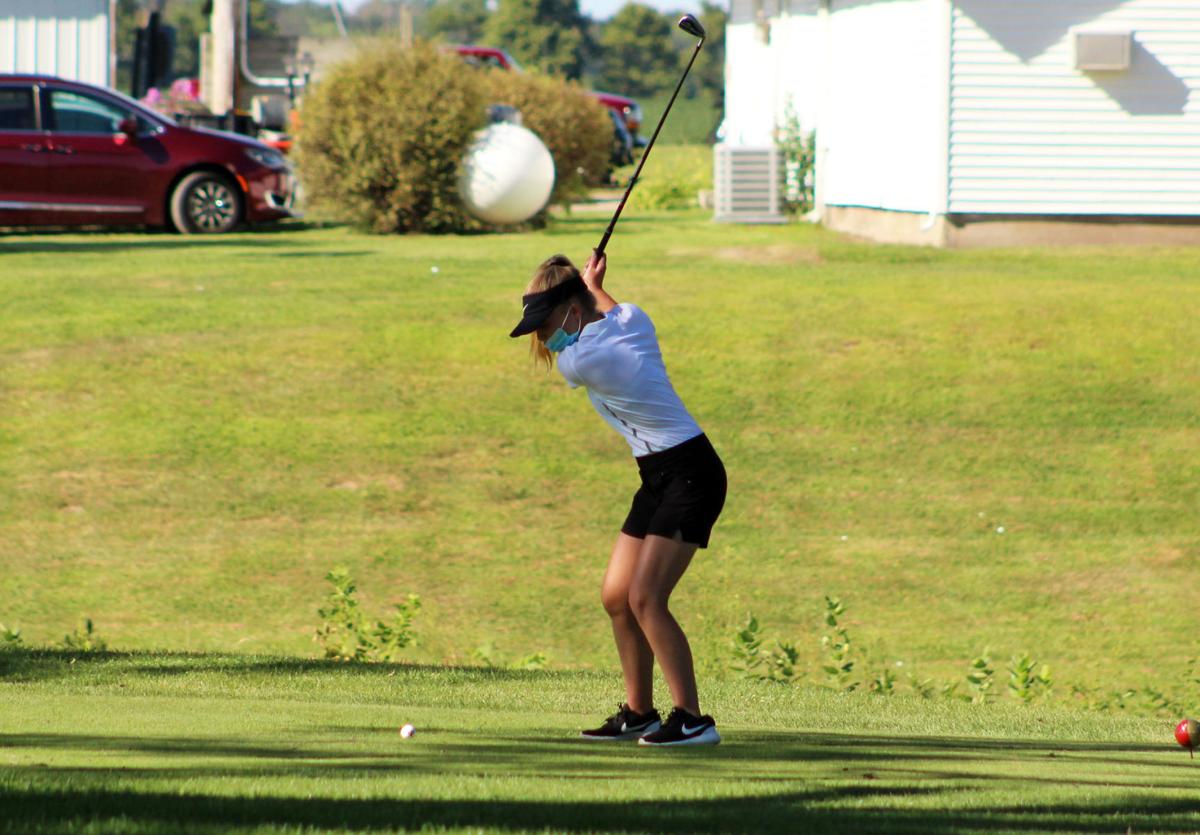 Watseka’s Natalie Schroeder takes a swing. Schroeder finished as medalist two nights in a row on Aug. 19 and 20. 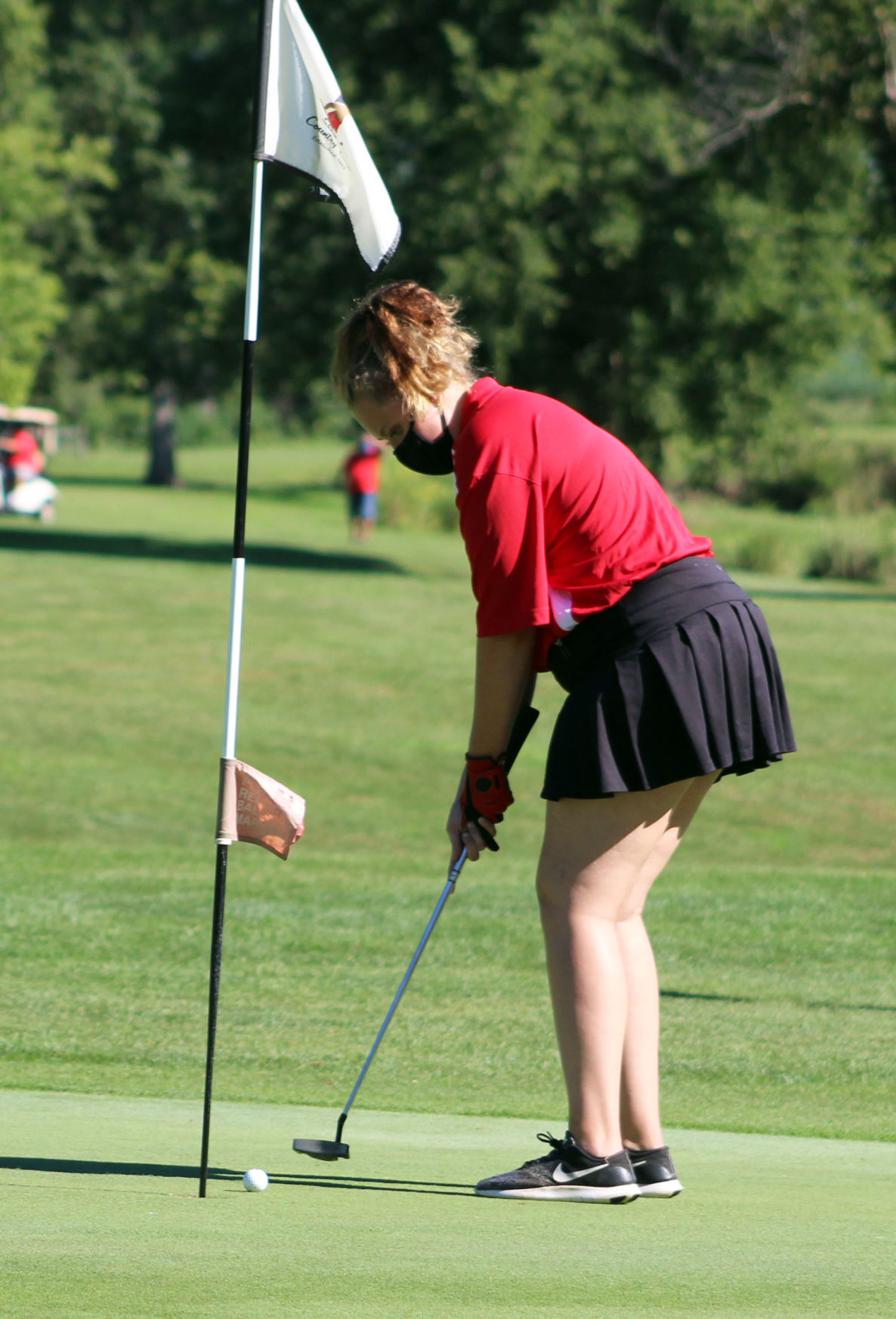 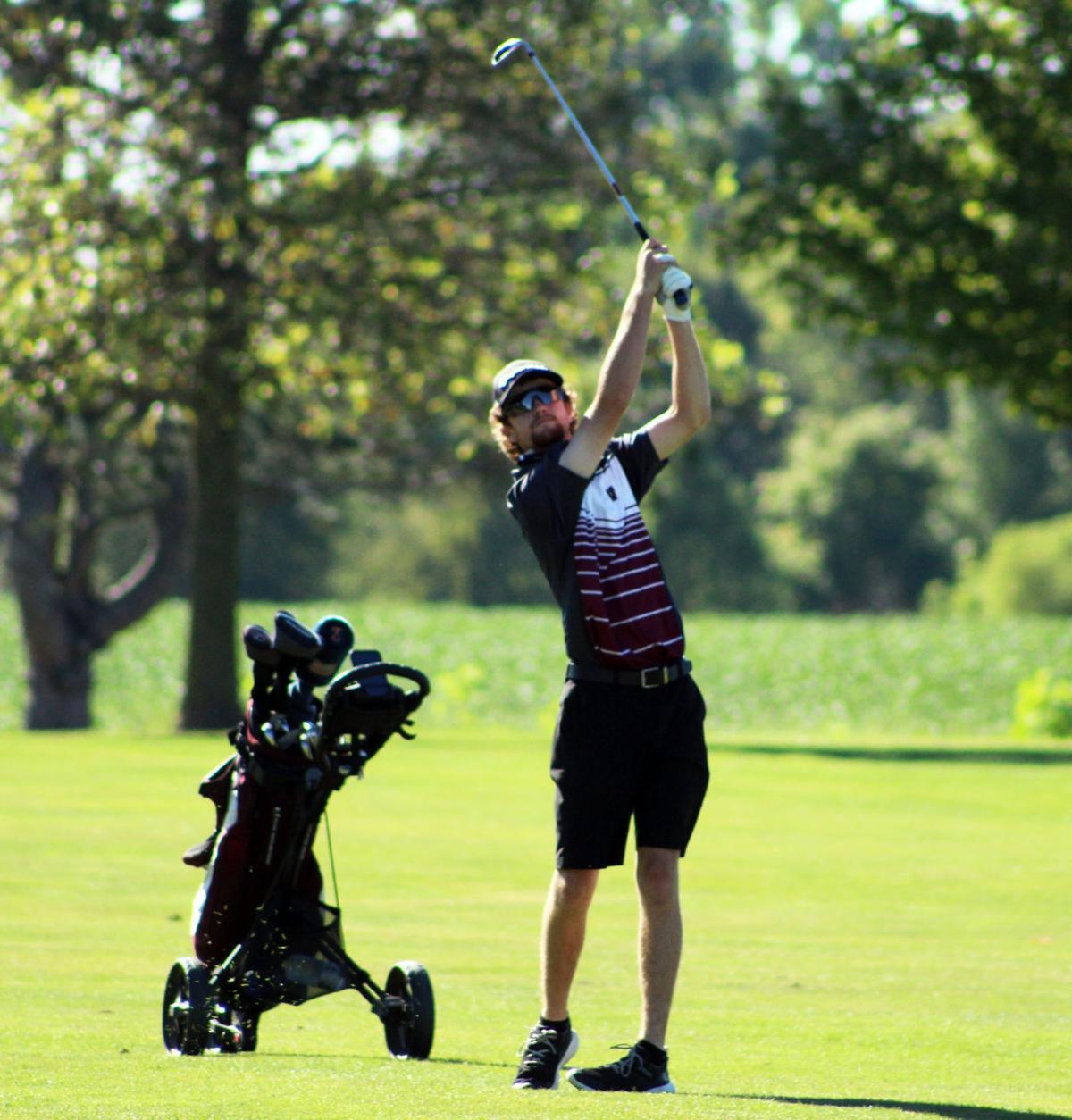 Adam Norder fires off his shot for Watseka on Wednesday evening.

Watseka’s Natalie Schroeder takes a swing. Schroeder finished as medalist two nights in a row on Aug. 19 and 20.

Adam Norder fires off his shot for Watseka on Wednesday evening.

For the girl’s teams, Watseka managed to come out on top during the match up with a team score of 199. Iroquois West took home the number two spot with a 215 score while Milford ended their night off in third place with a score of 238. Cissna Park finished with a score of 255.

In the first place spot for individuals was Watseka’s Natalie Schroeder. Schroeder finished off with a score of 43. Iroquois West’s McKinley Tilstra earned second place with a 48 while Watseka’s Allie Hoy and Adelynn Scharp each tied for third with a score of 50.

On the boy’s side, Iroquois West finished off in the number one spot with a team score of 176. Watseka fell short by just 4 points, grabbing second place with a score of 180. Milford and Cissna Park ended their night with scores of 195 and 219, respectively.

Iroquois West’s Ryan Tilstra and Watseka’s Jordan Schorder ended off in a tie for first place medalist each with a score of 40. Taking home second place was IW’s Jack McMillan with a 42 while Watseka’s Zachary Hickman finished off in the third place spot with a 43 score.

The Iroquois West, Watseka and Milford golf team’s saw each other once again at Shewami on Thursday, this time adding St. Anne into the mix.

Once again, Watseka grabbed the number one spot for the girl’s team, knocking 12 points off their previous team score finishing with a 187. IW finished with a 216, earning them second place while Milford finished with a score of 241.

Watseka’s Schroeder once again was the medalist with a score of 40 while Iroquois West’s Adelynn Scharp finished with a 45 to grab the two spot. Watseka’s Carolyn Dickte and Haley Essington tied for third with scores of 48.

Iroquois West led the night for the second night in a row on the boy’s side and finishing with a team score of 167. Watseka and Milford both finished with scores of 185 while St. Anne rounded out the night with a score of 234.

Watseka’s Jordan Schroeder led as medalist for the night, picking up a 36. Just behind him was IW’s Ryan Tilstra with a 37.

The Watseka boy’s golf team will head to Minne Monesse on Aug. 24 to take on Grant Park while the girl’s head to Balmoral face off with Beecher. The IW boys will play Aug. 25 against Momence and St. Anne at Oak Springs as the girls next play Aug. 26 against Illinois Lutheran at Balmoral Woods. Milford will head to Harrison Park on Aug. 25 to take on Watseka, Oakwood and Westville.