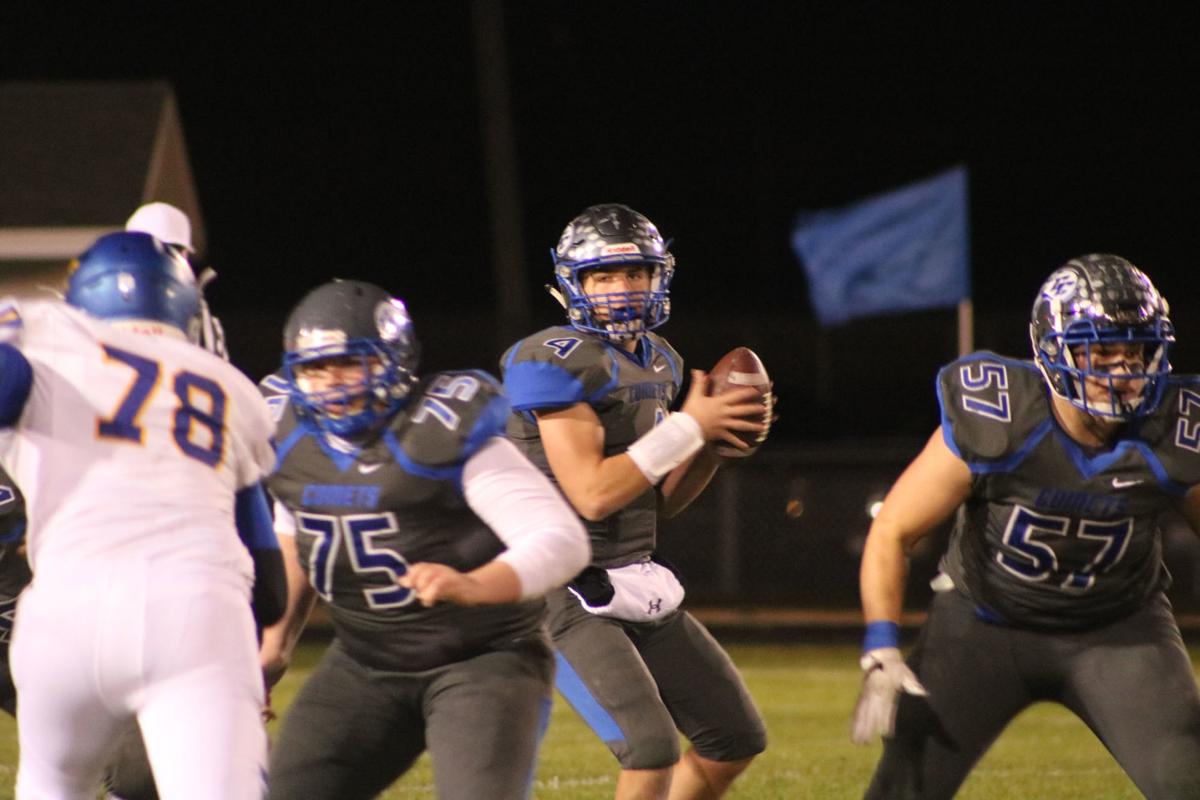 Central’s Jay Lemenager drops back to make a pass earlier the season. 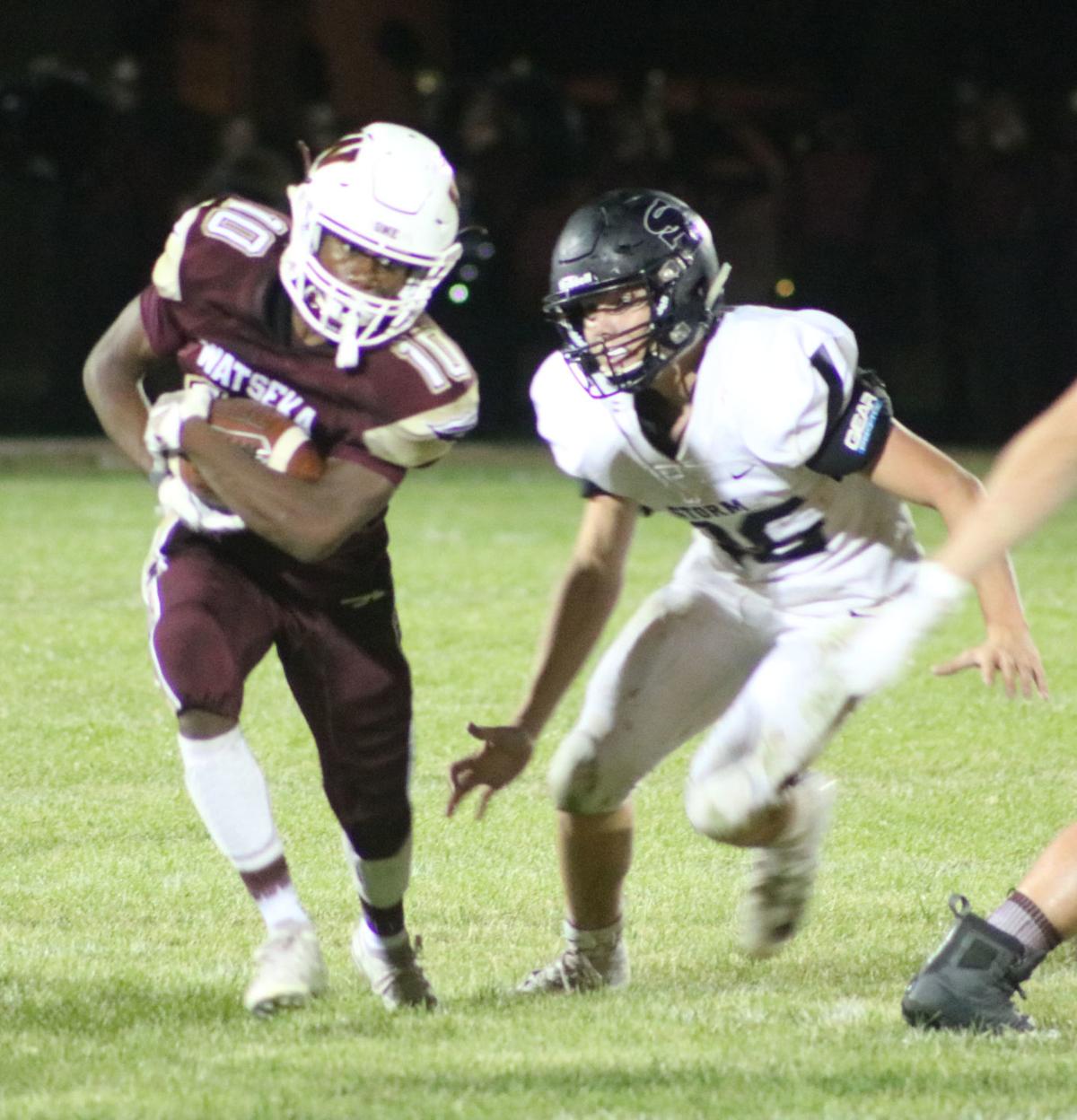 Watseka’s Jameson Cluver runs the ball during their game against Salt Fork this season. 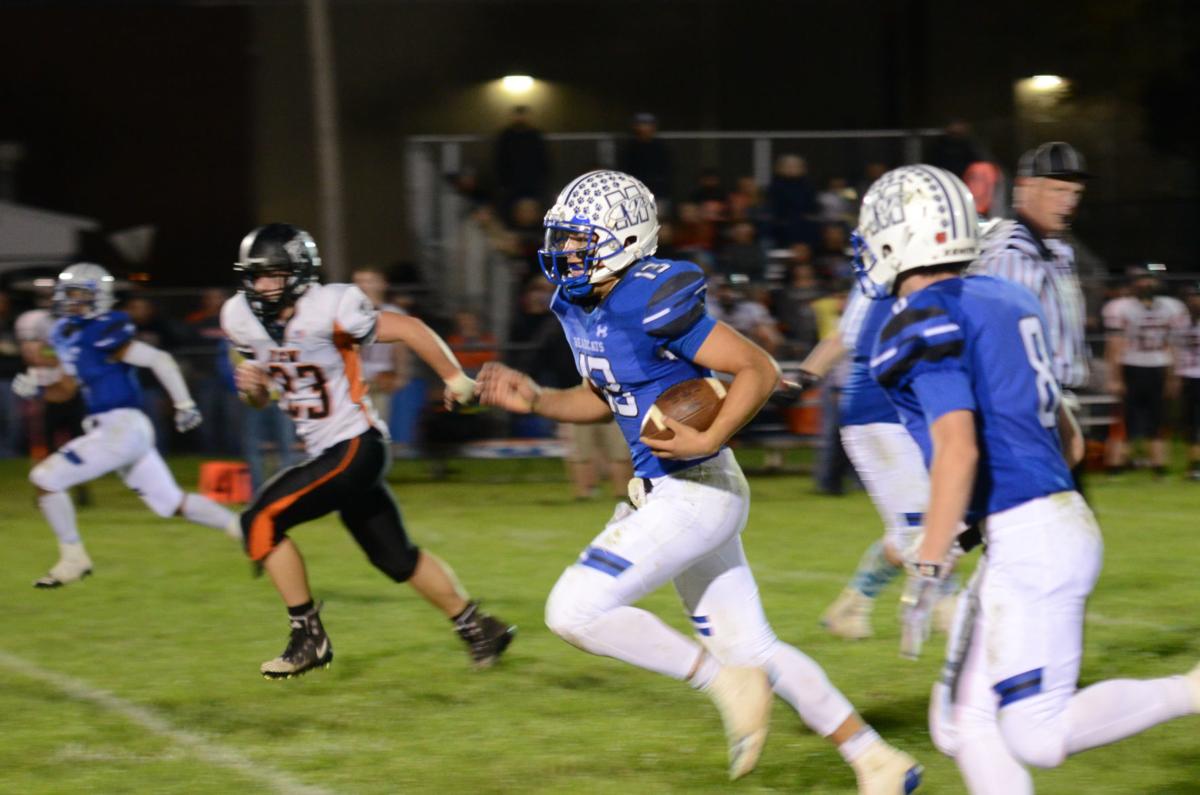 MCP Senior QB Penn Stoller runs the ball for a touchdown on Oct. 4.

Central’s Jay Lemenager drops back to make a pass earlier the season.

Watseka’s Jameson Cluver runs the ball during their game against Salt Fork this season.

MCP Senior QB Penn Stoller runs the ball for a touchdown on Oct. 4.

It’s an exciting time for football fans in Iroquois County. After regular season play, three local teams will play their first rounds of playoffs, and they will do so locally.

First up will be the Watseka Warriors. The Warriors, who finished the regular season with a 6-3 record, will go head to head with Tremont at at 1 p.m. on Nov. 2. in Watseka.

According to coach Aaron Hilgendorf, his team is going to have their work cut out for them.

“Tremont is a physical run oriented football team that is very good upfront and they have good skill guys who can make plays for their offense,” he said.

“They are well coached and they play in a tough conference. It will be a big challenge for us on Saturday and we will have to play very physical football.”

The team recently picked up a 48-7 victory over Iroquois West to close out their season and are hoping to use the momentum from that game to push them in the post season.

“We are looking forward to this week of practice and preparation to be ready for Saturday,” said Hilgendorf.

“We want to focus on the details in the game plan and be as physically ready as possible but we’re also just enjoying the week one day at a time.”

Also playing on Nov. 2 are the Clifton Central Comets. The Comets completed their regular season with an undefeated record of 9-0. The team will face Mendon Unity at 3 p.m. Head coach Brian Spooner said that while he expects their game plan to be fairly similar to his own team, he believes his team has an advantage.

“They play in a conference that is made up of 1A schools that mainly run the ball so they have success throwing because its not something that most of the teams in their conference do very much,” he said.

Spooner also expects to see a lot of aggressiveness defensively from Mendon Unity and is making sure his team is prepared for that as well.

“They have some good size on the line and might even be bigger than we are. On defense they like to put pressure on the backfield by blitzing and we have seen on film where they have been very successful in doing so.”

Last but not least is the the reigning first place champs, the Milford Bearcats and their eight man football team. Like the Comets, the Bearcats also went undefeated on the season and currently have a bye week for the first week of post season play. The Bearcats first game playoff match up won’t take place until either Nov. 8 or 9.