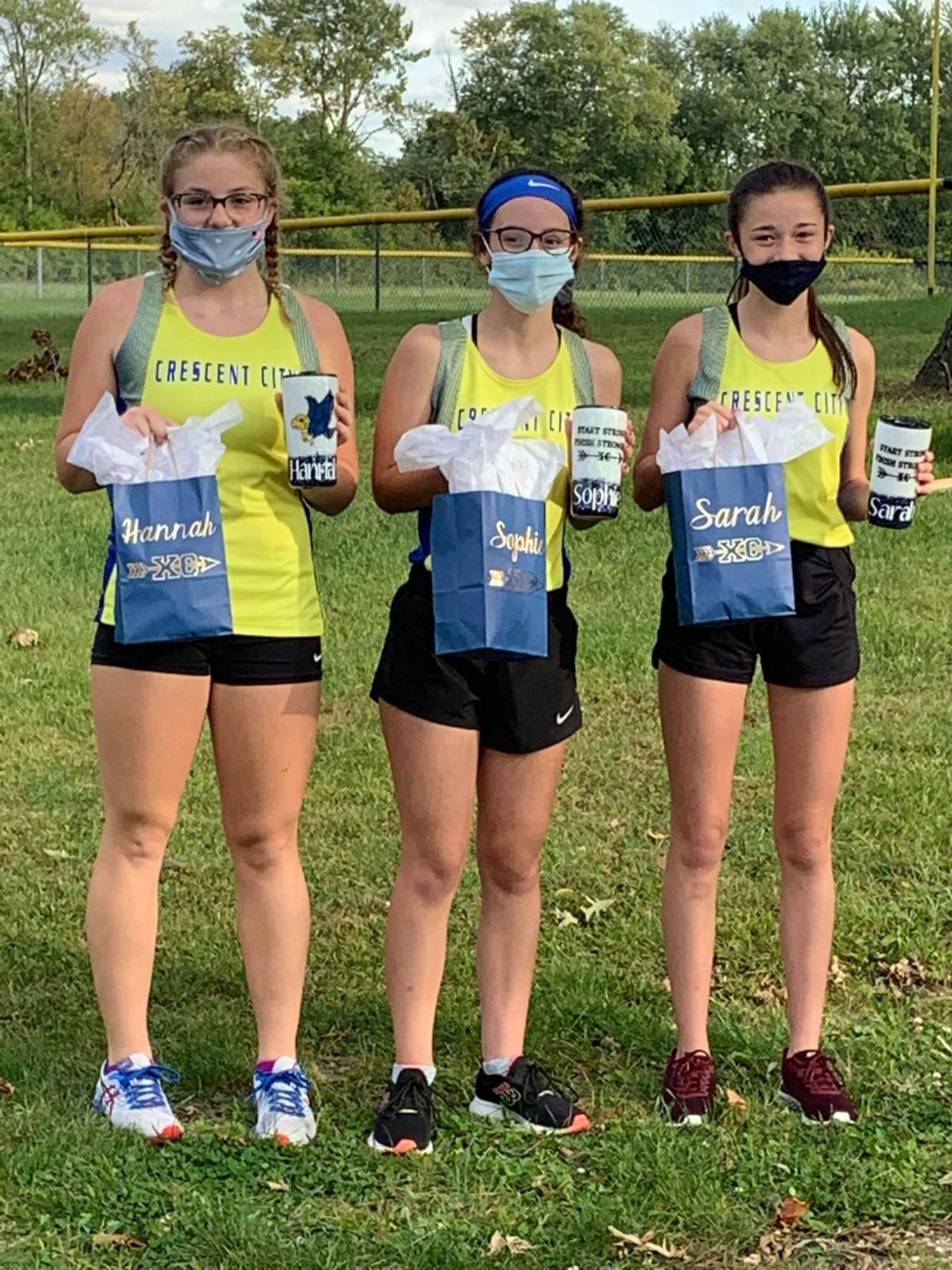 The eighth grade members of the Hawks’ Cross Country team who were recognized at a fun run are (left to right): Hannah Kollmann, Sophie Simpson and Sarah Parsons. 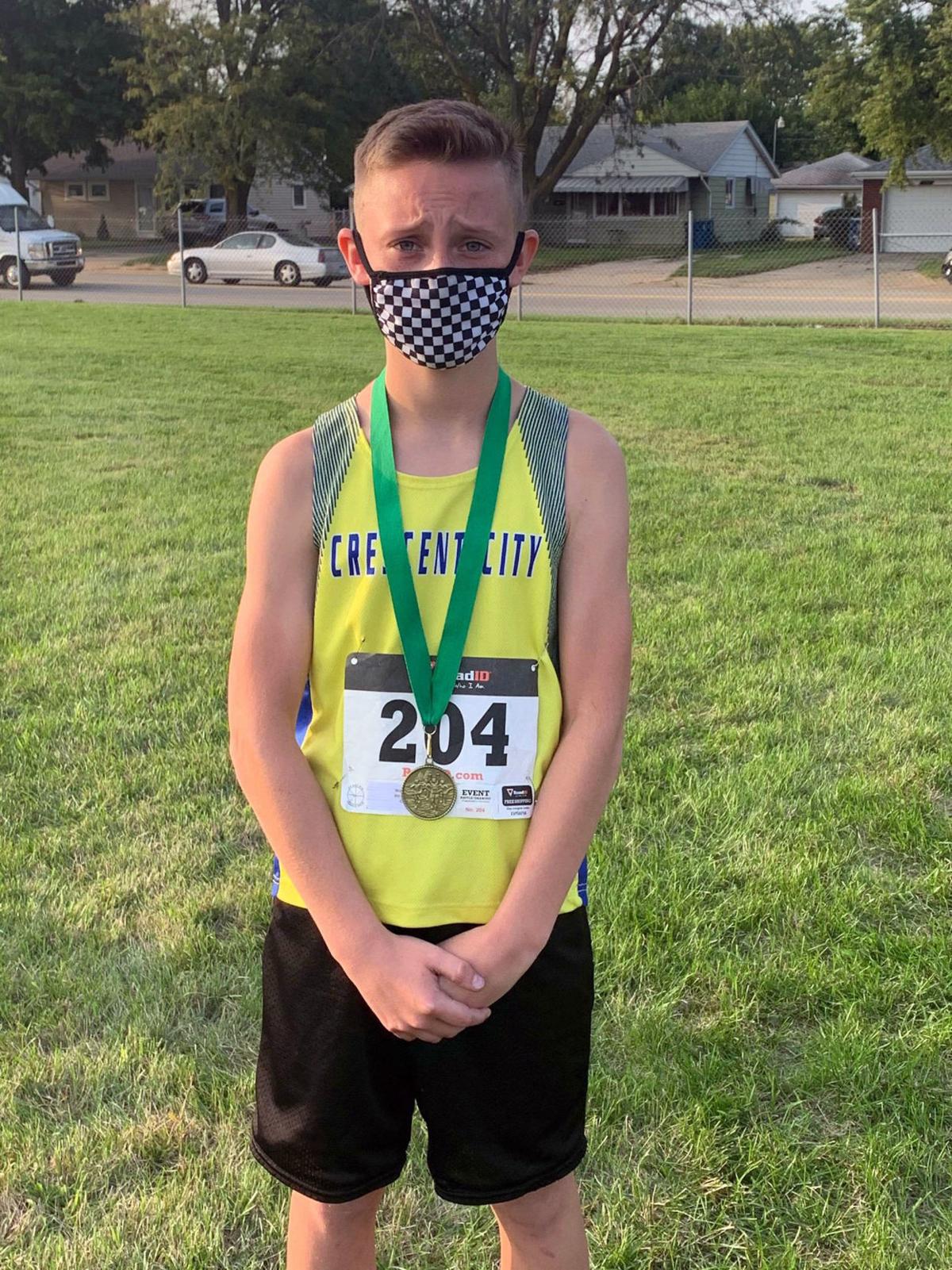 Hunter Wolfe received a medal for finishing tenth in the sectional cross country run at Limestone. His time was 13:59.

The eighth grade members of the Hawks’ Cross Country team who were recognized at a fun run are (left to right): Hannah Kollmann, Sophie Simpson and Sarah Parsons.

Hunter Wolfe received a medal for finishing tenth in the sectional cross country run at Limestone. His time was 13:59.

This year, for the first time ever, the Hawks’ Cross Country team was a co-op between Crescent City Grade School and Watseka’s Glenn Raymond Middle School. Head coach for the team was Heather Johnson, who was assisted by volunteer coach Troy Simpson. As with all athletic events, cross country was also affected by the pandemic – there was a sectional race, but no state competition.

The following is a season wrap of the season:

Finishing third overall and first for the Hawks was Hunter Wolfe with a time of 15:47. He was followed by Andrew Yates, 17:02; Jack Hutchinson, 19:35; and Aaron Greene, 20:52. Fifth grader Parker Wolfe completed the one-mile race.

Coach Heather Johnson noted for this race, “We are very proud of our athletes for their hard work in (the) extreme heat. Great job!”

Coach Johnson noted, “The kids had another great race!”

The Irish Invite took place at Bishop Mac with the Hawks running against six other teams. Coach Johnson said, “The Hawks ran great and we walked away with five medals for top 20, and the girls took home a third place trophy. A big shout out to our medal winners: Cara Petersen, Sarah Parsons, Vanysah Hickman and Addissen Ulitzsch for the girls team, and Hunter Wolfe for the boys.”

For this meet, Coach Johnson said, “All of the athletes did a great job! They all improved their times from the last time we ran this course in August.”

For this invite, seven other teams competed, with Coach Johnson noting, “All of our athletes did a wonderful job! I am so proud of each one of them and the progress they have made this year! I would like to give a big shout out to Cara Petersen for placing sixth overall in the girls race and receiving a medal for finishing in the top 15!”

The last meet of the season was the Sectional. Due to the pandemic, no state competition took place this year.

Hunter Wolfe was 10th, which placed him in the top 10 finishers, so he received a medal. He ran the course in 13:59 and was the only medal recipient for the Hawks.