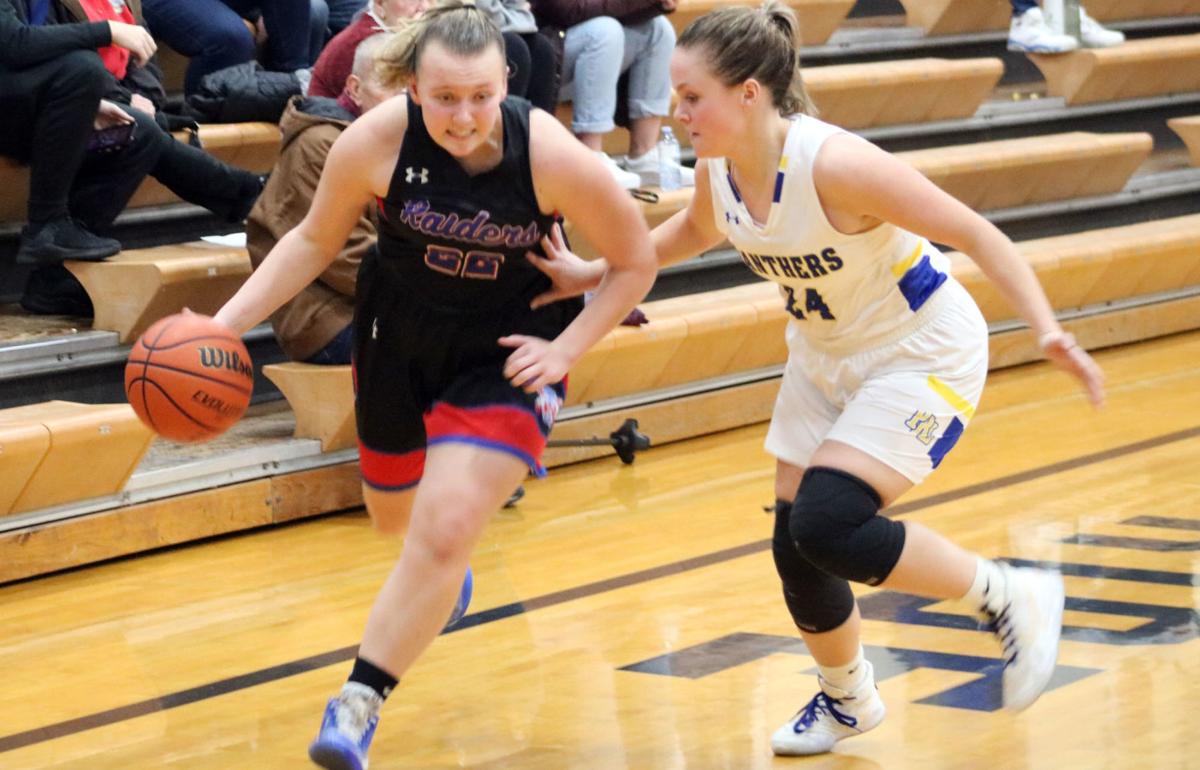 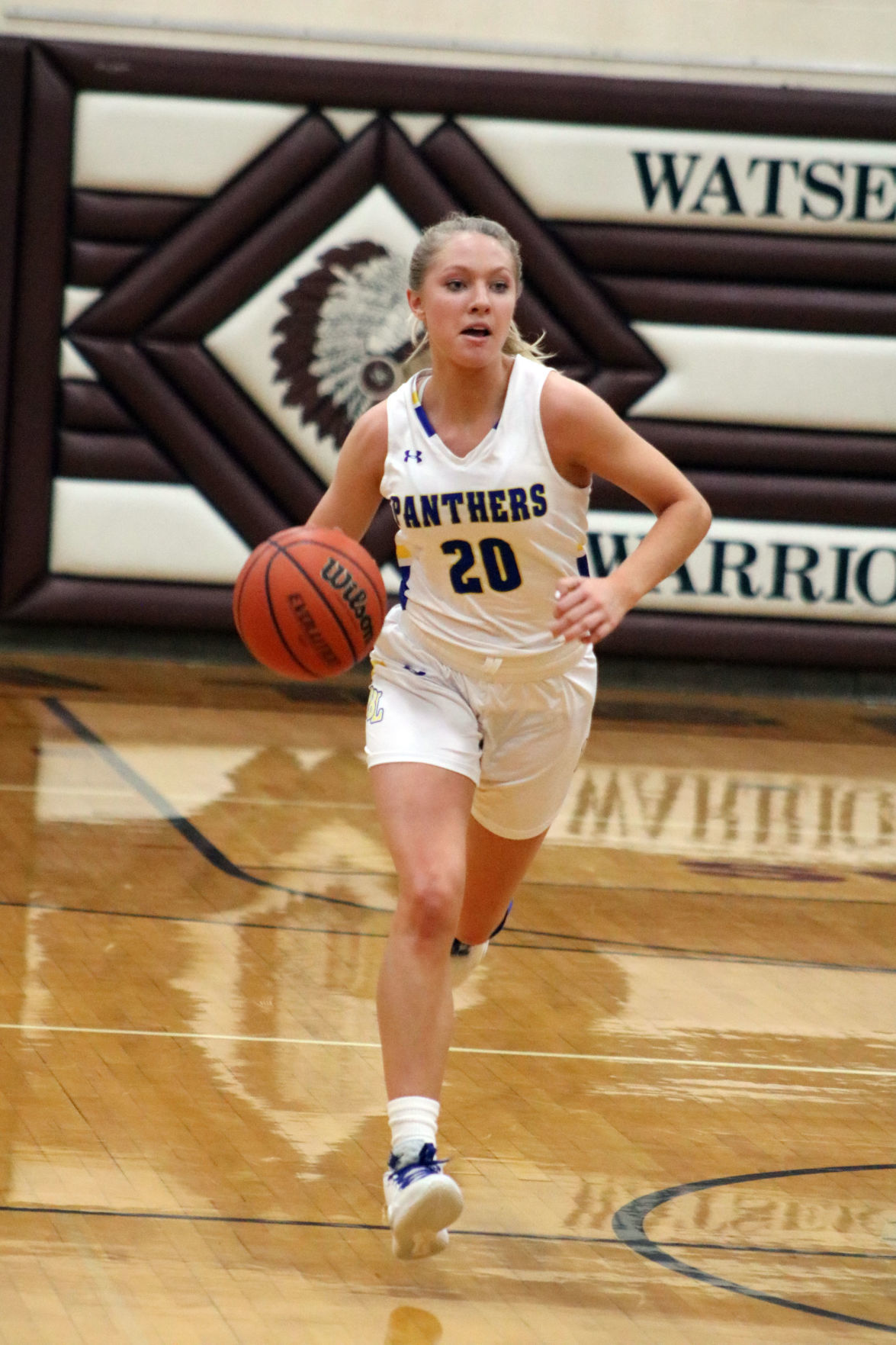 PBL’s Mackenzie Bruns heads down the court with the ball against their semi-final game against Iroquois West. 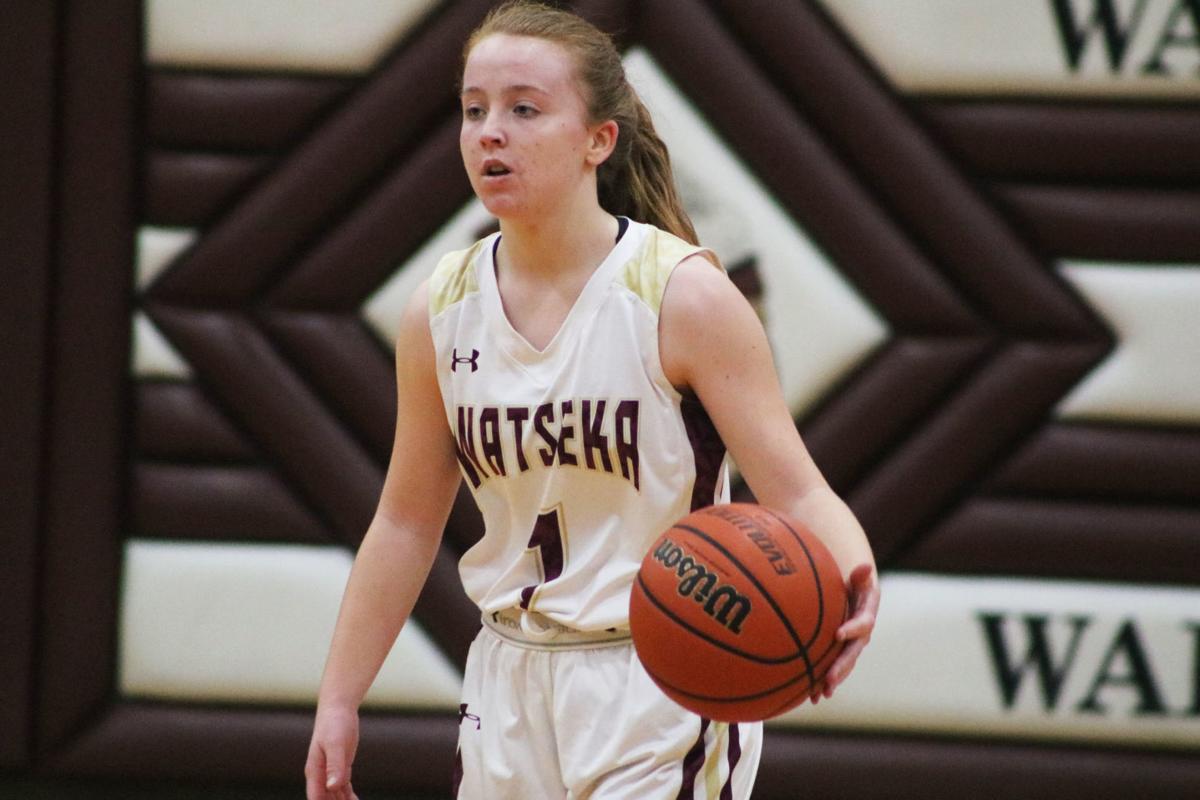 Watseka’s Natalie Schroeder makes her way down the floor on Thursday night. 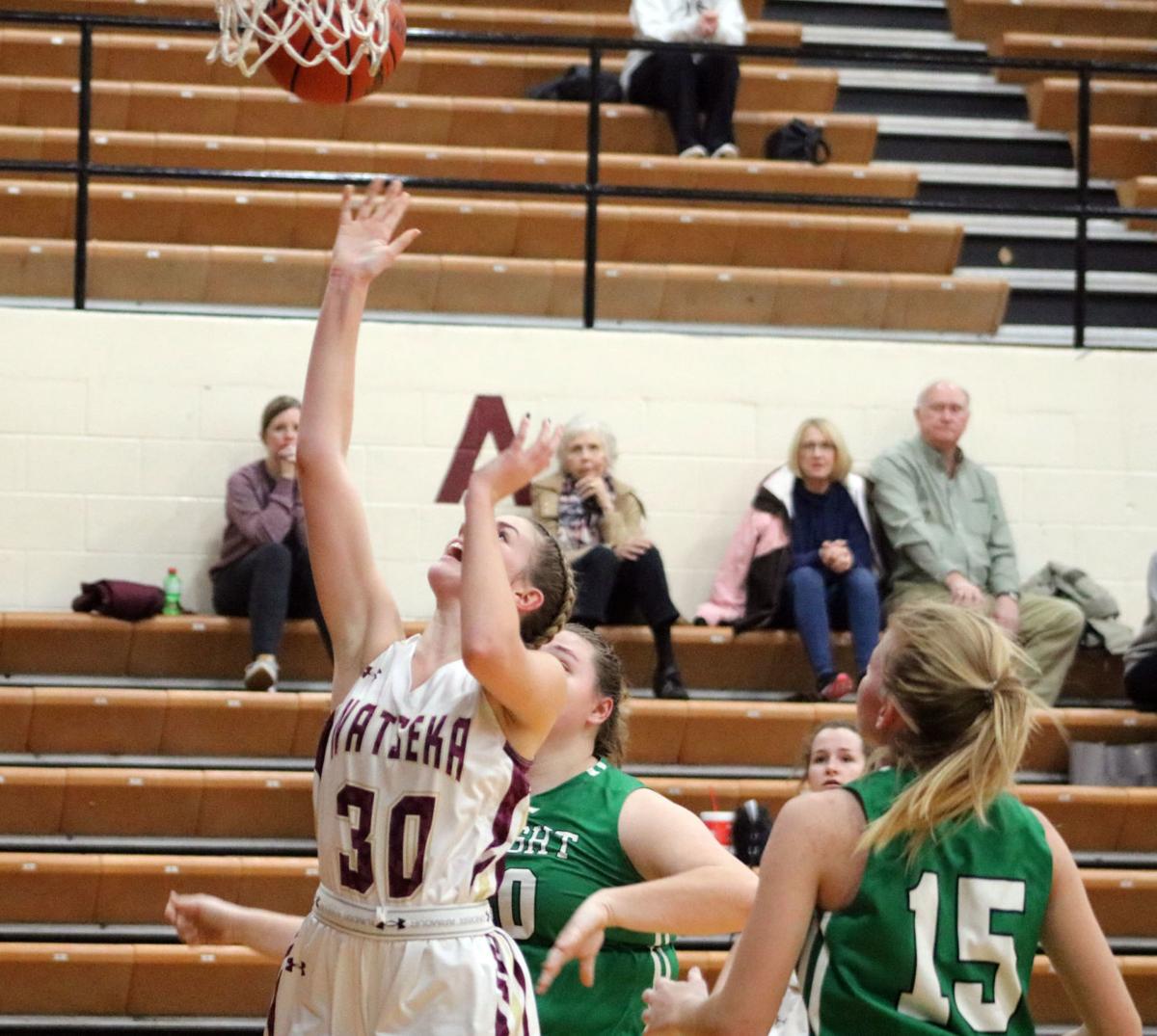 Kennedy McTaggart puts up a shot against Dwight in their SVC semi-final face off.

PBL’s Mackenzie Bruns heads down the court with the ball against their semi-final game against Iroquois West.

Watseka’s Natalie Schroeder makes her way down the floor on Thursday night.

Kennedy McTaggart puts up a shot against Dwight in their SVC semi-final face off.

Night two of the SVC girls basketball tournament kicked off in Watseka on Thursday night with the semi-final games taking place between PBL vs. Iroquois West and Watseka vs. Dwight.

The PBL and IW game took place first to start off the night, with PBL managing to take the win 51-24 against the Lady Raiders.

The Panthers took their lead early on in the game, picking up a 14-10 lead over the Lady Raiders in those first eight minutes. In quarter two, the Panthers then extended their lead picking up another 12 points while holding Iroquois West to just two of their own and ending the half 26-12. Another 12 points from PBL to IW’s six extended the Panthers’ lead to 20 points, 38-18 moving into the final quarter of play. From there, PBL grabbed another 13 points and held the Lady Raiders to six to close out the game with the final score of 51-24.

The Panthers’ Mackenzie Bruns led the charge for the Panthers picking up 16 points at the rim followed by Emily Adwell with eight and Makenna Ecker with six of her own. Baylee Cosgrove and Hannah Schwarz each contributed four points.

For the Lady Raiders, Shelby Johnson had the team-high in total points finishing her night off with eight. Shea Small followed Johnson with six points while McKinley Tilstra grabbed four.

“Coming into this game, we knew we wanted to make adjustments,” said Kristy Arie.

“PBL is a solid group and we had to play our very best basketball for all four quarters to give ourselves a chance and we didn’t do that tonight.”

Arie said her team is still eager to play in the third-place game taking place at 6 p.m. on Jan. 25.

“We’ll be happy to get a third-place win out of this tournament. We’re coming off of a three-win season last year and are now in a position to win third place in our conference, so that’s our goal right now and that’s what we are going to prepare for and hope to come out on top.”

In game two of the semi-finals, Watseka defeated the Dwight Trojans 48-33 pushing them back to take on Iroquois West in the third-place game.

Watseka took charge early on after tip-off, getting themselves on the board in their first possession with a layup from Kennedy McTaggart. Natalie Schroeder was then able to score with 6:36 on the clock to take the lead 4-0. Allie Hoy was then fouled by Dwight to make one of her free throws giving Watseka at a 5-0 lead. Schroeder then saw an opening to make one of her five three-pointers of the night and extending Watseka’s lead 8-0. From there Watseka was able to put up 10 more points before the quarter’s end while holding Dwight to four, heading into the second quarter 18-4.

Dwight was able to find the board first in the second quarter of play, but Watseka continued to battle and maintained their lead 35-16 at the half. Although Dwight did manage to outscore the Lady Warriors in the second half 17-13, Watseka still managed to come away with the win 48-33 thanks to their early game lead over the Trojans.

The win advances the Watseka Lady Warriors to take on the Panthers who were last season's conference rivals. Watseka defeated PBL 61-53 and are looking to repeat again this year.

The SVC tournament final will begin at 7:30 p.m. on Jan. 25 in the Watseka High School gymnasium.