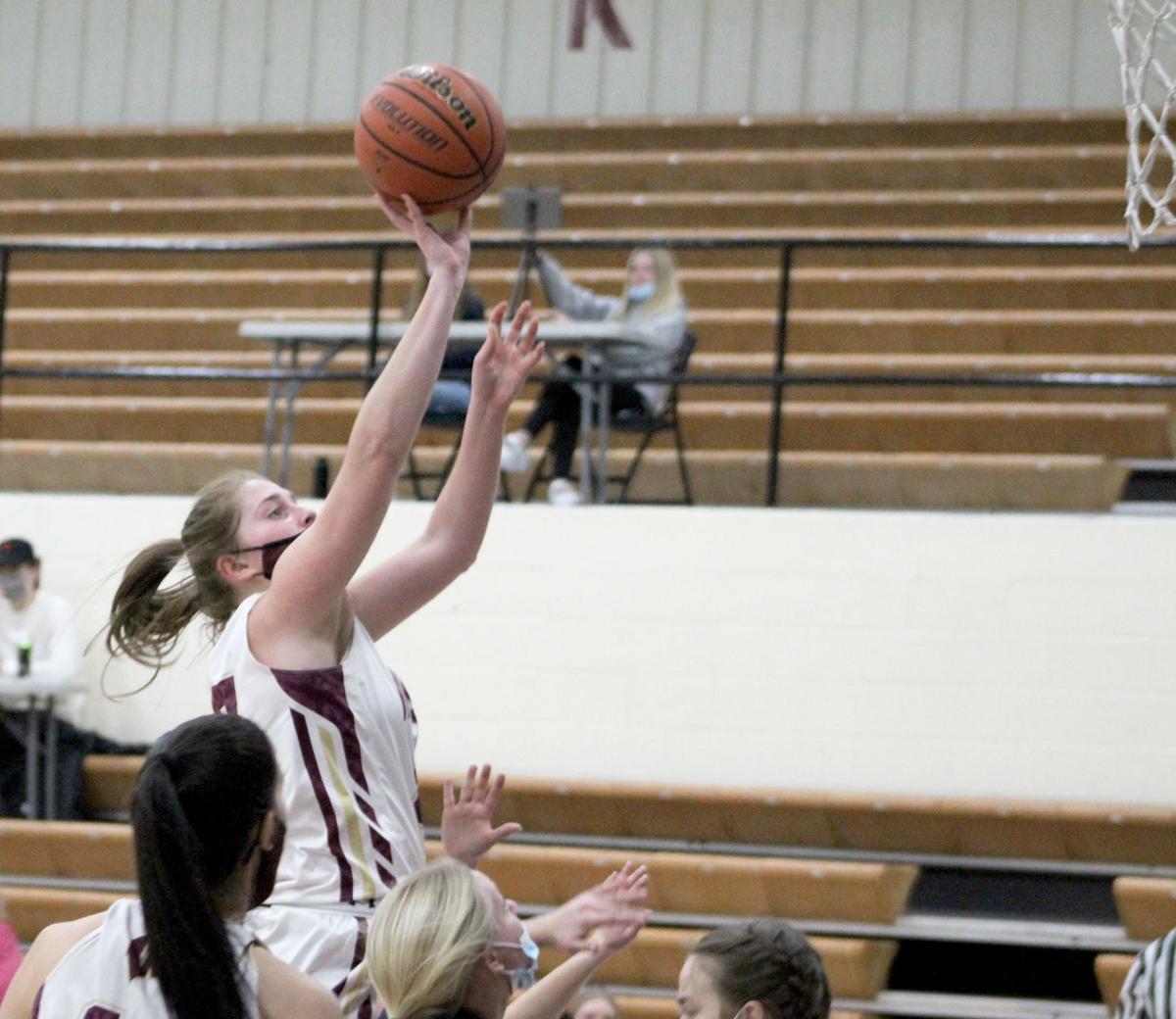 Watseka’s Kinzie Parsons puts the ball up for two-points during the Lady Warriors’ game against Cissna Park on Feb. 18. 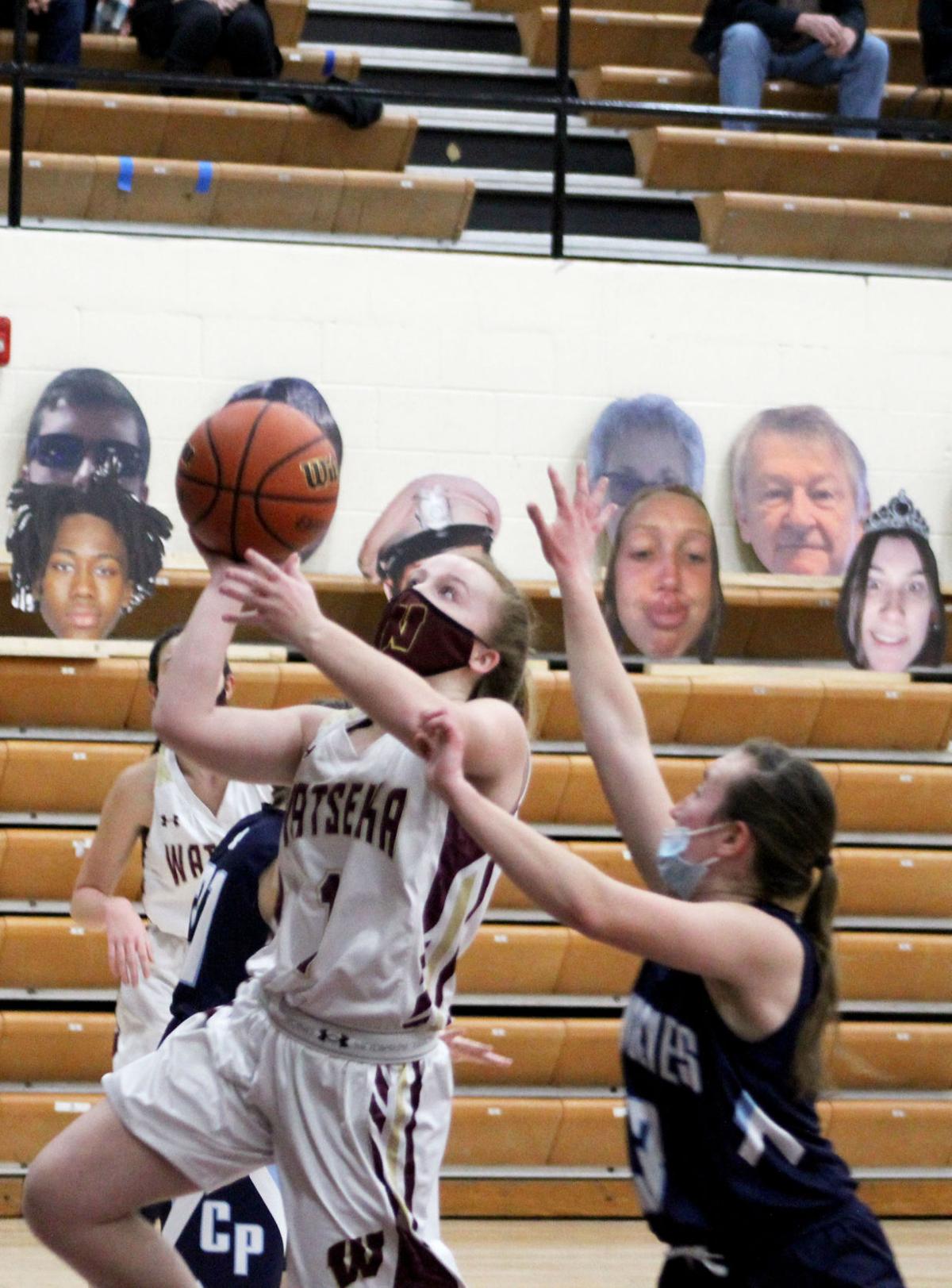 The Lady Warriors’ Natalie Schroeder goes for a layup against Cissna Park. 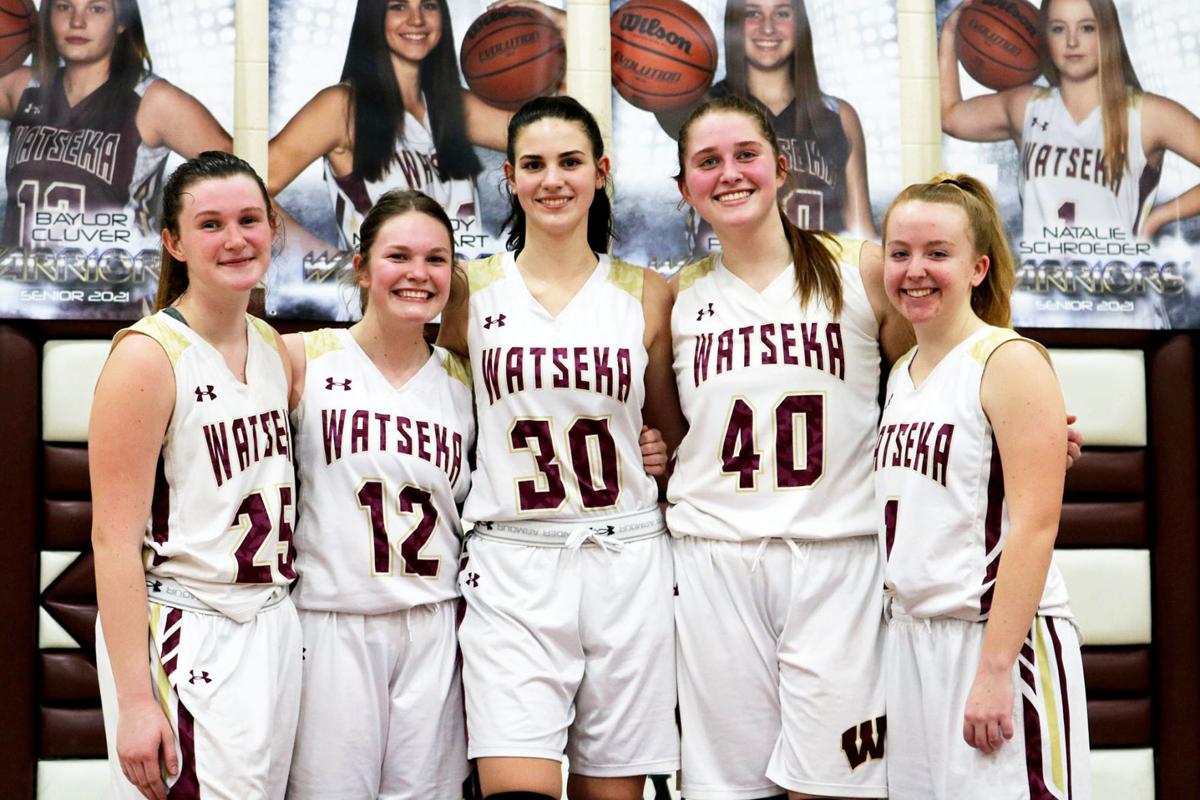 Watseka’s Kinzie Parsons puts the ball up for two-points during the Lady Warriors’ game against Cissna Park on Feb. 18.

The Lady Warriors’ Natalie Schroeder goes for a layup against Cissna Park.

The team took on Cissna Park on Feb. 18 where they were able to come away with a 55-22 victory over the Lady Timberwolves.

Leading the charge at the rim was Allie Hoy who earned a total of 13 points on the night. Hoy was followed by eight points apiece from Kinzie Parsons and Kennedy McTaggart. The two also each grabbed six rebounds on the night as well. Sydney McTaggart finished off with seven points while Natalie Schroeder and Teagan Cawthon finished with six.

The team would next host Donovan on Feb. 20 and defeated the Wildcats 68-30. Kennedy McTaggart led this time around, picking up 18 points. Schroeder followed with 16 of her own, while Parsons contributed 14 to the effort.

The Lady Warriors then hosted Momence for the team’s senior night, where they managed a big win over the Redskins 51-13. Parsons led with 13 points while Schroeder contributed 11. Baylor Cluver also grabbed seven points during the game followed by Claire Curry with five.

The team’s seniors that were honored before the game were Natalie Schroeder, Baylor Cluver, Teagan Cawthon, and Kennedy McTaggart.

The team will head to Clifton Central on Feb. 25 to take on the Central Lady Comets. Both teams will be wearing alternate uniforms, normally reserved for their military appreciation game where the teams honor local veterans. Due to COVID-19, the teams are unable to invite local veterans to the game and will instead be doing a “Salute to Healthcare/Essential Workers”. The two teams will be collecting donations to help afford an appreciation breakfast for the local hospital, healthcare, and essential workers. The salute is set to take place before the varsity game at 7 p.m.