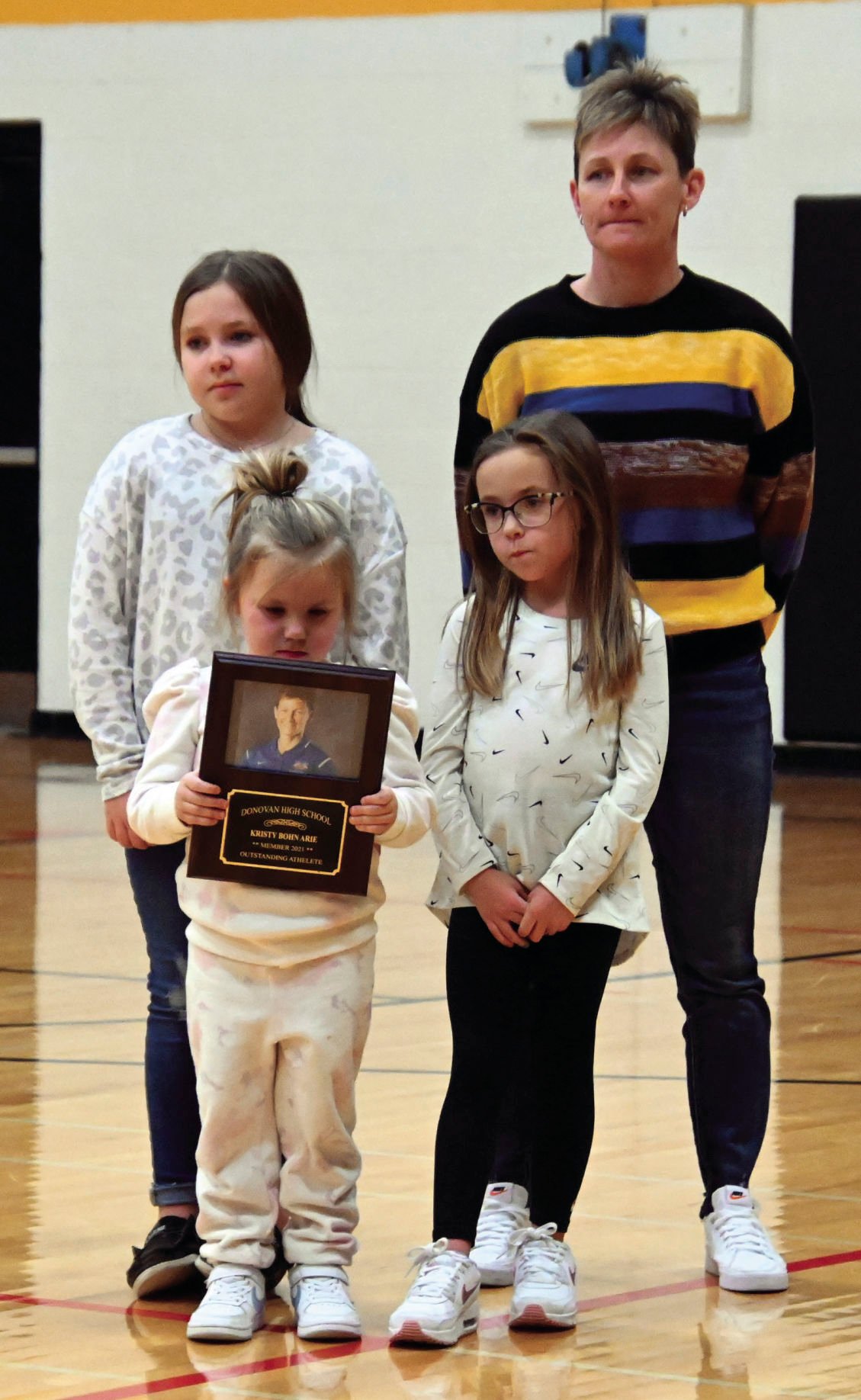 Kristy Von Arie was presented with her plaque by her three daughters, Carson, Quinn and Lily. 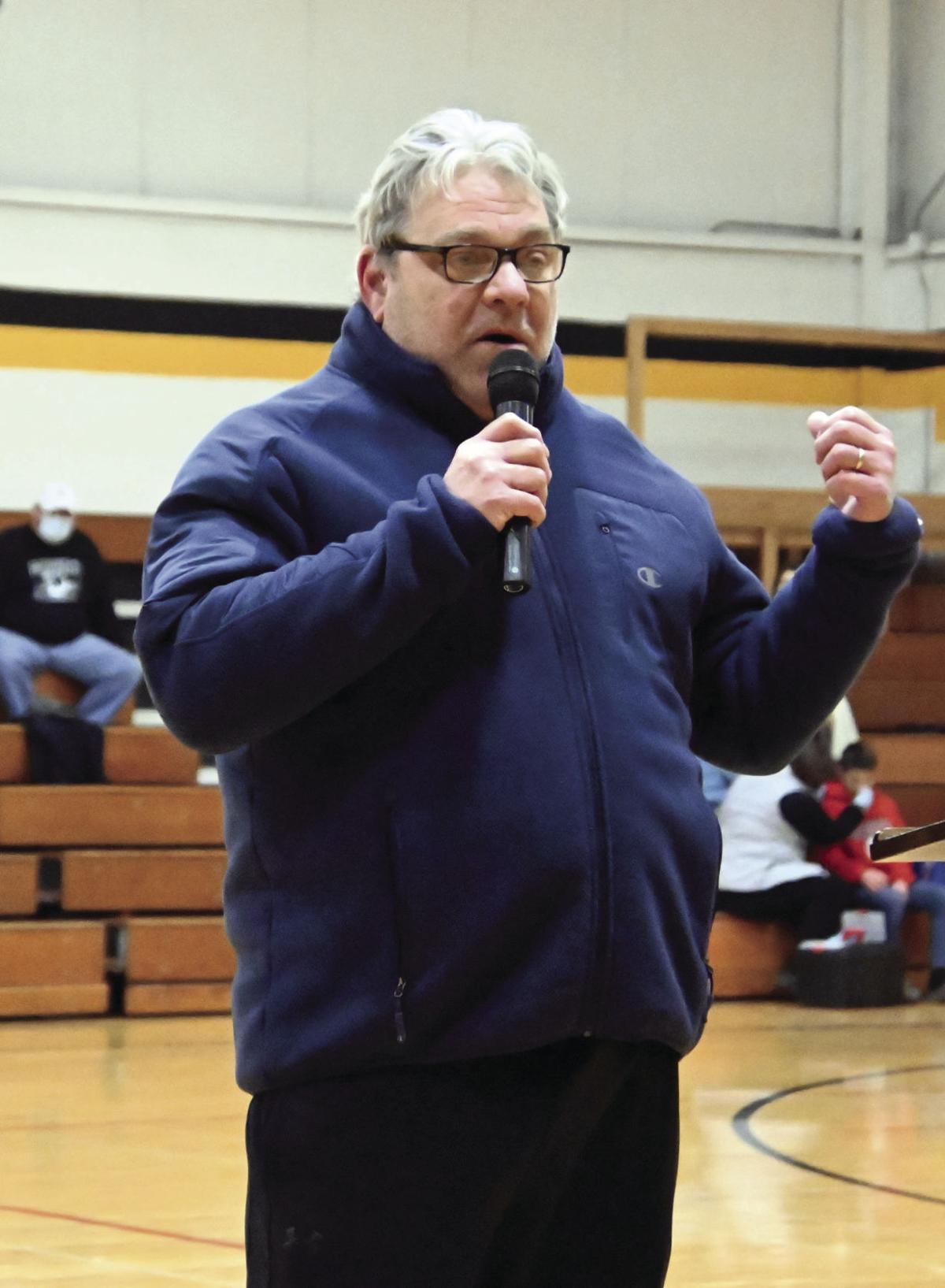 Coach Kevin Long speaks after his team recieves their Wall of Fame honors.

Kristy Von Arie was presented with her plaque by her three daughters, Carson, Quinn and Lily.

Coach Kevin Long speaks after his team recieves their Wall of Fame honors.

DONOVAN—The Donovan Boosters vote each year to add people or teams to their Wall of Fame. This year’s recipients are Kristy Von Arie and the 1986-87 Junior High Boys Basketball team.

Von Arie is a 2000 graduate of Donovan High School. While she attended there she was a multi-sport athlete and she earned 12 varsity letters, four each in basketball, volleyball and softball. She was selected all conference and all county all four years. She accumulated 1,173 career points and was the MVP of the 1999 squad. She was a state finalist in the 3-point shootout. During her career she averaged over 18 points a game. She would go on to college at Illinois State where she was a four year letter winner and a two year starter. She has spent the last 11 years coaching the Iroquois West Raiders where she has earned four regional titles, two sectional titles and made one trip to the state tournament where her team finished fourth overall.

The 1986-87 Donovan Junior High Basketball team was coached by Hall of Famer Kevin Long. The went 16-4 during their seventh grade season and qualified for the state tournament. They came back the next year and went 21-1. In the state tournament they played Bowen Southeastern besting them 36-27. In a close game in the quarterfinals they would lose to Washington Pleasantville 46-40. They shot 58 percent from the free throw line and 43 percent from the floor. They averaged over 40 points a game while keeping their opponents to just under 24. As seniors, this group would tie the second best record in Donovan School history with a mark of 23-4. There Coach would go on to have a Hall of Fame Career at another local school, Cissna Park, where he amassed 503 wins to 351 losses. He put an exclamation on his career taking his final team to the state finals placing second. During his career he won 11 regional titles, five sectional titles, 2 elite appearances prior to his team’s appearance in the 2019 championship game.