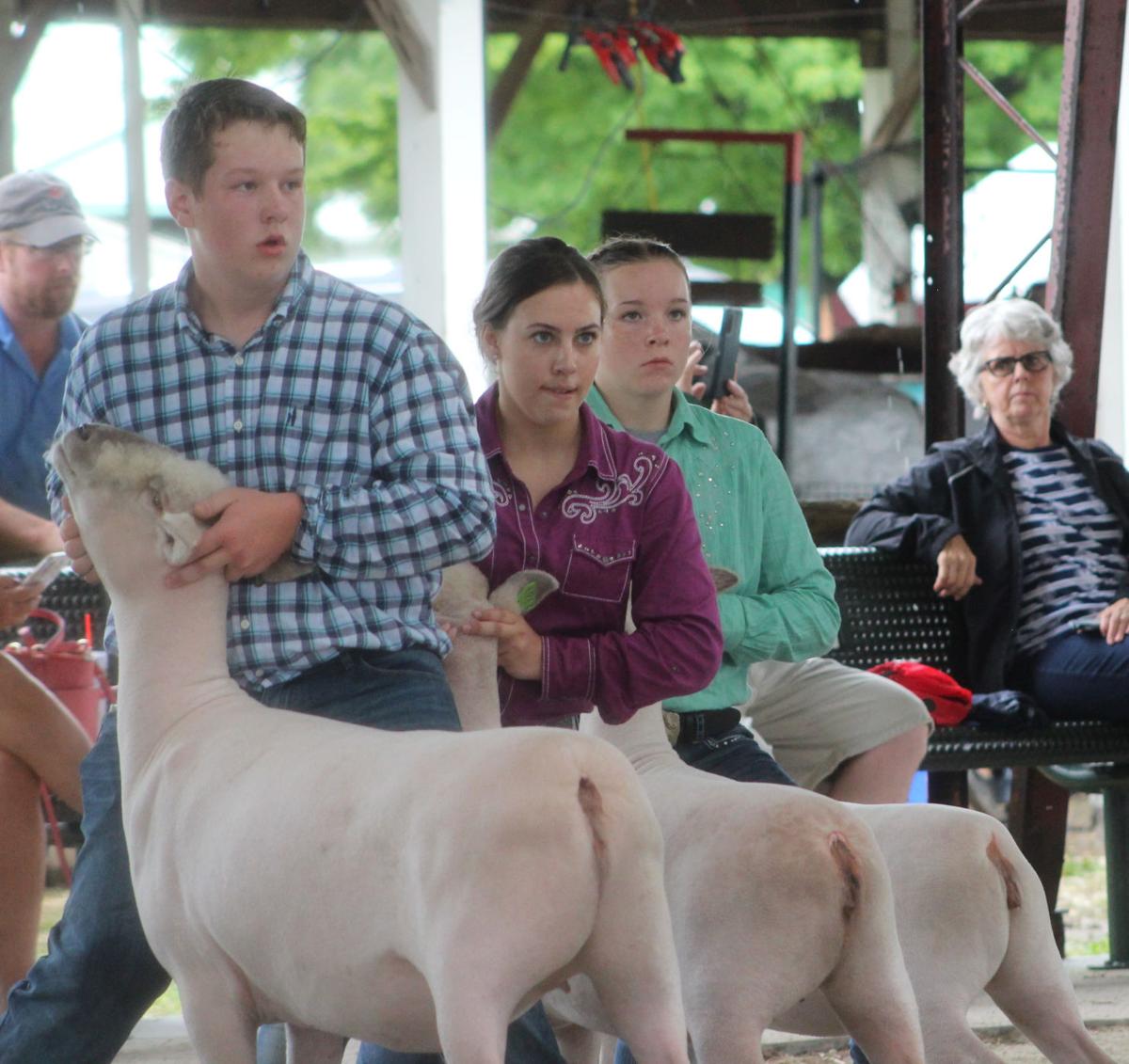 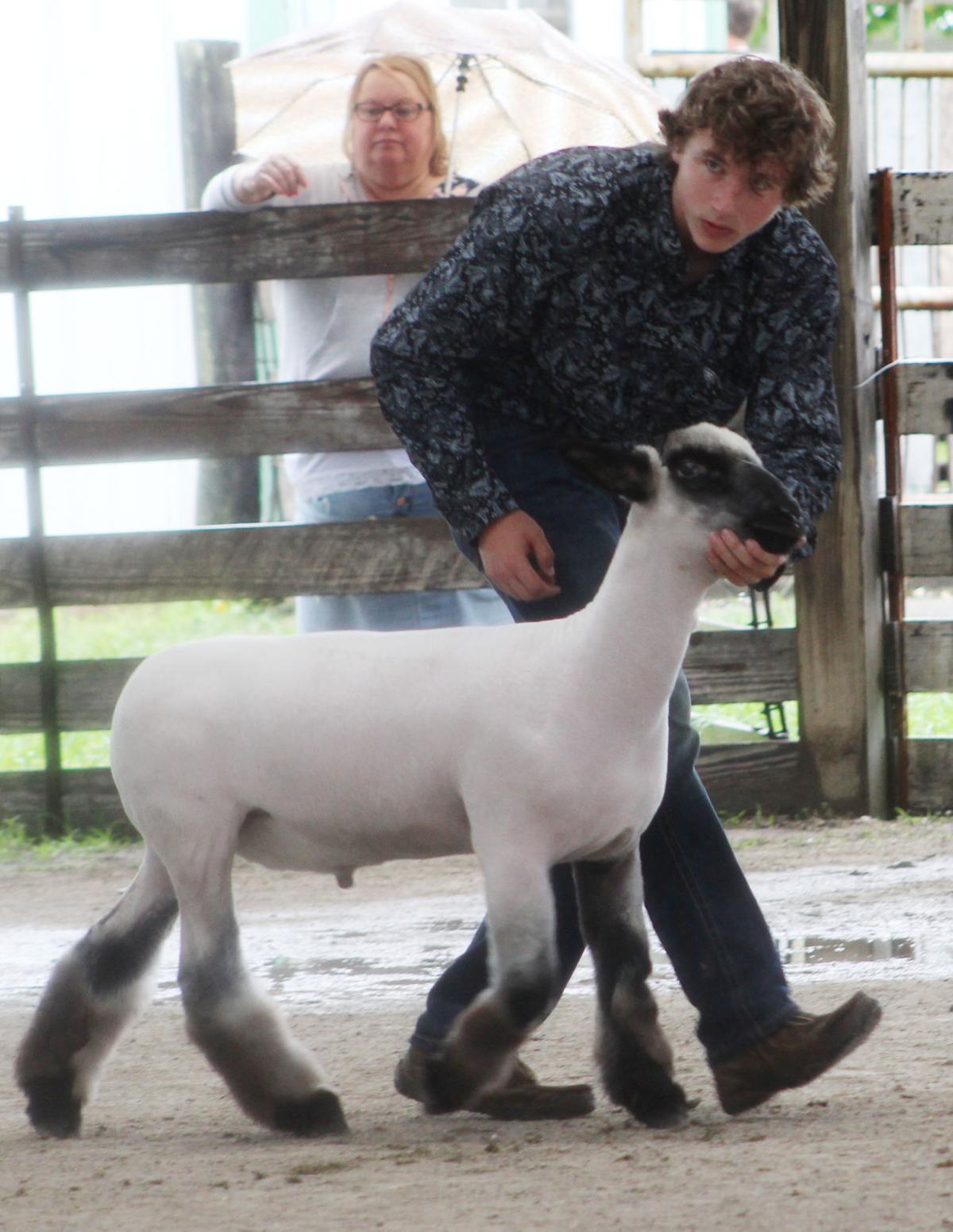 Zach Gerling, who would go on to win the event, shows a goat during the Iroquois County Fair Master Showman event July 16. 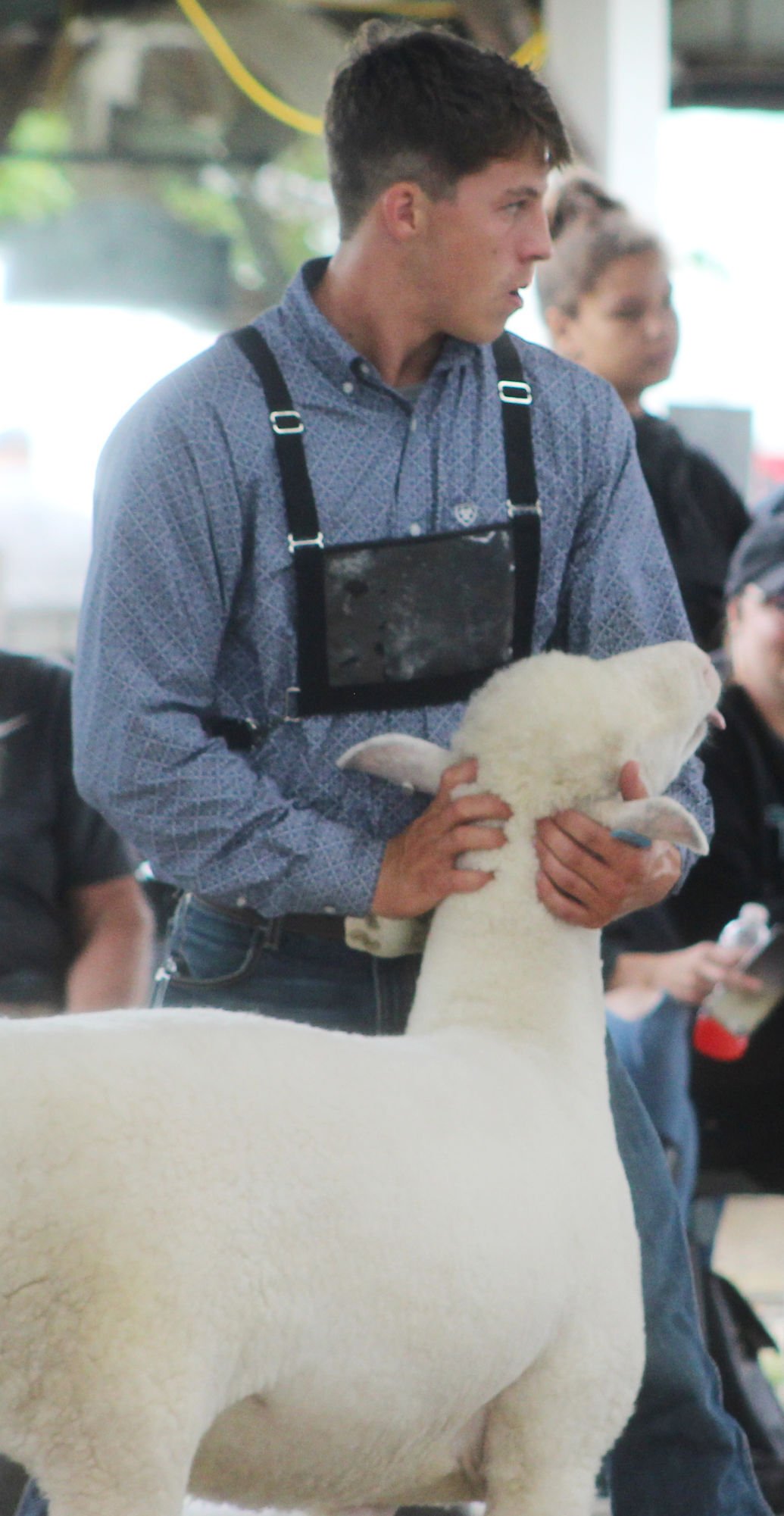 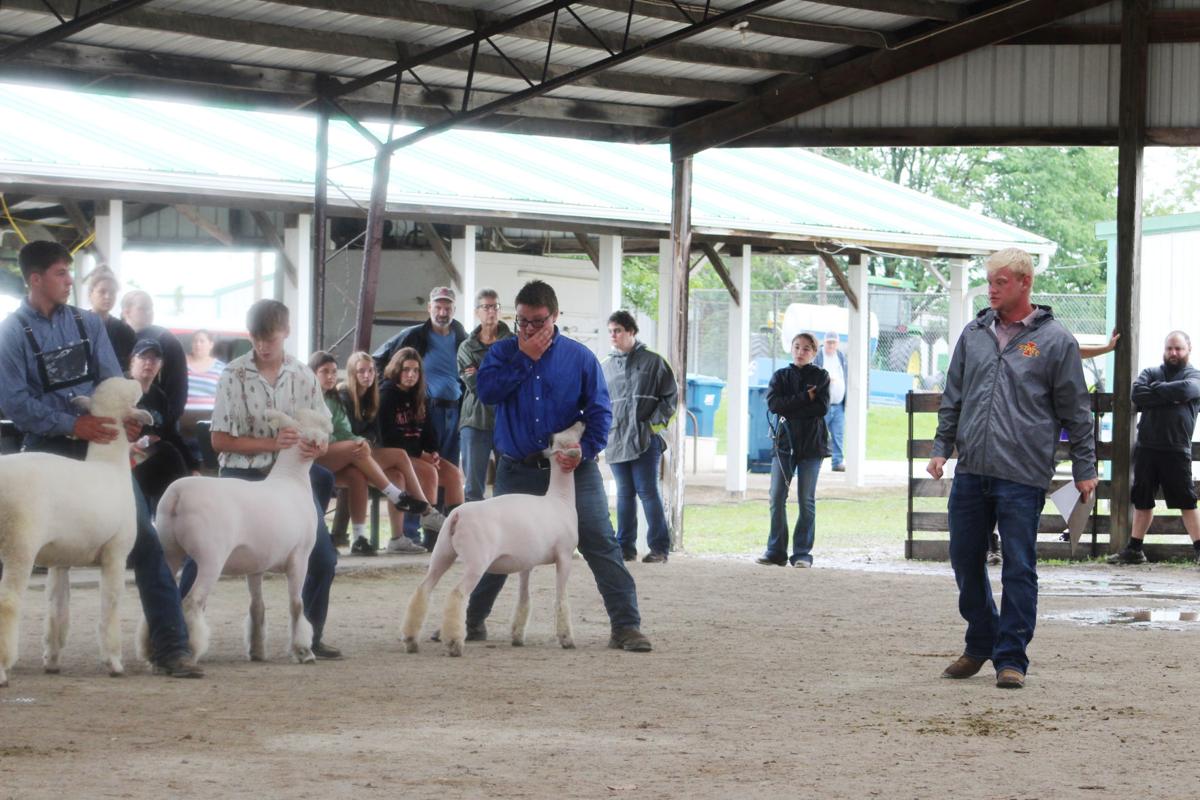 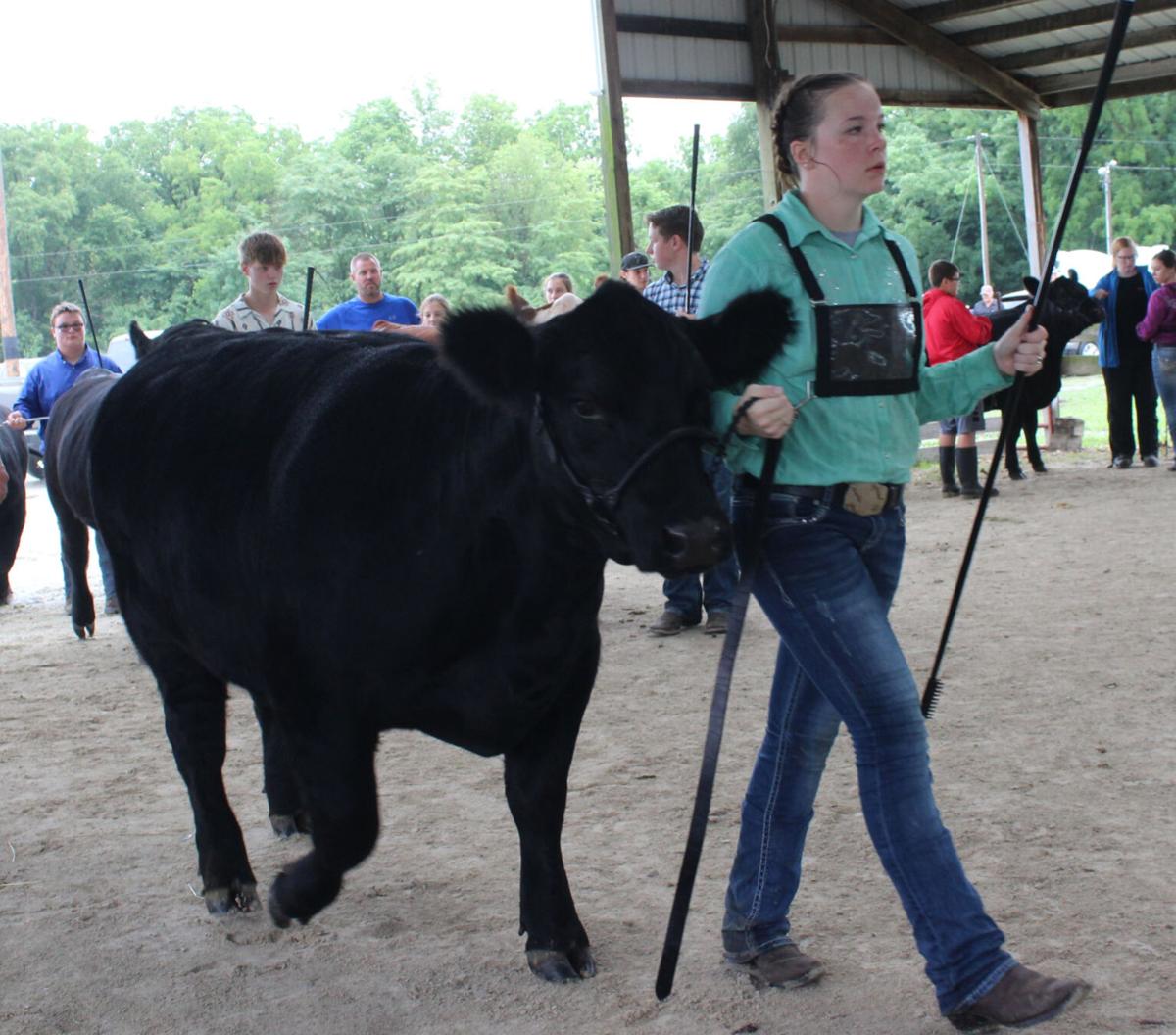 Kiernan Tammen leads the cow she showed during the Master Showman competition into the show area July 16. 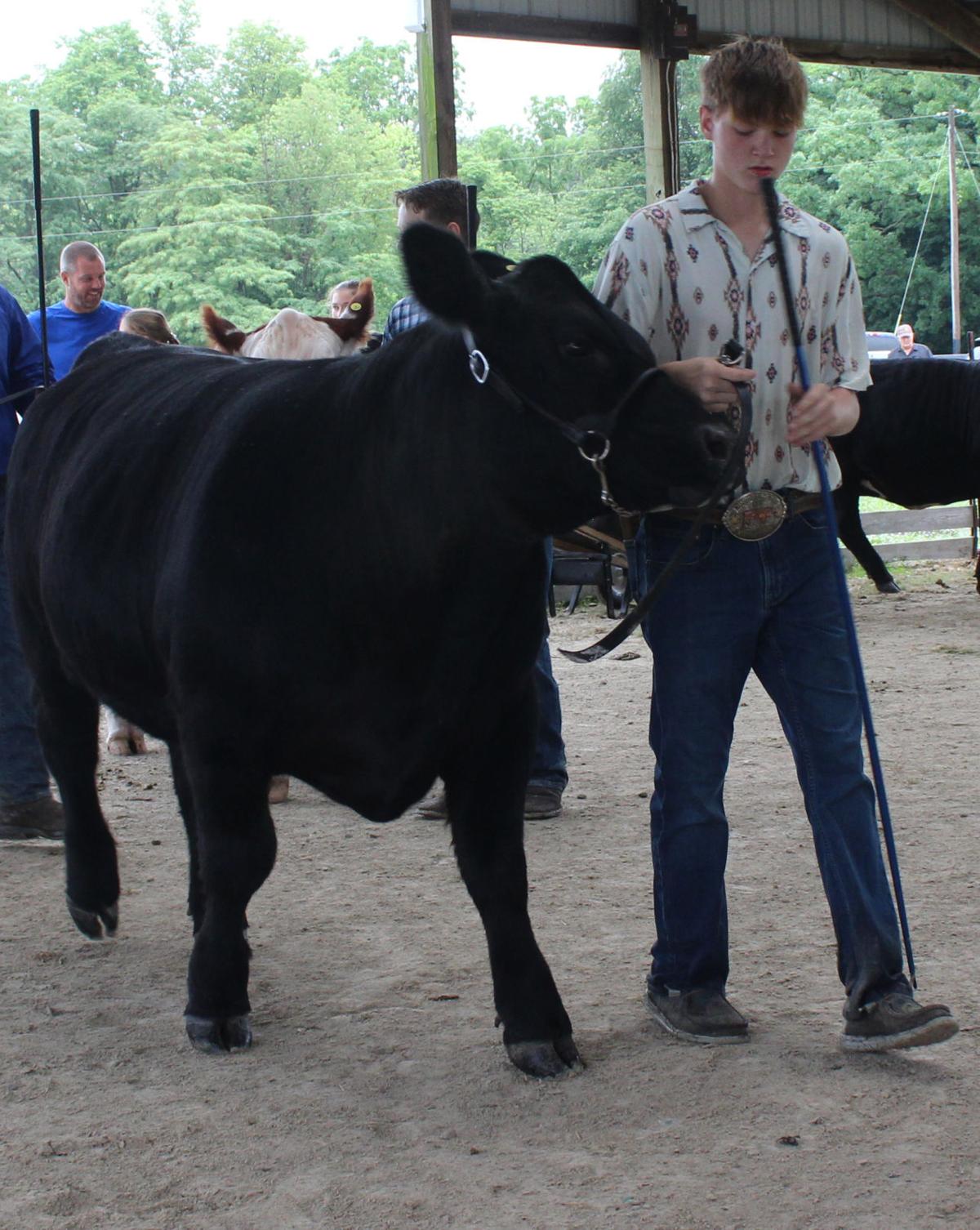 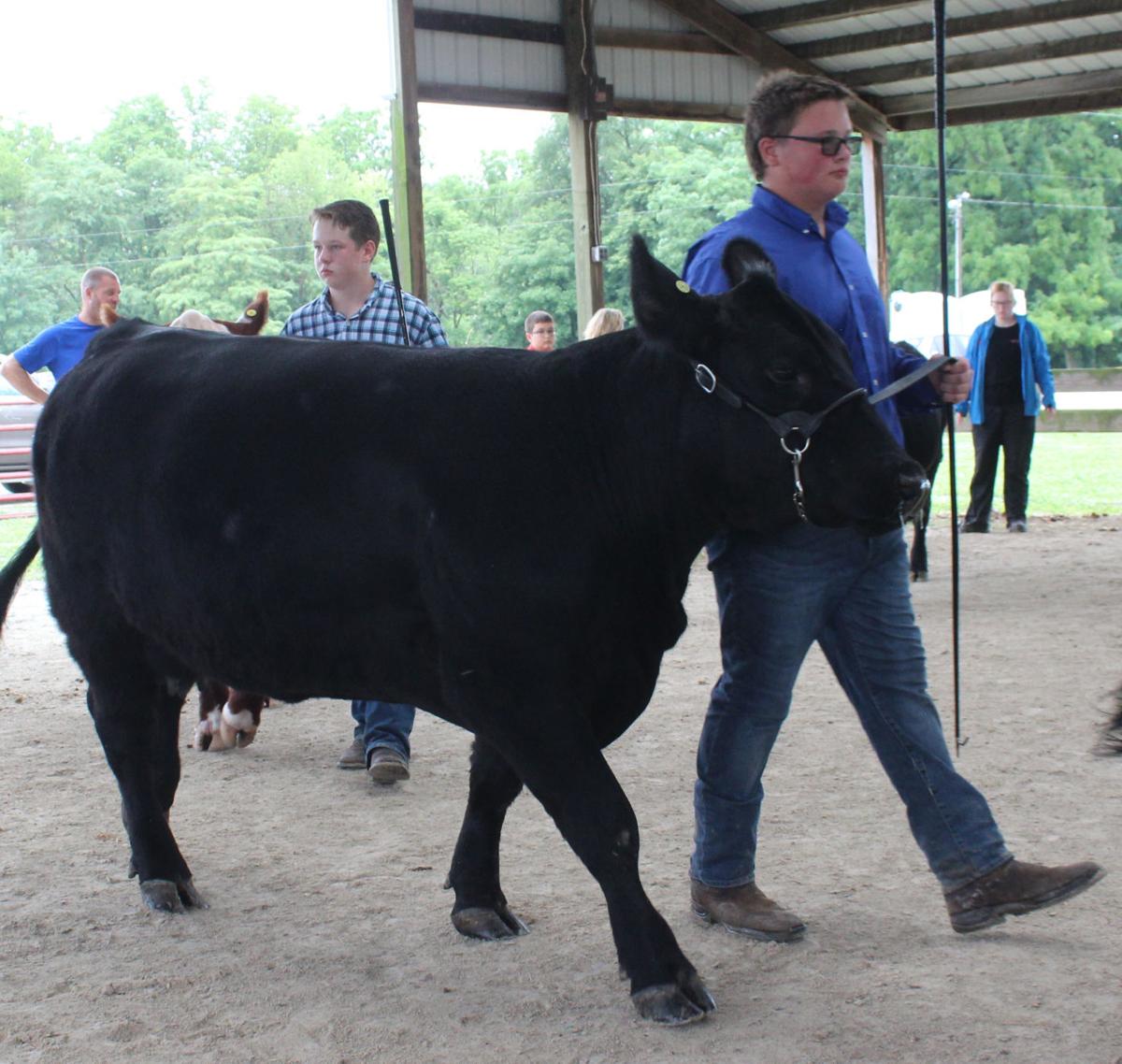 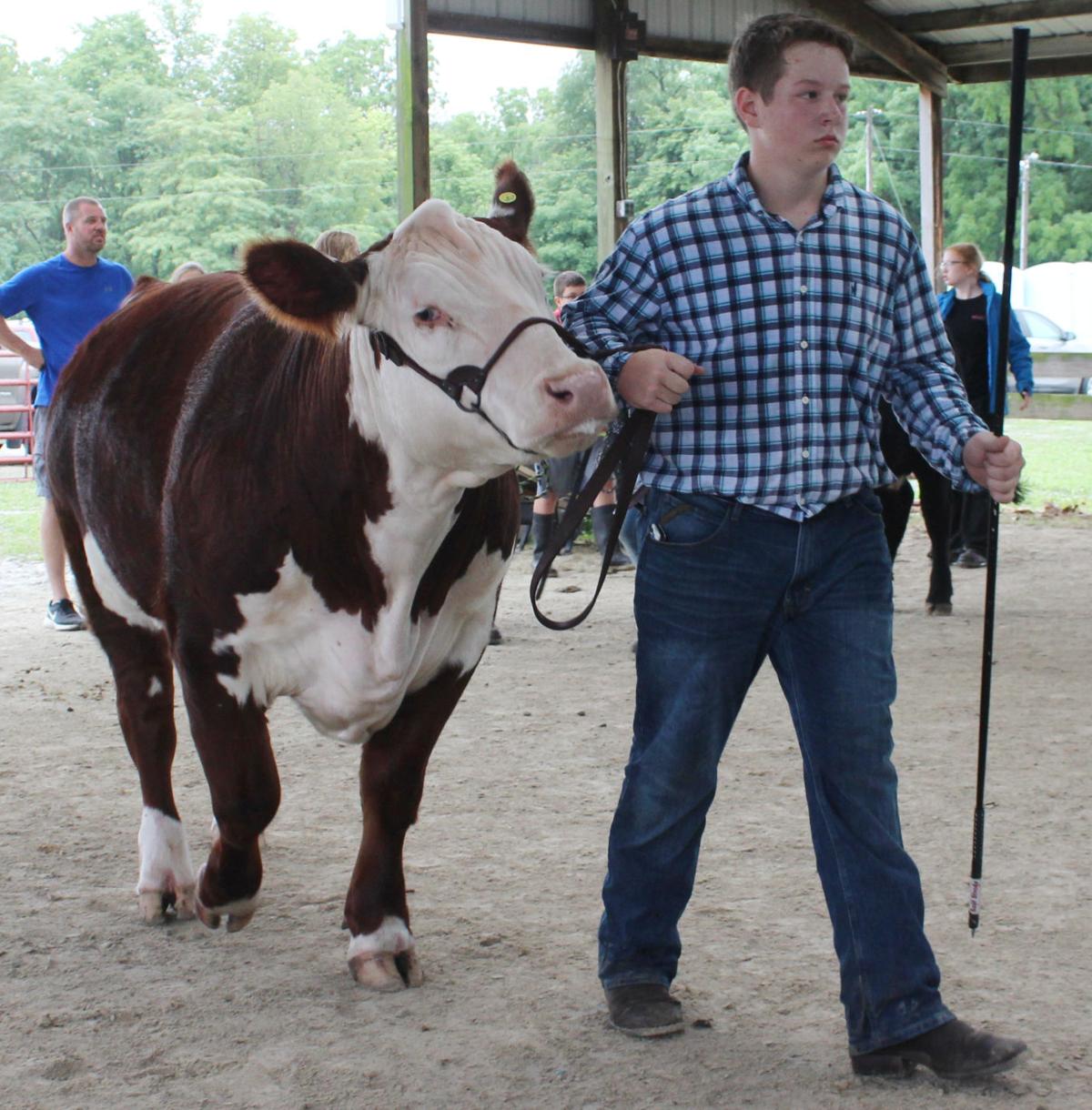 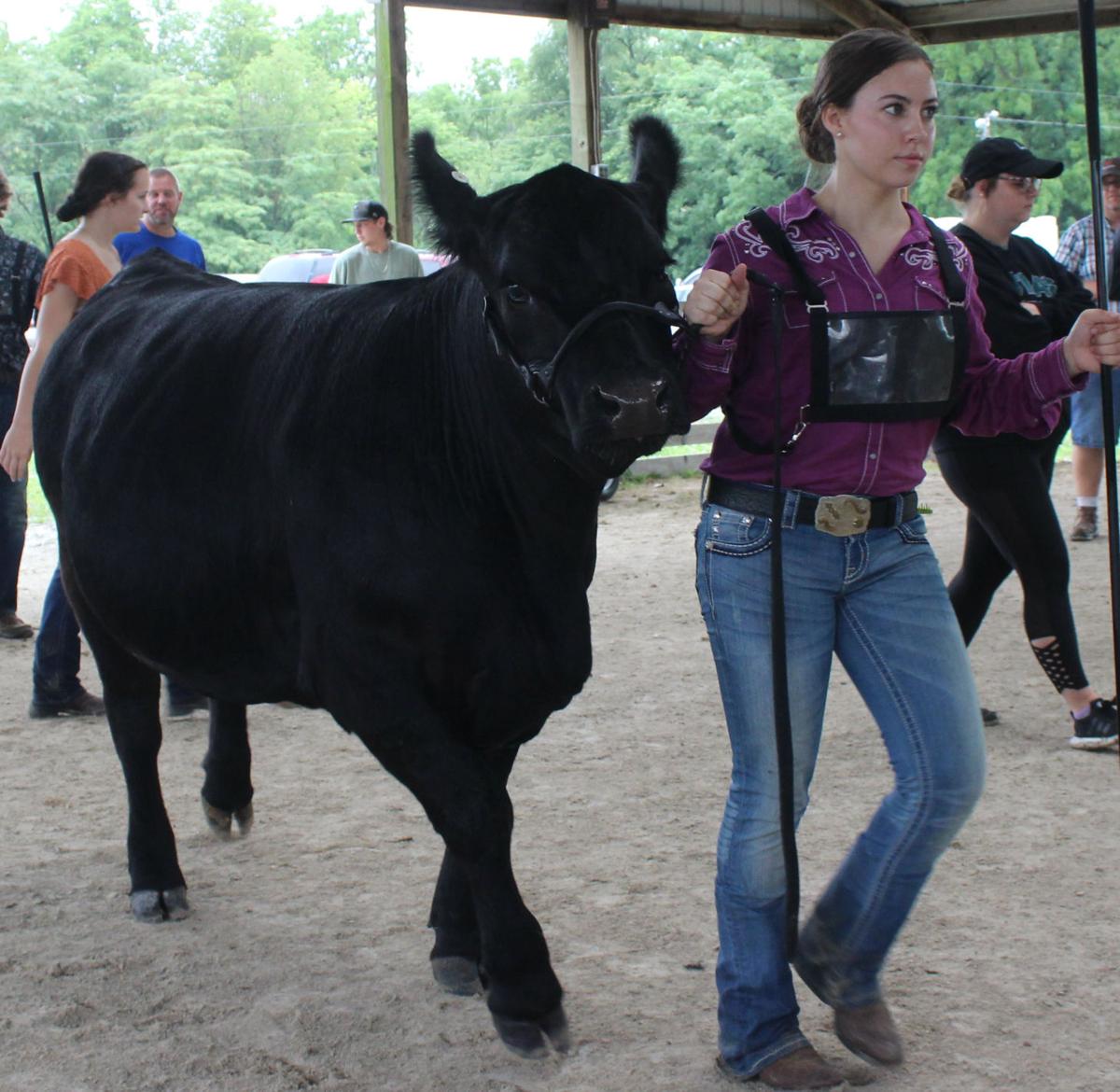 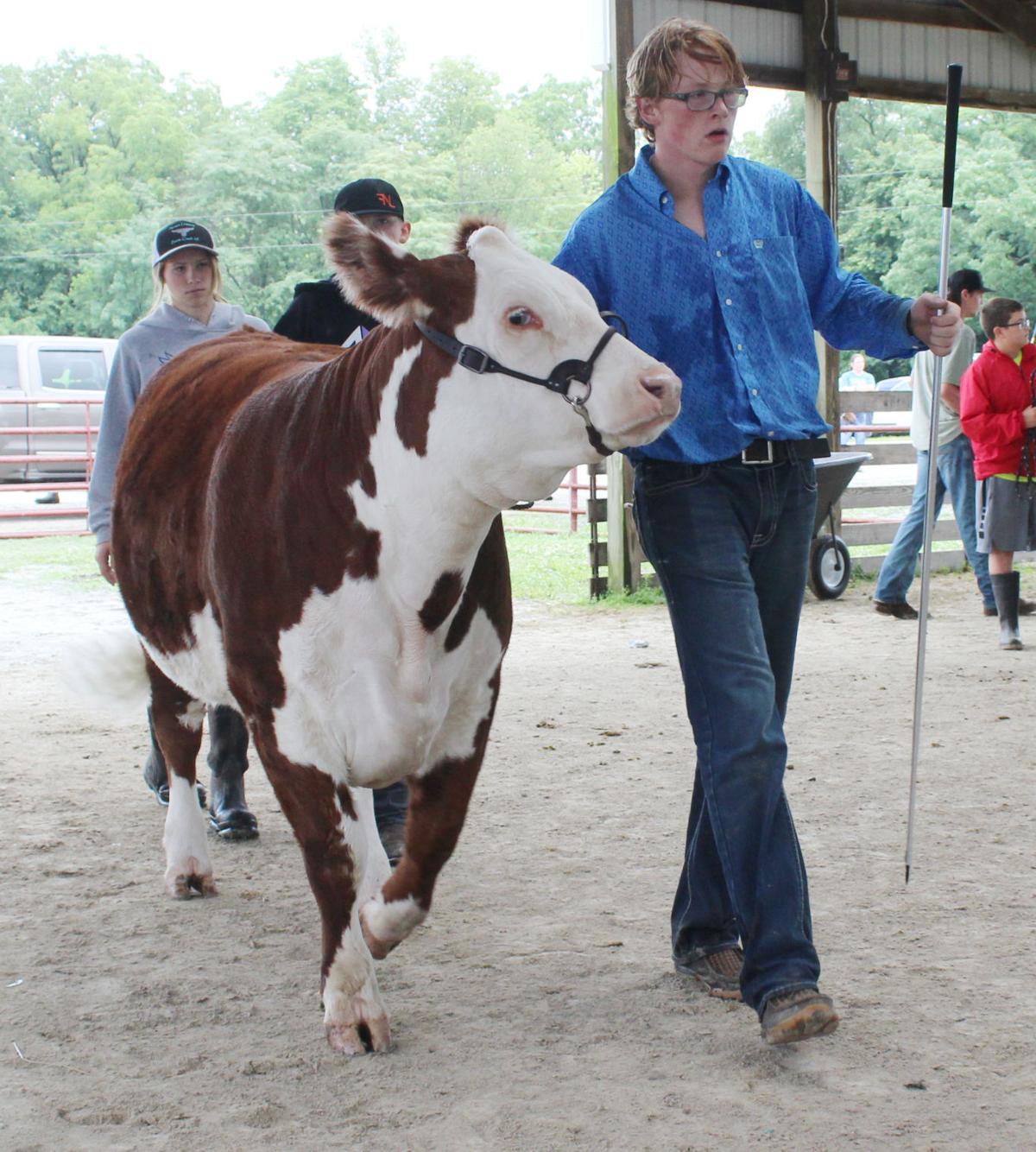 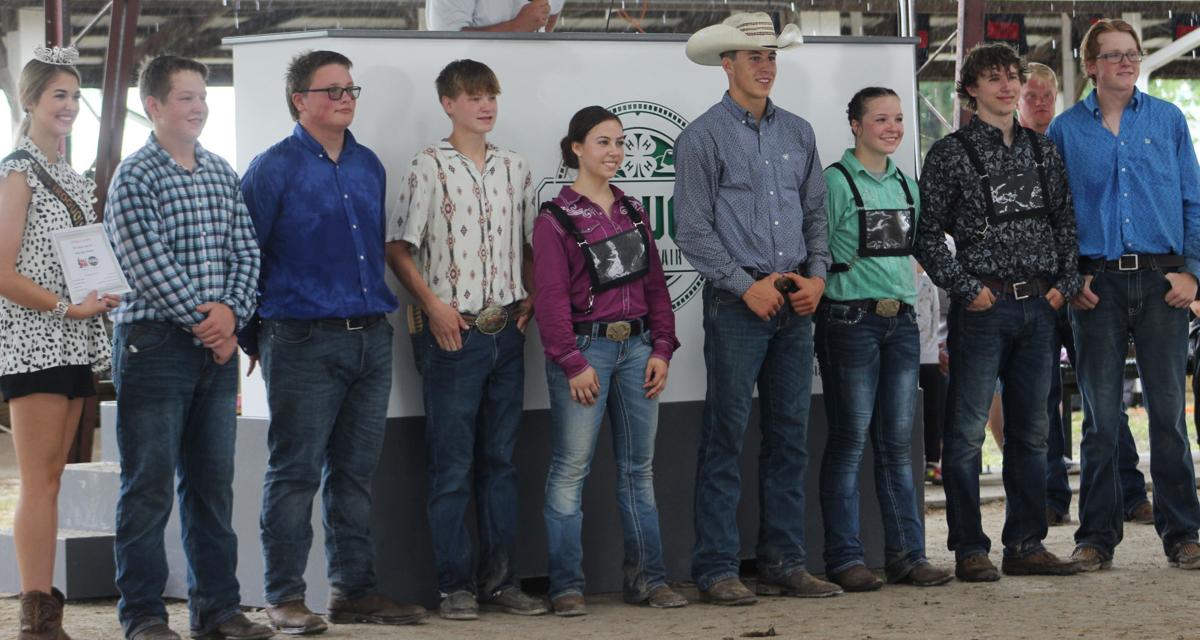 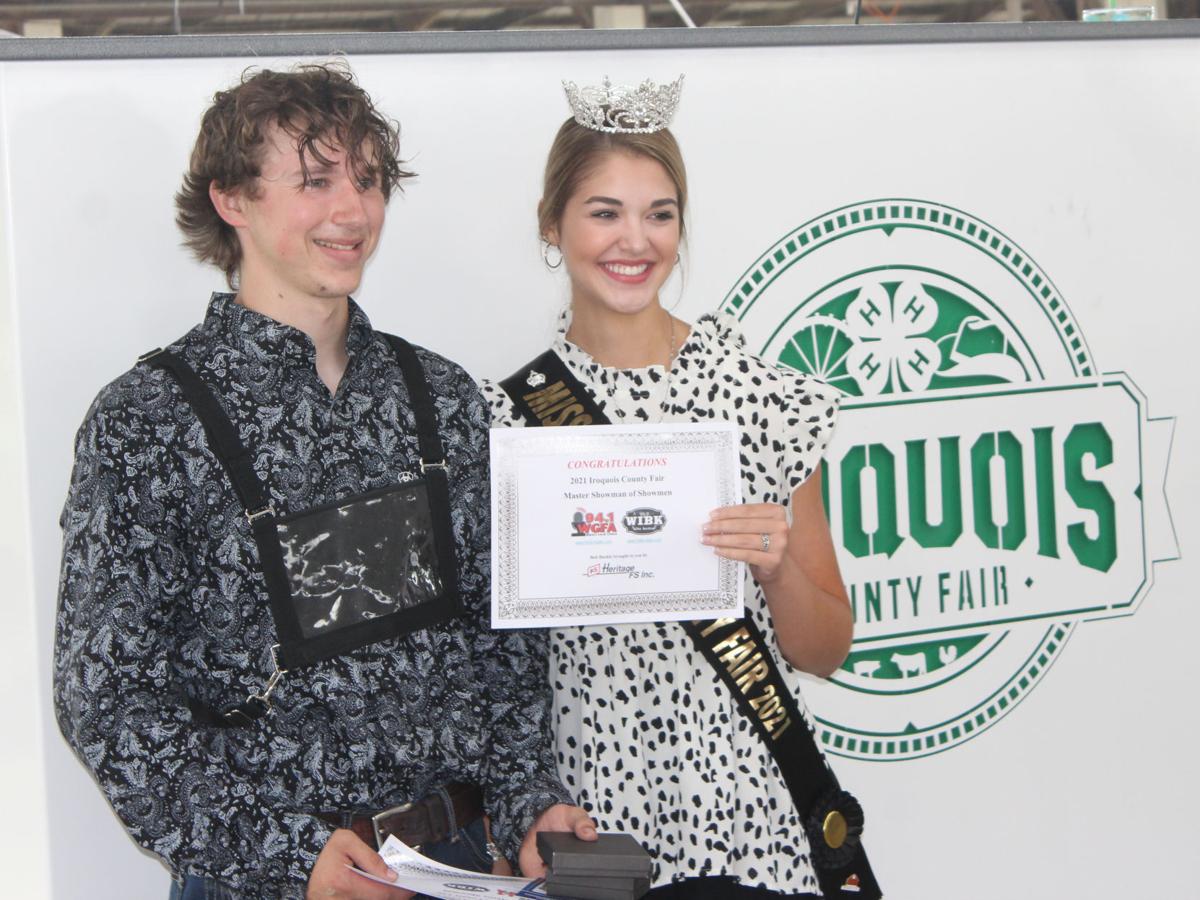 Zach Gerling, who would go on to win the event, shows a goat during the Iroquois County Fair Master Showman event July 16.

Kiernan Tammen leads the cow she showed during the Master Showman competition into the show area July 16.

Gerling, who competed for the title against seven other 4-H members representing livestock barns from the around the fair, is a member of the Danforth Blue Ribbon 4-H Club and is a sophomore at Joliet Junior College.

Gerling said it felt good to win as he had been looking forward to competing in Master Showman for a while.

“I’ve been wanting to do this for a while,” he said. “My family’s been helping me. It feels good to finally get this done and feel accomplished.”

This was Gerling’s second year competing in Master Showman, but he’s been showing sheep for five years.

Gerling credits his family with getting him interested in showing livestock.

“My mom grew up showing cattle,” he said. “When I was growing up, I came to the fair a bunch and saw everyone showing and I wanted to get into it. I started with goats. I walked into the sheep barn and it was like ‘This looks more interesting’ and got into sheep and stuck with it.”

Asked what some of the challenges of showing sheep at the Master Showman competition were, Gerling said showing the sheep without a halter.

“You’re showing them with just your hand under their chin and hoping that they don’t spook and go crazy,” he said.

While he had shown swine at the Master Showman competition two years ago, Gerling said showing the swine this year was somewhat difficult since he was a little rusty.

“I was two years without showing a pig, so it was completely different,” he said.

Harvest Daze is gearing up for fun weekend

Pueschell will serve as speech coach at CCGS

“I like showing cattle,” he said. “I always wanted to show cattle.”

“I like competing and showing livestock at the highest level I can,” he said. “I’d like to be able to represent my family there. It’s a great opportunity.”

Rainy conditions on July 16 disrupted the normal order of competition for the Master Showman event. Heavy rains forced several schedule changes for a variety of events, so there was a delay between when competitors showed swine and when they showed the sheep and cattle.

During the competition, Nita Dubble informed the crowd that the fair has been looking at ways to help prepare 4-H members to be more competitive at the state level for the past few years.

Dubble said they opened the competition up to 4-H members from all eight livestock barns this year, but felt that having 4-H members try and show all eight species would be too much to ask of them in the short time they would have to prepare for Master Showman.

“This year, as an example, the kids probably got done showing about 5 or 6 on Wednesday night,” she said. “If we did show all eight species, they would have had probably 10 hours to learn eight species to be able to compete in this competition. We felt that was just a little bit too much.”

Dubble said the state level competition only requires presenters to show three species, so they hoped limiting the competition to three on the county level would help prepare them for state.