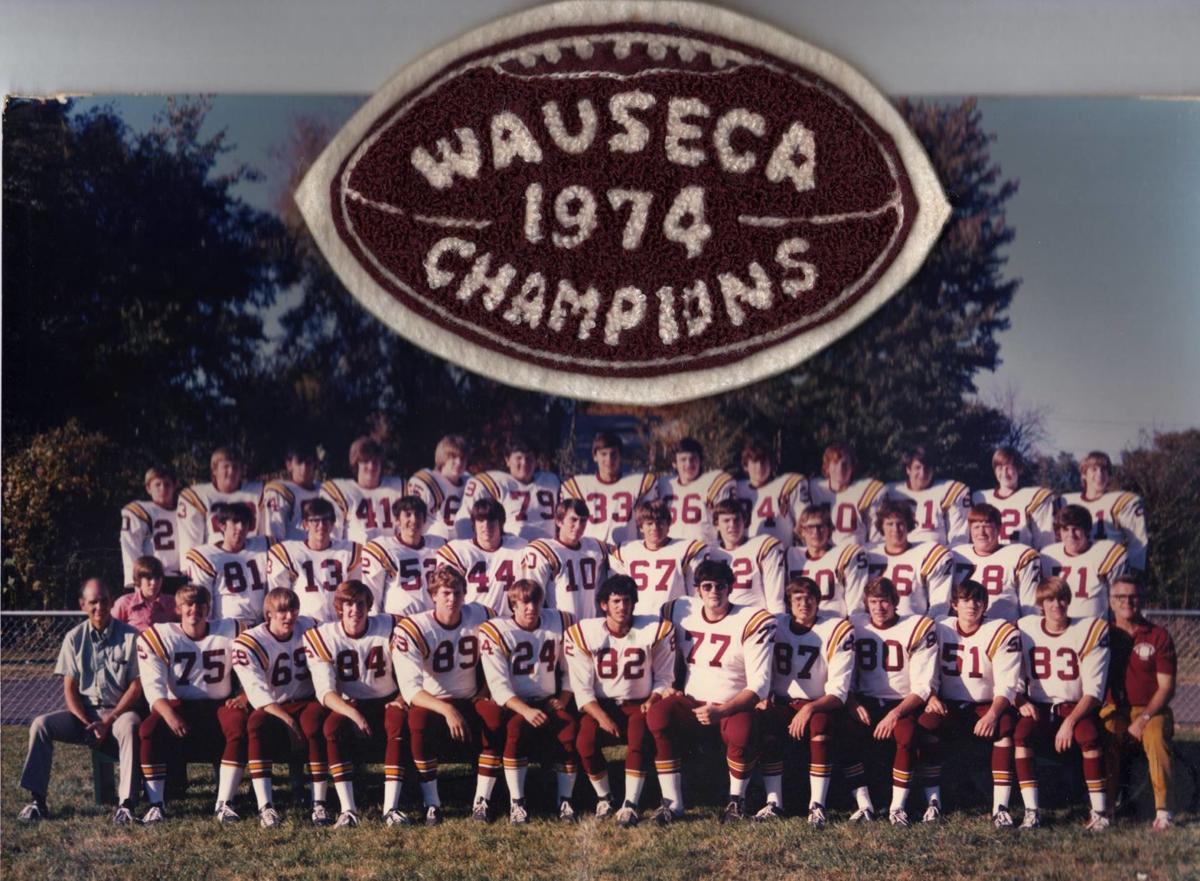 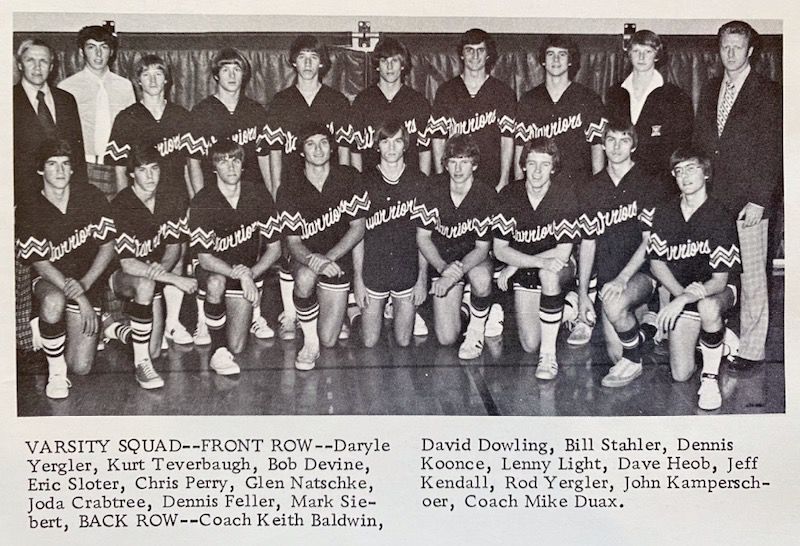 The 2021 Athletic Inspiration Awards will be given out this year at the annual WCHS Alumni Reunion & Banquet during the Homecoming weekend of Sept.17-18.

The 1974 Warriors football and 1975-76 basketball teams will be honored at Friday night’s game and during the Alumni Banquet on Saturday of that weekend, according to information provided by the committee.

The Warriors’ coaching staff was cautiously optimistic about the 1975-76 basketball season. With only one returning starter from the 1974-75 team that placed third in the Class A State Tournament; they knew they needed some new faces to contribute to help the Warriors to have another successful season.

Anchored by the returning starter, Rod Yergler, the Warriors jumped off to an 8-0 start before heading to the Danville Holiday Tournament. With the emergence of Glen “Cheeseball” Natschke as a major force inside and the youthful energy of juniors, Dennis Koonce, Eric Sloter, and Daryle Yergler; the 75-76 Warriors were developing into a strong team.

At Danville, the Warriors suffered their first loss to Chicago De Lasalle; but then rebounded to win the next three games and the Consolation Championship. The Warriors next went on to defeat a very good Cissna Park team in the Championship game to win the Iroquois County Tournament. With the help of some strong bench players including seniors, Joda Crabtree and Kevin Verkler, the Warriors looked good going into the state tournament. After winning both the regional and sectional tournaments, the 75-76 Warriors became the third consecutive Keith Baldwin coached team to reach the “Sweet 16”.

At the Super-Sectional, the Warriors lost a heartbreaking game to Bloomington Central Catholic by just one point. The team ended the season with a 27-4 record. At that time the 27 victories represented the most victories for any Watseka basketball team in history. The 1975-76 Warriors were a team in the real sense of the word. No one was worried about who was doing the scoring; as in many games there would be four players in double figures. Everyone was just worried about winning.

Twelve Warriors accounted for 57 touchdowns on 30 rushes, 26 passes and one flea flicker; total distance covered on these scoring plays was 381, 883 and 33 yards, respectfully.

The Warriors qualified for postseason playoffs as undefeated champions of the Wauseca Conference (6-0), outscoring league foes, 204-81.

Coach Gordon McKenzie worked tirelessly his entire career for Illinois high school postseason football; he guided the 1974 squad to the semi-finals in the IHSA’s inaugural Class 2A playoffs.

Following a non-conference loss to close out the regular season, Watseka traveled to unbeaten Le Roy for a Wednesday first-round game. The explosive Warriors offense bombarded a Panthers defense which surrendered two touchdowns all season. Watseka led 16-0 after one quarter and 36-0 at halftime; the final score was 51-7.

In a semifinal showdown at Decatur, the Warriors record setting season ended, 20-8. Decatur St. Teresa turned several uncommon Watseka miscues into points, including a fumble recovery returned for a 46-yard TD. This marked the Bulldogs 33rd consecutive victoryenroute to the 1974 Class 2A football state championship game.

TEAM HONORS: Stevens, co-captain, offensive end and defensive linebacker was recognized as the Warriors Most Valuable Player. Irwin was the other co-captain. Others receiving team honors were Buswell as Most Improved; Verkler and Mitchell as Most Dedicated; and Esmont as Most Spirited. Bell and Swanson received Little All-State recognition.