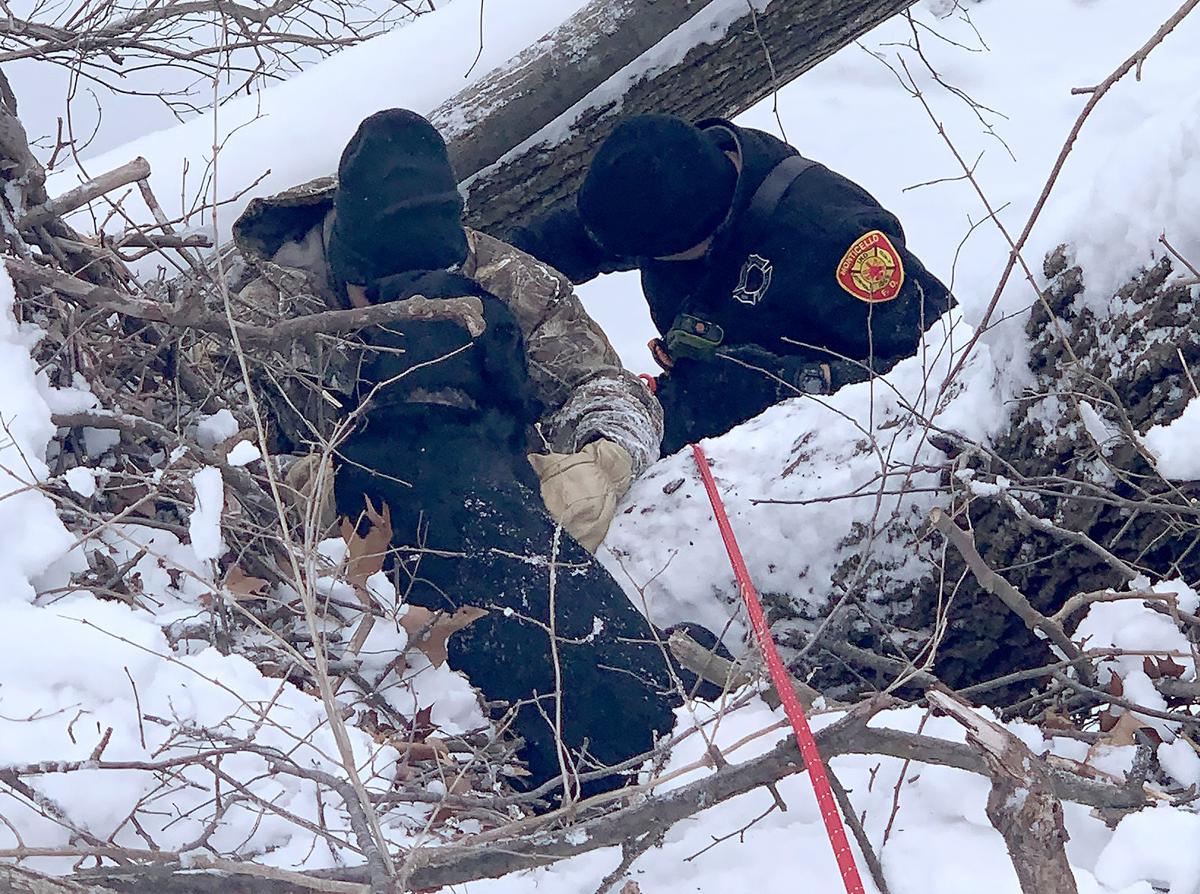 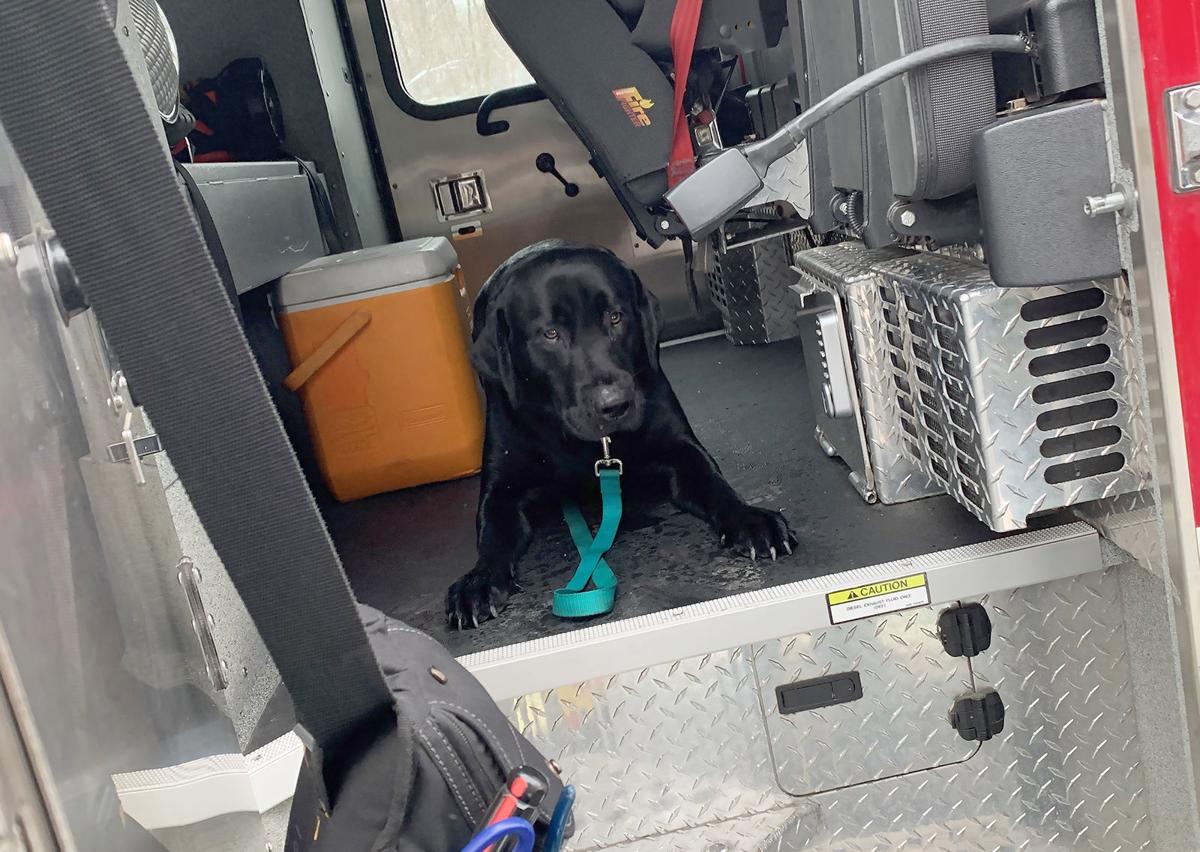 Dodger gets warm inside a Monticello Fire Department rescue truck after being rescued Feb. 8 after becoming stuck down a steep embankment.

Dodger gets warm inside a Monticello Fire Department rescue truck after being rescued Feb. 8 after becoming stuck down a steep embankment.

MONTICELLO, INDIANA — A Monticello man and his dog were rescued from a hairy situation Feb. 10 when both had to be pulled to safety from a 20-foot embankment along the frozen Tippecanoe River.

It happened around 8:45 a.m. when Monticello firefighters rescued Dodger, a black Labrador retriever and his human, Daniel McKinney, who had been tracking his canine companion after Dodger wandered away from their home in the 500 block of Beechwood Drive.

According to Robert Hickman, division chief for the Monticello Fire Department, McKinney tracked Dodger via prints in the snow and discovered the dog stuck down a steep, snowy embankment and unable to climb out.

Hickman said McKinney went down the embankment to rescue Dodger and soon found himself trapped.

McKinney’s father, Darrell Becker, called 911 for help. Within minutes, personnel from the Monticello police and fire departments arrived on scene and assessed that neither McKinney or Dodger were injured but were unable to climb out of their predicament.

Hickman said firefighters rigged up a mechanical advantage system of ropes and pulleys, and then lowered MFD Lt. Ryan Blake over the side. Blake was able to attach a harness to McKinney while Monticello firefighters and police officers began to pull them up. Blake and McKinney were able to pull Dodger up along with them.

WESTFALL: Learn how to become a certified UAV pilot

“Dodger survived the incident no worse for the wear other than a little cold and wet,” Hickman said. “He spent some time warming up in the back end of the fire department’s rescue truck before heading back home with McKinney.”

Hickman said firefighters are always ready to rescue both humans and animals in peril. He added that firefighters do this not only to save the animal but also to prevent injury or worse to their owners.

“This becomes of critical importance when the lakes and river become ice covered,” he said. “Dogs will frequently wander out onto the ice and then get in trouble when they fall through. The owners will then try to rescue them on their own.”

While neither McKinney nor Dodger fell through the ice, Hickman said the ice-covered river is likely where the dog was headed. Because of this, Hickman said it is best for people to call 911 before making their own rescue attempt that can turn tragic.

“Firefighters have both the training and equipment to quickly and safely make ice rescues,” Hickman said.

This story was first published Feb. 10 on www.thehj.com.