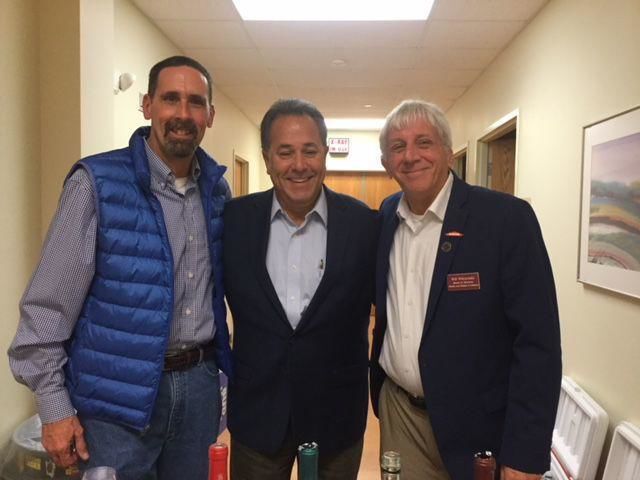 Jeff Raboin, Bob Burd, and Bill Wilczynski were the WACC board members who served as guest bartenders during a chamber event in 2018. 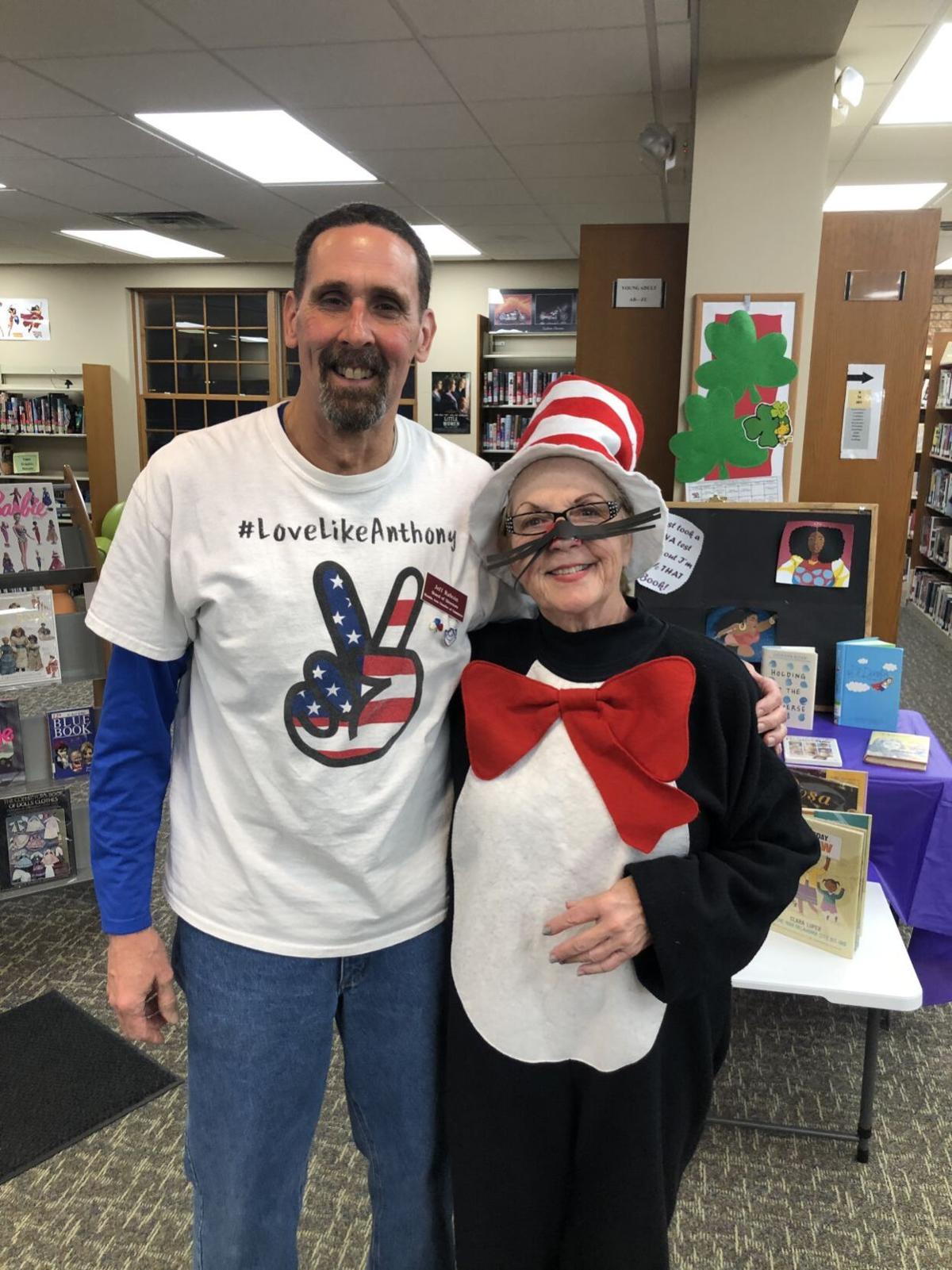 Jeff Raboin stands with The Cat in the Hat (Robin Shuda) at a Watseka Library event where he volunteered.

Jeff Raboin, Bob Burd, and Bill Wilczynski were the WACC board members who served as guest bartenders during a chamber event in 2018.

Jeff Raboin stands with The Cat in the Hat (Robin Shuda) at a Watseka Library event where he volunteered.

From the moment he decided to take a job in Watseka, Jeff Raboin said he felt welcome here.

Though his job has changed and he has moved back to his hometown of Mattoon, Raboin said he appreciates the time he spent in the Iroquois County area and the people he met.

He moved here in 2016 after taking a job as director of distribution for Stock + Field in Watseka. He lived in Watseka during the week and went home most weekends to Mattoon, where his family still lived.

He felt at home in Watseka right away.

“The way the people there accepted me,” he said, noting that his first day he visited the Watseka Area Chamber of Commerce and talked with Executive Director Amanda Hibbs. He needed to find a place to live and he thought someone at the chamber office could help guide him in the right direction. He was right. Hibbs helped him and Raboin said he had made his first friend.

Once he was situated Raboin said he began looking for things to occupy his time when he wasn’t working. Not one to just sit still, Raboin said he soon started attending Business After Hours, a function conducted by the chamber. That snowballed into other events and activities.

“I had my work life and my free time. I wanted to stay busy,” he said.

He had the opportunity to volunteer at Wanda Kendall School and met teacher Mary Langellier. “What a special lady,” he said. When she retired in 2018 he then volunteered in teacher Samantha Peterson’s room.

Raboin joined other groups. One of those was the Lions Club. “That’s another group of guys I got to meet,” he said.

He became involved with the Knights of Columbus. “And there is another group of guys who accepted me,” he said. “I felt like I’d been around these guys my whole life.”

While he didn’t have a reason to do so often, he said he also attended a few city meetings. At the time there was talk of putting lights up in one of the parks and he was there to support that. He said he felt the city council responded to the request and put the lights up quickly to help out the neighborhood.

Raboin said the area also has many people who work hard. He said he had managed a great group of workers, noting that they wanted to do a good job and work hard.

When the time came to change jobs, Raboin said he thought about it quite a bit before doing it. He had grown fond of his adopted community.

Raboin wants people to know what a special place the Iroquois County community is.

He said the employees at some of the businesses he frequented while living here, such as CVS and Berkot’s were always welcoming. “You couldn’t have asked for nicer people,” he said.

He became a member of the chamber board and took part in most all of the activities that group conducts. Business After Horus events, helping with the flowers downtown, handing out the candy to children at the Halloween event and so many other activities were places he helped out.

When he wasn’t working or volunteering in the community, Raboin said he liked to ride his bike or go on a run around town. “Someone would always wave,” he said. Sometimes he would be up early and riding his bike while it wasn’t quite light. He always felt safe.

“Everyone was so open, so accepting, and made me feel welcome,” he said. “The positives in Watseka outweigh the negatives.

“I just want the community to know how much I appreciated my time up there.”