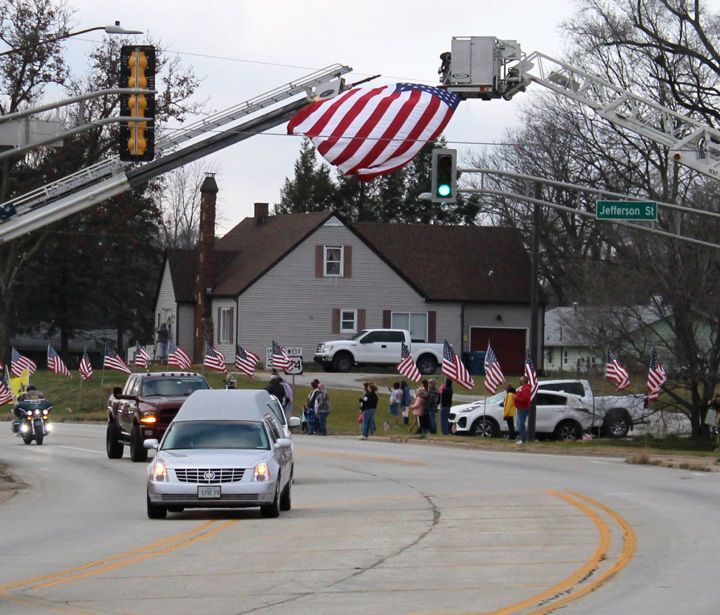 The hearse carrying Sgt. Jeremy C. Sherman passes under a flag hung by the Watseka Fire Department on Walnut Street in Watseka. 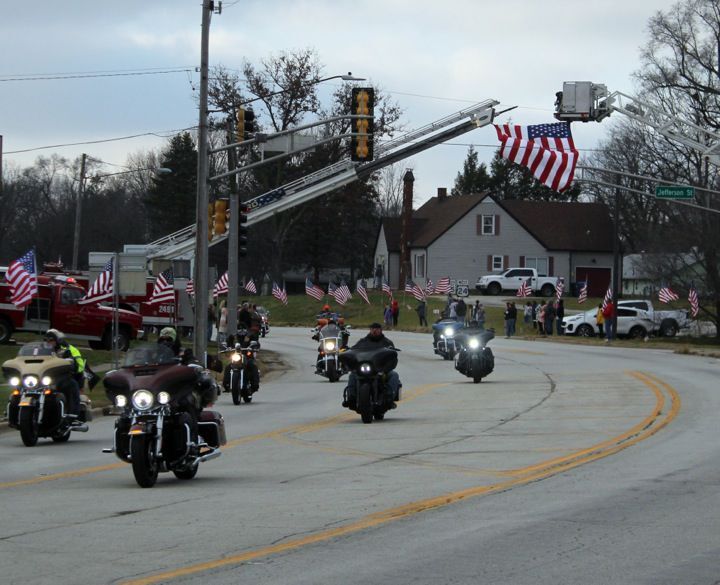 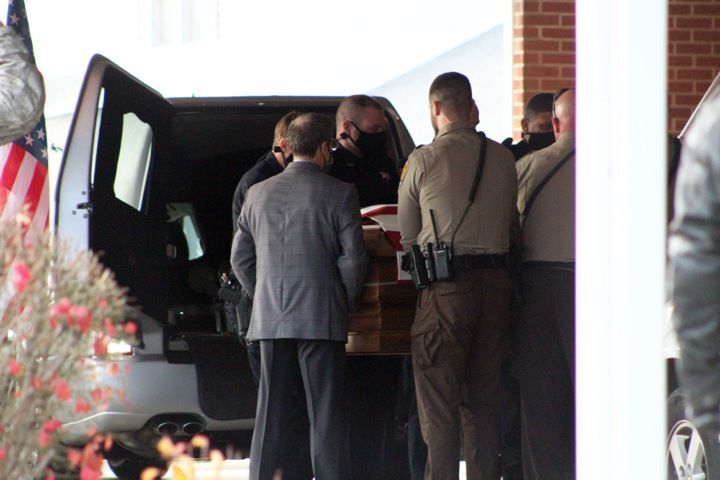 The casket of Sgt. Jeremy C. Sherman is carried into Knapp Funeral Home in Watseka. 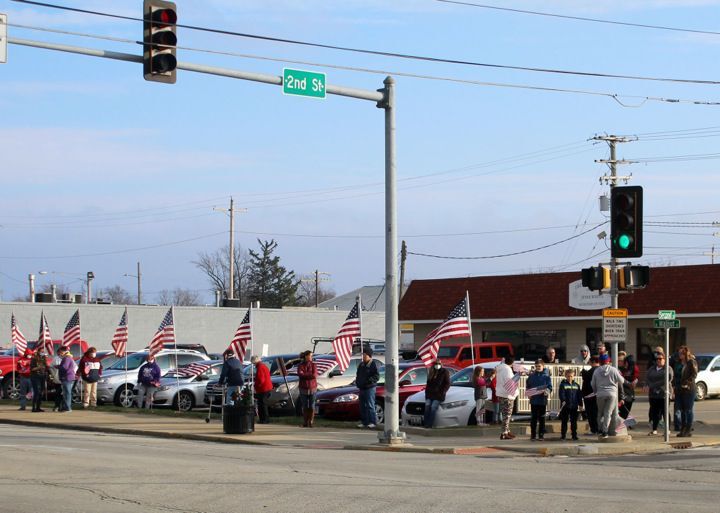 The hearse carrying Sgt. Jeremy C. Sherman passes under a flag hung by the Watseka Fire Department on Walnut Street in Watseka.

The casket of Sgt. Jeremy C. Sherman is carried into Knapp Funeral Home in Watseka.

People lined the streets as the motorcade of Sgt. Jeremy C. Sherman passed by the afternoon of Nov. 27.

Sherman, 23, was one of five American soldiers killed in a helicopter crash in Egypt earlier this month. Also killed were soldiers from France and Czech Republic.

He and fellow soldiers were part of the Multinational Force and Observers, which is a multinational peacekeeping mission established in 1981 to supervise the implementation of the security provisions of the Egyptian-Israeli Treaty of Peace.

Tribute was shown at various points along the way Friday as the motorcade made its way from Midway Airport to Watseka’s Knapp Funeral Home. The motorcade was escorted by a number of Patriot Guard, Illinois State Police, local police and others.

Several fire and police departments showed their respects along that route. As the motorcade made its way into Iroquois County, there were at least two vehicles posted at the overpasses on Interstate 57 to honor him. There are 11 overpasses in Iroquois County.

There were about 100 volunteers who helped to place American flags along U.S. 24 from Crescent City to Knapp Funeral Home in Watseka. Those flags are part of “The Flagman’s Mission Continues”, an organization which provides the flags to honor fallen soldiers in a community.

Jeff Hastings, president of the organization, said they provide as many as 2,000 flags to honor the fallen. The flags were placed by volunteers earlier Friday.

Mayor John Allhands was one of the volunteers. “It was great seeing so many volunteers from different communities come out to help put up the 2,000 plus flags all the way to Crescent City,” he said.