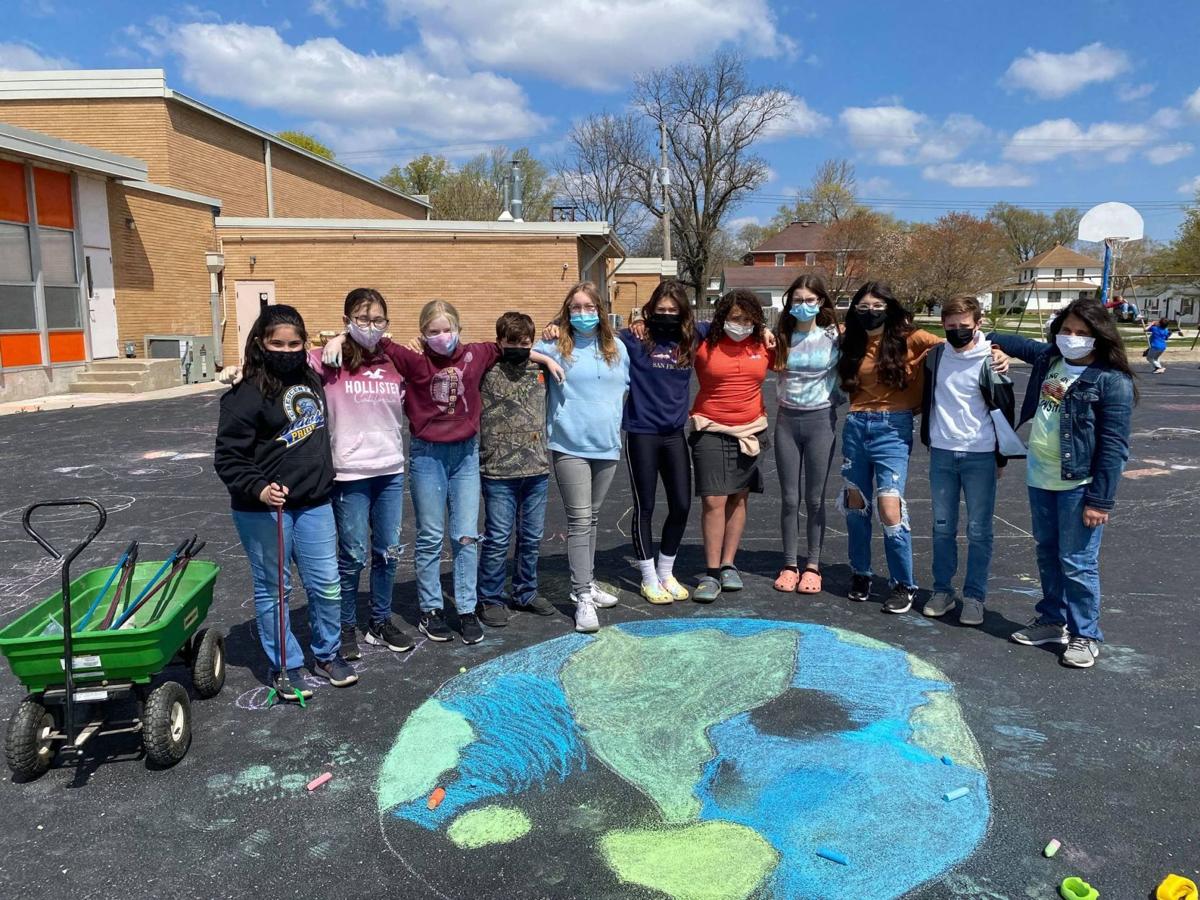 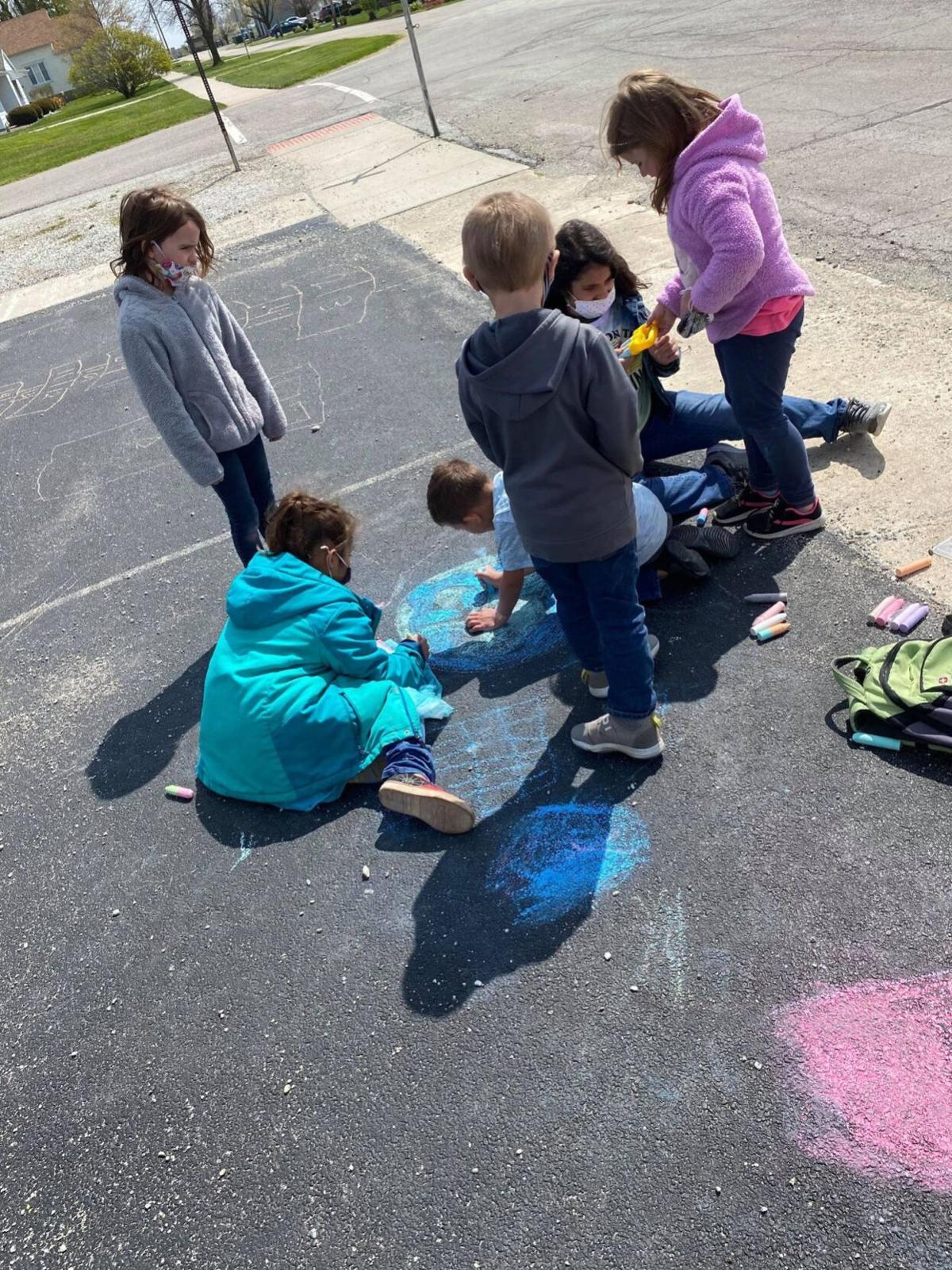 Even some of the younger students were happy to get involved with some of the Earth Day artwork. Several CCGS junior high students created artwork on the sidewalks and playground blacktop.

Even some of the younger students were happy to get involved with some of the Earth Day artwork. Several CCGS junior high students created artwork on the sidewalks and playground blacktop.

Rhonda Kollmann, one of the junior high teachers at Crescent City Grade School, organized Earth Day activities at the school on April 22.

One of the activities had students canvassing the neighborhood of the school to clean up litter. Kollman said, “I think the community does a good job of policing its litter. I expected to find more trash than we did.” The clean-up included the sixth and seventh grade students who walked around the school, went two blocks to the east of the school, around the high school, the ball diamond and Heritage Park. Students who helped with trash pick-up were Traeh Kissack, Hunter Wolfe, Lili Sorensen, Seth Dirks, Brielle Berry, Kenleigh Hendershot and Danica Lemenager. Absent that day was Haven Storm.

Kollman said, “The sixth and seventh graders worked very hard at getting trash picked up. We were glad the weather shaped up, so it was possible to do this on Earth Day.” The students much appreciated the use of grabbers provided by Grace Robinson's parents, Michael and Jeanna.

Eighth graders conducted trash pick up in the two blocks west of the school and then north to the highway. They also created chalk drawings in front of a local business and the post office. Eighth graders who participated were Lucas Albers, Kobie Hendershot, Lauren Janssen, Zach Klopp, Hannah Kollmann and Aubrie Pheifer; classmate Phoenix Twiggs was absent that day.

Four of the sixth graders remained at the school with Becky Dirks, who had the children write Earth Day messages and draw artwork in chalk. The four students who helped with this were Skylar Bennett, Victoria Milk, Kinzie Smith and Grace Robinson.

Kollman said, “the kids enjoyed the time outside and learned something about the types of things discarded. Hopefully, a sense of civic responsibility will kick in and develop over the years.”

Kollmann noted she was often the person in charge of Earth Day at the school she previously worked for. She said, “Increasingly, we are seeing the effects of a troubled environment in our atmosphere, oceans, lands, and plant and animal life. In the classroom over the last couple of weeks, I would post quotes relating to respect for our environment that we would discuss.”