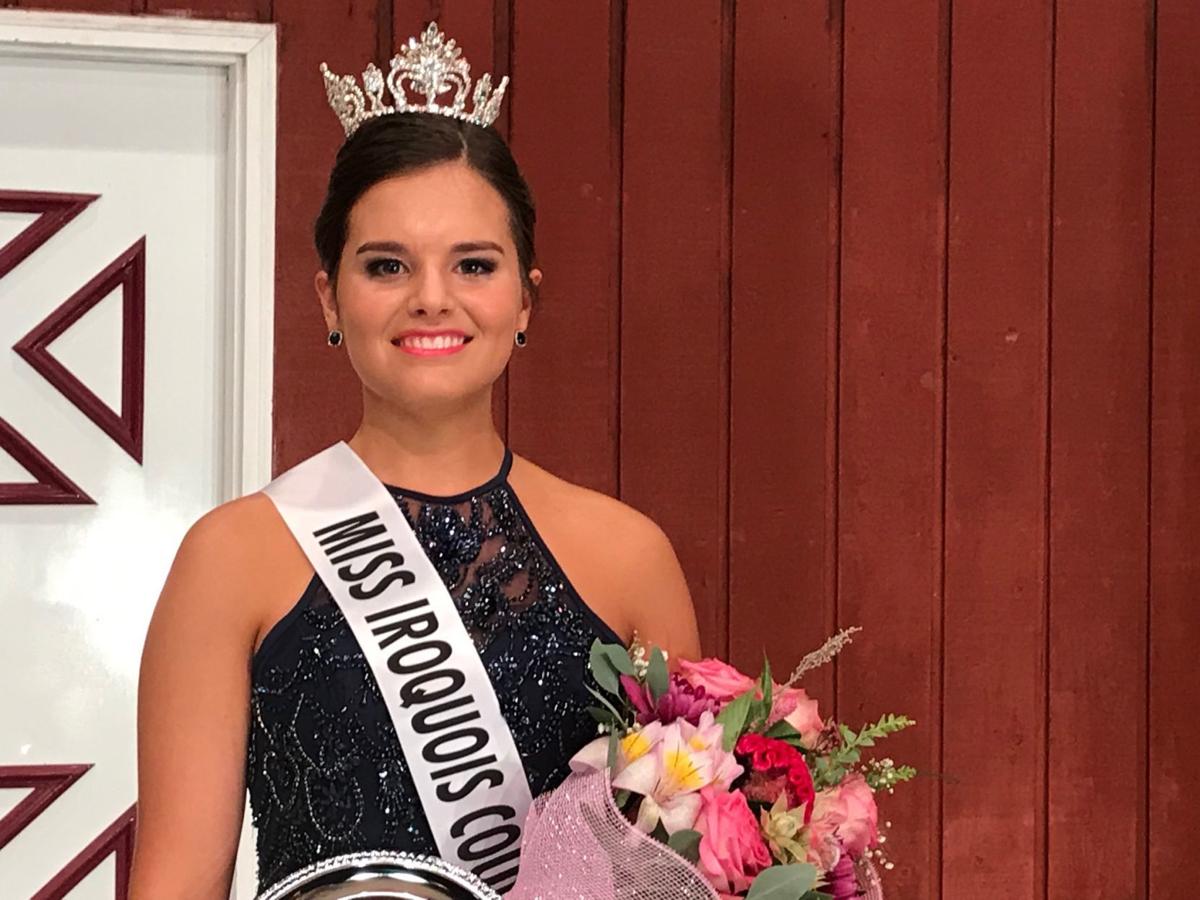 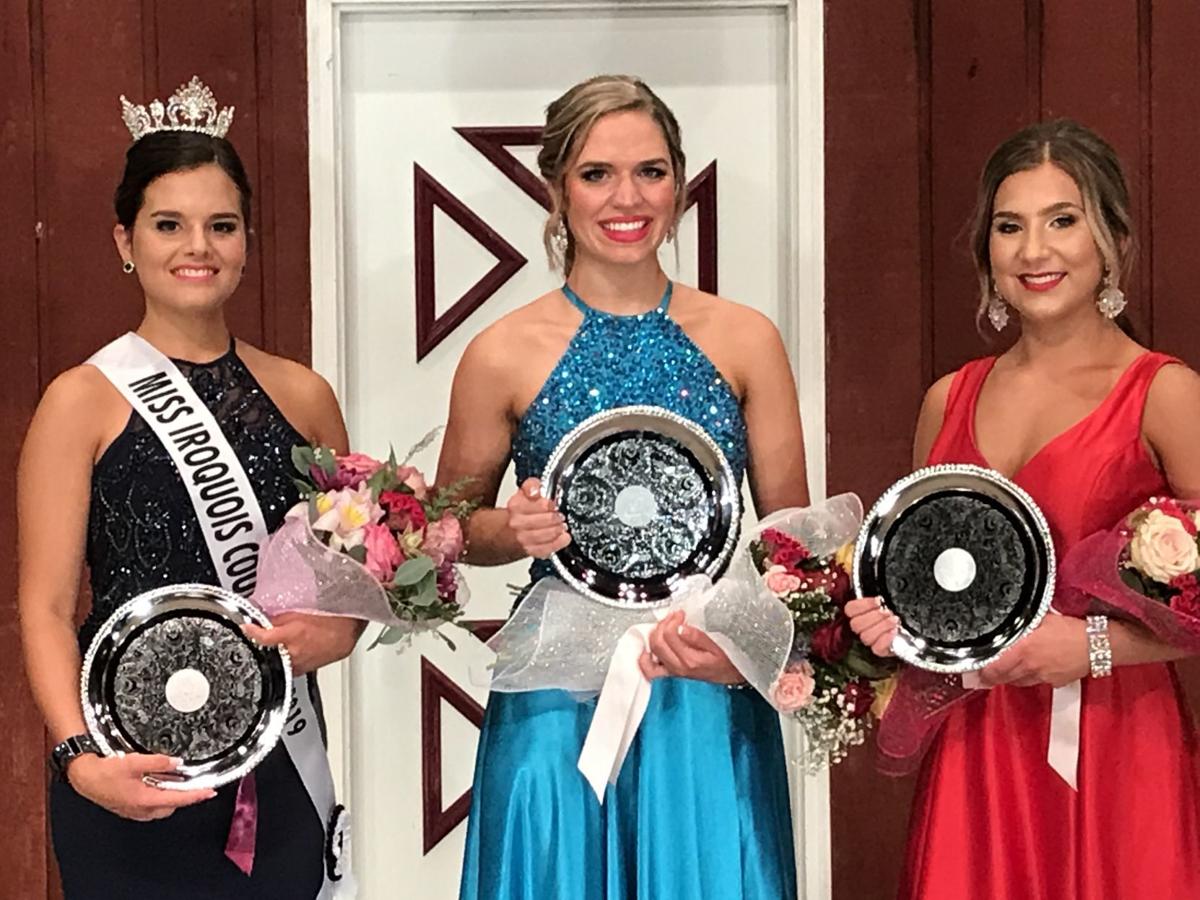 She was crowned Wednesday night before a crowd in the grandstand arena.

Miller, 20, is the daughter of Todd and Heather Miller. She graduated from Donovan High School in 2017 and is majoring in elementary education at the University of Illinois, Champaign. She works at Creative Custom Flowers in Bradley.

Miller also was selected by the other contestants as Miss Congeniality.

Taylor Hasselbring, 21, Cissna Park, was selected as first runner-up. She is the daughter of Troy and Lynn Hasselbring and is a 2016 graduate of Cissna Park High School. She is a radiologic technologist and diagnostic medical sonographer.

Grace Ahlden, 20, of Ashkum, was selected as second runner-up. She is the daughter of Jason and Julie Ahlden. A 2017, Iroquosi West High School graduate, she is a cosmetologist at A Cut Above.

Miller was all smiles as she answered questions from media and posed for photos.

She said she is ready to represent Iroquois County and to get started on her many duties as queen.

“I’m so excited to get to see all the 4-Hers tomorrow (Thursday),” she said.

“I know it starts right in the morning and I can’t wait to support all of the 4-Hers who put in so much hard work.”

She said she was surprised when her name was called as the winner.

“Oh, my goodness, I didn’t know what to think,” she said. “I was so happy and so excited and I just cannot wait to be an ambassador for our county. I’m so looking forward to it.”

She said she is ready for the coming year. “I know there’s going to be a lot of work to put in, but I’m so excited for it. It will be fun.”

Mary Quinn was the mistress of ceremonies for the evening. Throughout the evening she told the audience about the contestants and some of their accomplishments and goals.

The contestants took part in the physical condition/swimsuit competition, evening gown competition and speech and communications competition. They were escorted on and off stage by Malaki Verkler and Klaytin Hunsinger.

Lyndsey Neukomm, the outgoing fair queen, gave her farewell address, mentioning many people who helped her during the past year as she represented Iroquois County. Brenna Schroeder and Chris Schroeder, the co-directors, kept things organized.

As queen Miller will receive an all expense paid trip to the state pageant, which is in Springfield in January, as well as a cash prize from the Iroquois County Fair Association. Several businesses in the county donated prizes for the queen and other contestants.