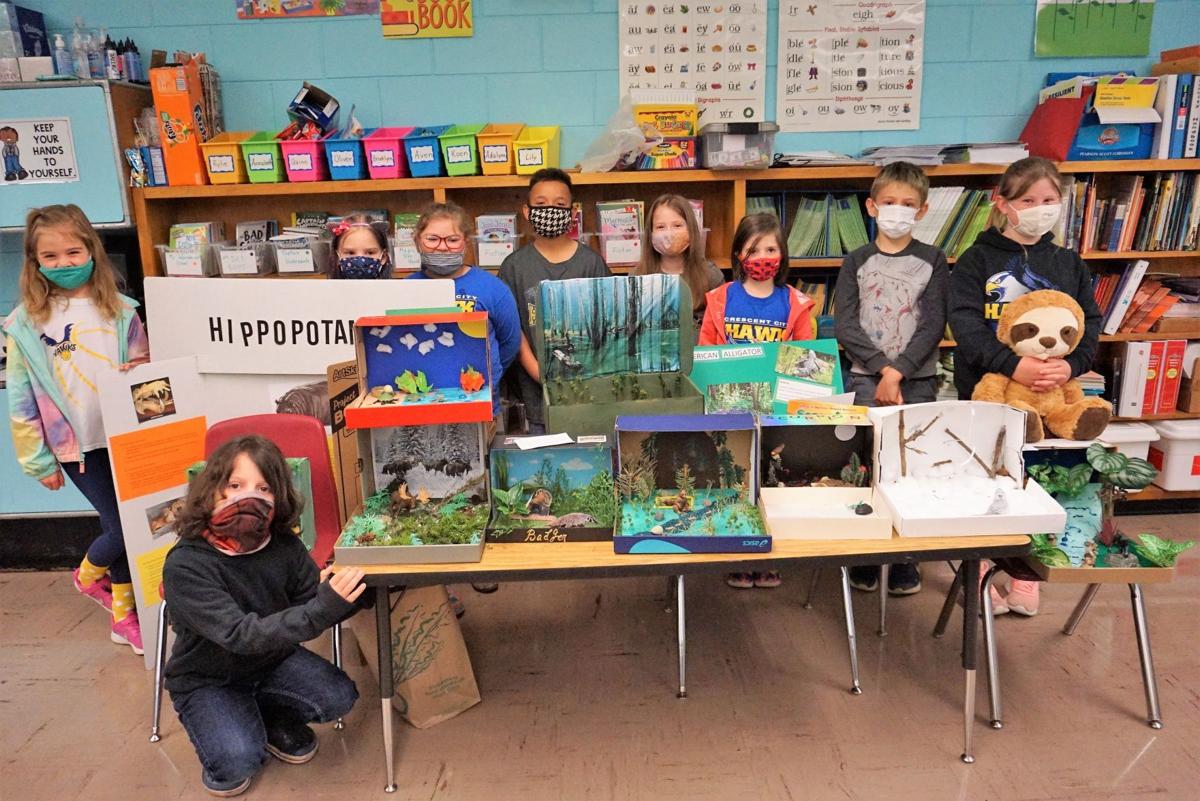 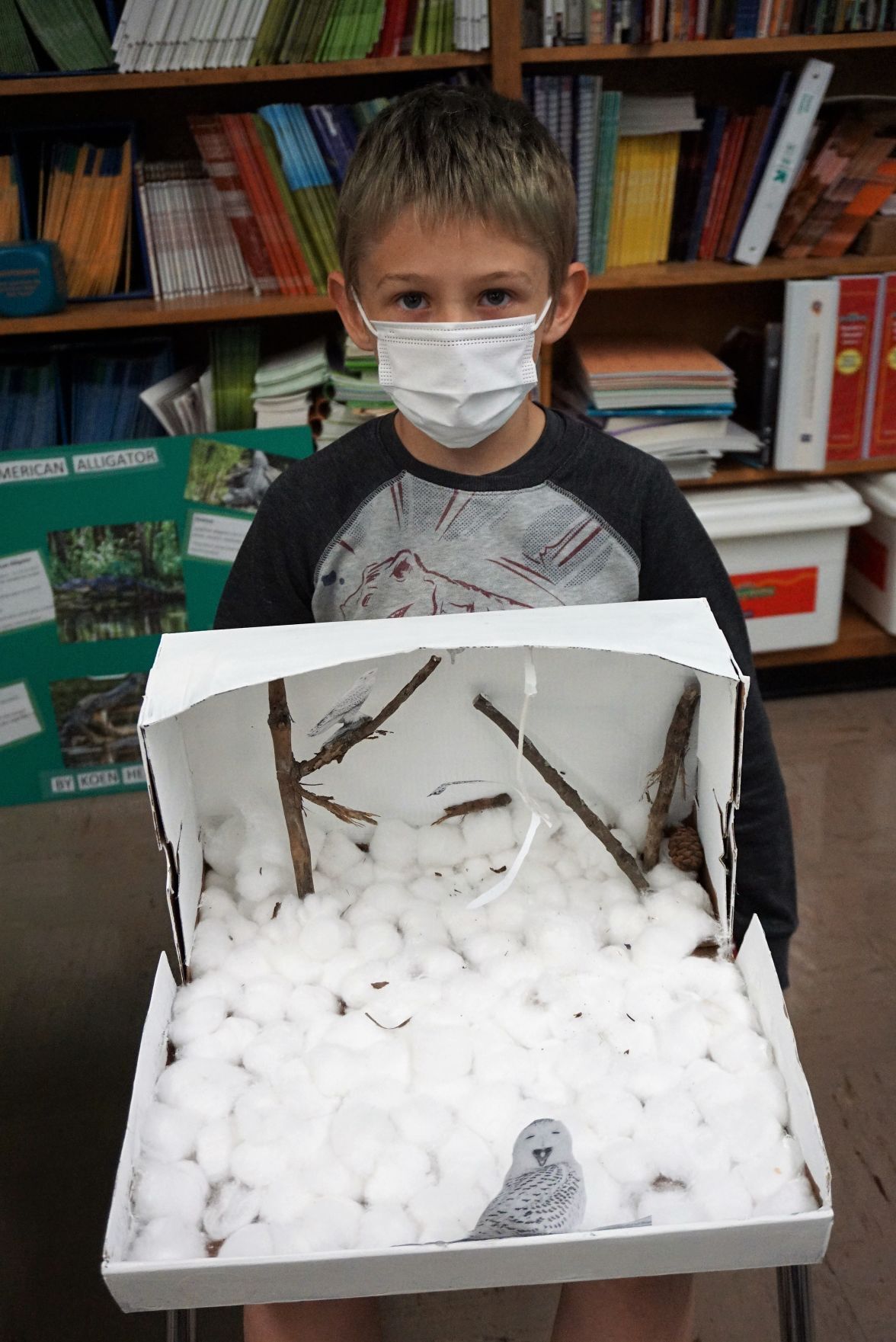 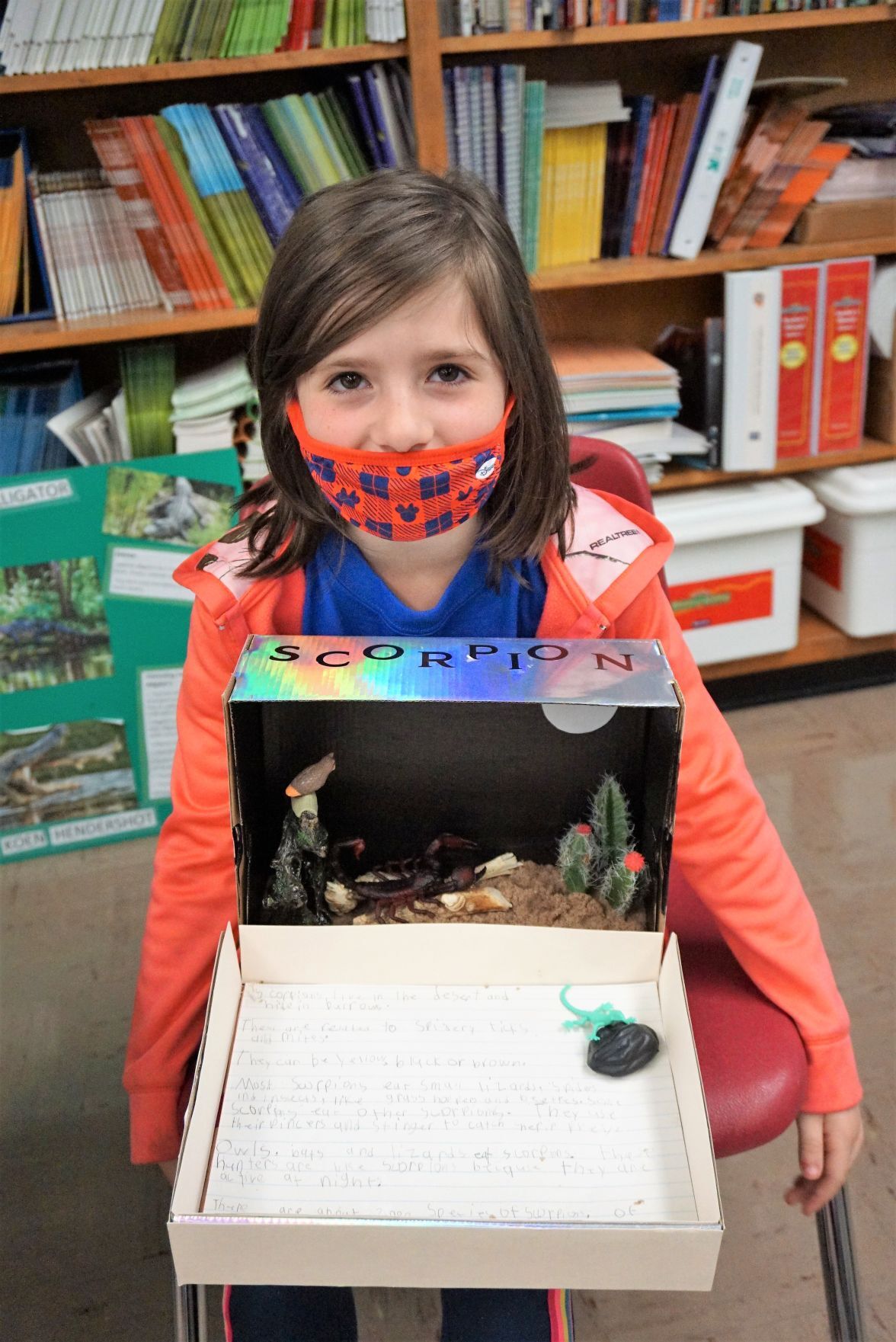 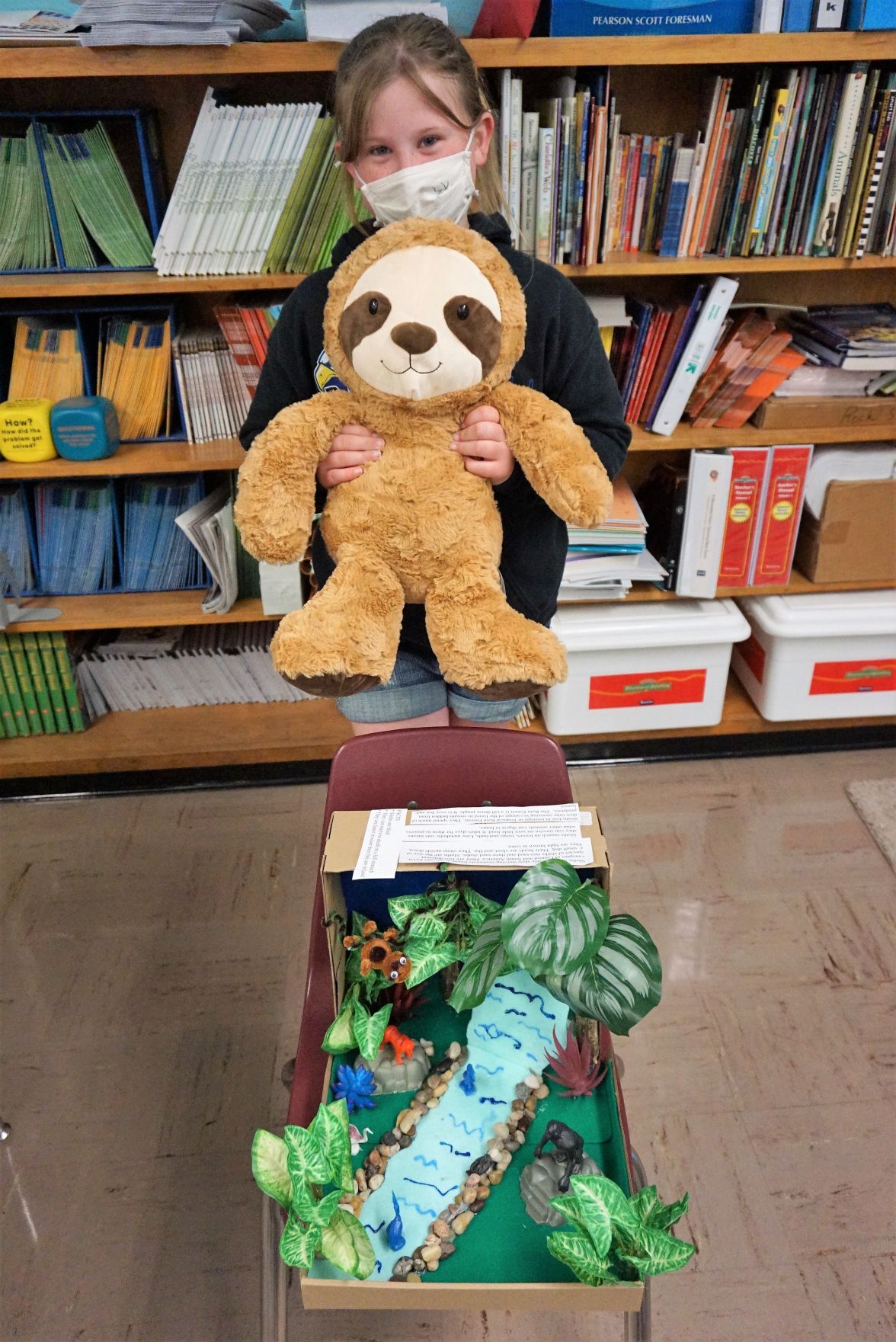 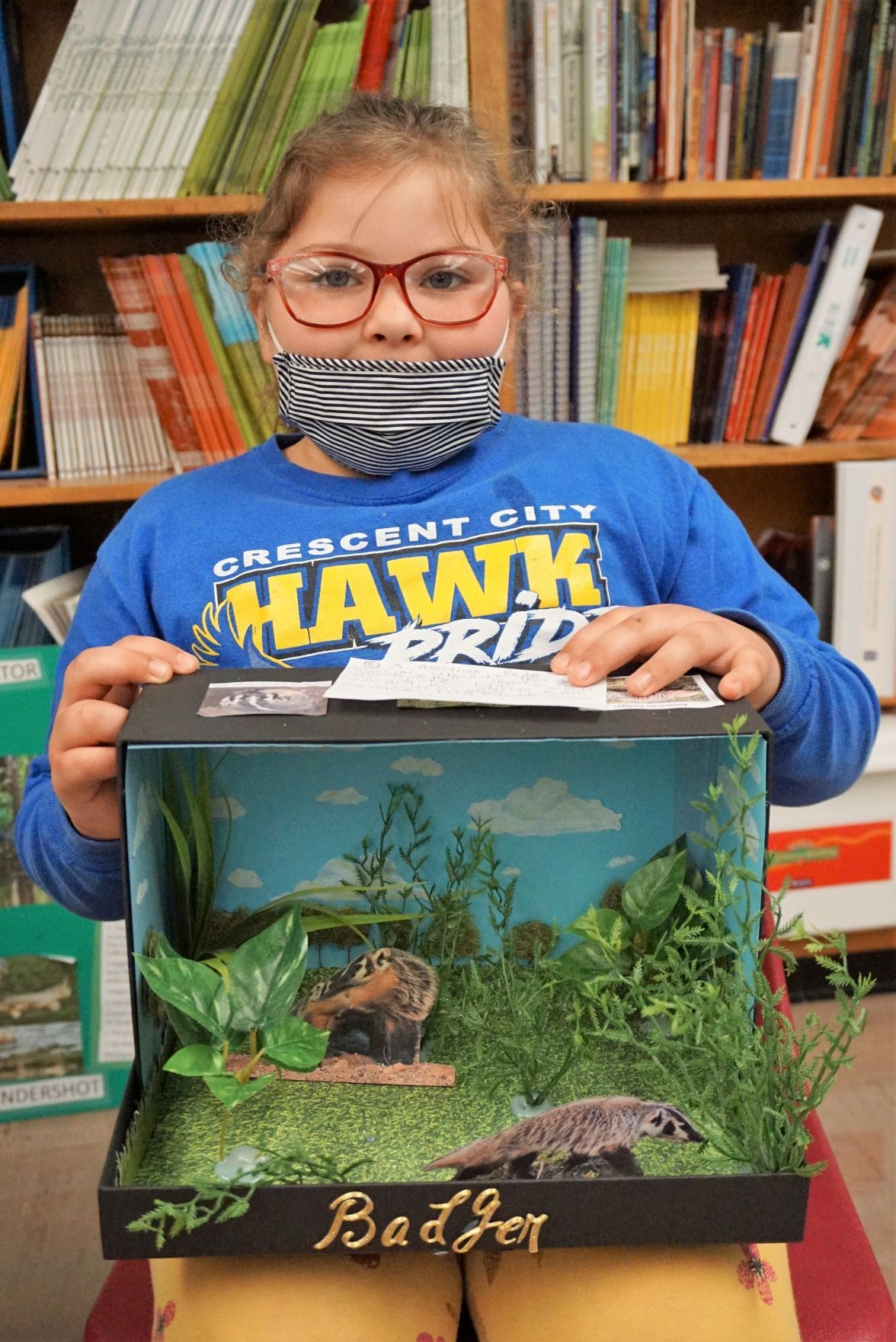 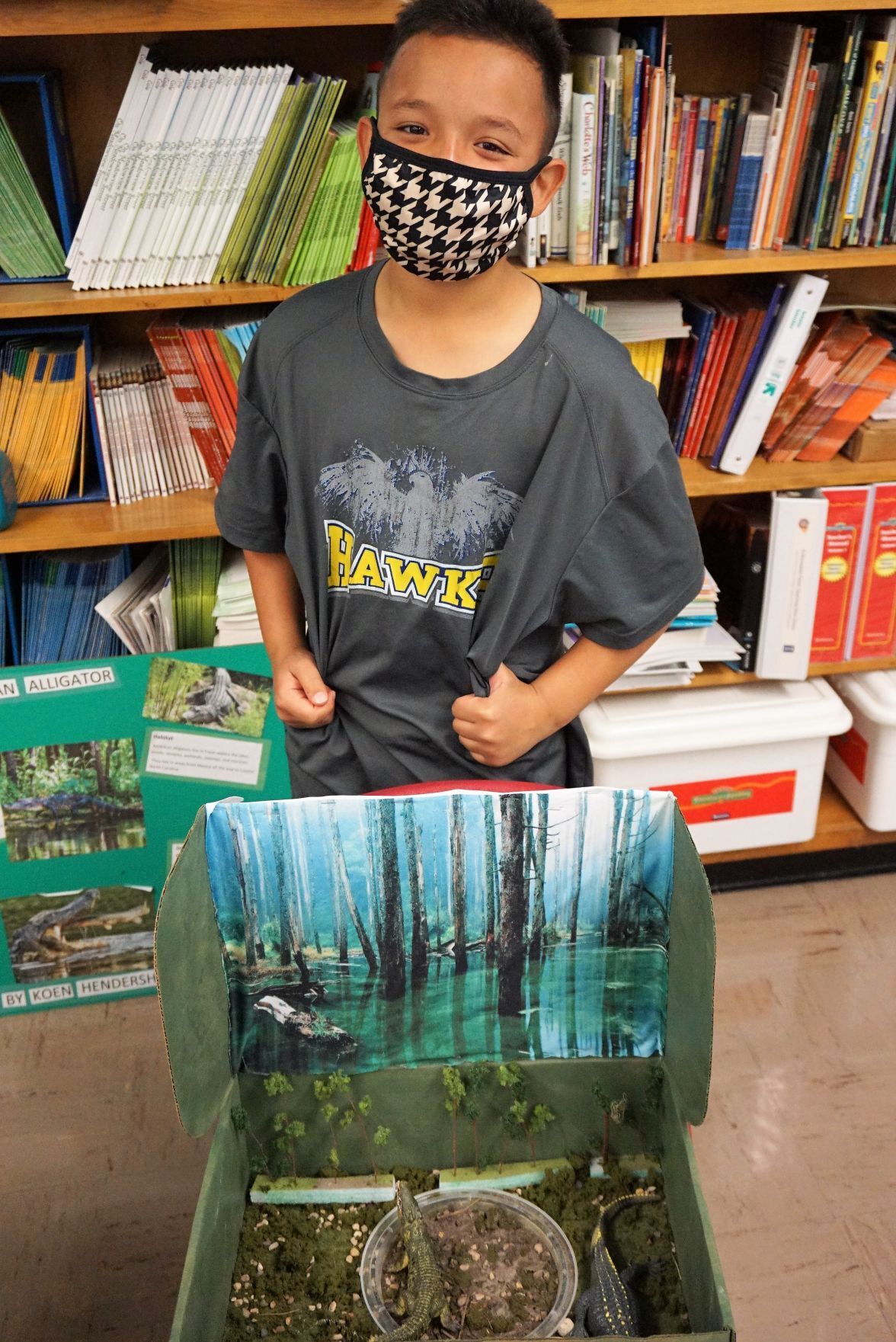 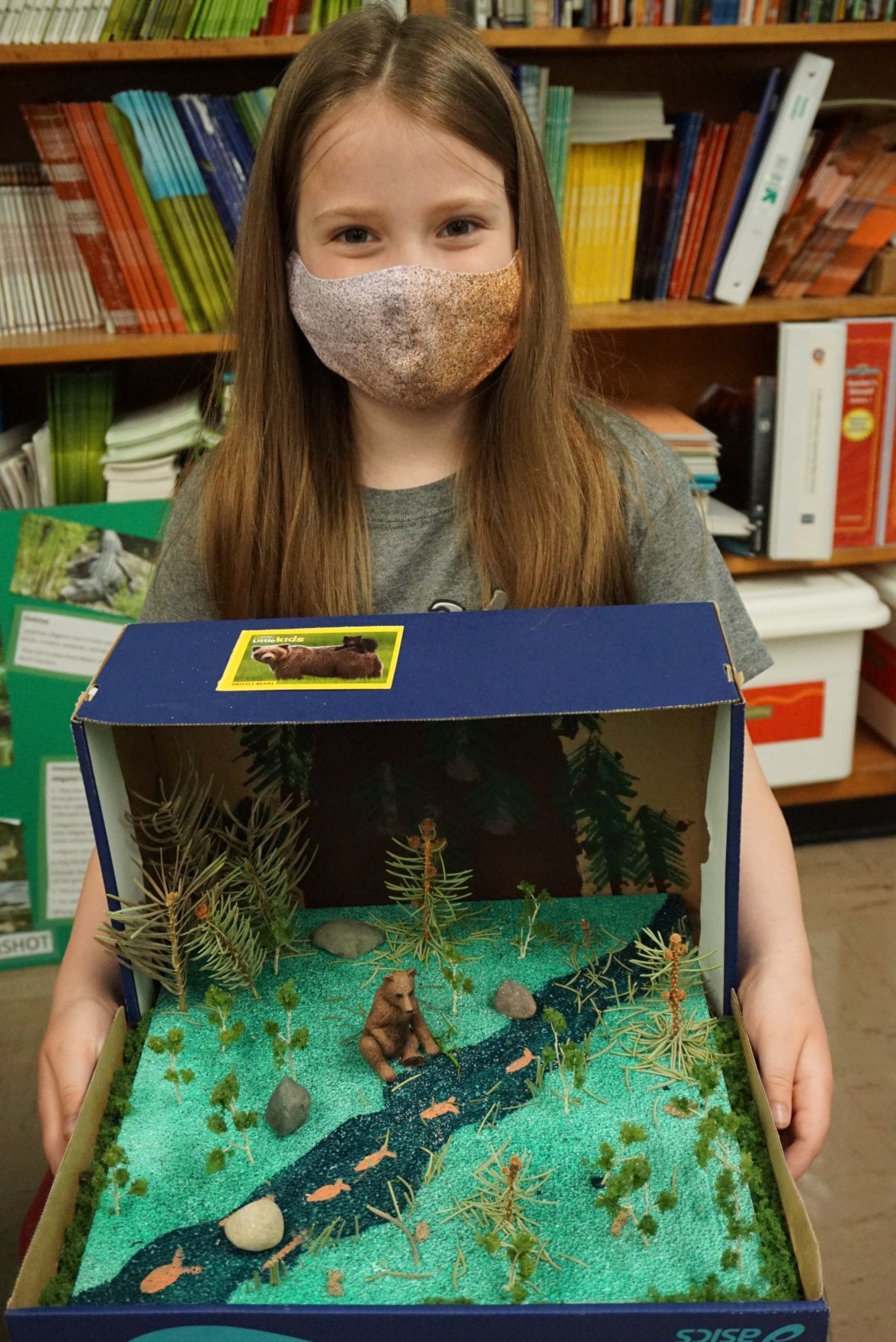 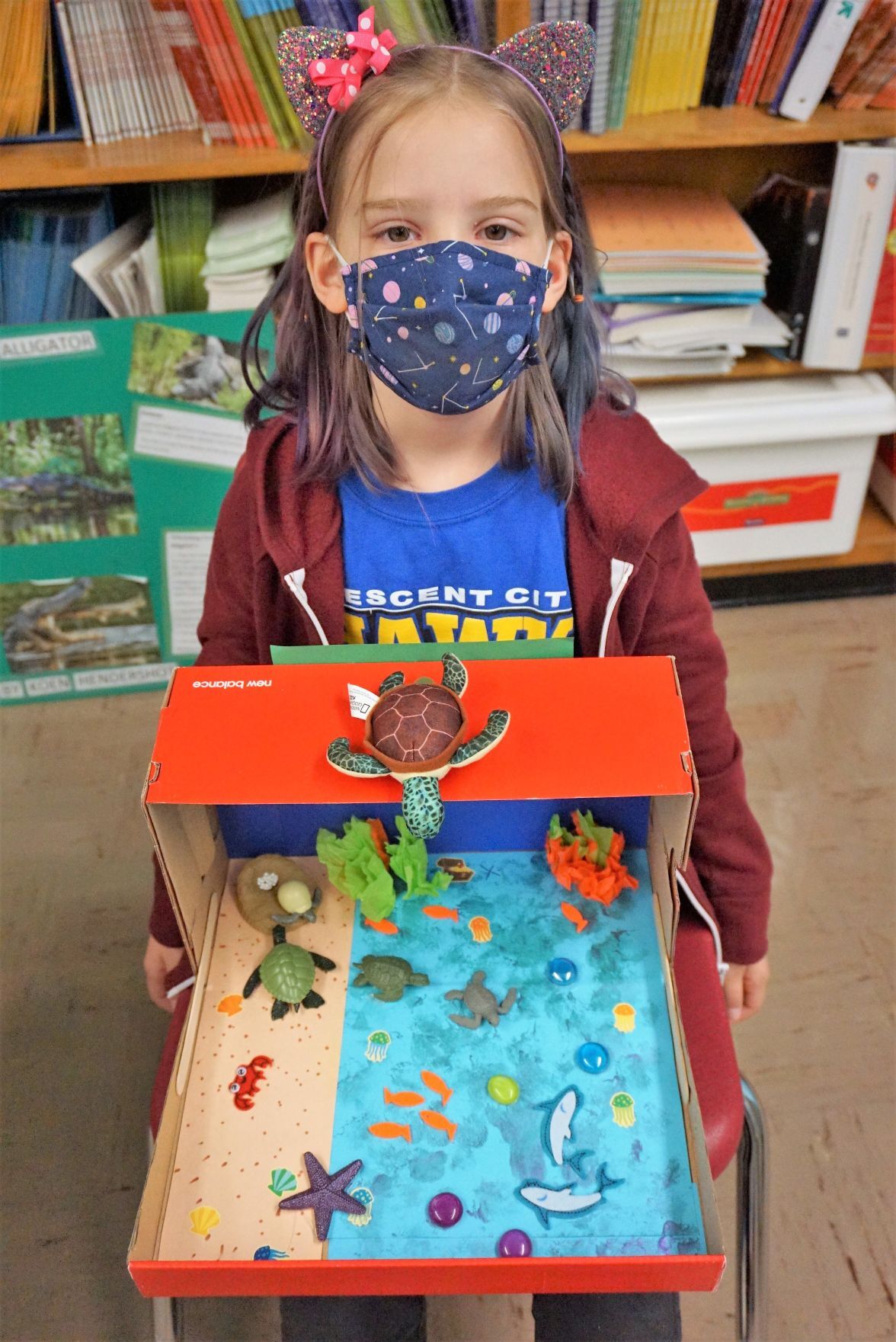 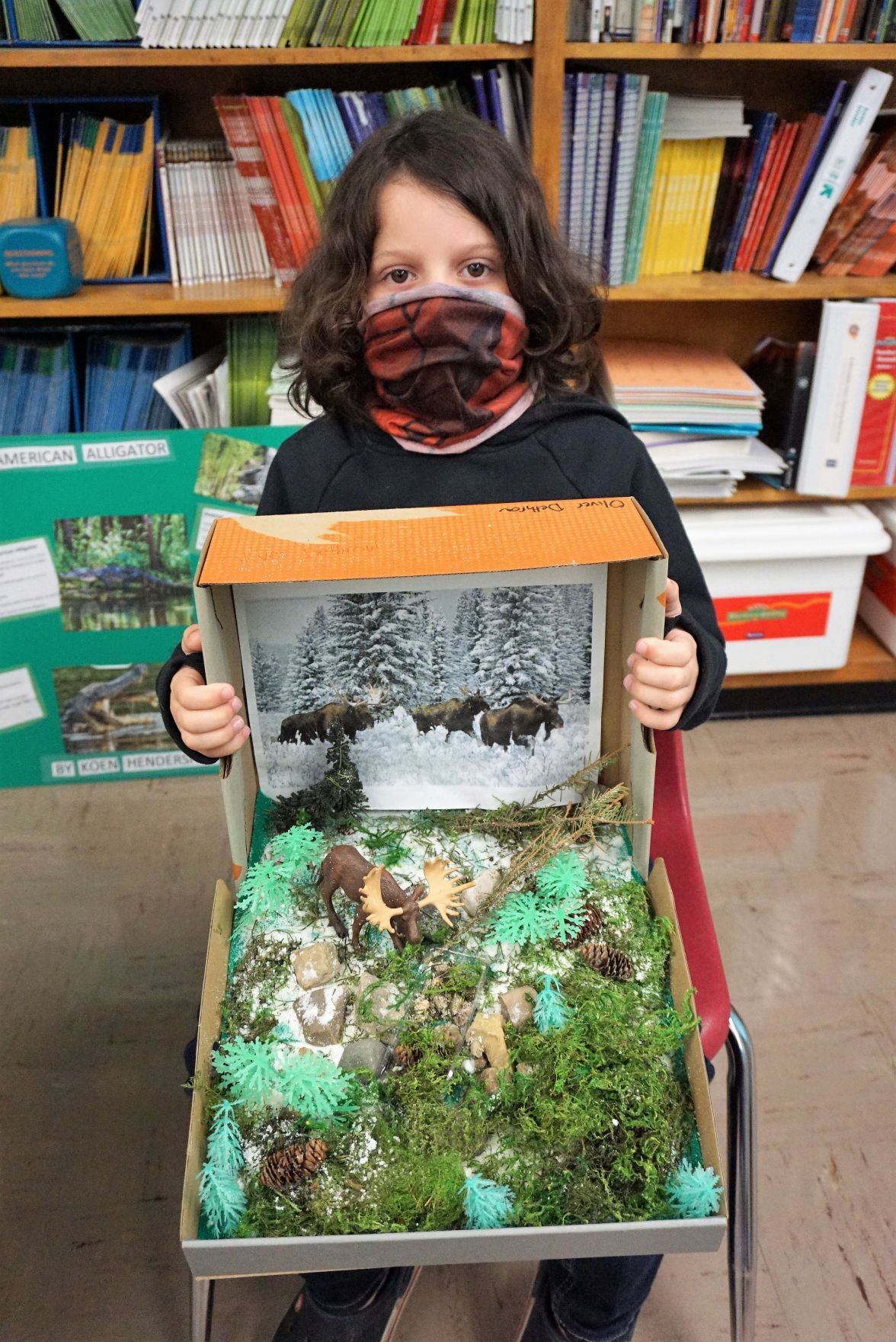 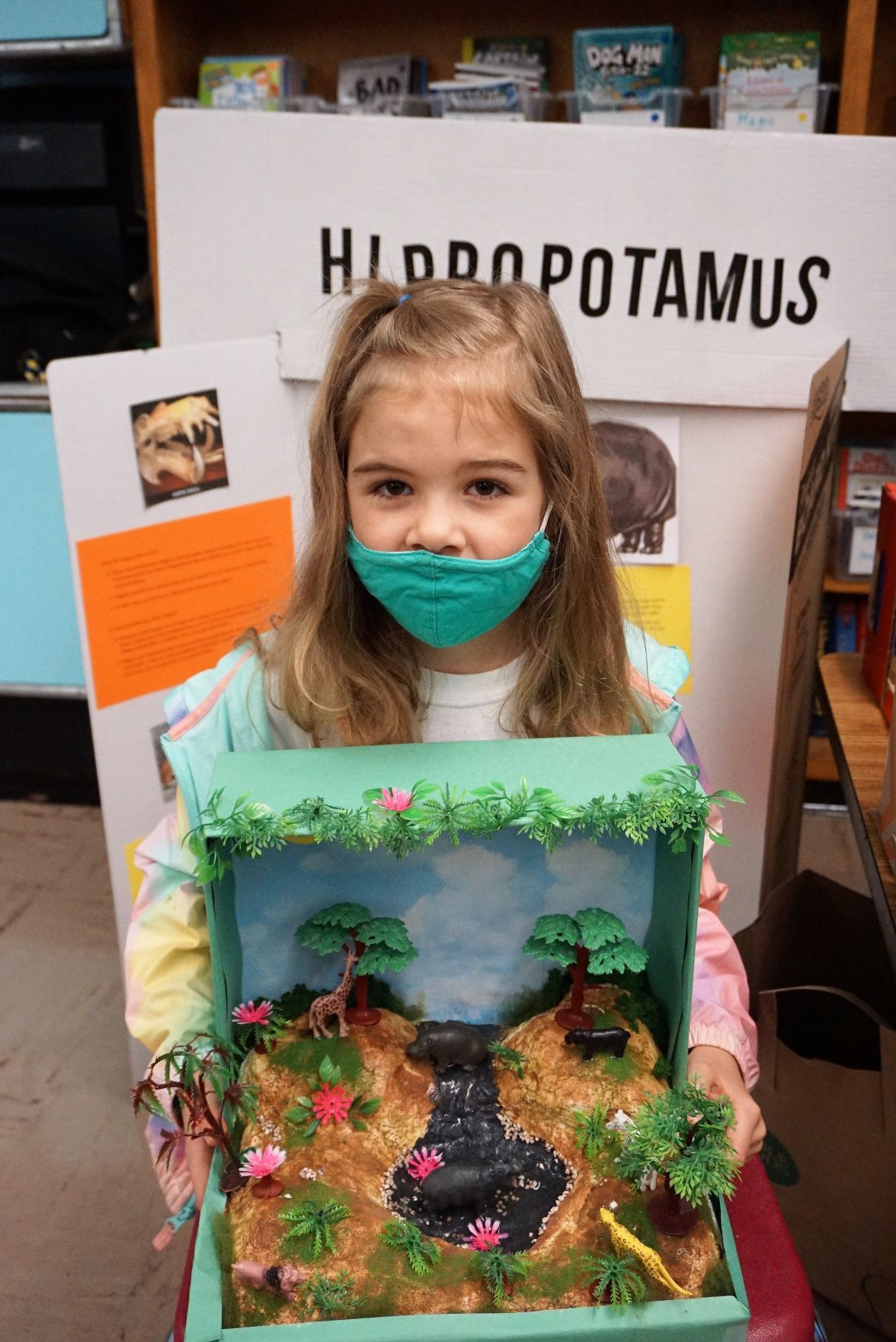 Kristin Marquis’ second grade students at Crescent City Grade School recently completed a unit of study by creating dioramas on selected animals. Each student chose an animal and then had to research it and create a diorama depicting its habitat.

The students are anxious to share some of what they learned about their animals:

The brown bear was Rylie Brown’s research project. The brown bear is a mammal that lives up to 25 years. They hibernate in the winter, can eat up to 90 pounds of food a day, and can smell food from 18 miles away. A group of brown bears is called a sleuth.

Koen Hendershot’s project was the American Alligator. These creatures live in areas from Mexico all the way to coastal North Carolina. Adult males measure 11.2-15.2 feet and can weigh up to 999 pounds; females measure around 8.5-9.8 feet. Alligators eat small animals such as insects, crawfish, small fish and frogs. Alligators have 74-80 teeth at any given time, they live 35-50 years on average, and they grow throughout their entire lifetime.

The sea turtle was researched by Annabeth Rippe. Sea turtles, which have been around millions of years, can lay 150 eggs at a time, which is called a clutch. After laying eggs, the mother returns to the sea and leaves the eggs on their own. Some sea turtles can hold their breath five hours underwater.

Adalynn Ulitzsch researched the sloth. This extremely slow-moving animal is found in the rain forest canopies of Central and South America. They munch on leaves, twigs and buds. Did you know sloths are blind? Two more fun facts: Sloths can starve to death on a full stomach and they are faster in the water than on land.

Quinn Butzow’s project was on the hippopotamus. Hippos are great swimmers and can hold their breath up to five minutes underwater. They create sweat, an oily red liquid, which helps protect their skin from drying out and serves as a sunblock. A male hippo is a bull, a female is called a cow, and a baby is a calf. A group of hippos is known as a herd, pod or bloat.

Brooklynn Rabe’s diorama was on the scorpion. Related to spiders, ticks and lice, they live in the dessert and hide in burrows. They eat small lizards, spiders and insects. There are about 2,000 species, of which 30-40 are poisonous enough to kill a human.

Aven Bristle’s diorama was on the snow owl, which is nocturnal. They have what appear to be fluffy feet as they have feathers on them, which protects them from the snow like boots. They live in the wide open areas to hunt the tundra. Females are brown and males are pure white.

Oliver Dethrow studied the moose, which can be 6-7 feet tall and weigh up to 1,800 pounds. They like snowy areas. They are herbivores and can eat up to 70 pounds a day. Their antlers can be up to 5-feet wide and grow back if broken. Moose cannot sweat and that’s why they like the cold.