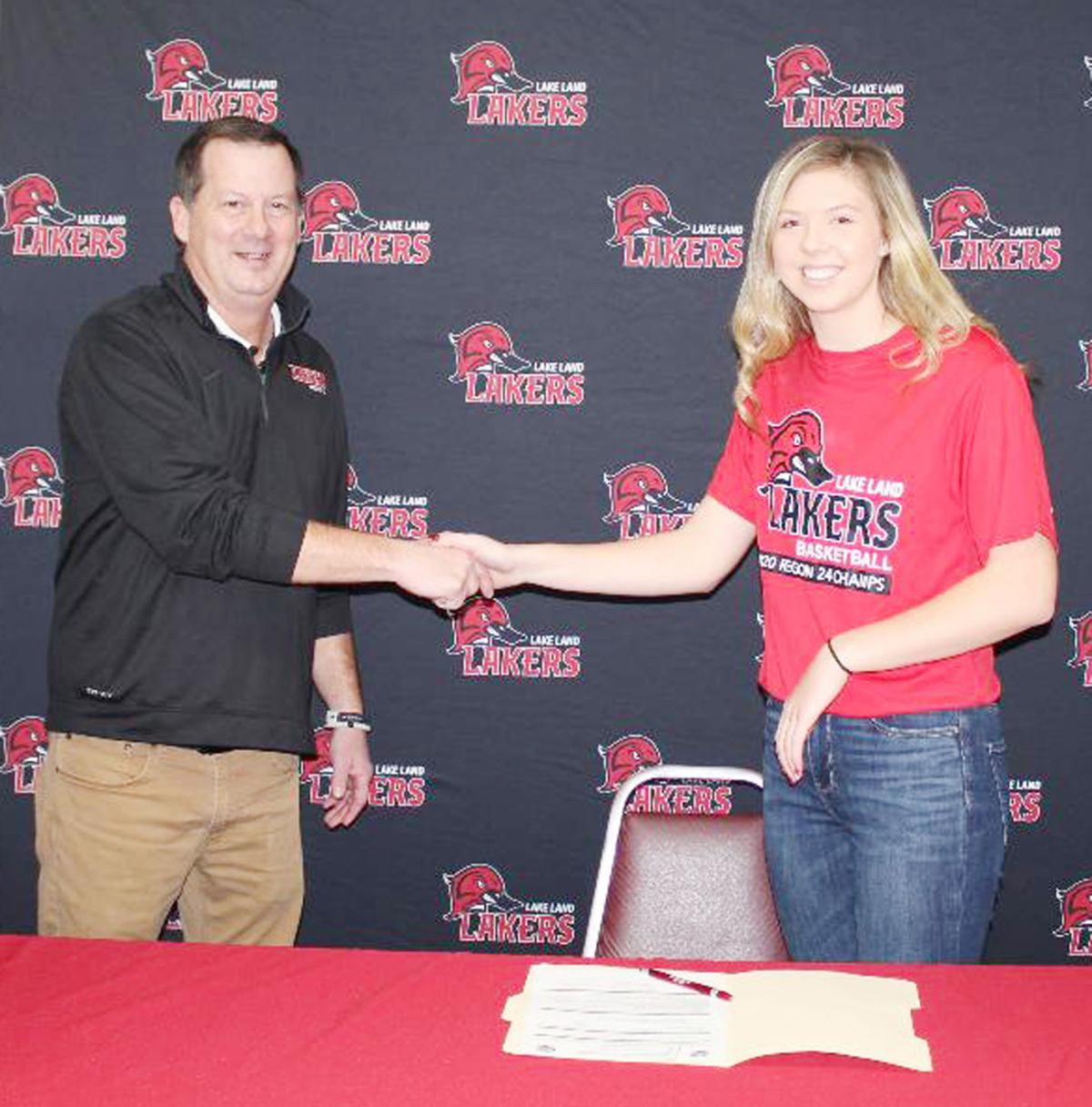 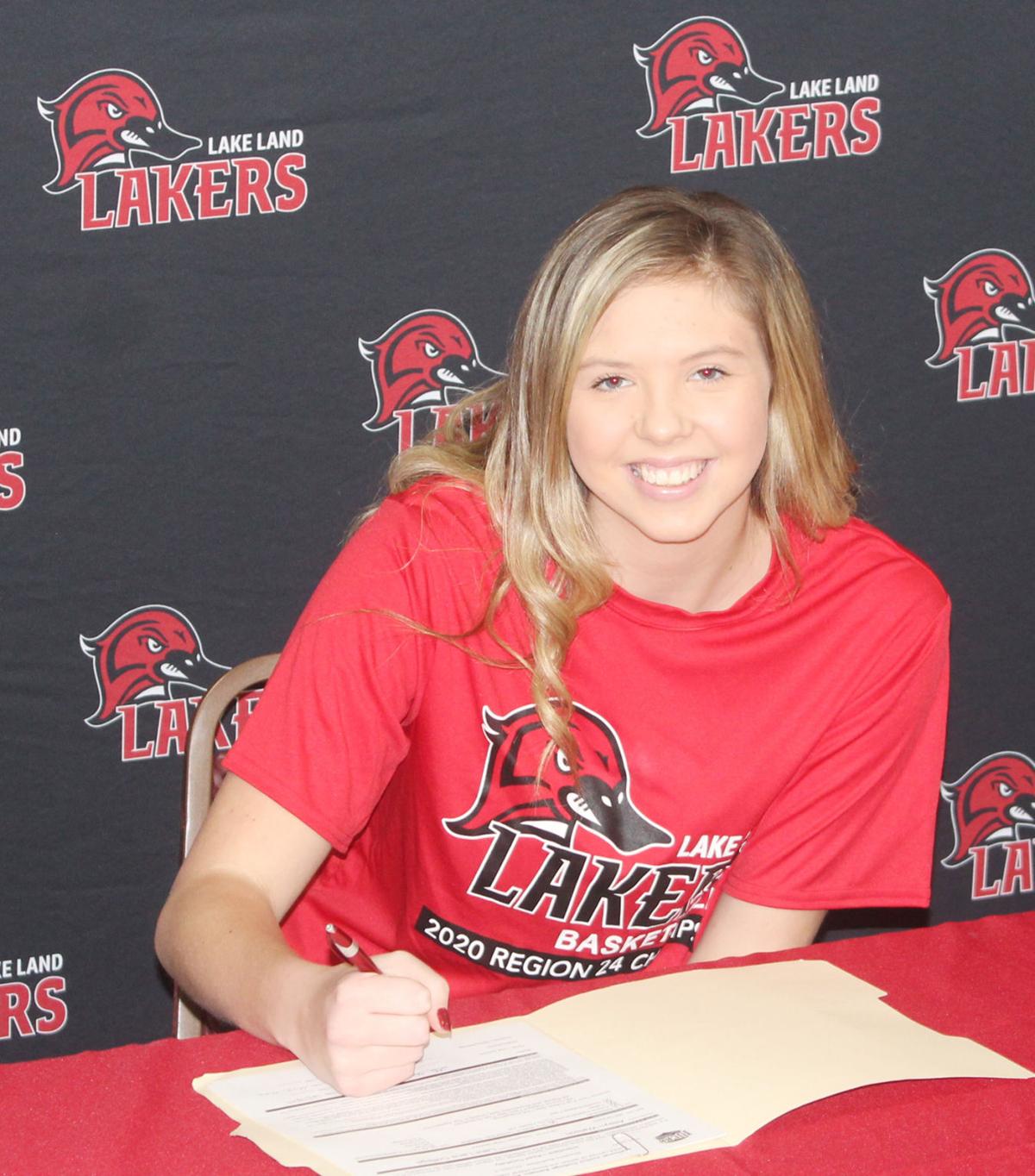 Watson has been playing basketball since she was in sixth grade.

“It’s just been one of my favorite sports,” she said. “I’ve made a lot friends and my family has been supporting me since I was in sixth grade. It gives me motivation to keep going everyday.”

Watson enjoys having the chance to play basketball with her friends and face-off against the competition together.

Watson said she started focusing more on training during the offseason after Aaron Fell took over the head coaching duties for the team last year.

“That was a big thing for me,” she said. “I started going into the gym at like 5 a.m. before practice every day.”

Watson feels that the talent of the team has definitely improved since her freshman year.

Watson said she chose to continue her basketball career at Lake Land because it’s close to home and the coach has been very welcoming.

“He’s been there for a lot of my games and he’s just super nice,” she said.

Watson will be coached by Head Coach David Johnson at Lake Land.

Johnson said he’s looking forward to having Watson on his team.

“We’re very excited to have Ali come to Lake Land next year,” he said.

Johnson said he’s been watching Watson play since last year and he sees her potential.

“She’s got kind of the total package basketball-wise,” he said. “We’re very impressed with that. She’s got really good leadership qualities on the court and she’s a good team player. All of those things are what we’re looking for in a player.”

“Lake Land’s a great school,” he said. “My wife went to Lake Land and played for Coach Johnson.”

“He’s a great coach and it’s a basketball school,” he said.

Fell said Lake Land made the national tournament last year, but their run was cut short as the COVID-19 pandemic shut the tournament down.

Fell said Johnson will be fortunate to have Watson on his team.

“He’s getting a great player in Ali,” he said. “She works her butt off.”

Fell said Watson is a stand-out player and leader on the team.

“Ali excels in basically every area,” he said. “She’s a good defender and a good shooter. When I took over the program last year, she spent countless hours in the gym with me. She’d come in at 6 a.m. and practice would start at 7:30 a.m. She’d be there for an hour and a half putting up shots, working on her ball-handling. She started as a good post player and now she’s just a complete player all the way around.”

“Ali is very vocal. She’s been a captain for three years,” he said. “You couldn’t ask for a better leader.”

Fell said Watson and teammate Lexie Breymeyer will be captains again this year if there is a basketball season.

“Hopefully we get a chance to play because we’re going to have a great team,” he said. “We’re looking at probably the best team Hoopeston’s had in 20 years with Ali and the two other seniors.”

Asked for any memories that stood out in his mind related to Watson, Fell pointed to the first game of regionals last season.

He said Breymeyer was out of action for the game due to an illness and the Lady Cornjerkers were facing a good team in Bishop McNamara.

“Ali had the best game of her career,” he said.

Fell said Watson had over 30 points scored during the game and stepped-up hit game-winning shots.

“She just played incredible,” he said.

Fell encouraged any younger players who want to see success, they should look to Watson’s example.

“If any younger players want to see success, they just need to look at Ali Watson,” he said. “You put in the time, this is where it gets you. She’s going to go on and have a good college career and could possibly even go on to play bigger college ball after playing at Lake Land.”