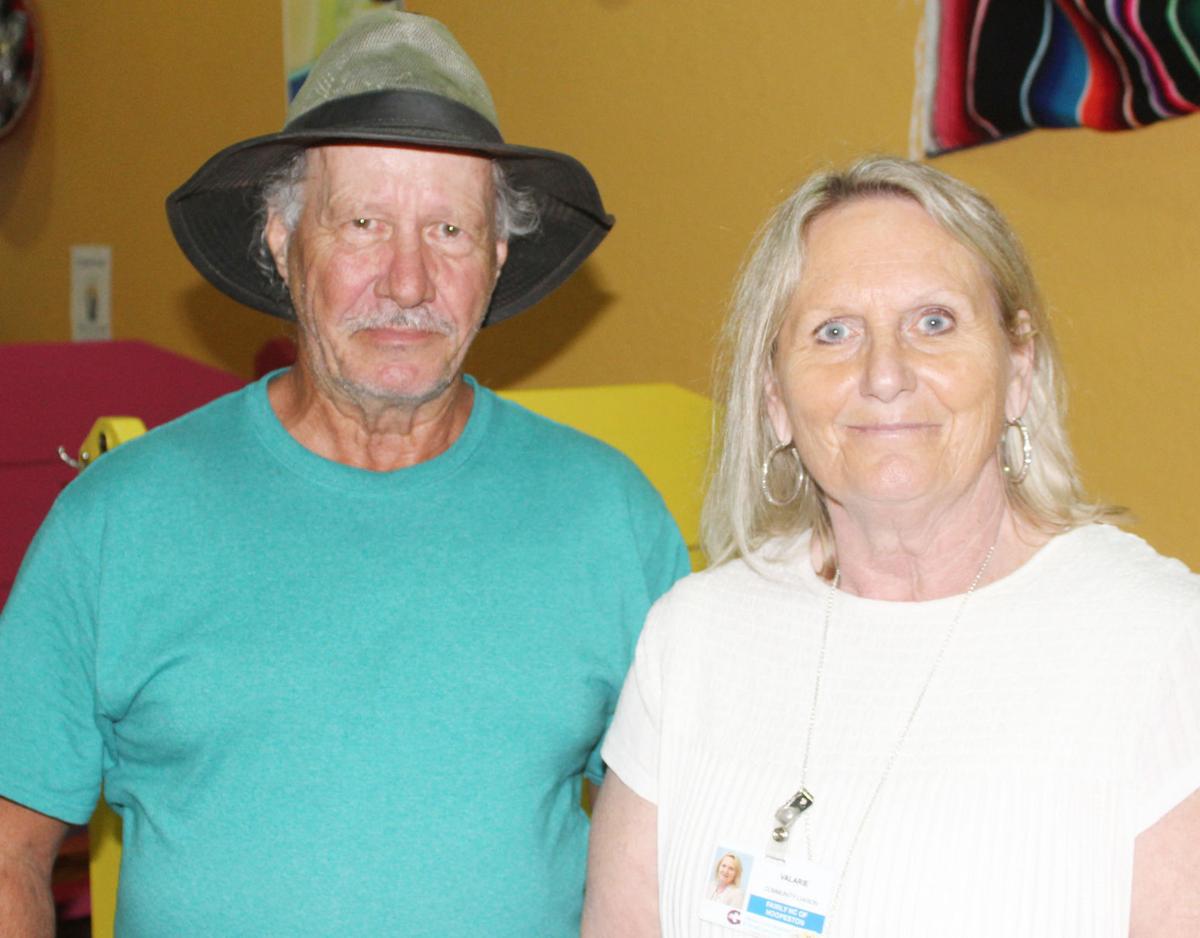 Steve Young, who is currently walking back to Virginia after making a cross-country walk to California raising awareness for the Victory Junction camp in North Carolina, stands with Hoopeston Chamber of Commerce President Valarie Hinkle last week at La Casa Del Sol in Hoopeston. 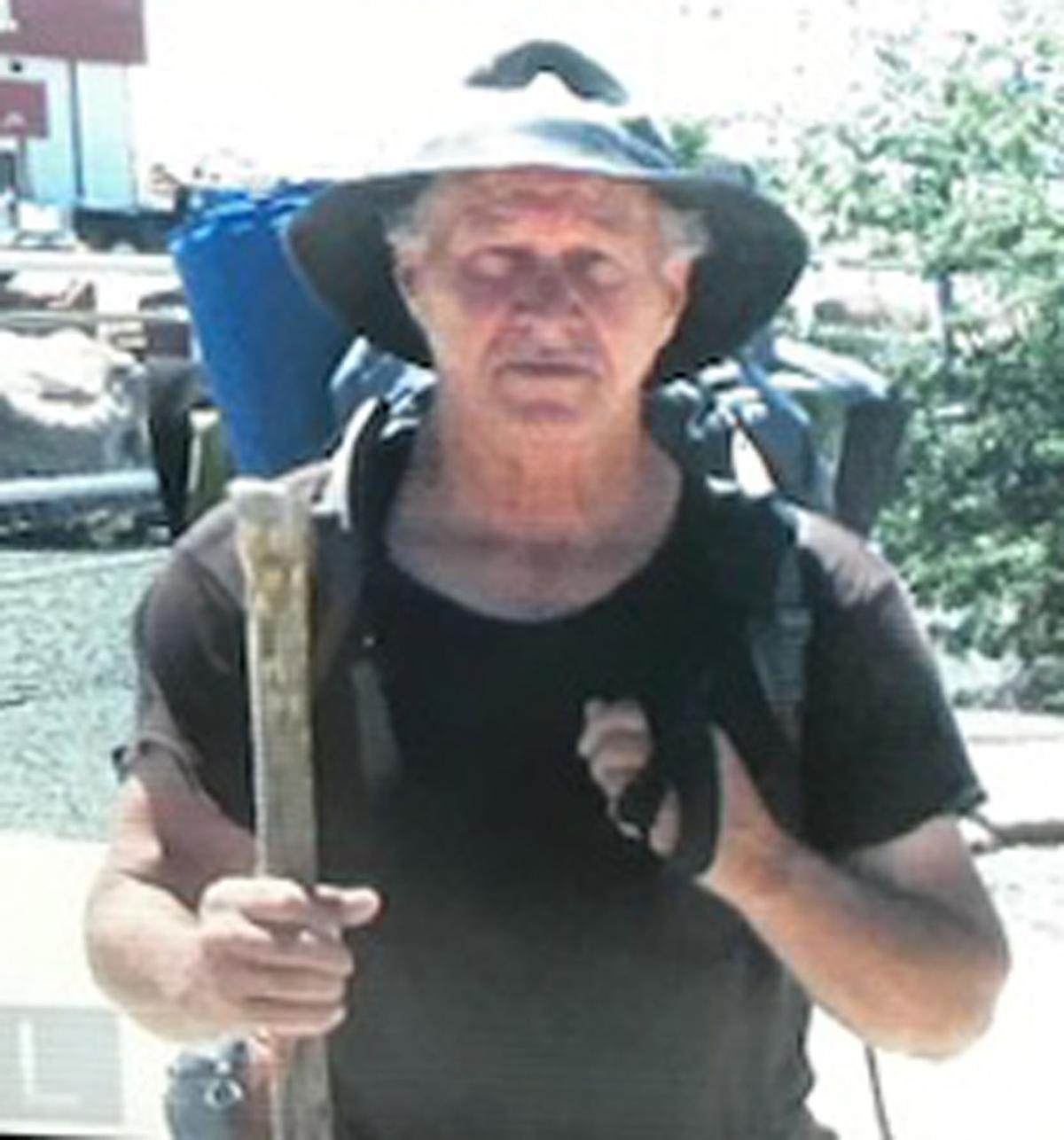 A look at Steve Young in his traveling gear.

Steve Young, who is currently walking back to Virginia after making a cross-country walk to California raising awareness for the Victory Junction camp in North Carolina, stands with Hoopeston Chamber of Commerce President Valarie Hinkle last week at La Casa Del Sol in Hoopeston.

A look at Steve Young in his traveling gear.

Steve Young is on a mission to raise awareness about Victory Junction, a youth camp in Randleman, N.C. aimed at enriching the lives of children with serious illnesses, by walking from coast-to-coast.

Young set out on his journey to reach California from his home in Patrick Springs, Va. last March and is now walking his way back home.

“Slowly but surely,” he said.

Young recently passed through the area as he was walking along Route 9 and stopped to raise awareness about Victory Junction.

Young credits his faith for inspiring him to make this journey and giving him the strength to take it on.

“The Lord inspired me to walk out my door,” he said. “We’re all given gifts and, at 64 years old, I was given the gift of good health. The Lord gave me the health to do this.”

Young became aware of Victory Junction through his love of NASCAR.

Victory Junction was created by the family of Adam Petty, a fourth generation NASCAR driver, who died in a tragic accident. Adam was a passionate about helping children and made numerous visits to pediatric hospitals during his life to work with the kids there. After his death, his family and friends created Victory Junction as a camp for to serve children with serious medical conditions. Victory Junction opened in 2004.

Young said Adam Petty made it a point to visit kids in the hospital starting when he was 10 or 11.

“That was always in his heart, to go and be around children and brighten up their life,” he said.

Young said Petty and his family heard about a camp for children with serious illnesses in central Florida that Paul Newman had set up called the SeriousFun Camp. There are two SeriousFun Camps, which were founded by Newman in 1987: the Hole in the Wall Gang and Boggy Creek.

He said Petty told his family he wanted to set up a similar camp in North Carolina, but he was killed in a practice accident in 2000.

He said the camp organizers group children with similar illnesses together so they can relate to one another. Children stay at the camp for two weeks at a time.

Young said he had done some short walks for the camp before, but this cross country walk is the longest he’s taken on. He said the last walk he did was five years ago.

“I’m just one man trying to do something for these kids,” he said.

Young became aware of the Petty family’s work on creating the camp through his love of NASCAR.

“I’ve been around racing since I was five years old,” he said. “We all grew up Petty fans. I kind of knew all about it and kept track of it.”

Young was also inspired to help the camp because of a childhood friend who who had severe birth defects.

He said his experiences as her friend always stuck in the back of his mind and encouraged him to try and speak to children with illnesses that confine them to wheelchairs on their level.

“I’m the guy who’s on his hands and knees when you see a child in a wheelchair spending time with them on their level instead of towering over them and talking to them,” he said.

Young doesn’t fundraise directly for the camp; instead he focuses on raising awareness about the camp through fliers and speaking with people he meets along the way as well as news media outlets in the towns he passes through.

Young said the first thing he does when he passes through a community is to reach out to the police department or local government to find out where he can set up a tent to raise awareness about the camp.

Speaking during a stop in Hoopeston, Young said the local residents and Chamber of Commerce had treated him very nicely.

“I appreciate that,” he said.

Young said he’s encountered some wonderful people during his journey across the country.

“They’ve done some wonderful things for me without asking,” he said.

To learn more about the Victory Junction camp, visit victoryjunction.org.