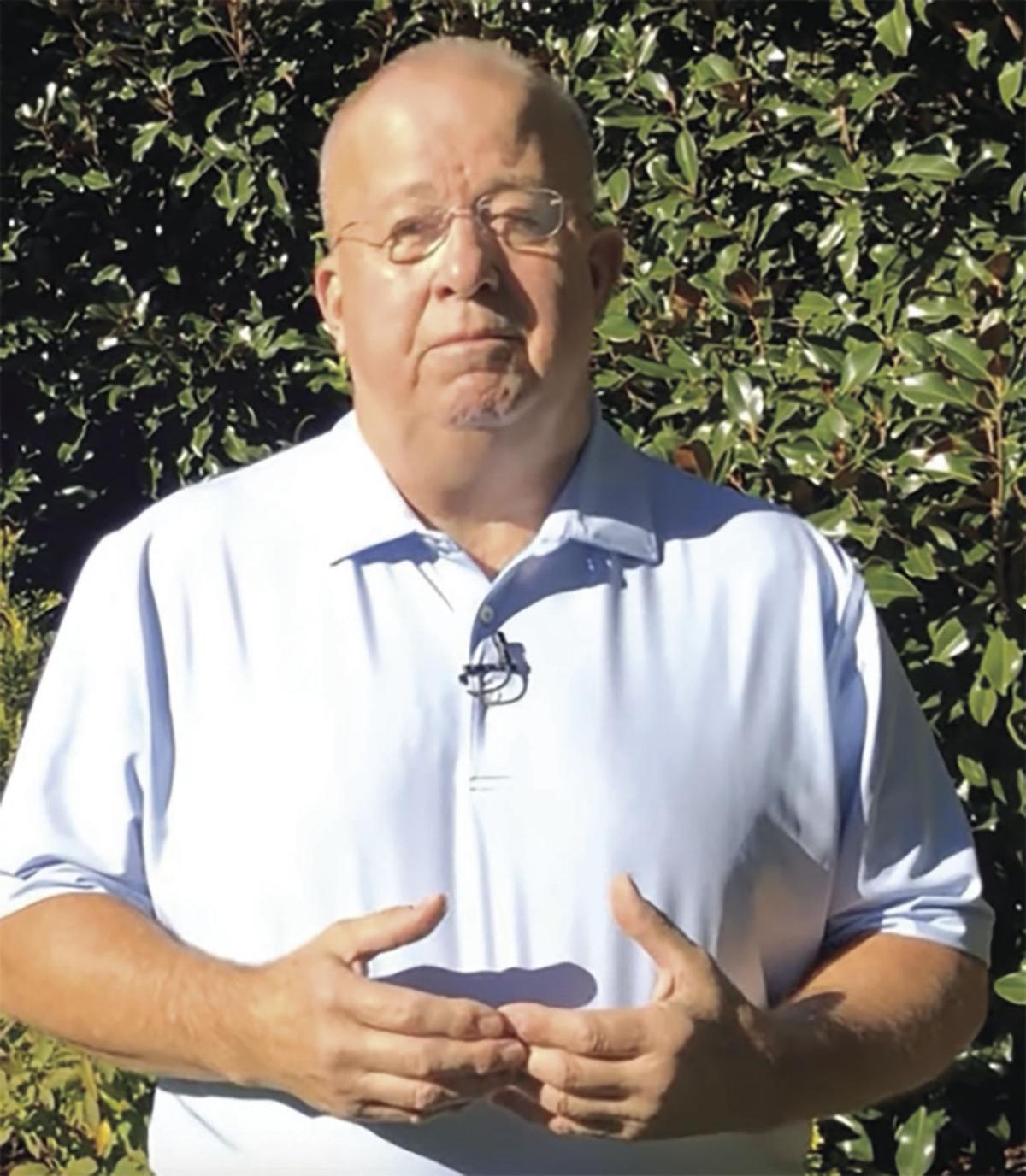 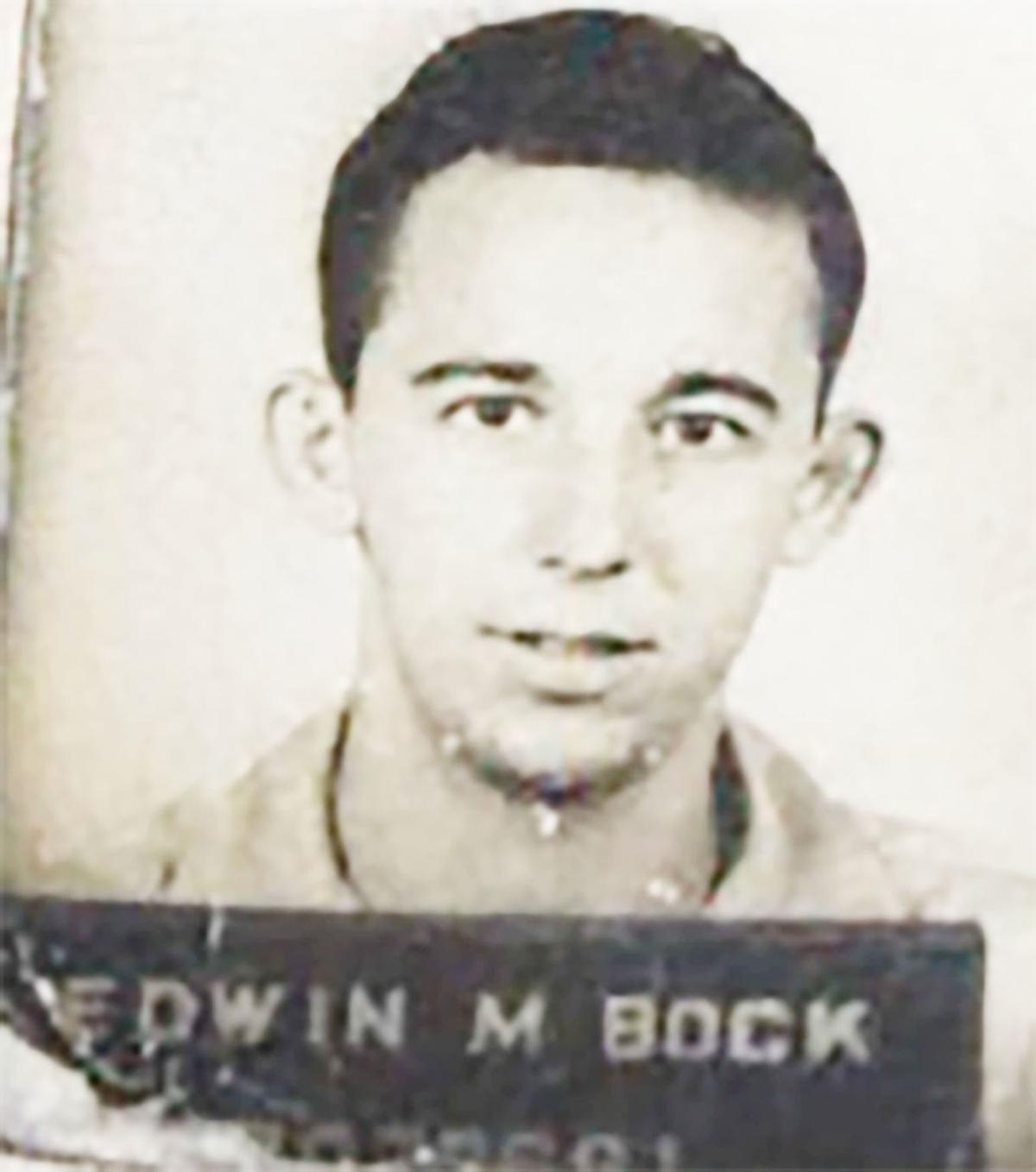 A photo of Edwin Bock. 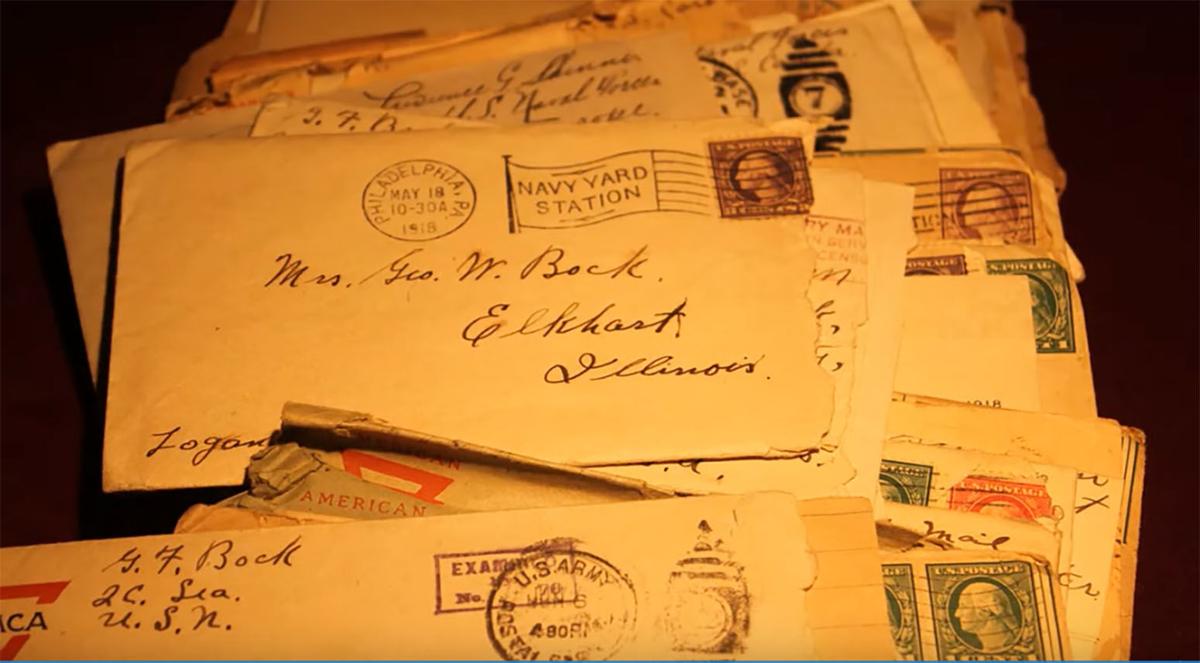 Some of the letters Gerald Bock wrote home while serving in the U.S. Navy during World War I.

A photo of Edwin Bock.

Some of the letters Gerald Bock wrote home while serving in the U.S. Navy during World War I.

While the COVID-19 pandemic has prevented Hoopeston Area High School from hosting its traditional in-person Veterans Day celebration last year and this year, the school has created a video to celebrate Veterans Day each year.

This year’s video featured a keynote speaker, a performance by the Hoopeston Area High School Chorus, tributes to local veterans and video footage from the last in-person Veterans Day ceremony the school held.

Bock, a retired U.S. Air Force colonel, spoke about his and his family’s military service as well as the importance of Veterans Day.

“My grandfather, my father and myself,” he said. “Because each one of us served in the U.S. military: Navy, Army and the Air Force, over three different generations.”

Bock’s grandfather, Gerald Frank Bock, joined the U.S. Navy in 1918 at the beginning of America’s entry into World War I.

Bock said it was a massive change for his grandfather.

“It was a different life for him and something no farm boy from Illinois could have imagined, putting depth charges into the waters of the cold North Atlantic while they were sailing between the United States and Europe.”

Bock spoke of the hundreds of letters his grandfather wrote home during his time in the service.

“My grandfather wrote literally hundreds of letters home, there was no email, no texting,” he said. “My great-grandmother kept each one of his letters that we share today because it shows how he felt serving in the Navy at a time when people just didn’t go far from home. It showed that by all the various pictures he sent back at the end of the war.”

After the Armistice of Nov. 11, 1918 was signed, Bock’s grandfather was honorably discharged from the Navy in March 1919.

Bock said he was very proud of his grandfather’s service in the Navy.

Thirty years after his grandfather served in World War I, Bock’s father, Edwin M. Bock, enlisted in the U.S. Army.

Just like Bock’s grandfather, Bock’s father had not spent much time away from his home in LeRoy, Ill. before he enlisted in the Army.

Also like his grandfather, Bock’s father wrote extensively during his time in the service.

“Once again, he wrote, like my grandfather did, literally hundreds of letters back home,” Bock said. “We have those today and we can go and see how my father made his way from Missouri all the way through to Philadelphia back to the west coast then to the South Pacific where he also wrote lots of letters home talking about the people he served with, talking about the kind of food they were eating, how much he missed the people back home but how proud he was to be serving with the many men that he served with.”

Bock’s grandfather was deployed to the Philippines with the Army Signal Corps and he was a combat photographer.

“He would go into battle with a pistol on his hip and a camera as he used to say,” Bock said. “It was always interesting, he didn’t talk much about it, but it was something I know he was very proud of.”

Bock said one of his father’s most notable experiences was being part of the Battle of Wadke Island.

“He was part of the waves that went on shore at Wadke Island, which was one of the islands they needed secure away from the enemy,” he said. “It was an amazing time and a very harrowing time for him. He left a diary about it that we read today. Part of that was he was wounded. He was awarded a Purple Heart and he found himself discharged back to civilian life in December of 1945. He was proud of have served in the Army, but also proud of being able to go back to his home town.”

Thirty years after his father’s service, Bock himself joined the Air Force through four years at the U.S. Air Force Academy. He graduated in 1975.

“My first airplane flight was, in fact, to fly to the academy,” he said. “And I found myself absolutely thrilled to have gone to pilot training and become a pilot in the Air Force. And that’s something I pursued for 28 years, serving all over the world flying in various airplanes. Very proud to have worn a flight suit with a U.S. Air Force flag on my shoulder. It was a wonderful career and I’ve got many, many, many wonderful memories from that mainly because of the people I served with and the missions that I was a part of. They were all important and just something that I treasure today.”

After his 28 year career, Bock retired as a colonel.

Looking back across the generations, Bock expressed the pride that he, his father and grandfather felt for serving their country in the military.

“We were all three absolutely proud to serve,” he said. “What I think I’d like to leave you with are three things that are important to remember on Veterans Day: people, pride and patriotism.”

Bock said he, his father and grandfather served at different times, but always remembered the people they served with.

“The people who were far away from home, did things that were dangerous, all taking care of each other, but also learning about each other,” he said. “The people part of Veterans Day means something to each one of us who have served.”

Pride also plays a major part in the lives of veterans.

“There’s nothing that will get your heart in your throat more than when you see the U.S. flag flown, not in front of your school or your post office, but when you see it flown overseas, see it flown as my grandfather did on the U.S.S. Winslow, as my dad did when they were in Corregidor in the Philippines or when they were in New Guinea, and as I used to see when we traveled all over the world, lived all over the world, seeing the U.S. flag being flown in front of our embassies, on the tails of the airplane that we flew. All showing the pride that we have in being a part of the U.S. military.”

Bock said patriotism can sometimes be a word that’s difficult for people to talk about.

“The last part is patriotism, which is a word sometimes that’s difficult for people to talk about,” he said. “It talks about loving your country, being focused on the great things your country provides. All of us, my grandfather, my father and I, took an oath of office to support and defend the constitution of the United States against all enemies foreign and domestic. That’s a patriotic act. Being able to think great things about your country, which has done great things in the world, is absolutely important.”

Bock said trait that he, his father and grandfather shared with viewers is that they were from small towns.

“We were all from small towns,” he said. “My grandfather from Elkhart, myself and my dad from LeRoy. All those things, in terms of people, pride and patriotism, are available where you live and where I grew up and where they grew up. So today, on Veterans Day, I think it’s important to understand that veterans loved serving, they loved the people that they served with, they did it pride and they did it for patriotism. So when you say thanks it means a lot and I know in your community, around Hoopeston, there are literally thousands of veterans who we owe a debt of gratitude for their service. Thank you for remembering them.”

To view the Veterans Day video, visit https://www.hoopeston.k12.il.us/ and click the video link on the front page.