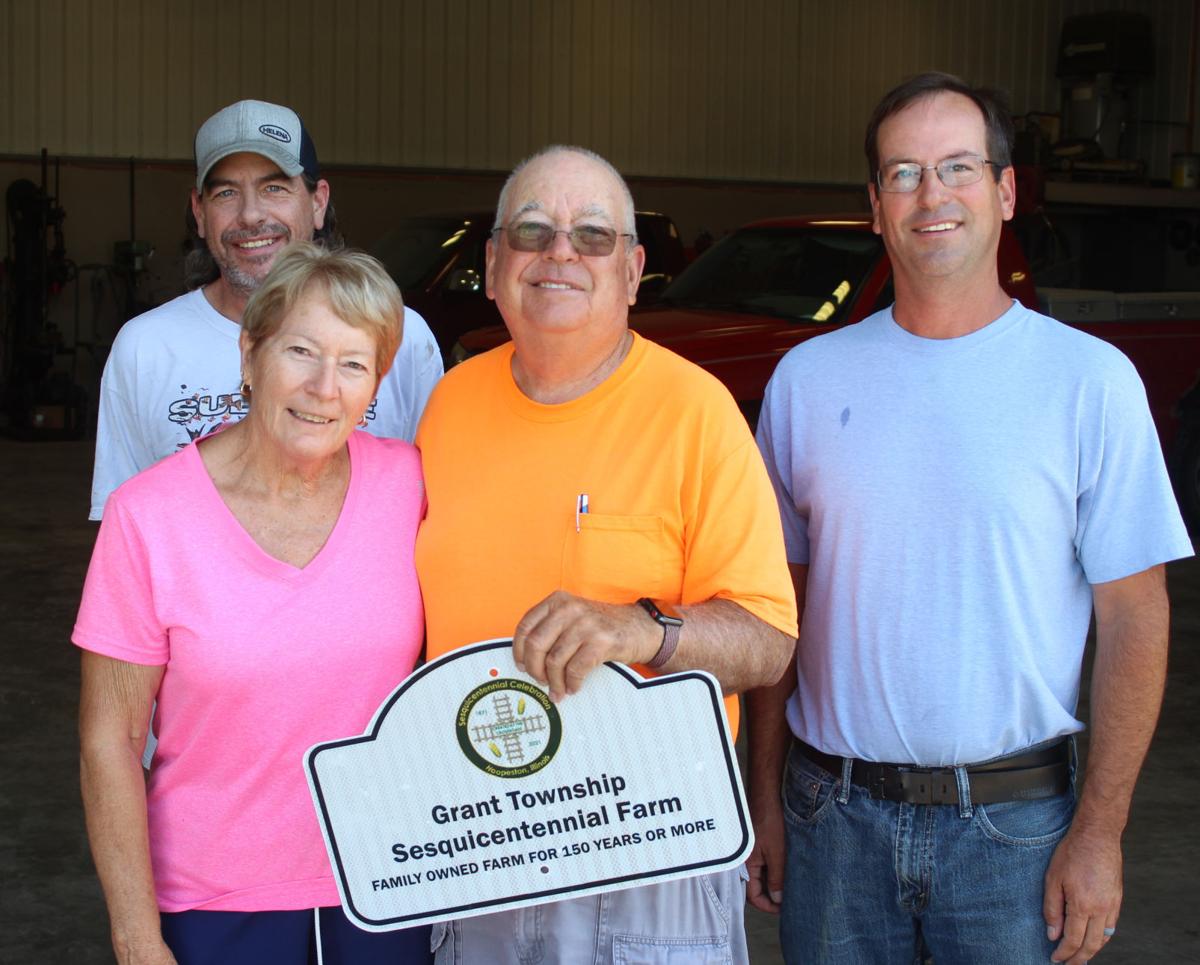 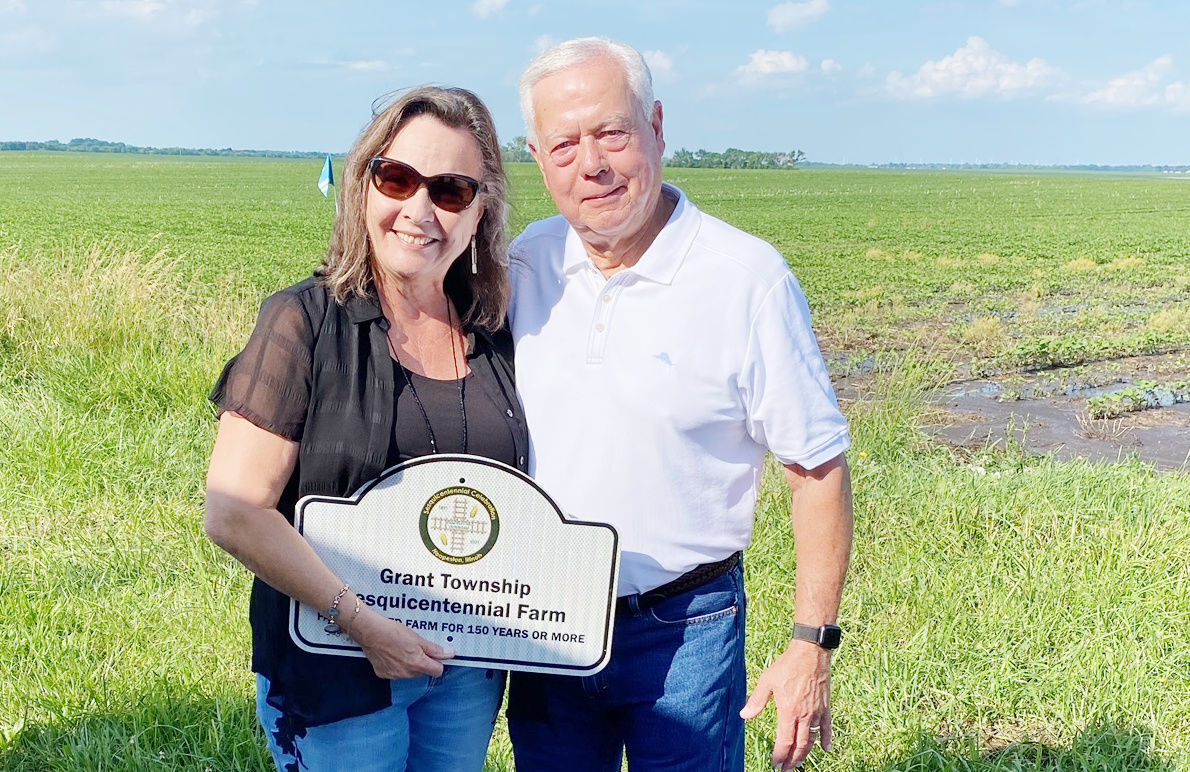 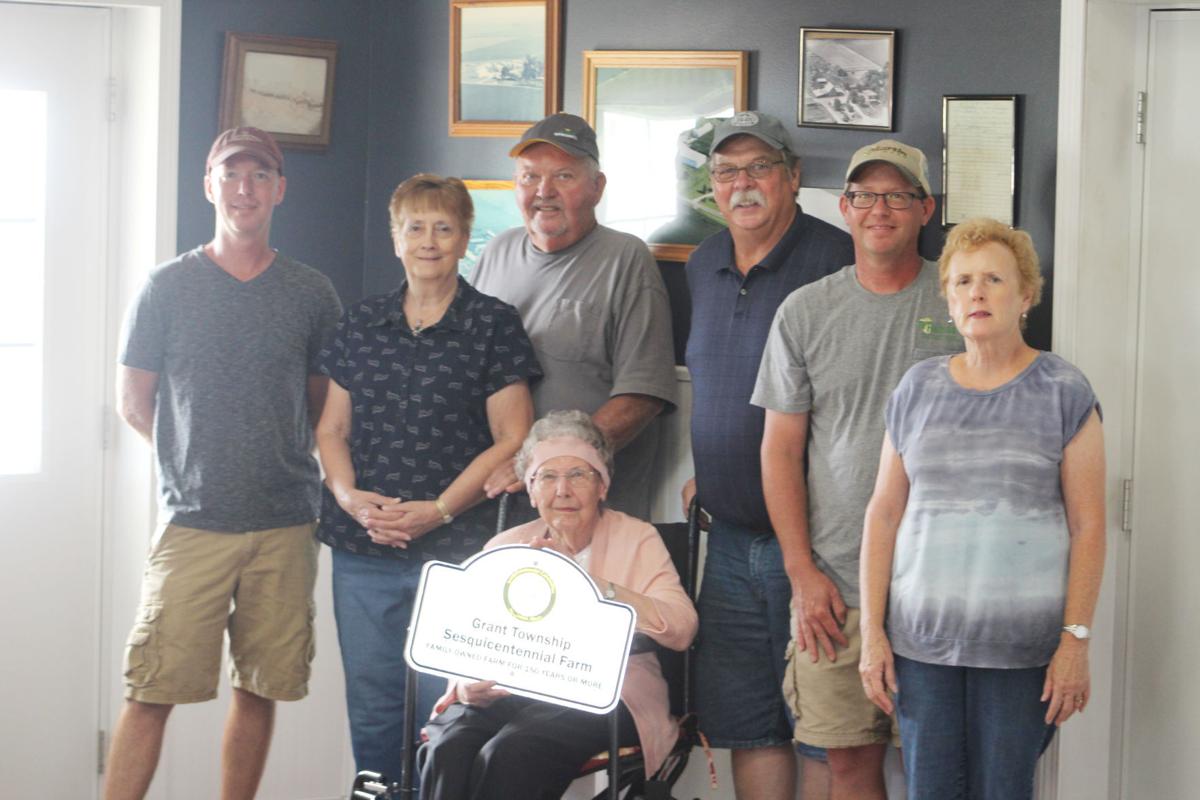 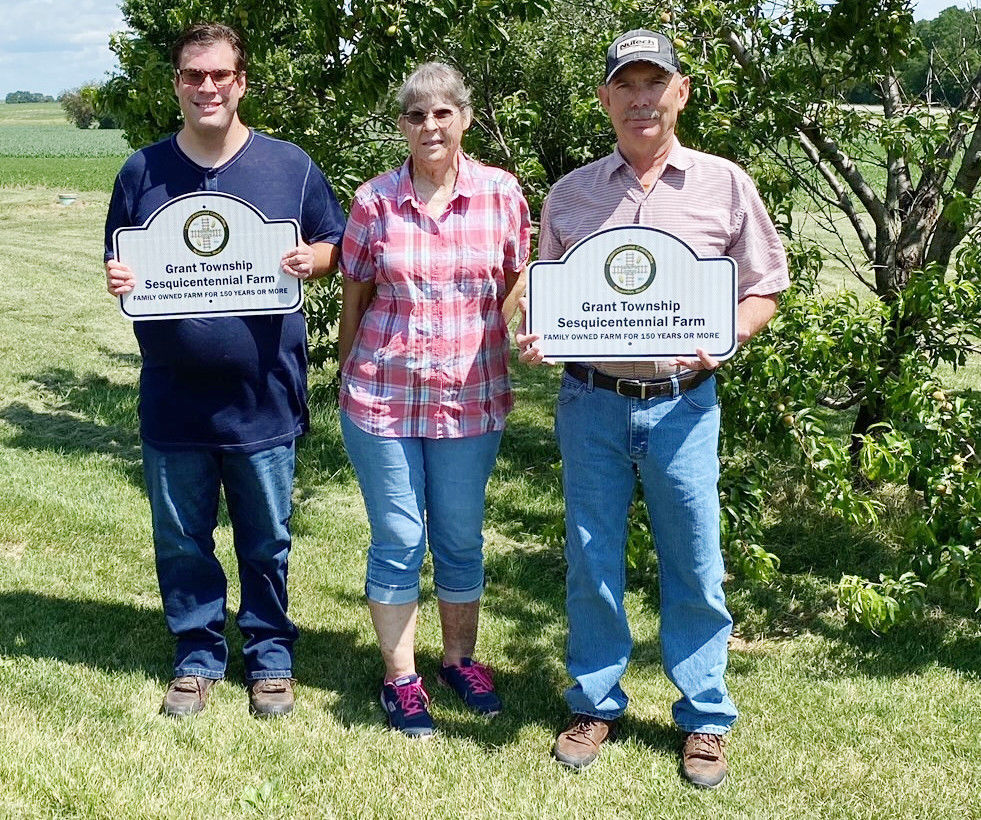 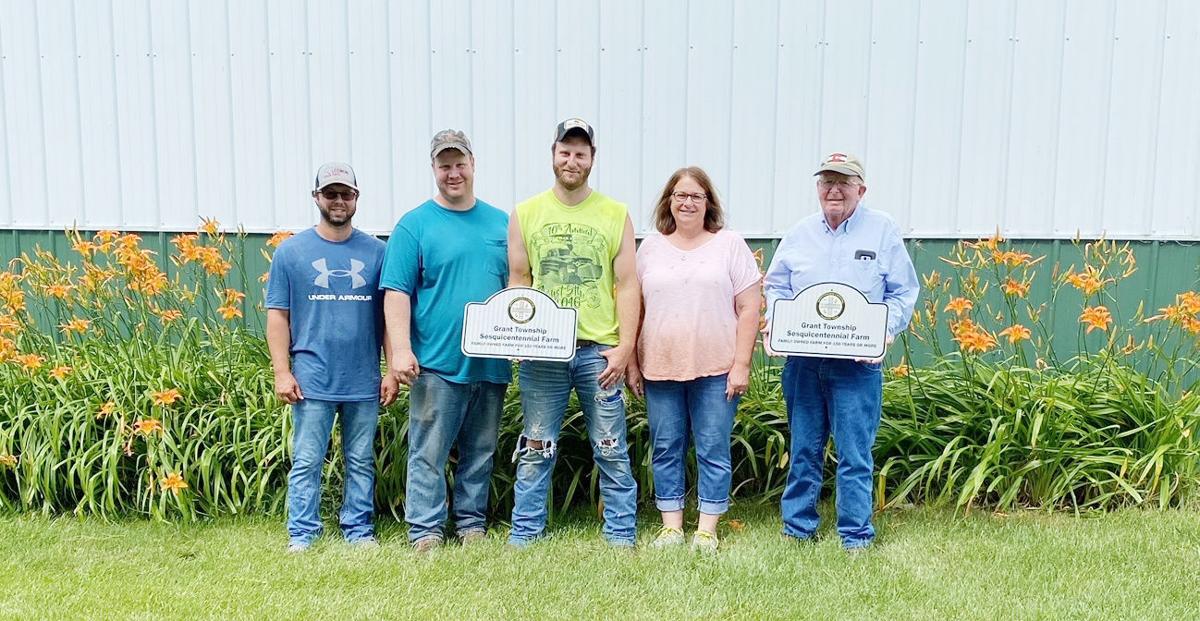 Members of the Leemon Family hold up their family farm’s sesquicentennial farm Monday. 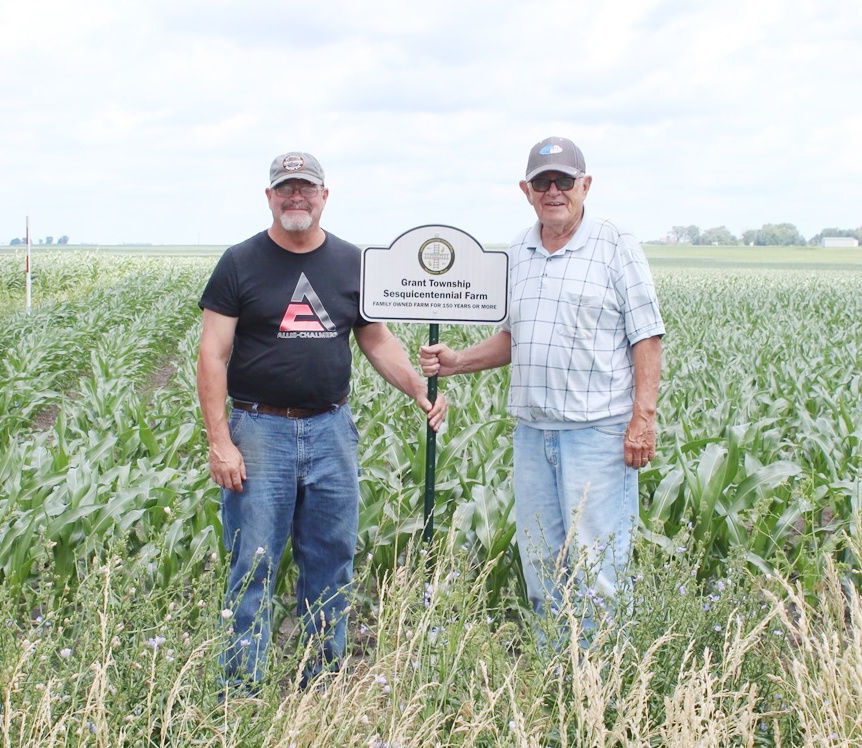 Members of the Leemon Family hold up their family farm’s sesquicentennial farm Monday.

Farms with a long history around the Hoopeston area were honored Monday.

Sesquicentennial celebration organizers presented a tour of farms around the area with 150 or more years of history Monday.

Utilizing the Hoopeston Multi-Agency bus, organizers took residents from Autumn Fields on a tour of the farms.

During this tour, organizer Eric Layden presented each of the farm owners with a sign recognizing the history of the farms.

Layden put together the information on each of the farms.

He said 16 farms in Grant Township were honored for being at least one hundred years old and still owned by the same family.

“On June 28, 2021, during Hoopeston’s Sesquicentennial celebration, we honored eleven farm owners that still own at least a piece of the original family farm. These families were given a commemorative Grant Township Sesquicentennial Farm sign.”