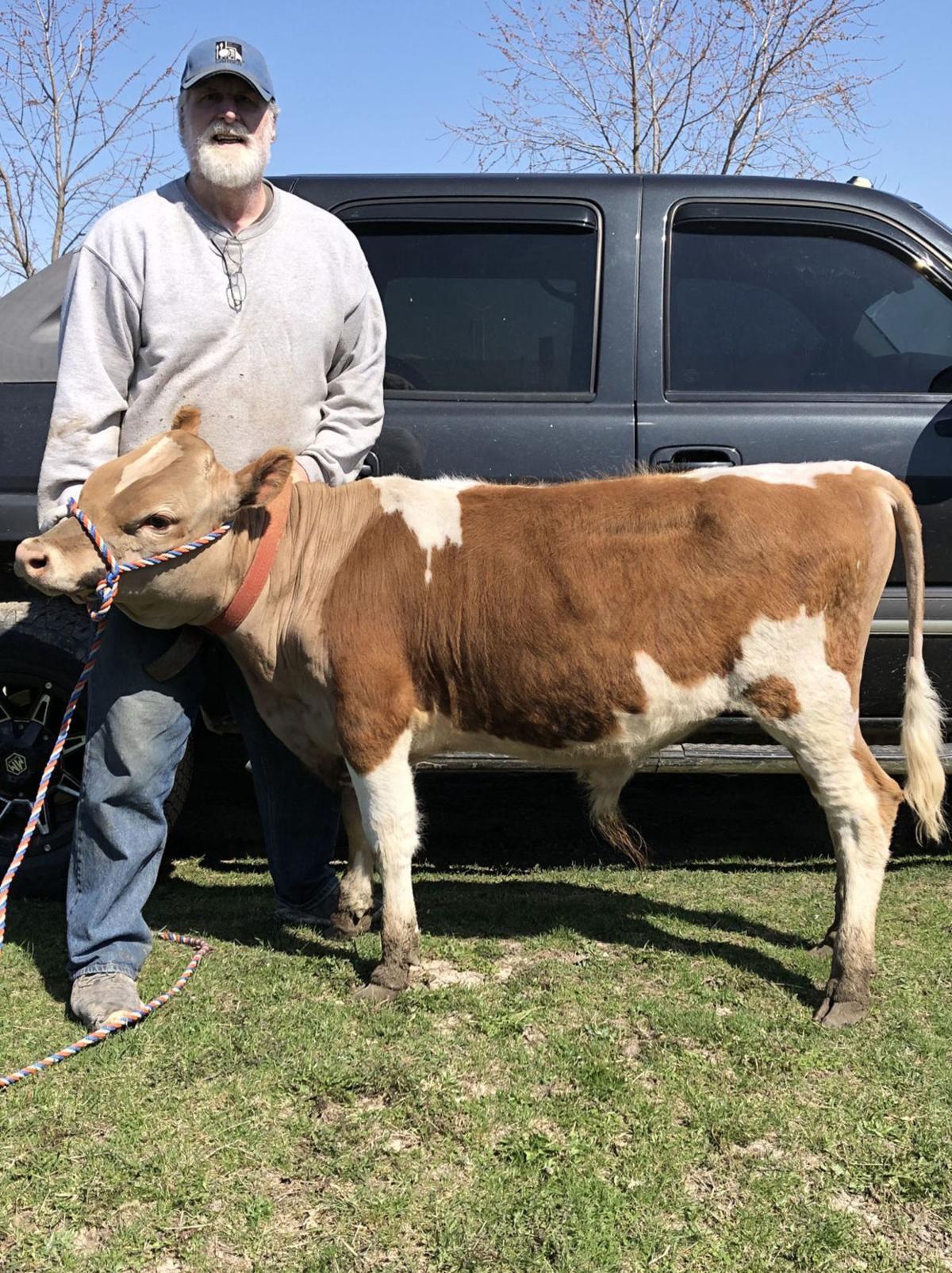 Kevin Heiser with one of his mini Jerseys 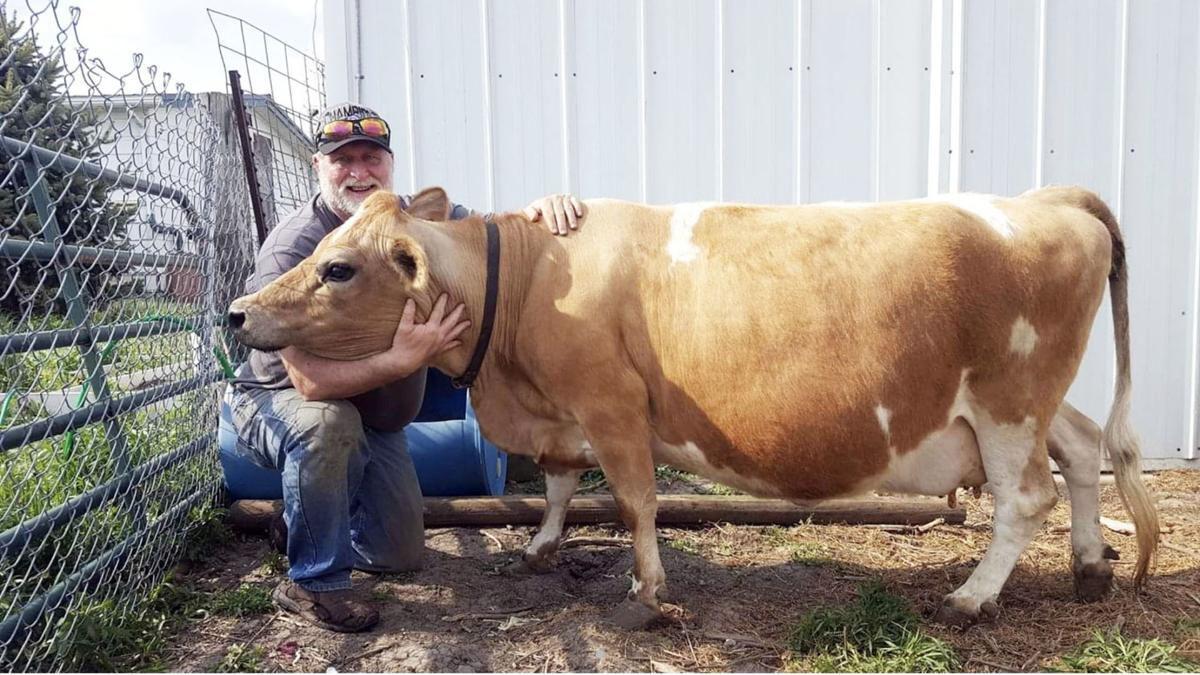 Some of the mini Jerseys in the Heiser herd. 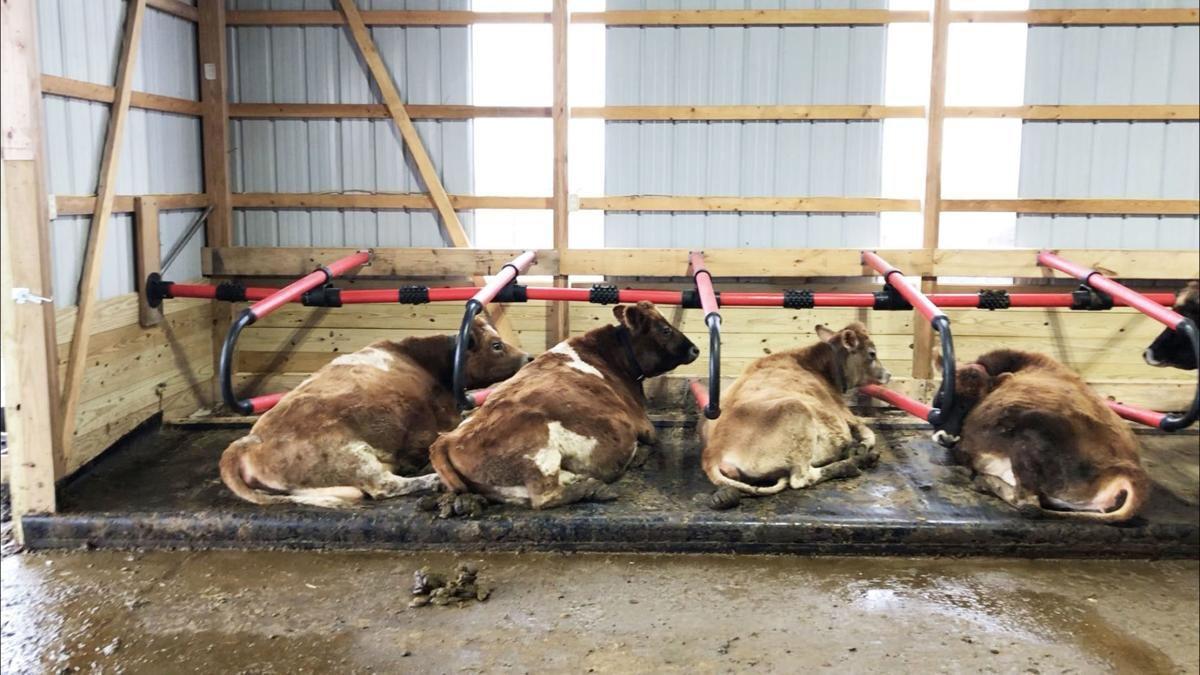 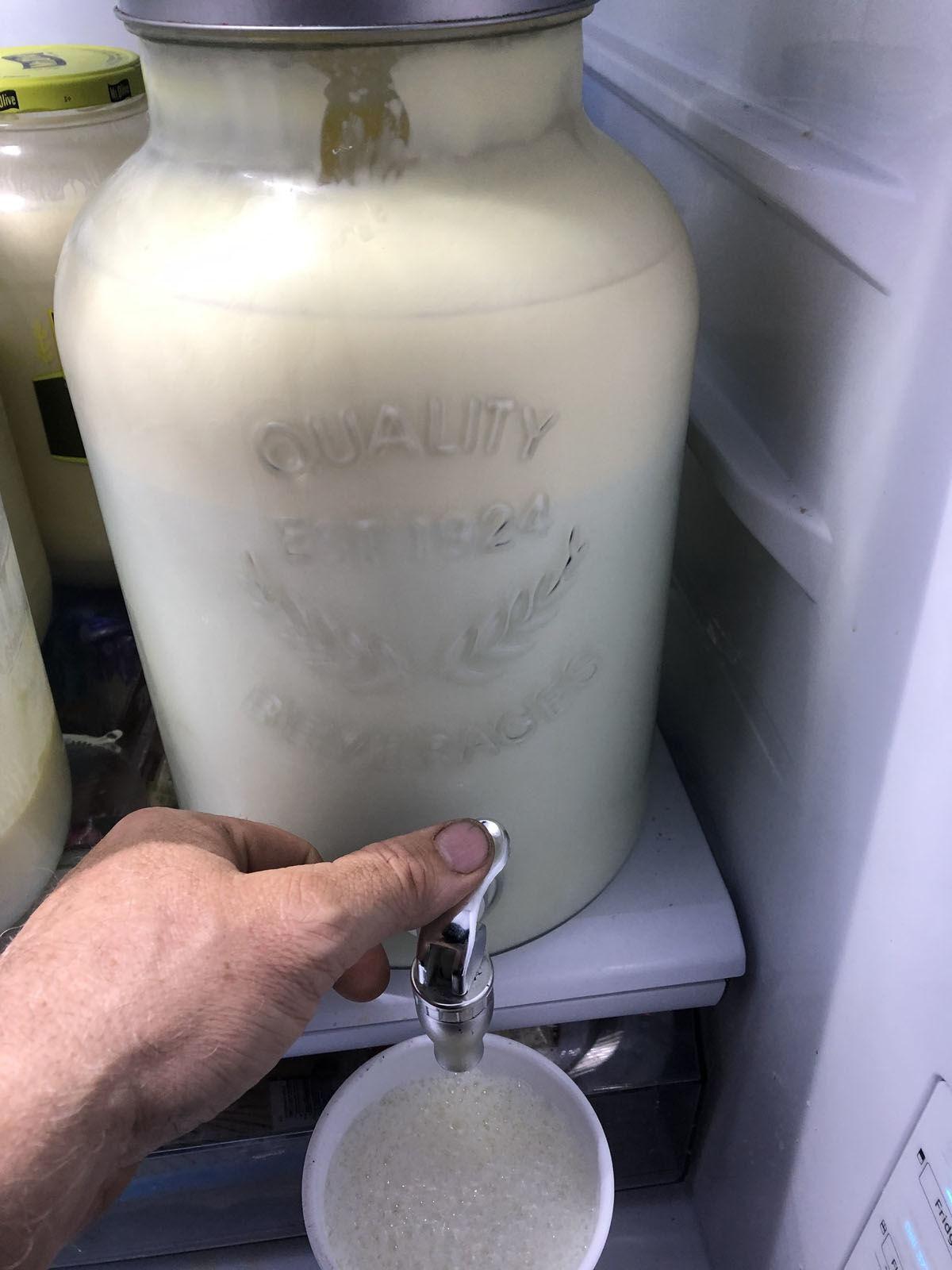 There is no shortage of milk in the Heiser household these days. 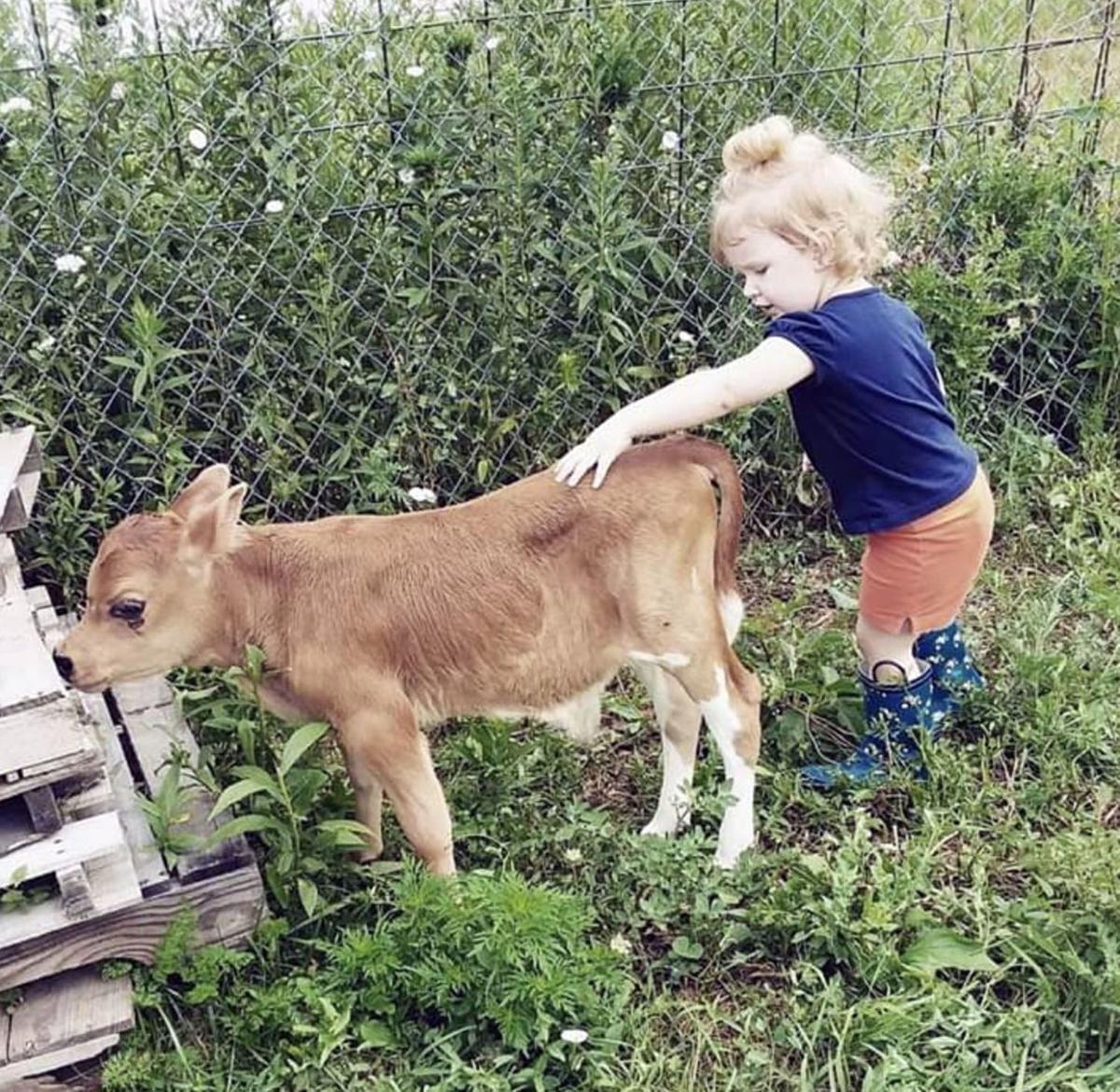 Kevin Heiser with one of his mini Jerseys

Some of the mini Jerseys in the Heiser herd.

There is no shortage of milk in the Heiser household these days.

LODA — Kevin Heiser retired from State Farm Insurance three years ago. But he might be working harder than ever now.

Heiser teaches seventh-grade science in Hoopeston during the school year, and when he comes home at night, he has chores — milking his herd of miniature Jersey cows.

The 65-year-old Heiser likes being active.

“I think it’s healthy when you get old and retired to keep going,” he said. “One thing that’s nice, the school keeps my mind sharp ... but the chores every day keep my body going.”

Climbing up in the hay mow and throwing bales around, plus other chores, gives him a workout.

In addition to the dairy cows, he tends to his Kunekune pigs. Kunekunes are a grazing pig from New Zealand that feed on grass. The pigs have a turned-up snout so they can’t root.

So Heiser has cows that originated near England and pigs that come from Down Under. No word where the 25 chickens he raises hail from.

Feeding all the animals in the morning takes about 15 minutes. Milking the cows of an evening takes about an hour — longer in the winter when he has to “fight ice in the tank.”

The size of Heiser’s Jersey herd varies as he sells them off and more are born. Most recently, he had 11 head.

“My plan is to begin raising them from calves,” he said. “Cows, when they reach like 5 years old, they peak in their value because they’ve already had four calves.”

Heiser was raised on a dairy farm and has always “had dairy cows in my blood.”

He likes the miniature Jerseys, which stand only about 40 inches tall. (A Holstein can be twice that height.) They’re easy to handle.

The miniatures are a throwback to the size of the Jersey cows that were brought from their native Isle of Jersey 150 years ago, but they were bred to become bigger and to produce more milk.

He feeds about a gallon of the milk each day to his chickens.

Heiser also sells the milk. He uses a portable machine for milking. It takes six to seven minutes to milk a cow.

Milking machines are more of a must than in the past.

“They’ve bred cows to have smaller teats now, so it’s hard to hand milk now,” Heiser said. “The longer the teat, the more threat of frostbite and other injuries.”

Another attractive aspect of the mini Jerseys — they have a good temperament.

He characterized their behavior as “kind of spunky.”

“They’re very easy to work with,” he said. “They’re fun. Most of them are like puppy dogs. They like to come up and rub against you.

“Sometimes, the bulls can be aggressive. The bull I have now (though) is as gentle as the cows.”

Especially tame are the ones Heiser has bottle fed as calves, “so they kind of imprint on me.”

Heiser and his wife, Sherry, don’t pasteurize or homogenize their milk. Kevin Heiser said some people believe “some of the problem with pasteurization is you kill all the good stuff” in the milk.

And some people believe people with lactose intolerance can better handle non-homogenized milk.

The Heisers get their milk, cream and butter plus eggs from their farm.

To accommodate his dairy, Heiser had a new barn built by local contractor Tim Hoke.

Selling one of the cows can be tough. Heiser gets attached to them, “but it’s a business.”

“They’re actually much more valuable than a standard cow,” he said. “There’s a real good market for them.”

Evidence of the interest is shown in a Facebook site for miniature Jersey cattle enthusiasts that saw its participant numbers climb from 5,000 to 10,000 in the past year.

Heiser enjoys his new life and says, “I’m going to do it as long as I can.”