Abel Colunga navigates the Warrior defense while Dane Martin attempts to bring him down. 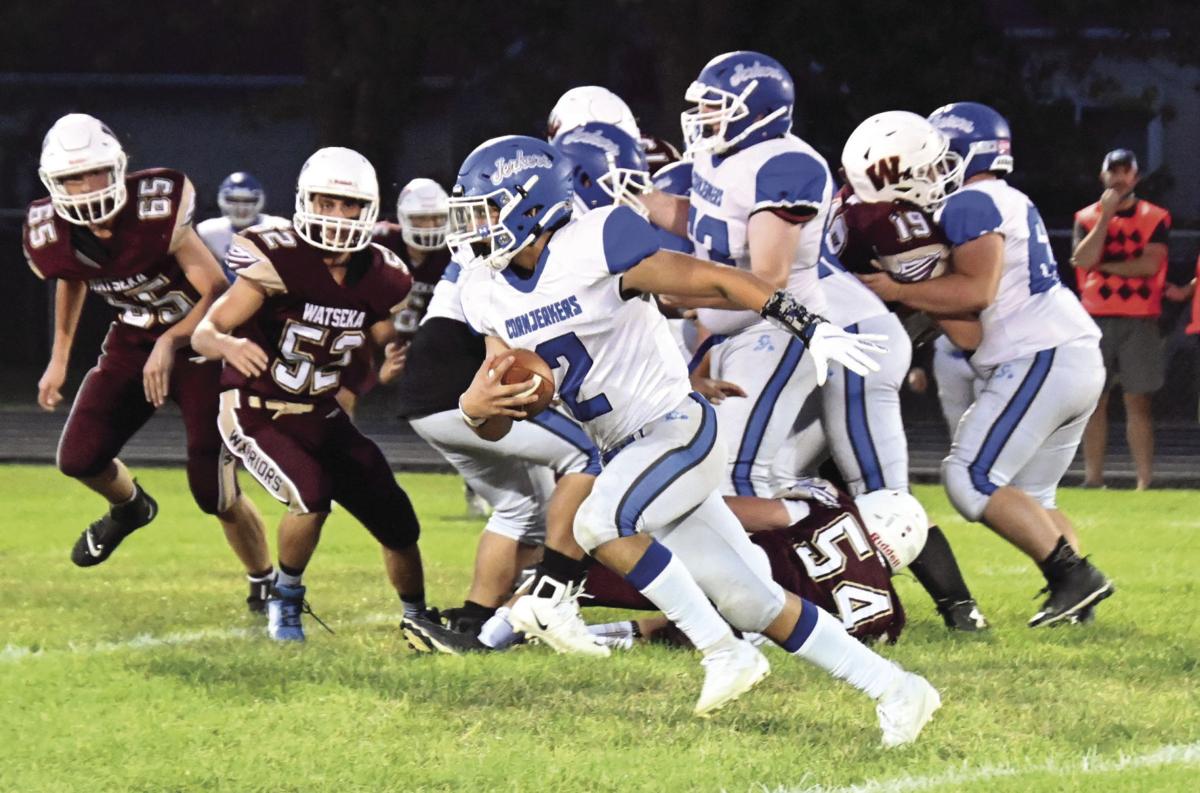 Anthony Zamora scrambles with the ball. 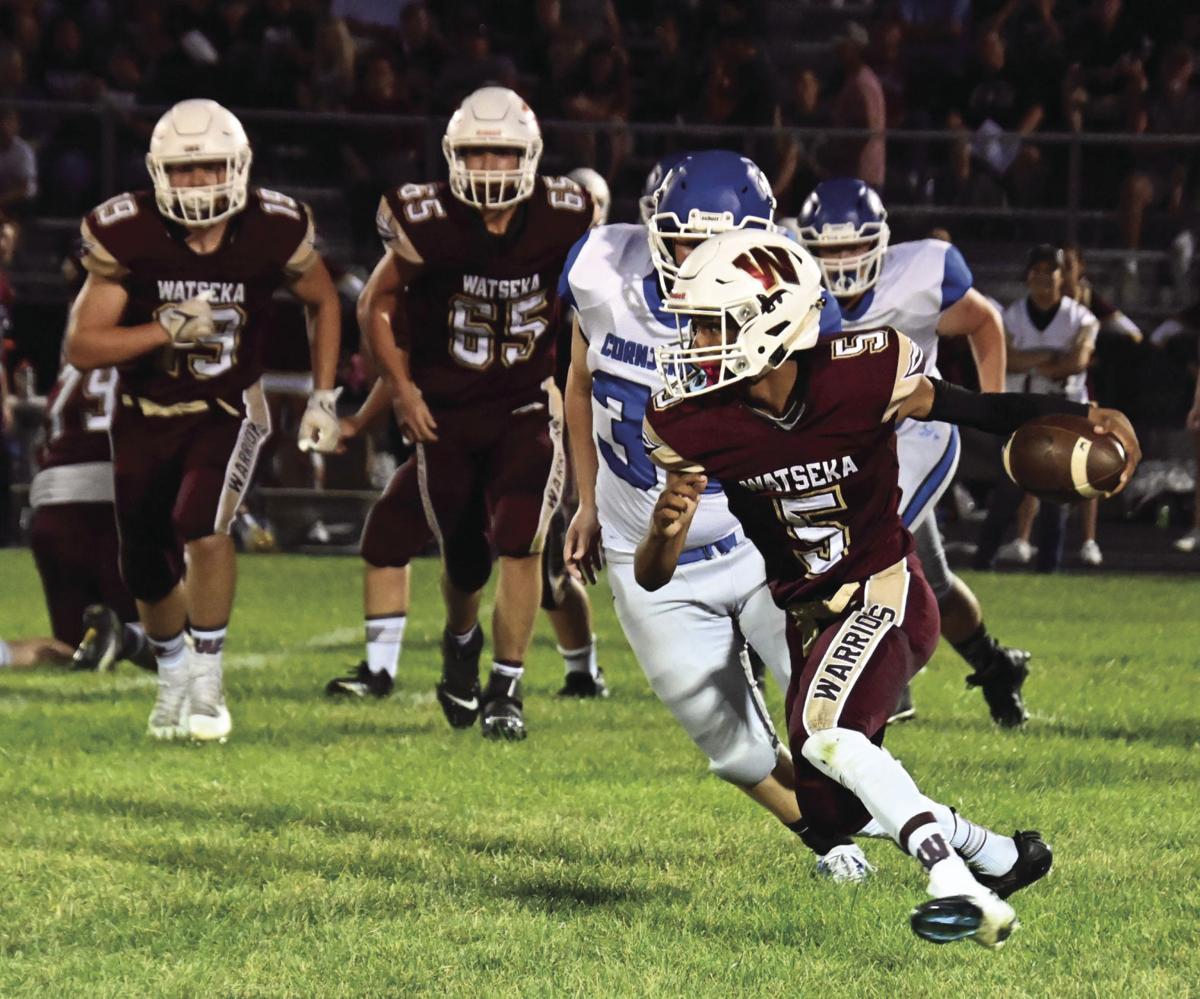 DJ Wellmaker runs with the ball.

Abel Colunga navigates the Warrior defense while Dane Martin attempts to bring him down.

Anthony Zamora scrambles with the ball.

DJ Wellmaker runs with the ball.

The Cornjerkers entered the evenings matchup coming off of a loss to Momence, 30-14. Watseka’s lone victory came from a forfeit by Georgetown-Ridge Farm. Watseka, having lost their last two matchups needed a victory to get things moving in the right direction. Hoopeston had other ideas and would play the role of spoiler defeating the Warriors 28-6.

Hoopeston didn’t wait long before striking. Their first series found the Cornjerkers consistently pounding the ball up the middle. Abel Colunga was their first choice and he hurt the Warriors all night. Colunga was responsible for putting Hoopeston in a position to score collecting the majority of the way. Anthony Zamora finished off the drive finding Hunter Cannon for an 11 yard touchdown pass. Following the Hoopeston score both team score both teams struggled to move the ball. The first quarter ended with Hoopeston up 6-0

Watseka had possession going into the second quarter. The Warriors went four and out turning the ball over on downs. The Cornjerkers were called for holding and then promptly turned the ball over fumbling the ball. Watseka covered the ball but could not do anything with it and were forced to punt. Hoopeston took over on the seven yard line. The Cornjerkers again turned to Colunga who began to pick up yardage in large amounts only seeing one third down in the scoring drive. Zamora found Kolling Asbury for a 21 yard touchdown reception. Zamora and Asbury connected again to convert the two points. The score gave Hoopeston a 14-0 lead. Watseka went four and out on their next drive. After the punt Hoopeston took over the ball on the twenty yard line. One play later Zamora found the end zone for the second time in the quarter hitting Hunter Cannon for 21 yards and another touchdown. Cannon ran in the two point conversion and the Cornjerkers went to the intermission leading the Warriors 22-0.

The Warriors got the ball to start the second half but fumbled the ball on their first play giving possession to Hoopeston. Colunga made Watseka pay for the turnover pounding the ball in for six more. The Cornjerkers would not score again, they wouldn’t need to. The Warriors added a touchdown late in the fourth quarter to prevent the shutout. Evan LaBelle rushed for 13 yards to get the Watseka score. The final Score was Hoopeston 28, Watseka 6.

Watseka struggled to move the ball. They collected just 39 total yards on offense. Hoopeston, on the other hand, threw for 97 yards and collected 282 yards on the ground. The ease with which they moved the ball allowed them get 20 first downs in the game versus just 4 for Watseka.

Hoopeston’s next opponent is the Westville Tigers whom they will face at home. Westville, 3-1, is coming off of their first loss of the season at the hands of Clifton Central. The Warriors will face the Comet’s at home. Kick off for both games is scheduled for 7 p.m.