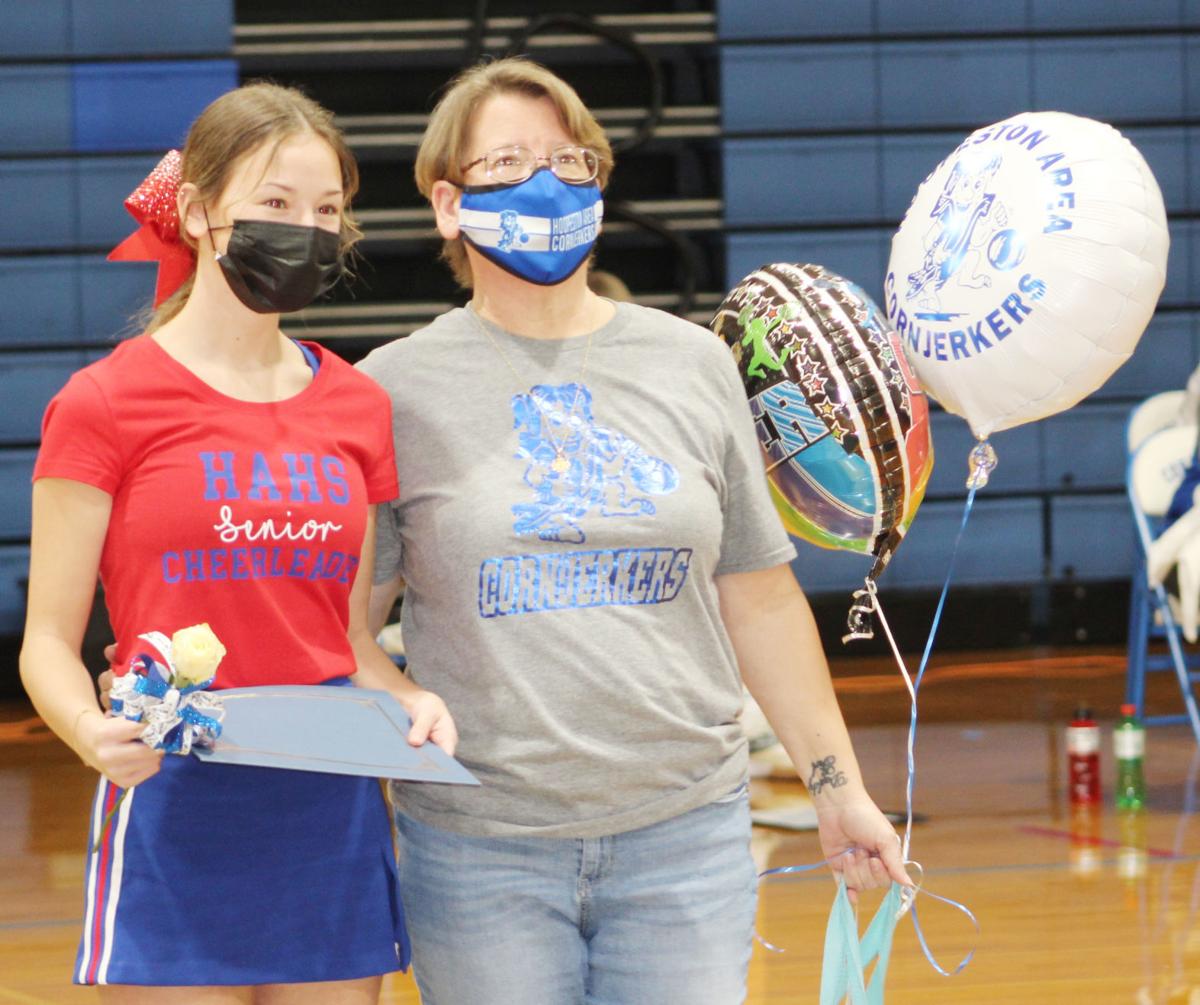 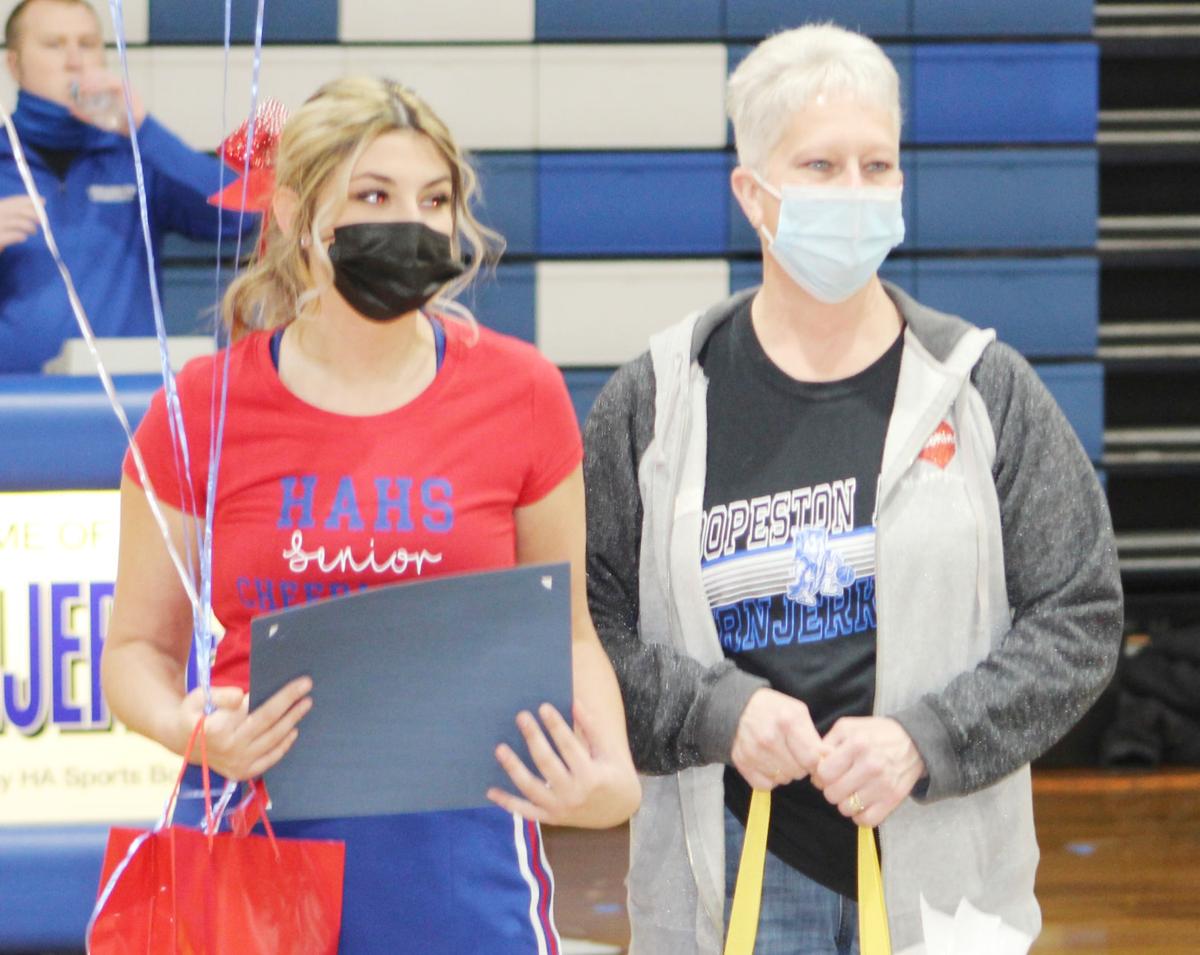 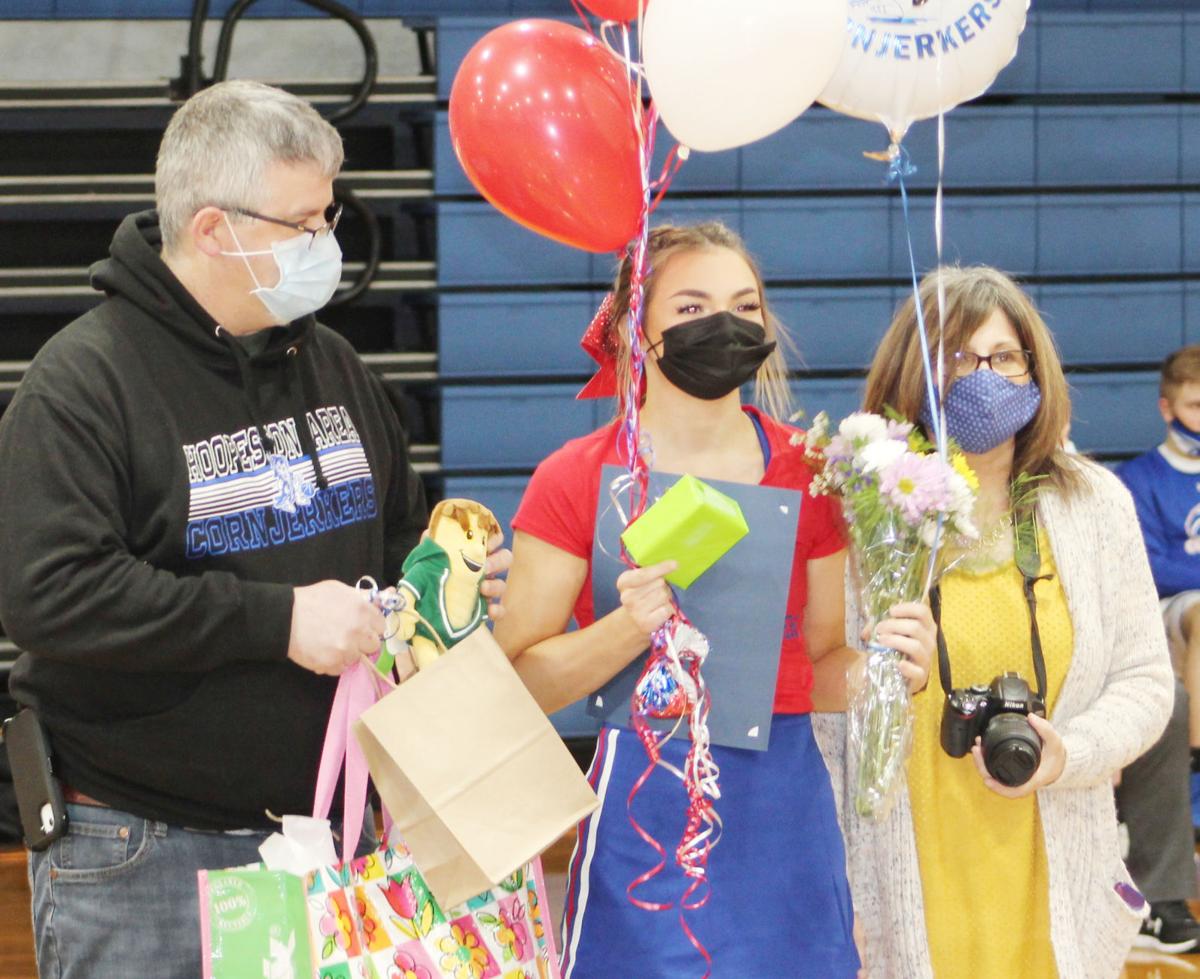 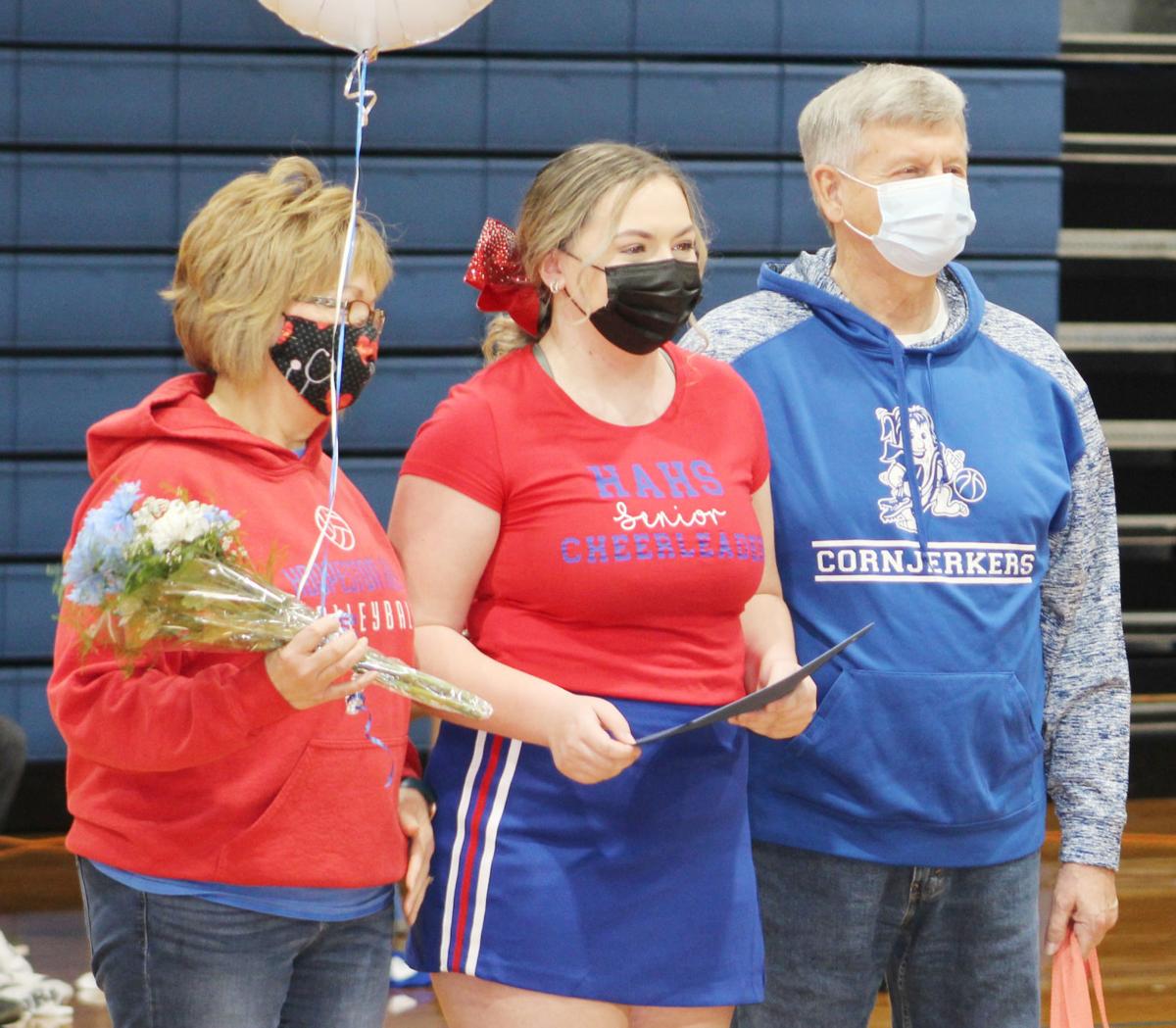 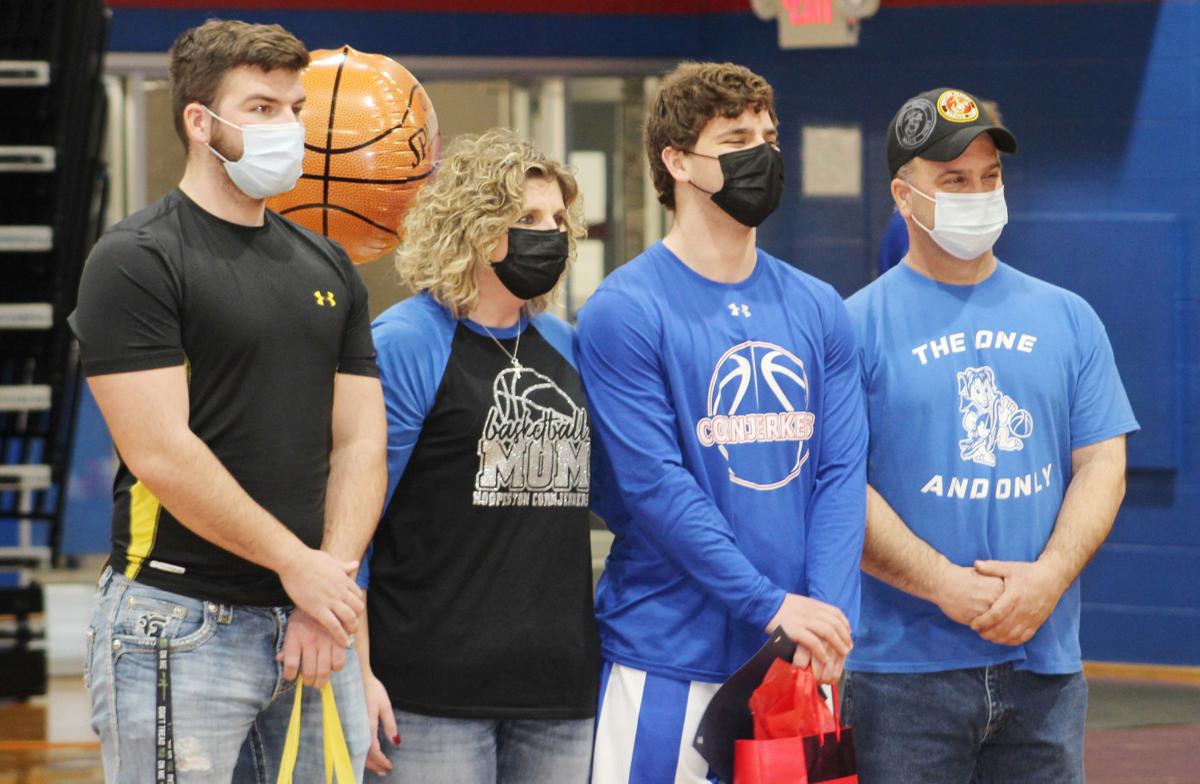 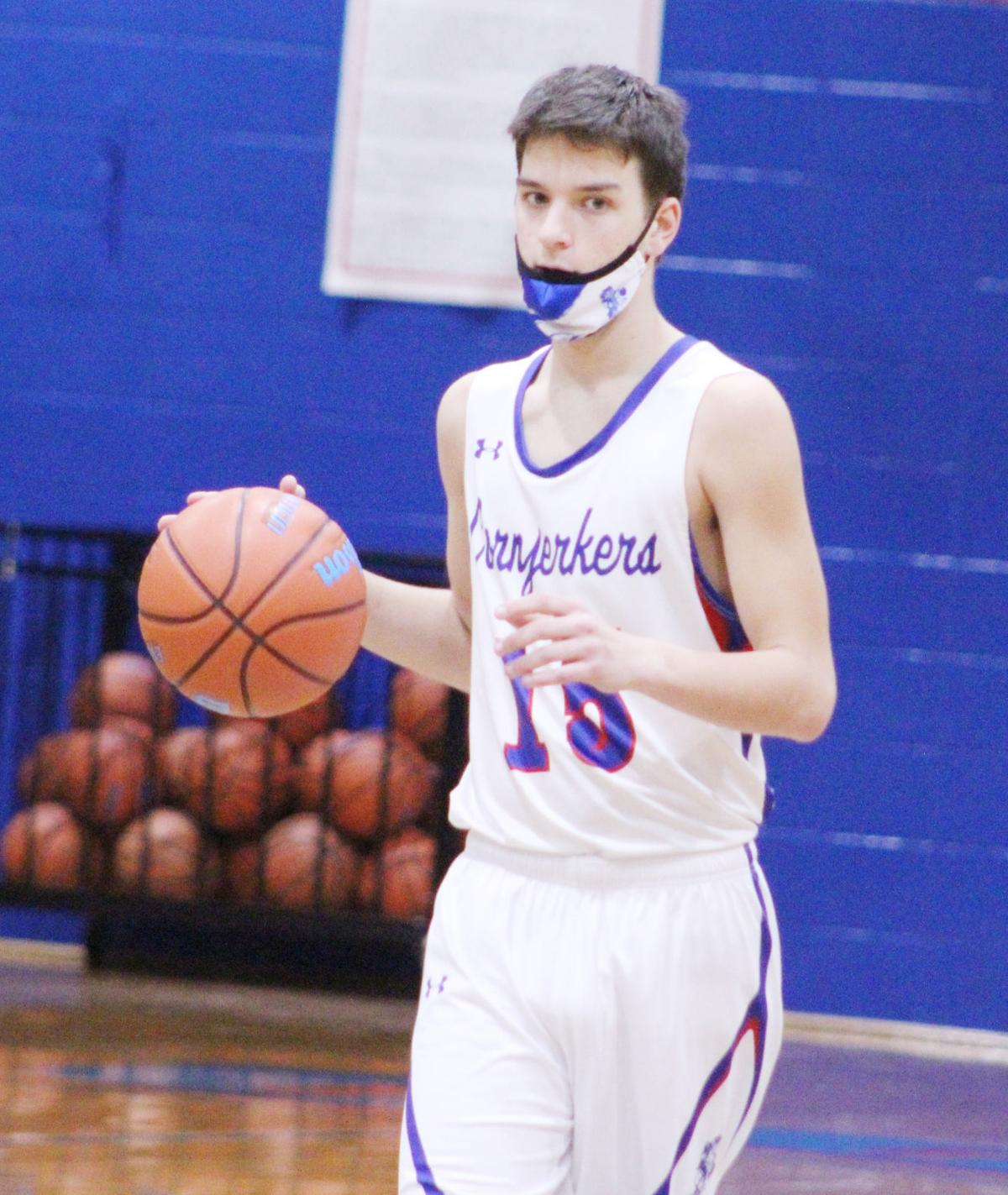 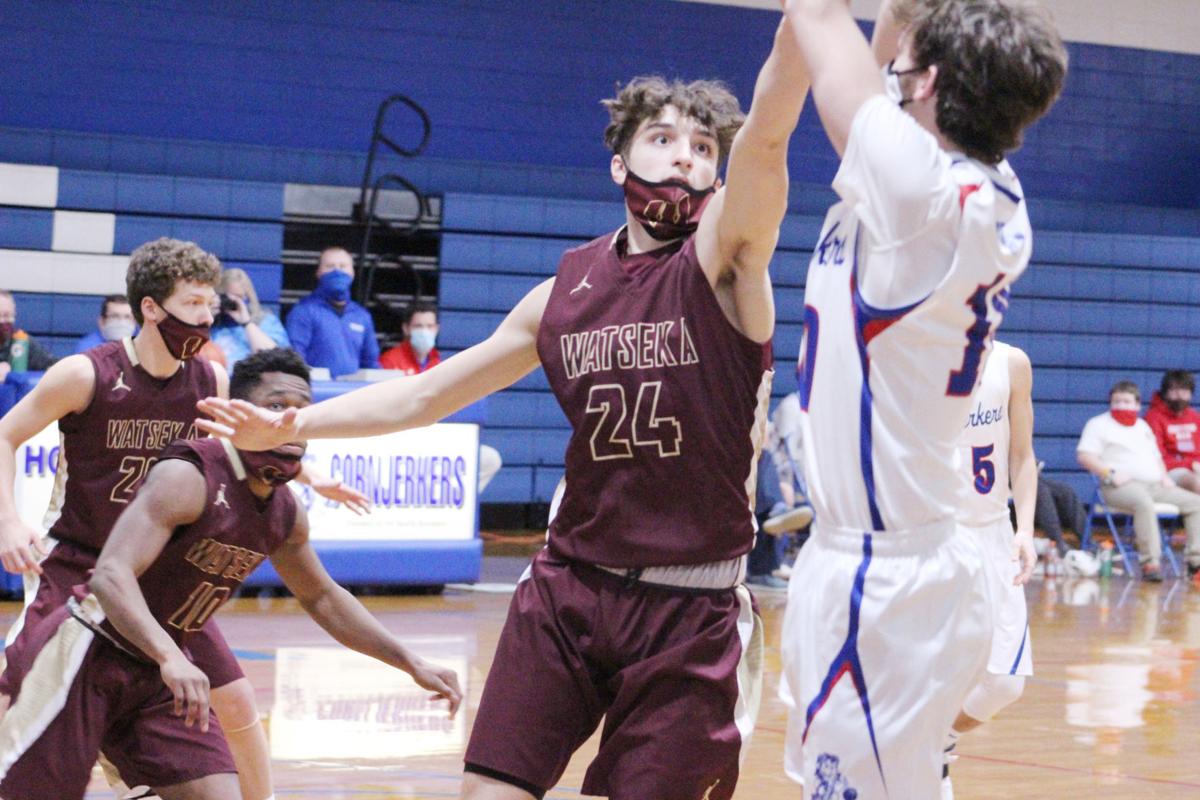 Watseka’s Brayden Haines goes up for a block during Saturday’s game against Hoopeston Area. 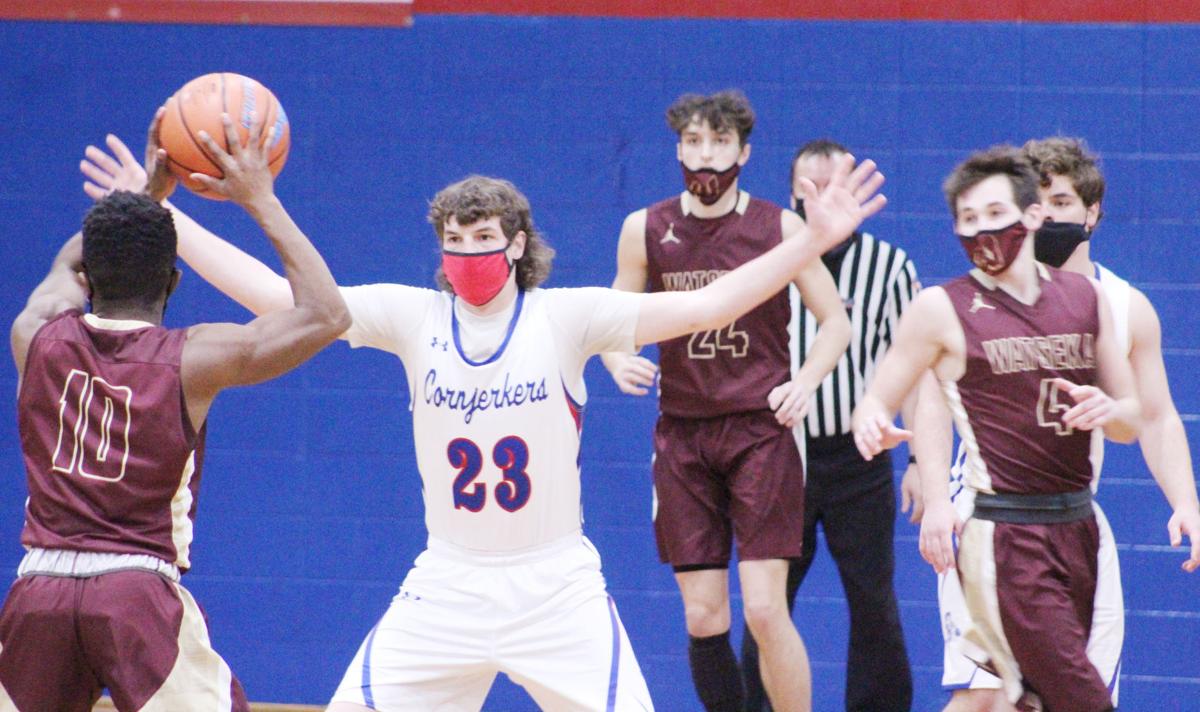 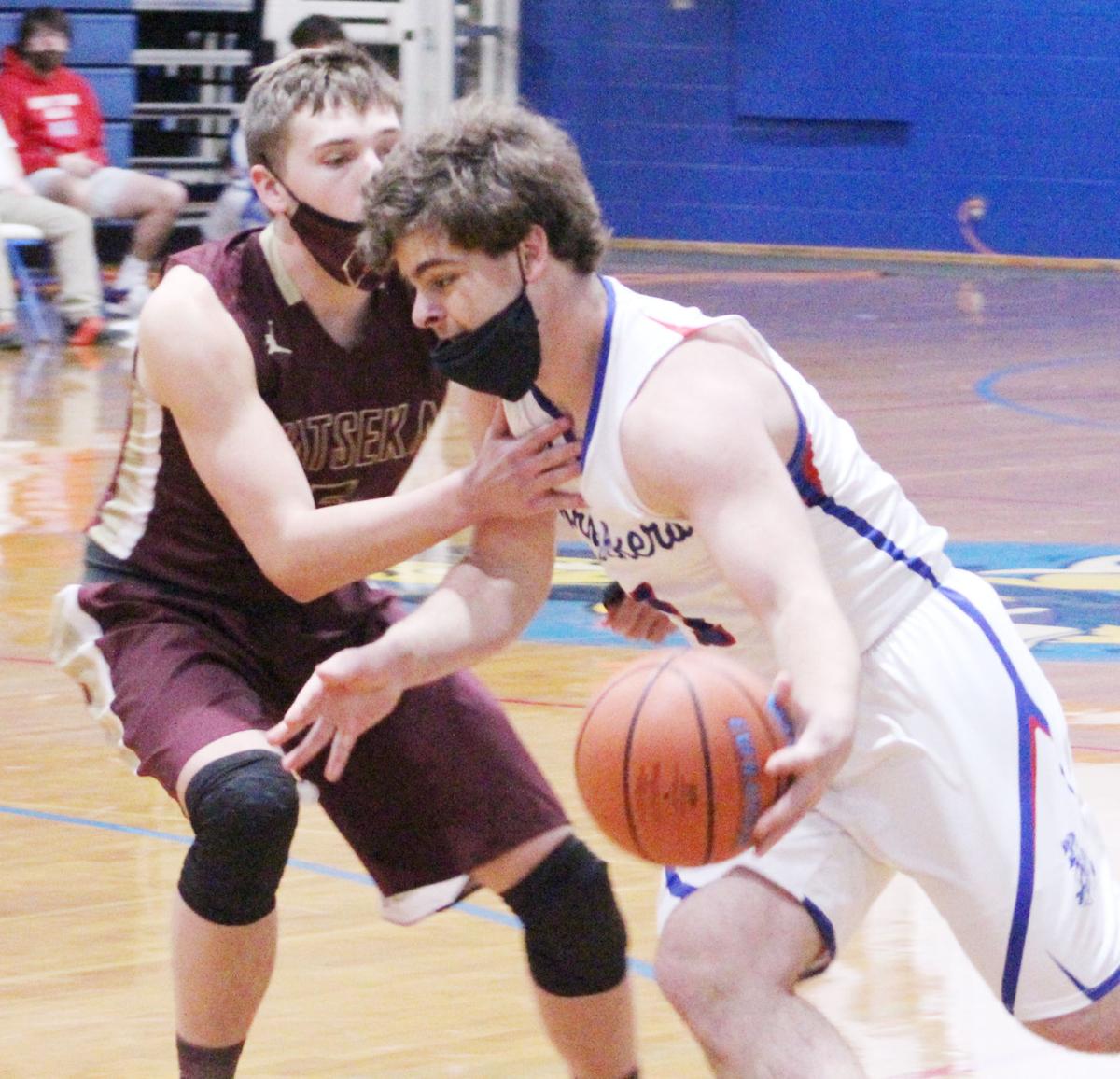 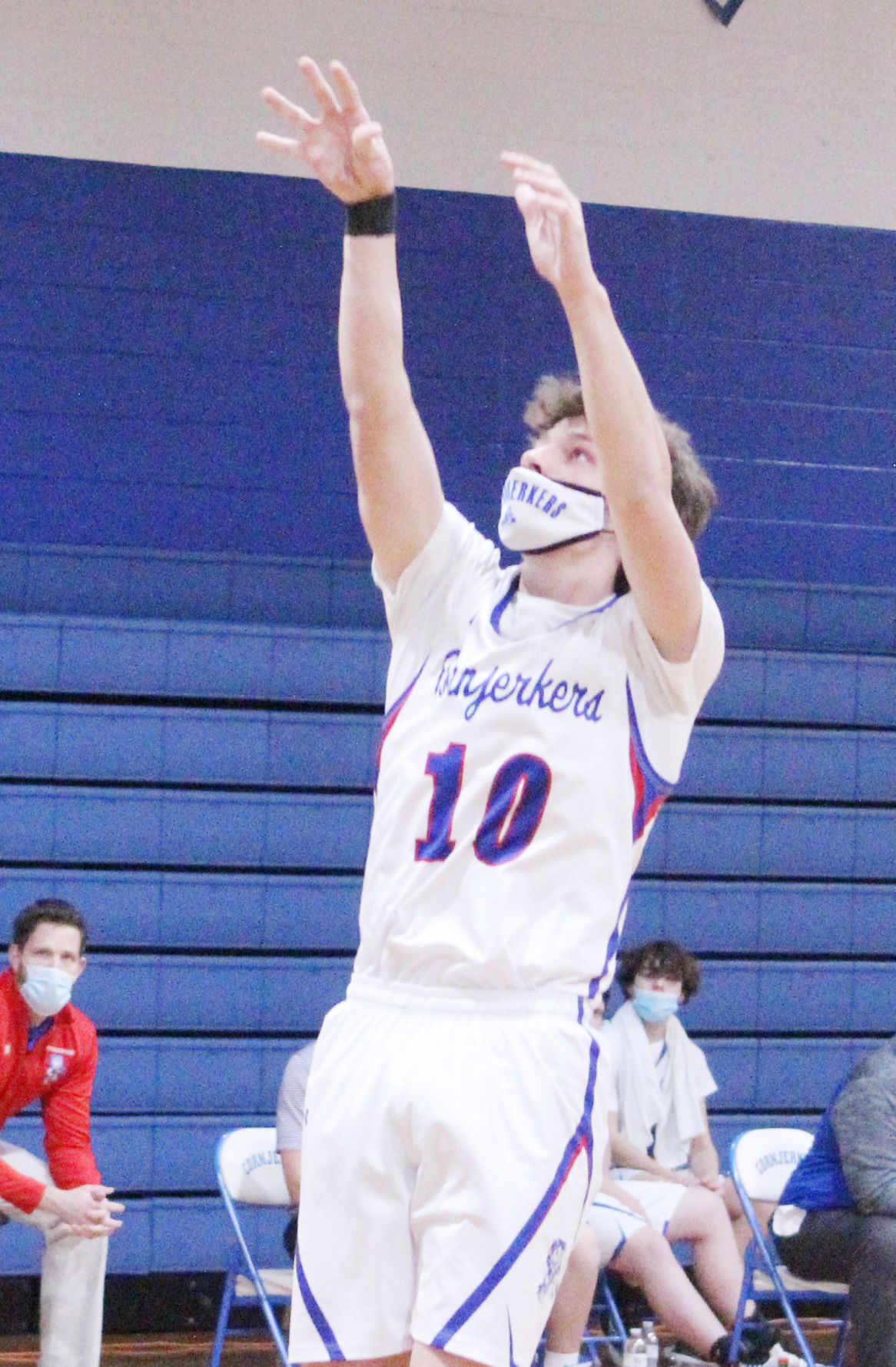 (Above) Hoopeston Area’s Nick Hofer goes up for a shot during Saturday’s game against Watseka. 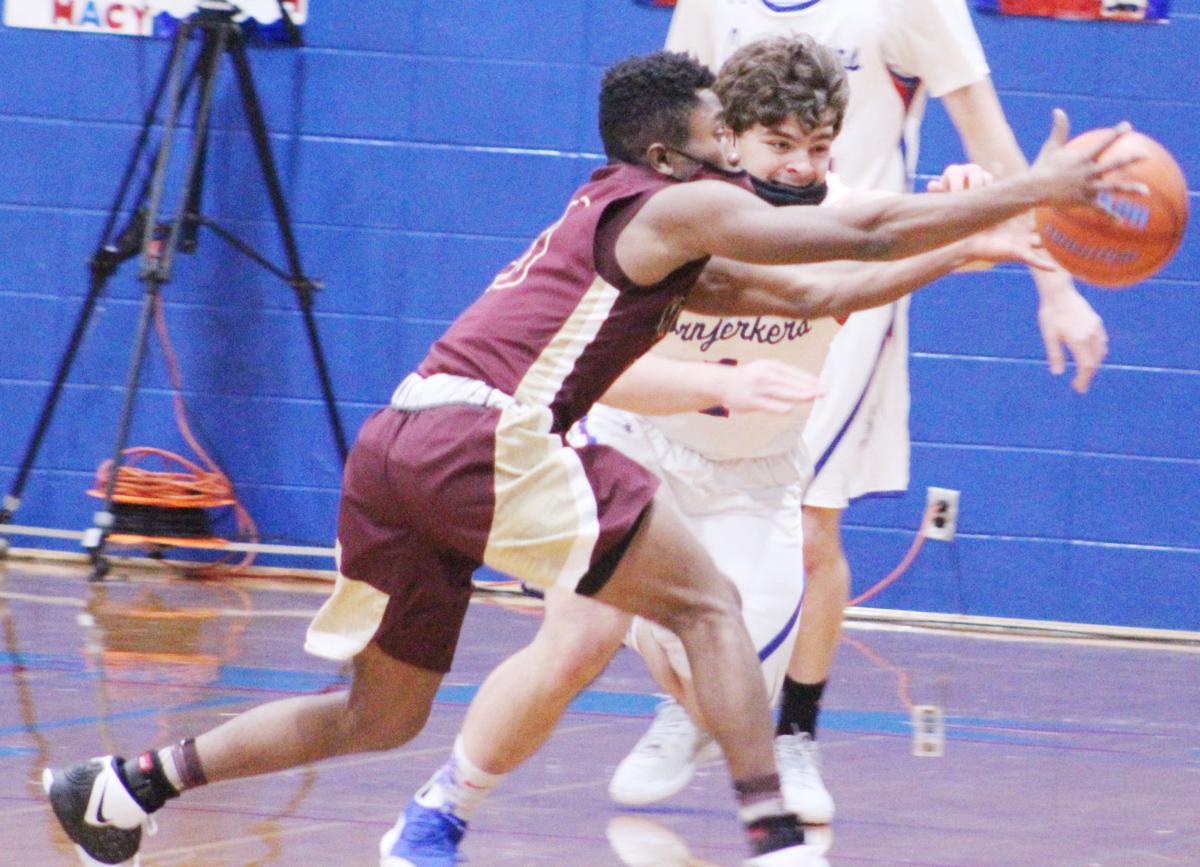 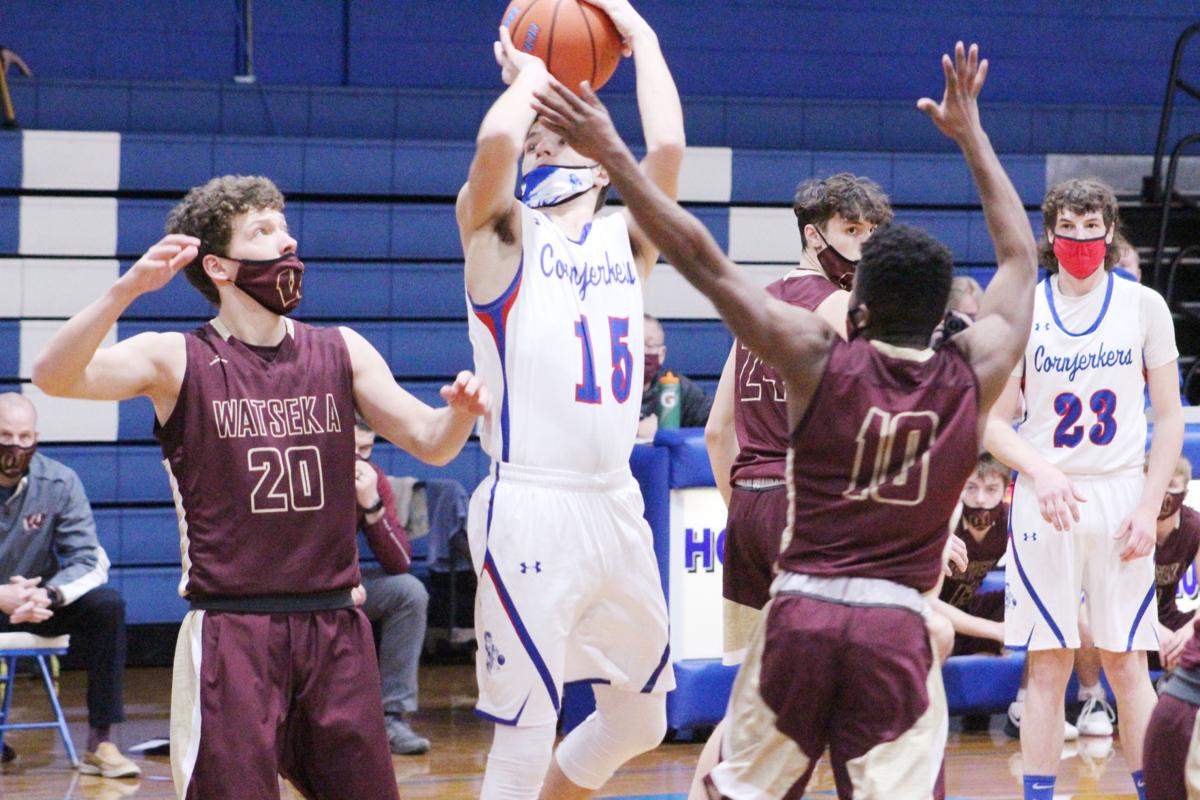 Watseka’s Brayden Haines goes up for a block during Saturday’s game against Hoopeston Area.

(Above) Hoopeston Area’s Nick Hofer goes up for a shot during Saturday’s game against Watseka.

Watseka came away with the 65-32 win over Hoopeston Area.

Nick Hofer led the Cornjerkers in scoring with 10 points. Chris Catron and Ben Brown each had six points. Preston Van de Veer had four points. Derek Drayer, Gavin Montez and Ethan Steiner all had two points during the game.

The Chronicle spoke with Head Coach Jerud VanDyke prior to Saturday’s game against Watseka about the team and the season as a whole.

VanDyke said his team was eager to get back on the court after having the season delayed for so long due to the pandemic.

“I think, for the most part, we were happy just to get going,” he said. “We were off for a couple months and now we’ve been back at for three or four weeks. It’s good to get, the younger kids especially, experience in game situations. And, the one senior [Chris Catron], we want him to have his senior season and get something going on since he’s given four years to the program.”

VanDyke said the number and experience level of the players on the team has been a challenge since the team only has one senior this season and the team’s sophomore point guard is injured.

“We’re really only playing five guys right now on varsity,” he said. “We’ve got a freshman that subs some for us, but we’re pretty limited in terms of depth and we don’t have a lot of experience except for the one senior. Right now, it’s a matter of getting these guys reps.”

VanDyke said the team is looking to improve its rebounding and ball handling skills.

VanDyke feels that his team has stepped up and remained competitive in all of their games this season.

“We’ve had a chance in all three games,” he said. “We’ve been competitive in all three of them. So it’s a matter of getting better at a few things.”

VanDyke said the junior varsity squad has six freshmen and one sophomore.

He said the squad has progressed as the season has gone along.

“They’ve got a little more depth to work with, but not much,” he said.