The 184 individual memorial benches are set atop lit pools. The Pentagon staff who were killed have their names in line with the building, while those who were on American Airlines Flight 77 have their names situated in the jet’s flight path. 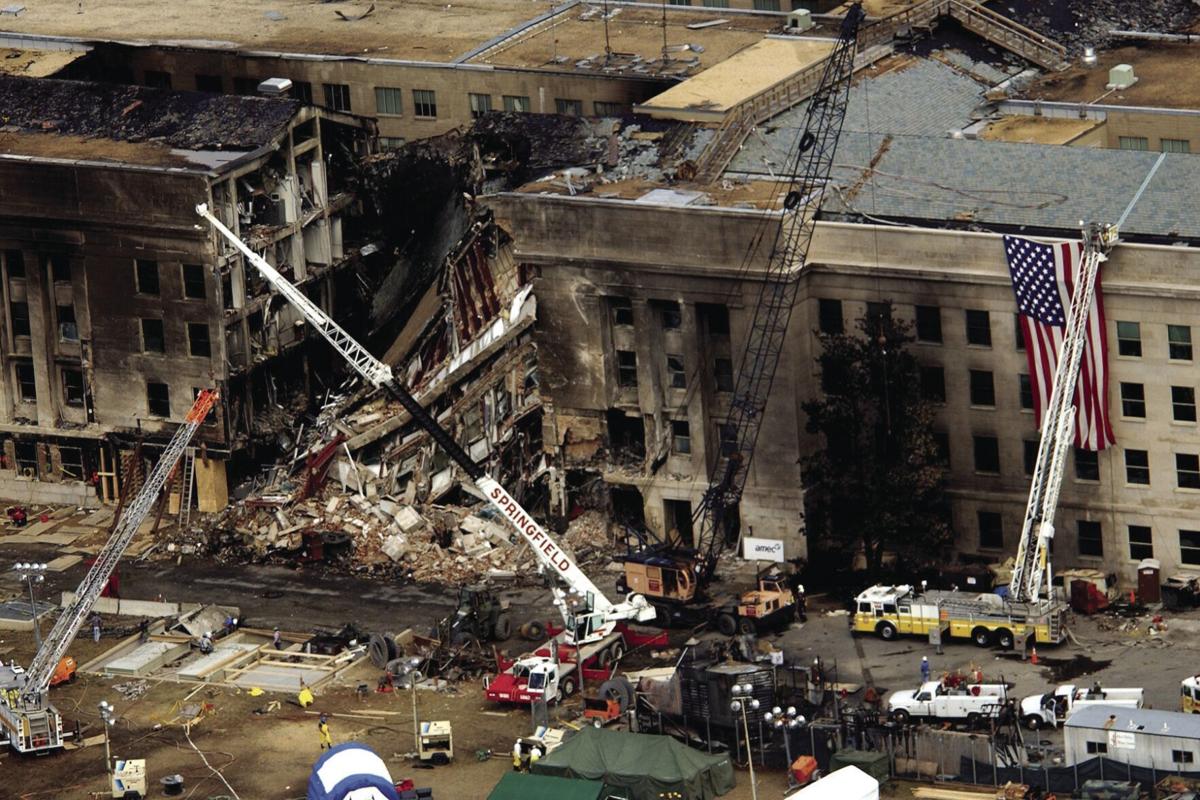 Al-Qaeda terrorists crashed American Airlines Flight 77 into the side of the Pentagon on Sept. 11, 2001, as part of an attack on the U.S. 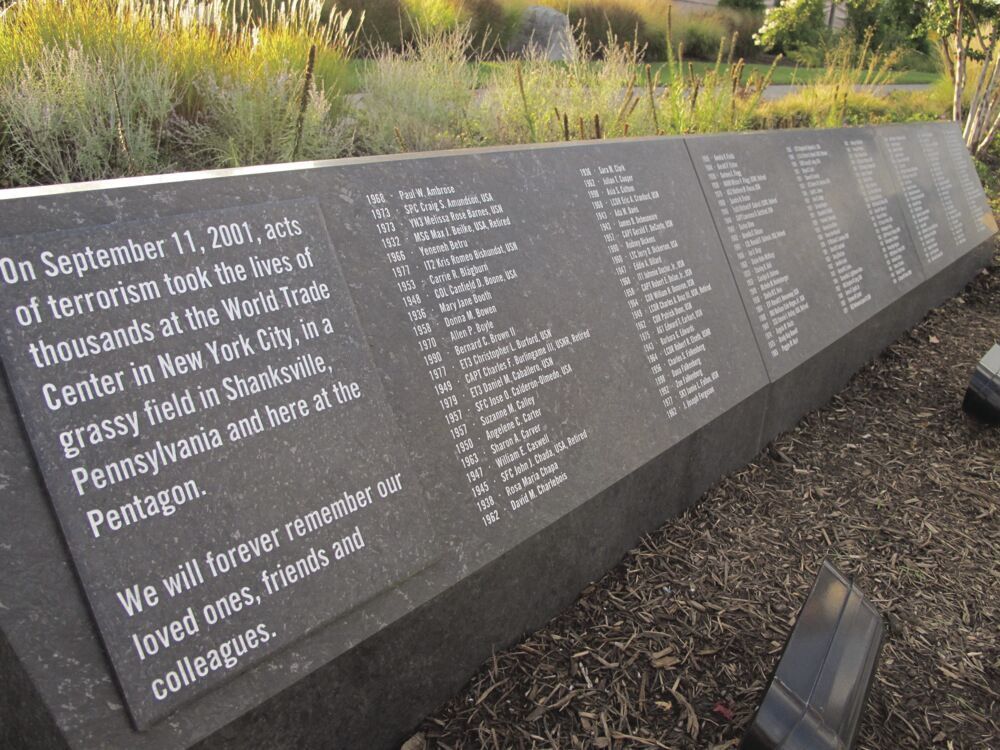 Visitors to the 9/11 Pentagon Memorial can see a timeline of the victims of the Sept. 11, 2001, terrorist attack on the Pentagon, the World Trade Center and in Shanksville, Pennsylvania.

As the world watched in horror the aftermath of two commercial airliners colliding with the World Trade Center in New York, a third airplane, American Airlines Flight 77, slammed into the side of the Pentagon, the center of America’s military might.

At 9:37 a.m. Eastern Time, the airliner “plunged from the sky, split the rock and steel of this building, and changed our world forever,” according to then-President George W. Bush during the dedication of the 9/11 Pentagon Memorial on Sept. 11, 2008, the seventh anniversary of the terrorist attacks in New York, Washington and Pennsylvania.

“The years that followed have seen justice delivered to evil men and battles fought in distant lands. But… each year on this day, our thoughts return to this place. Here, we remember those who died,” the president continued. “And here, on this solemn anniversary, we dedicate a memorial that will enshrine their memory for all time.

“The Pentagon Memorial will stand as an everlasting tribute to 184 innocent souls who perished on these grounds. The benches here bear each of their names. And beneath each bench is a shimmering pool filled with the water of life — a testament to those who were taken from us, and to their memories that will live on in our hearts.”

One of those who was on board American Flight 77 was Karen Kincaid, a Waverly native and attorney.

The memorial was built over a two-plus-year timeframe starting in June 2006 and completed in August of 2008.

According to the interactive timeline on pentagonmemorial.org, Kaseman Beckman of Amsterdam Studio wrote in the design description of the memorial, it is “a memorial that simultaneously affords intimate and collective contemplation through silence within a tactile field of sensuous experience.”

“It sets out to permanently record and express the sheer magnitude of loss through an architectural experience of a place radically different than what we encounter in our daily lives,” Beckman added.

The memorial itself depicts a timeline of the victims’ ages spanning from the youngest, 3-year-old Dana Falkenberg, who was the airplane, to the oldest, 71-year-old Navy veteran John D. Yamnicky, also on Flight 77.

Each victim’s name and age are inscribed on the 184 benches that fill the memorial. The cantilever seats extend over a lighted pool and are made of stainless steel inlaid with smooth granite.

The units are positioned to differentiate the Pentagon staff victims from those who were on the flight. The ones that honor the 125 servicemembers stationed at the facility are set so the names and the building are in the same view, while those marking the 59 victims on Flight 77 have their names showing the flight path of the jet.

In the gateway to the memorial, metal strips mark the age lines of the victims, starting from Line Zero, which has the date and time of when Flight 77 crashed. There is also a plaque that lists all 184 victims and which number is their bench.

Victims from the same family are honored by a plaque at the end of a pool of water.

The Pentagon memorial is the first of the facilities that mark the al-Qaeda attack on the U.S., with the National 9/11 Memorial and Museum opening three years later and a memorial and visitor’s center in Shanksville, Pennsylvania that opened on Sept. 10, 2015.

For more information on the 9/11 Pentagon Memorial, go to either defense.gov/experience/pentagon-memorial or pentagonmemorial.org.