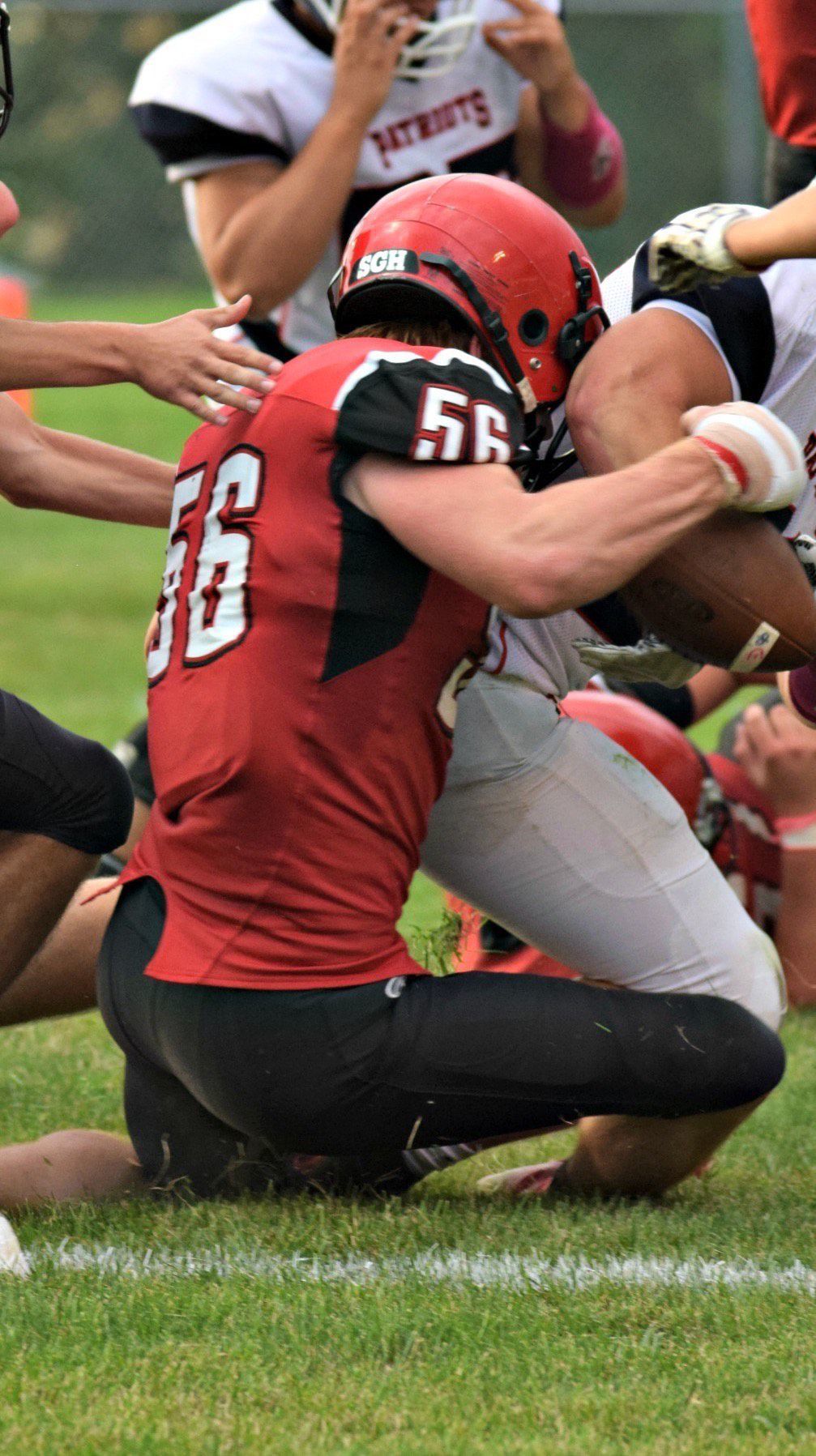 Jack Hargan, 18 and a senior at AHS, is a linebacker and right guard. He was first in the state in tackles for Class 1A with 165 season tackles. He had 399 career tackles. He was nominated as an All State Linebacker for two years.

Jack Hargan, 18 and a senior at AHS, is a linebacker and right guard. He was first in the state in tackles for Class 1A with 165 season tackles. He had 399 career tackles. He was nominated as an All State Linebacker for two years.

“This is one of the highest honors an Indiana high school football player can achieve, it’s also a great opportunity to be one the best players in the state competing one last time against the rest of the best players in Indiana,” said Attica High School Head Football Coach Ryan Good.

Hargan, 18 and a senior at AHS, is a linebacker and right guard. He was first in the state in tackles for Class 1A with 165 season tackles. He had 399 career tackles. He was nominated as an All State Linebacker for two years and he’s received other honors, such as being on the Associated Press All State Team (first team).

He said, “I am an aggressive player. I feel this position requires this type of player to be successful.”

“Jack was our right guard on the offensive line and he was a big part of our offenses accomplishments, 3,558 yards total offense, 1,244 yards passing, 2,314 yards rushing. Jack was also an inside linebacker for us, at this position he accumulated 166 total tackles (teams leading tackler) of which 85 were solos and 81 were assists. He also had 11 tackle for a loss, two forced fumbles, one fumble recovery, and one interception,” Good said.

Hargan said played youth football for seven years, as well as junior high football. During this time he played several positions. He has played football since his kindergarten year, playing 13 years total.

“I love football because I was able to play with my teammates. We became very close during the season. I am passionate about physical sports. I love challenges. Breaking through a line of offensive players is very satisfying and exhilarating.

“Being chosen for the North/South team means so much to me. It means that all of my hard work has been noticed by people throughout the state. Unfortunately, the game has been canceled due to the COVID-19. I am extremely disappointed in this. I wanted the opportunity to play with the best players in the state. I wanted to show them a small town Class A player can make an impact in the game.”

“The Indiana football coaches association is divided up into regions, each region has a meeting where coaches nominate their players and all coaches vote on players. If a player makes the region team, they move onto state voting where each region sends a representative and another vote takes place. A final North team and South team are chosen from the region team players. In July all selected players participate in a football game between the North Allstars and the South Allstars,” said Good. “The North all star coaches had planned to use him as tight end on offense and a defensive end and/or linebacker on defense.”

Only three other Ramblers have been placed on the team: Josh Smith, Nate Larson, Ryan Blankenship.

“Being a Rambler means so much to me. We have a lot of winning traditions. Lewis Bruce Field is a special place to be under the lights on a Friday night. Much of the town comes to the home games and they were special. The coaches at Attica are passionate about winning. They care. I couldn’t imagine wearing another uniform or playing with another group of teammates. These are memories that I will always keep,” Hargan said.

“You often hear football players talk about flipping a switch when they step on the field, this is how Jack Hargan played. In his mind there was no one on the field that would stop him from accomplishing his given tasks.

“Jack was the heart of our defense, he made defensive calls, put players in position, and was the best defensive player we had on the field. Jack leaves some big shoes to fill for our returning players this coming season,” said his coach.

In addition to football, Hargan wrestled for four years. This year in wrestling he was 40-1, losing by one point in semi state. He is a two-time Lafayette Jeff Sectional winner as well as two time Regional Champion, and he has gone to semi state for three years.

He said he has no plans of playing football in college, going to Vincennes University — which has not football team — to study precision machining.

Cloudy skies this morning will become partly cloudy this afternoon. Slight chance of a rain shower. High 76F. Winds NW at 10 to 15 mph.