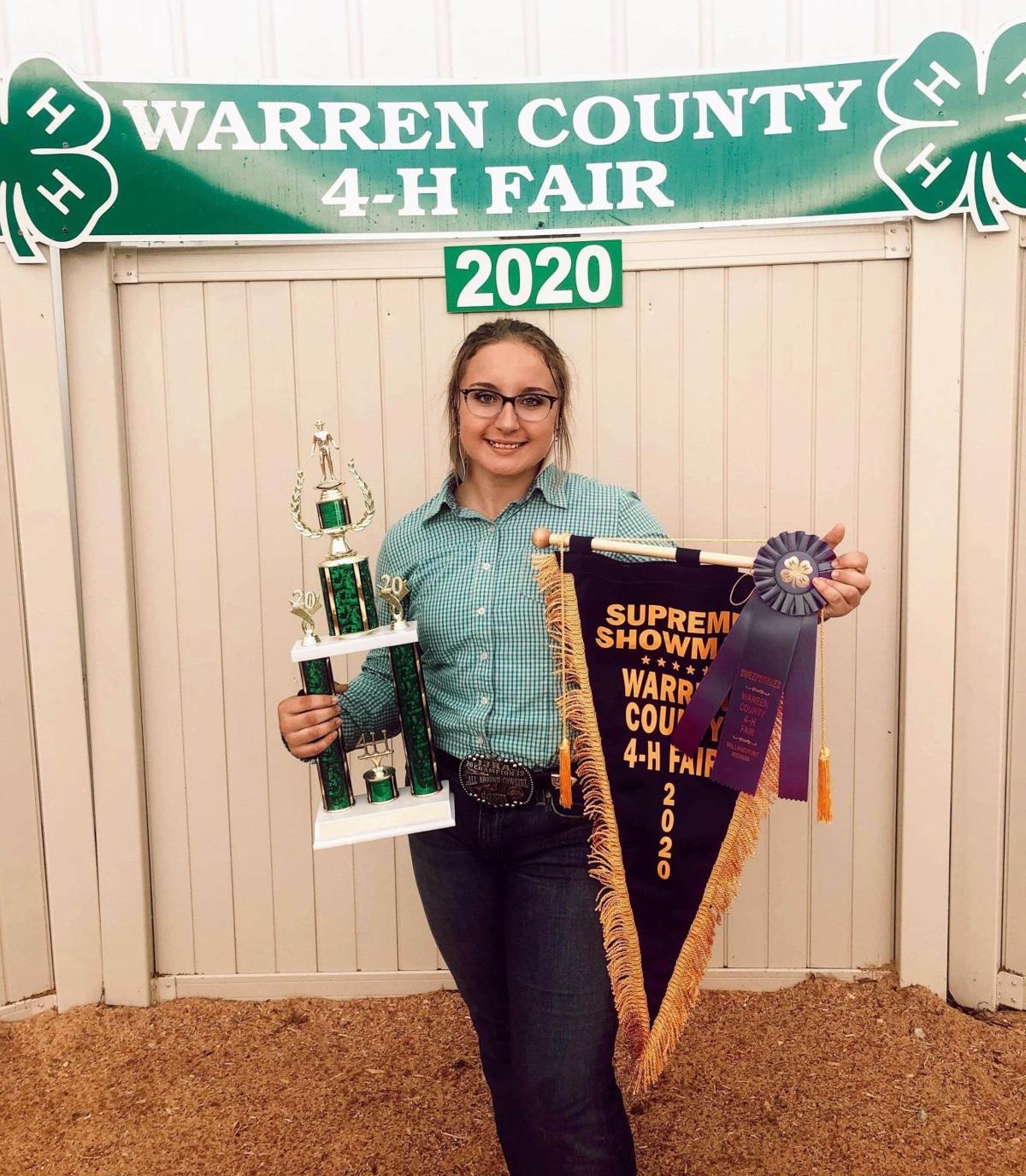 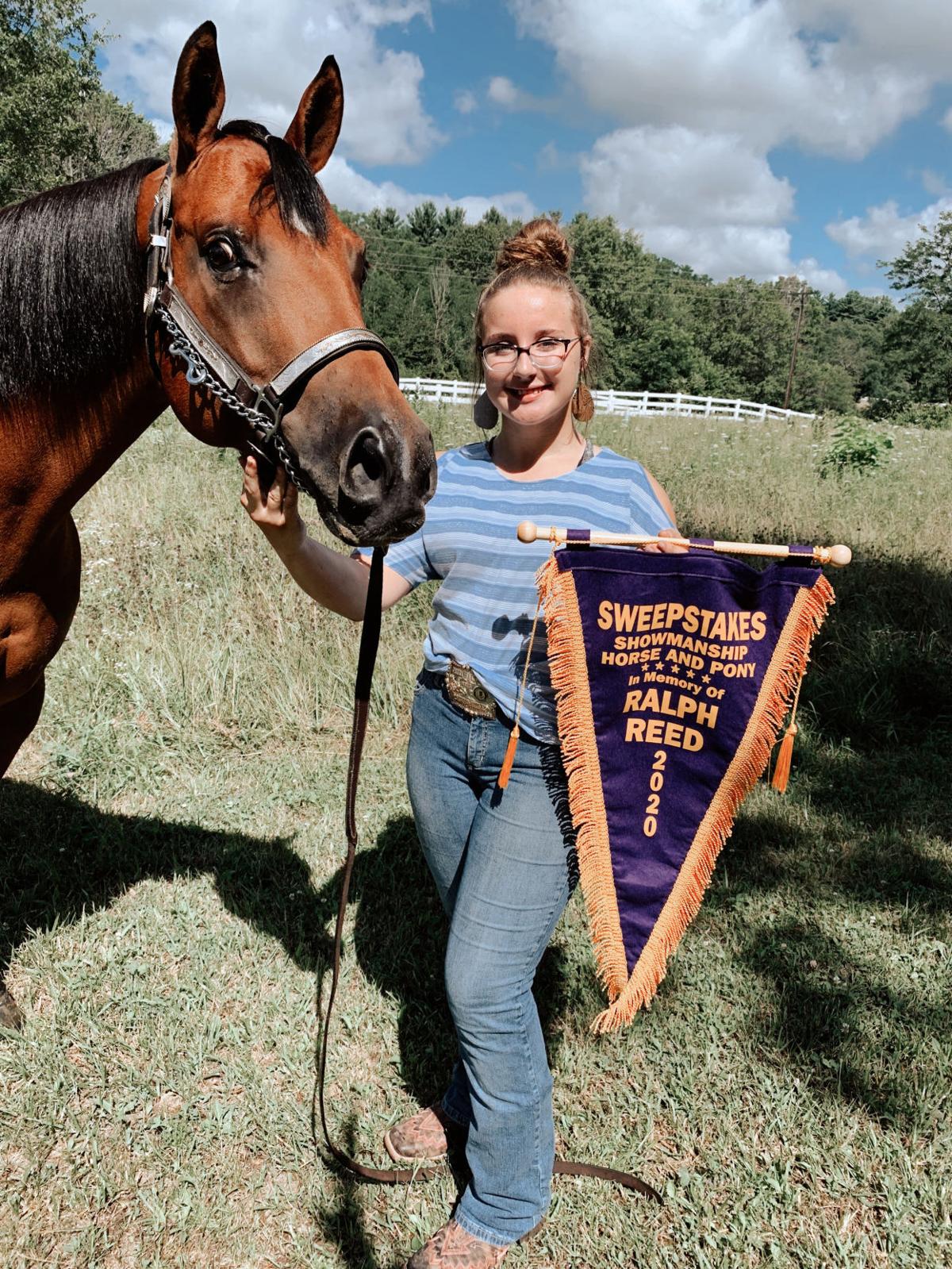 Jayci Halsema and horse Findlay were big winners at the Warren County Fair this year. Jayci holds the Sweepstakes Showmanship Horse and Pony award they won. The award is given in memory of Ralph Reed. Jayci also was named Supreme Showman Overall at the fair this year.

Jayci Halsema and horse Findlay were big winners at the Warren County Fair this year. Jayci holds the Sweepstakes Showmanship Horse and Pony award they won. The award is given in memory of Ralph Reed. Jayci also was named Supreme Showman Overall at the fair this year.

A Warren County teen said she studied up on the animals she was going to show to become the Warren County Fair Supreme Showman Overall this year.

Jayci Halsema had to be the overall best at showing animals from the different barns at the fair.

She qualified to compete in the event by winning the showman award in the Horse and Pony division.

Jayci, who has been in 4-H for six years, worked the showman arena with her quarter horse mare, Findlay.

Jayci has had Findlay for four years and has trained with her since then. “We bought her at the University of Findlay,” she said. The first year Jayci said she and Findlay bonded. The next year, she worked with Angela and Mike Henry, who have a training barn at Pine Village. She said they helped a lot in getting Findlay ready. “Now she is a finished show western pleasure mare,” she said.

Jayci said Findlay is “extremely talented. She is very quick and we both learned together,” she said. “She performs really, really great.”

Jayci said when she won the horse and pony division showmanship award, she knew she had to become familiar with how to show the other animals.

Her family raises pigs and she has shown them, so she felt comfortable with what it takes to show that animal.

She reached out to friends for some of the other animals She said her friend Josh Edwards helped her with the goats. After a little practice, “I caught on pretty good,” she said.

Her cousin Andy advised her about showing cattle. She said he has a lot of knowledge and was very helpful.

“I didn’t have any help for sheep,” she said, “so I did what I could.” She researched and tried to gather as much information about sheep as she could. She said that was the one area that she struggled in a bit.

The day of the competition, Jayci said she was feeling confidant in what she was doing in the show arena. She said she believes having a positive mindset and staying calm is important. The judges asked questions about the animals that the competitors were showing, and she said she had done the research and she was able to answer the questions.

When she was announced as the winner she said, “I was completely blown away.”

Jayci is the daughter of Joni Halsema and Jamie Halsema. She is a freshman at Seeger High School this year.

Besides participating in 4-H, she is on the swim team and the golf team. She will also be a member of FFA this year.