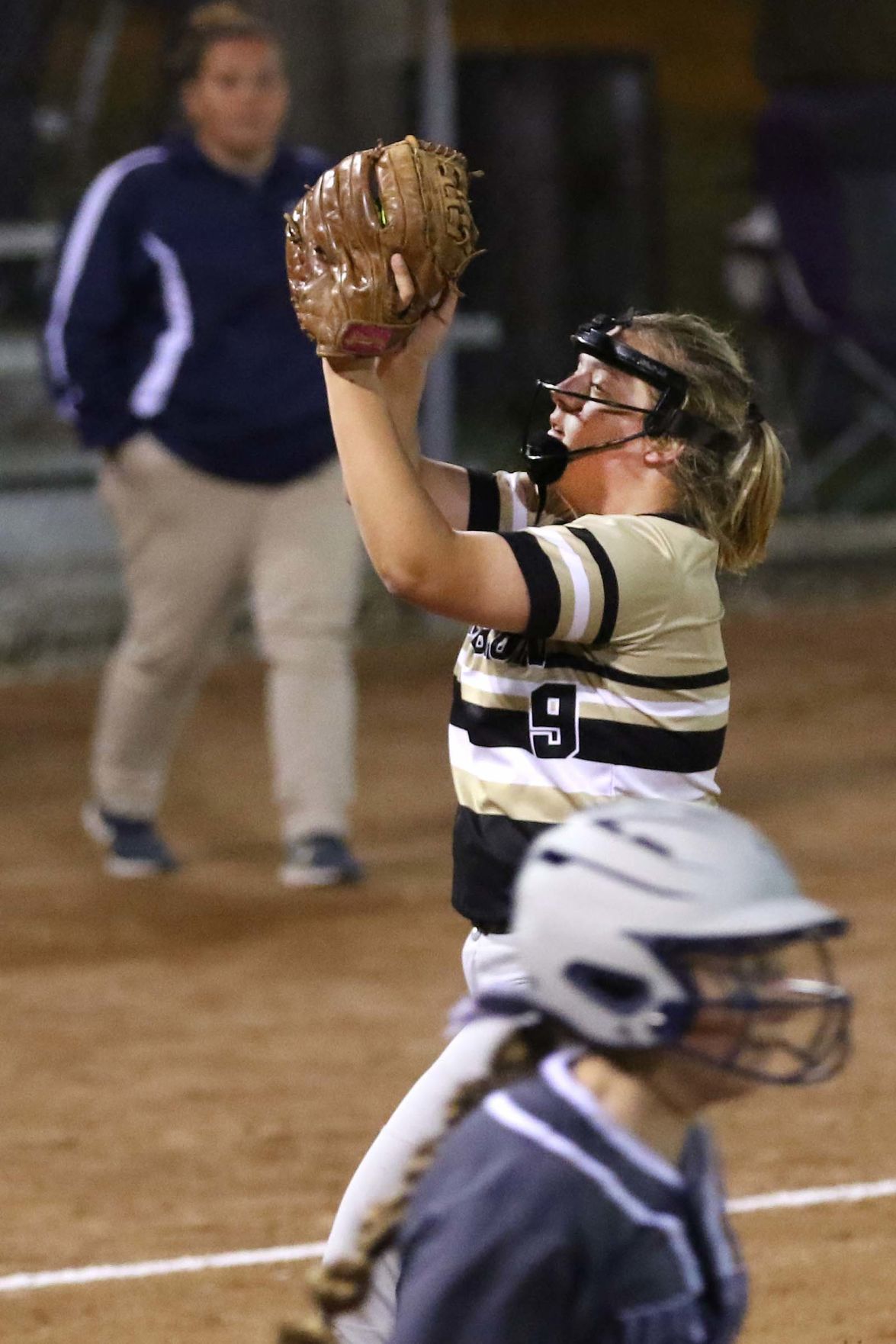 Kamryn Gerling of Covington catching a pop fly near the circle. 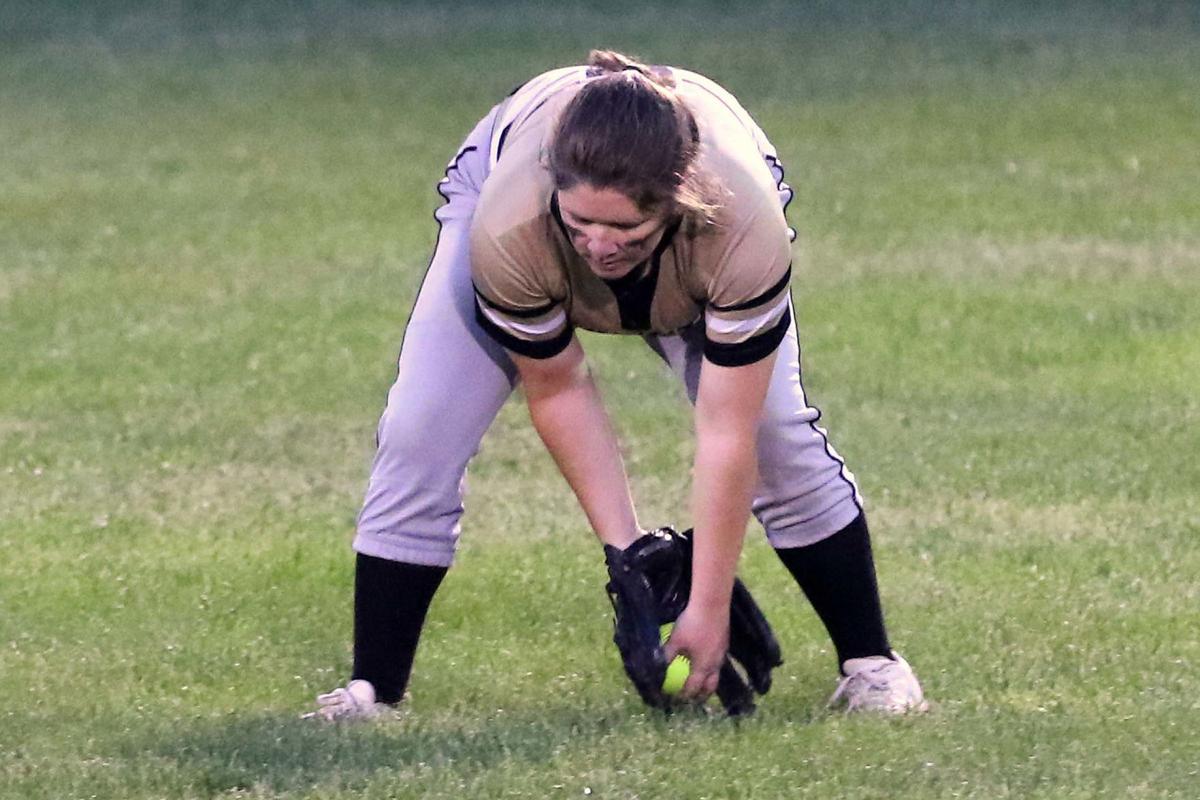 Lidia Hanson of Covington fielding a grounder in centerfield. 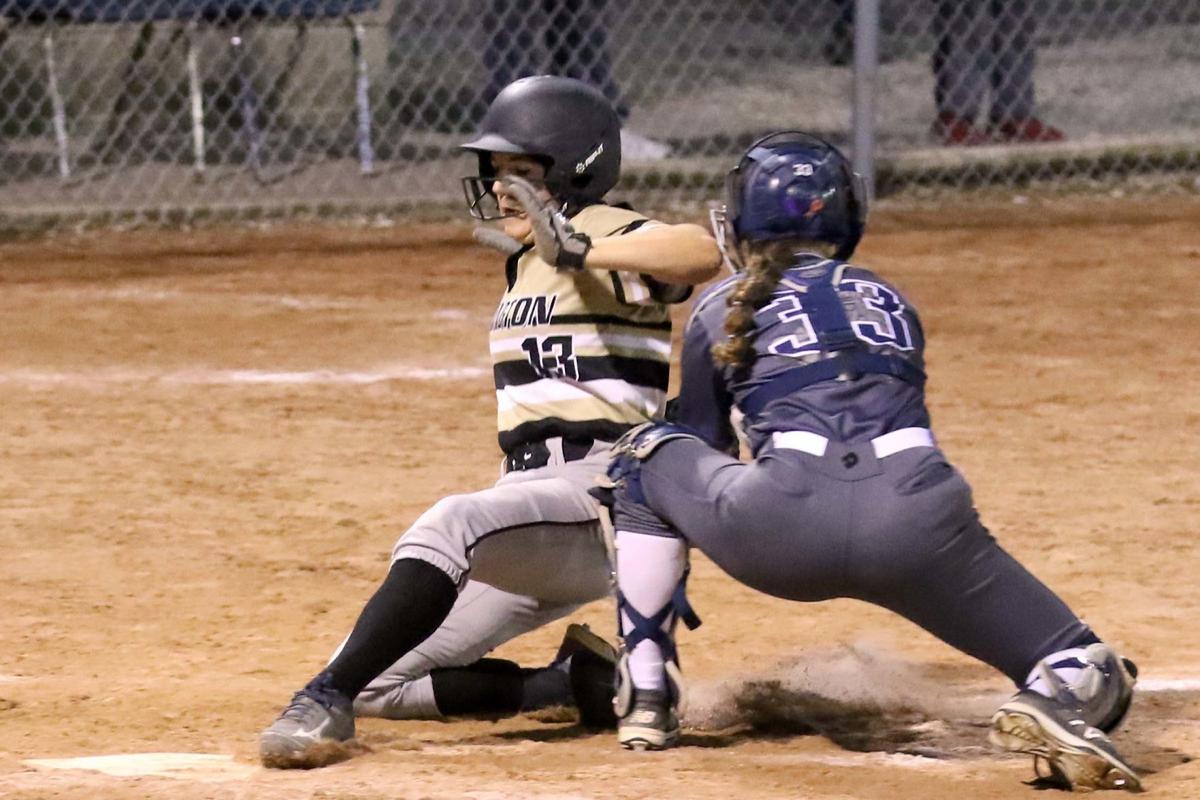 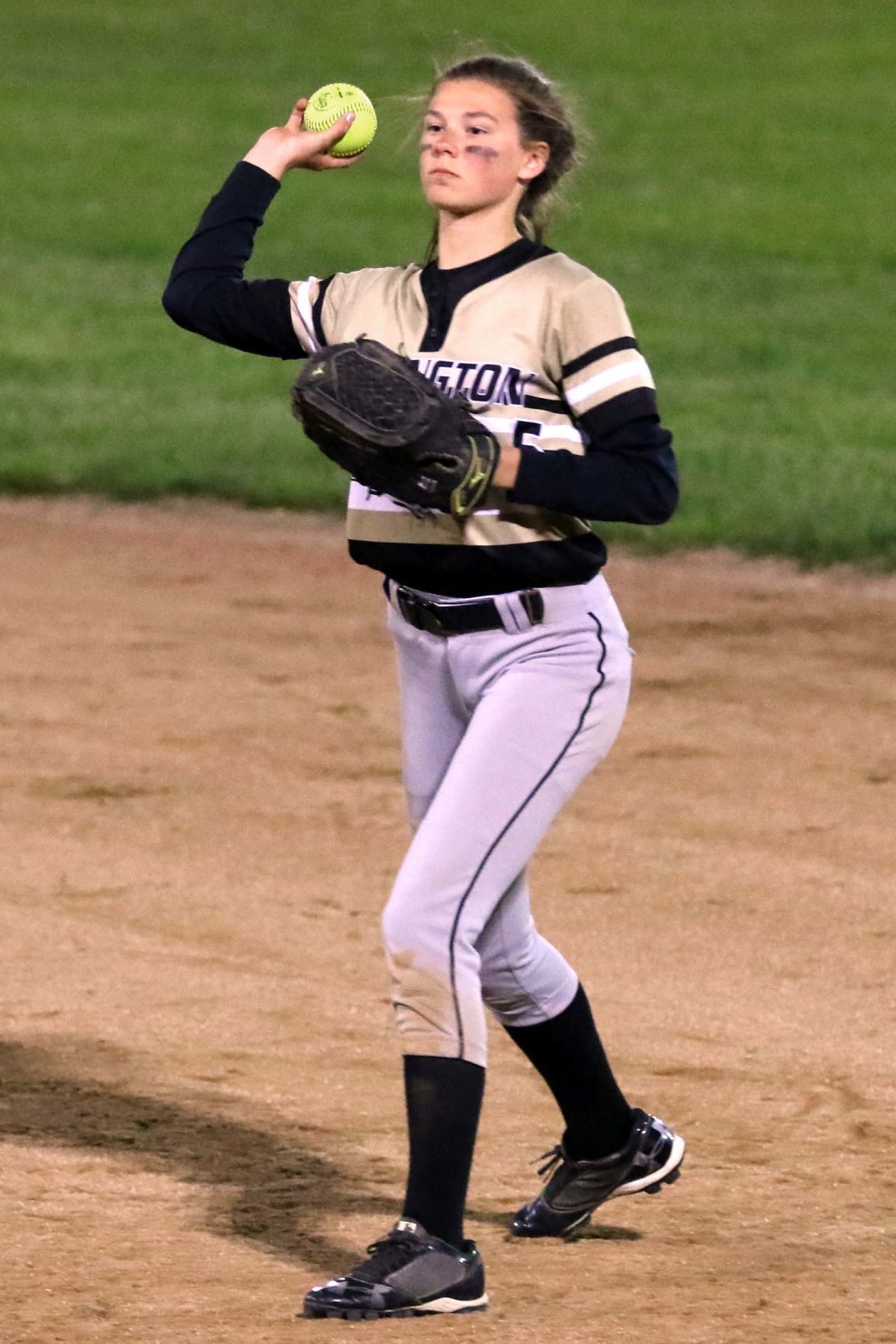 Holly Linville of Covington throwing to first base. 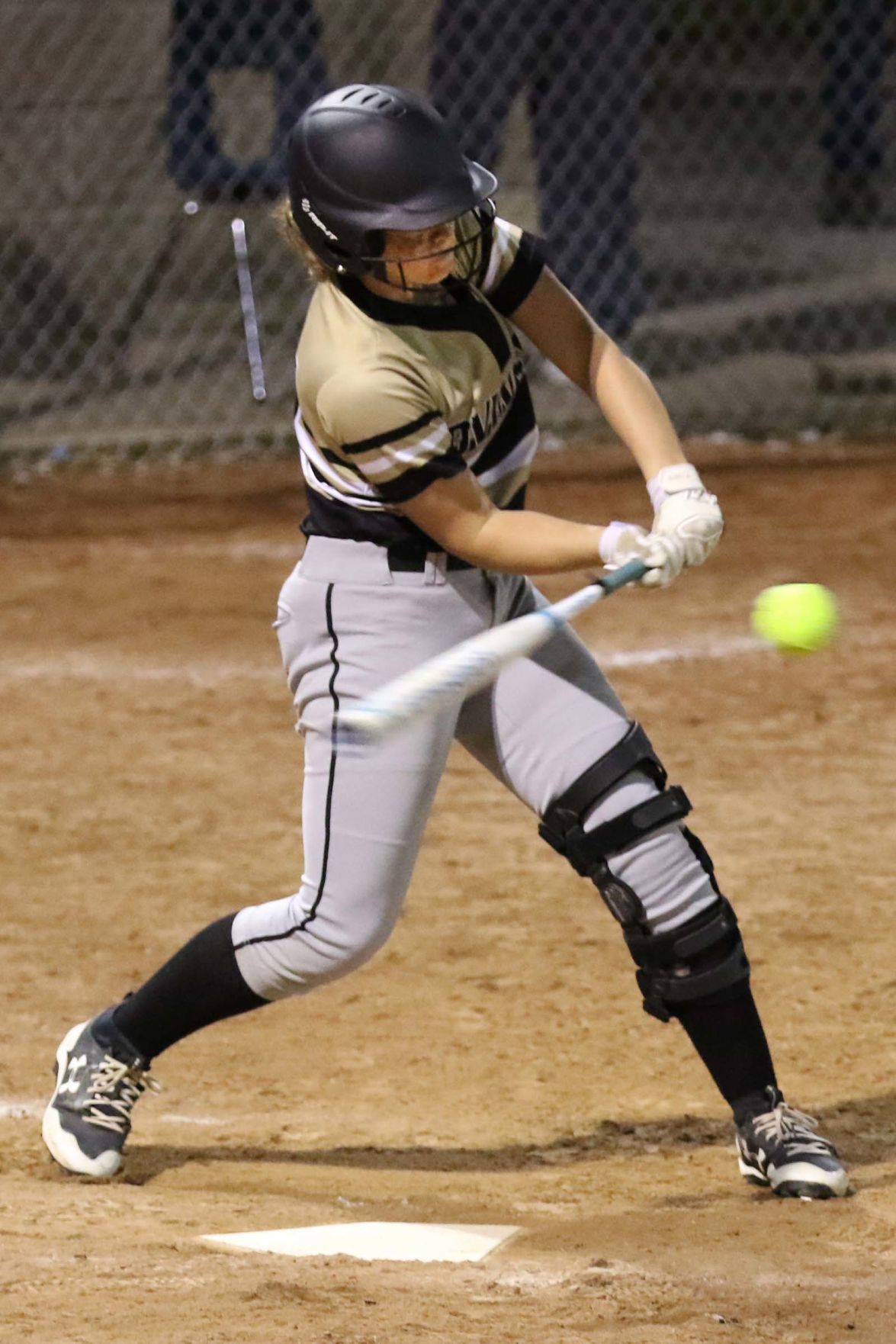 Corrine Moore of Covington hit an infield single for the last Trojan RBI of the game. 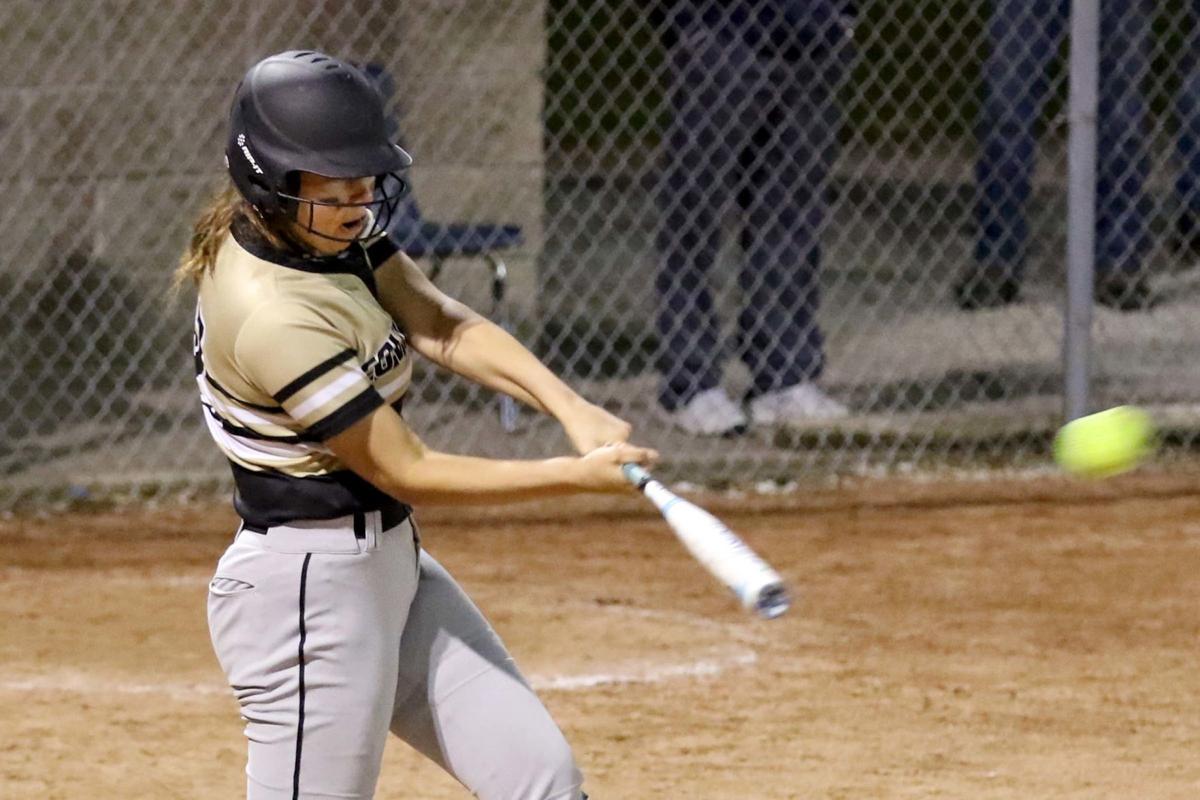 Kamryn Gerling of Covington catching a pop fly near the circle.

Lidia Hanson of Covington fielding a grounder in centerfield.

Holly Linville of Covington throwing to first base.

Corrine Moore of Covington hit an infield single for the last Trojan RBI of the game.

It had been a rough season for the Covington softball team as they would play well in one game, then turn around and do poorly in the next.

Adding to their woes was the fact that the IHSAA tournament draw put them up against Lafayette Central Catholic, a school who has seemed to have the Trojans number in about every sport the past few years until the volleyball team took down the Knights in the regional championship this past fall.

“We’ve come out flat a lot this year,” Ryan Sowers, the Covington head coach said before the start of the sectional. “We sometimes rebound from it, but sometimes we stay flat. We’ve got a young team and it shows.”

Coming into the contest with the Knights, the Trojans had lost a pair of games to Riverton Parke that Sowers described as “not exactly what we wanted the weekend before the sectional.”

If it had been hard to get ready to play for Covington at times this season, it did not look good for the squad when they had to wait two hours beyond the expected start of their game with the Knights because the first game of the night went 14 innings.

The team warmed up twice in an adjacent baseball field while other game dragged on, but eventually the Trojans were able to take the field for real, pre-game warmups.

It did not help as Covington started the game by making two errors that put runners on the corners for the Knights with no outs.

A singled followed to make it 1-0, but then the Trojans settled down behind the pitching of Kamryn Gerling and retired the next three batters.

Coming to the plate, Covington went down 1-2-3 on two groundouts and a strikeout to still trail by that 1-0 score.

Central Catholic threatened in the second getting a single and a double before Gerling got the next two batters to make outs.

Covington got their first hit of the game in the bottom of the second when Corrissa Remter led off with a double and then scored on a single by Shiann Haymaker to tie the game at one-all.

No one could get a runner past second for the next two-and-a-half innings until Covington picked up two runs in a most unlikely fashion.

Lidia Hanson hit a line drive that the Knight’s second baseman misplayed, allowing her to reach first – common enough – but then Remter came up and hit a line drive over the centerfield fence for a two-run home run that made the score 3-1 in favor of the Trojans.

What made such an event unlikely was that in the approximately 30 years that softball had been played on the Riverton Parke field, only three home runs had been hit out of the park until earlier in the evening when Ava Martin of North Vermillion hit two, including a walk-off in the 14th inning.

The home run by Remter meant that in one night, the total number of home runs had doubled from three to six, a topic that had fans and coaches of all four teams in attendance discussing it.

In the bottom of the sixth, Covington picked up some insurance runs – runs that they later would need to get the win.

Gerling singled, a pitch hit Holly Linville, and an error on a ground ball by Sheyanne LaMeau sent two runs across the plate.

Briley Peyton then came in as a pinch hitter and singled to make it 6-1.

Two quick out followed but they moved Peyton to third from where she scored the seventh run of the night on a single by Corinne Moore.

Central Catholic started the top of the seventh with a walk and a Trojan error that should have put runners on first and second with no out, but leadoff batter tried to reach third, failed and became the first out of the inning.

A single and a ground out followed that put runners on second and third with two outs, but then the Knights scored on a double for a 7-3 tally.

That meant those “insurance runs” paid off for Covington as their early three runs were not enough, but the ensuing batter struck out to end the game and send the Trojans into the semifinal against North Vermillion.