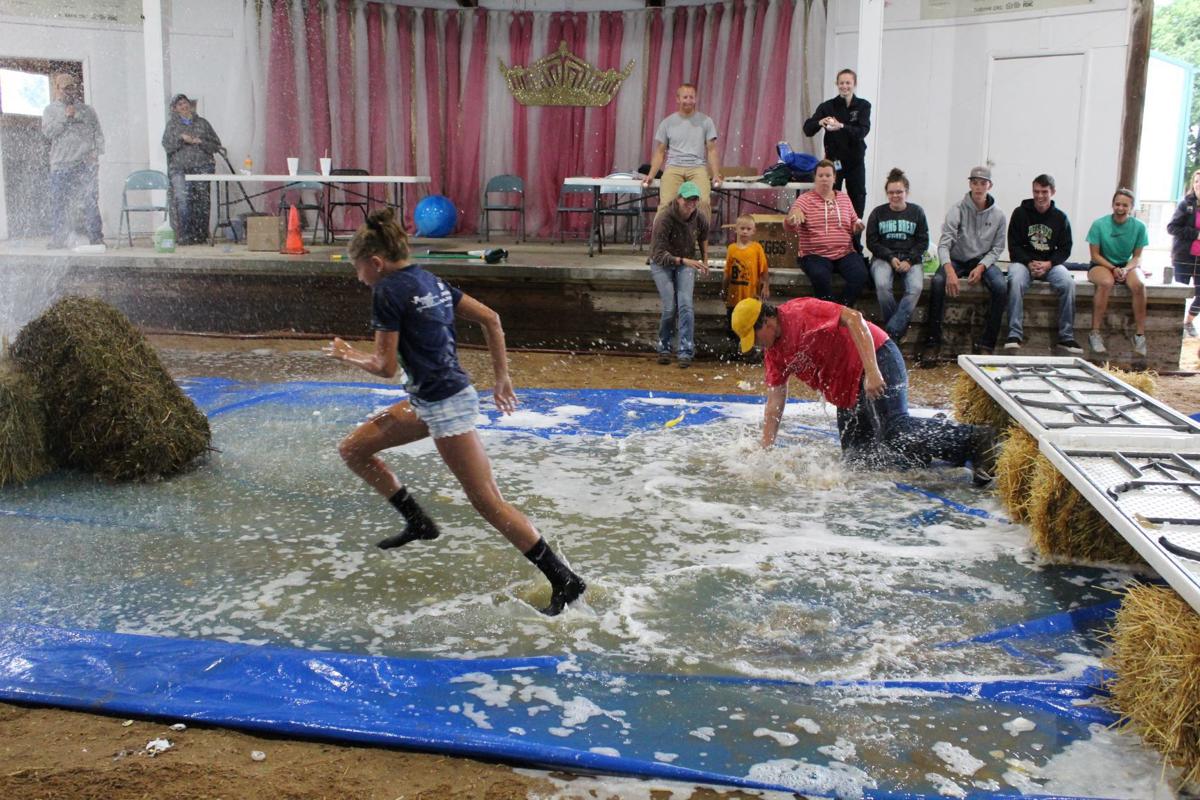 4-Hers compete in the 2018 Battle of the Barns competition. 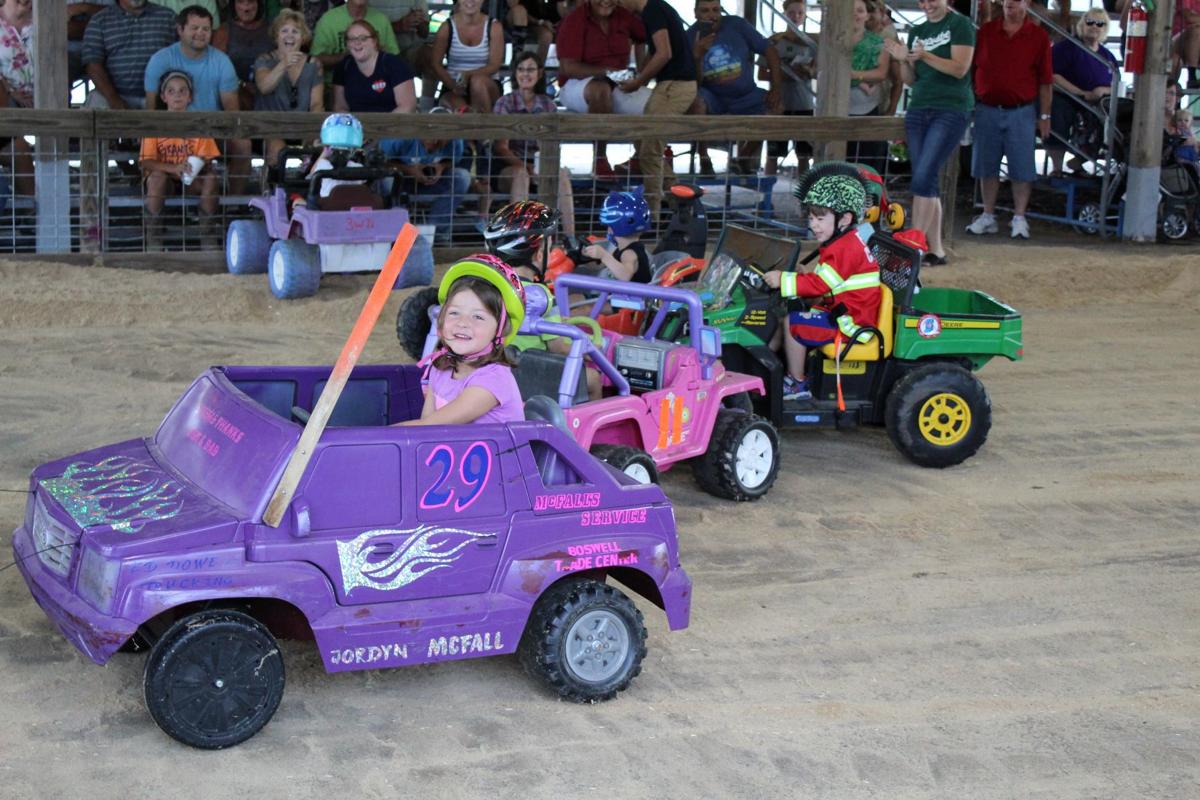 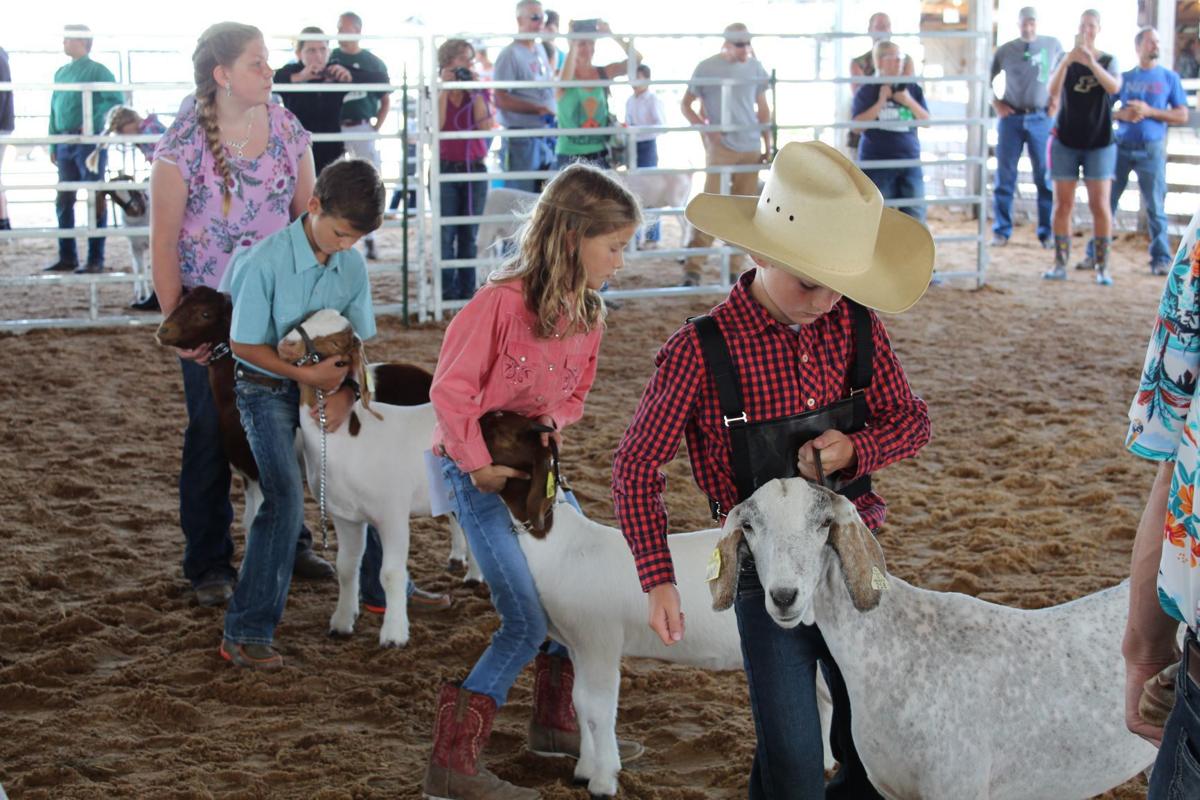 4-Hers position their goats during the 2018 goat show.

4-Hers compete in the 2018 Battle of the Barns competition.

4-Hers position their goats during the 2018 goat show.

As the summer heat builds, so does the anticipation for the Benton County Fair. For one week each year, people get to indulge in novelty fried foods, in the cool taste of a lemon shake-up, and the delicious elephant ear that coats fingers in cinnamon sugar. For one week, fairgoers get out their nicest plaids and boots and a barn becomes a home as they prepare themselves and their livestock for showing. For one week, work becomes play.

The Benton County 4-H Fair is fast approaching. Running July 17-22, the fair is a place where people of all ages can learn and have fun. A Benton County tradition since 1871, the fair still hosts those 4-H events people have come to know and love – the livestock shows and auction, namely the swine show, Benton County’s biggest event, at 4 p.m. July 20, the Miss Benton County and Jr Miss contests at 8 p.m. July 17, and the opening of the exhibit building where the creative and intellectual work of the county’s 4-Hers are on display.

These long-standing events will also be joined by newer ones. The Benton County Soil and Water Conservation District sponsors a free fishing derby at 5 p.m. July 18. Participants are grouped by age and compete to catch the biggest fish; last year 40 kids participated. For younger fair-goers, the Power Wheels Derby will return for the third year at 6:30 p.m. July 18. The young participants will often decorate their battery-powered cars prior to the race. The Purdue Extension office has revamped the Sprint & Stroll that takes place at 8 a.m. July 20, adding a relay sprint in addition to the one mile run/walk. Sprinters will gather a team of four, each person running a 150-meter leg, the 150 meters aligning with the celebration of Purdue University’s 150th anniversary. New this year is the KOI Drag Racing event on the July 18. The fair will host KOI, a dirt drag racing company, who will put on a show from 7-11 p.m.

There is also, of course, the food. One can expect traditional fair food, and the 4-H food stands will once again be open. The first big food event is the fish fry at 5 p.m. July 17. The fry is organized by the county fair board and proceeds go to facility and grounds upkeep. There will also be two breakfasts, the Castongia’s Breakfast at 7 a.m. July 19, and the BC Band Pancake Breakfast at 7 a.m. July 20.

Yet, even with all these exciting events, we can’t forget why we’ve all come together. The county fair is a celebration of the 4-Hers, the 238 3rd-12th graders, and the 75 Mini 4-Hers, the kindergarter-second graders, who have put in countless hours over the year to work with their livestock and to create and develop exhibition projects. The fair is their showplace, their chance to show us all how much they’ve learned and what they’ve created. This celebration culminates during the fair’s final evening. On July 21 at 2 p.m. five 4-H members compete in the Supreme Showmanship contest, each competitor having won the showmanship award in the horse, goat, sheep, swine, or cattle shows. This event is a testament to how hard these 4-Hers have worked on their livestock projects. Following this event, the 10-year 4-H members are recognized and a group picture of all the 4-H members is taken. The evening ends with the Battle of the Barns, a relay competition between teams composed of members in the same project or the same livestock barn.

Some sun in the morning with increasing clouds during the afternoon. High 77F. Winds S at 10 to 15 mph.