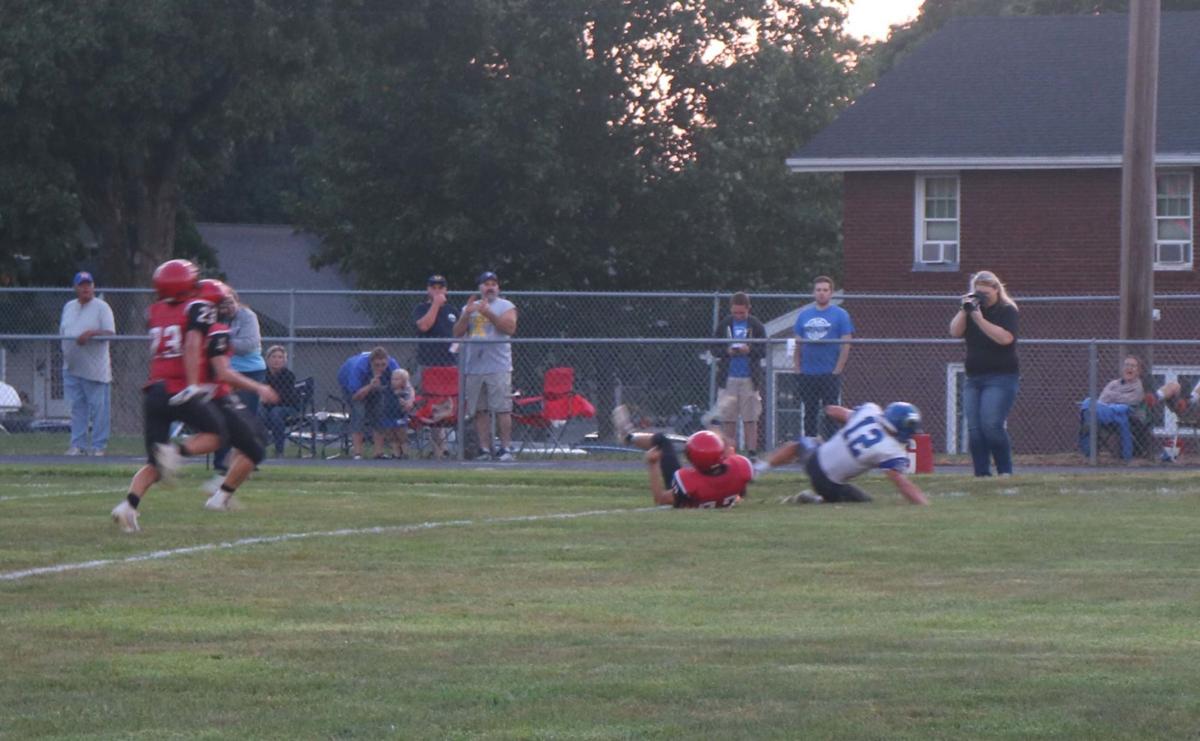 North Vermillion Falcon Wyatt Reynolds takes the ball into the end zone for the first touchdown of the game. 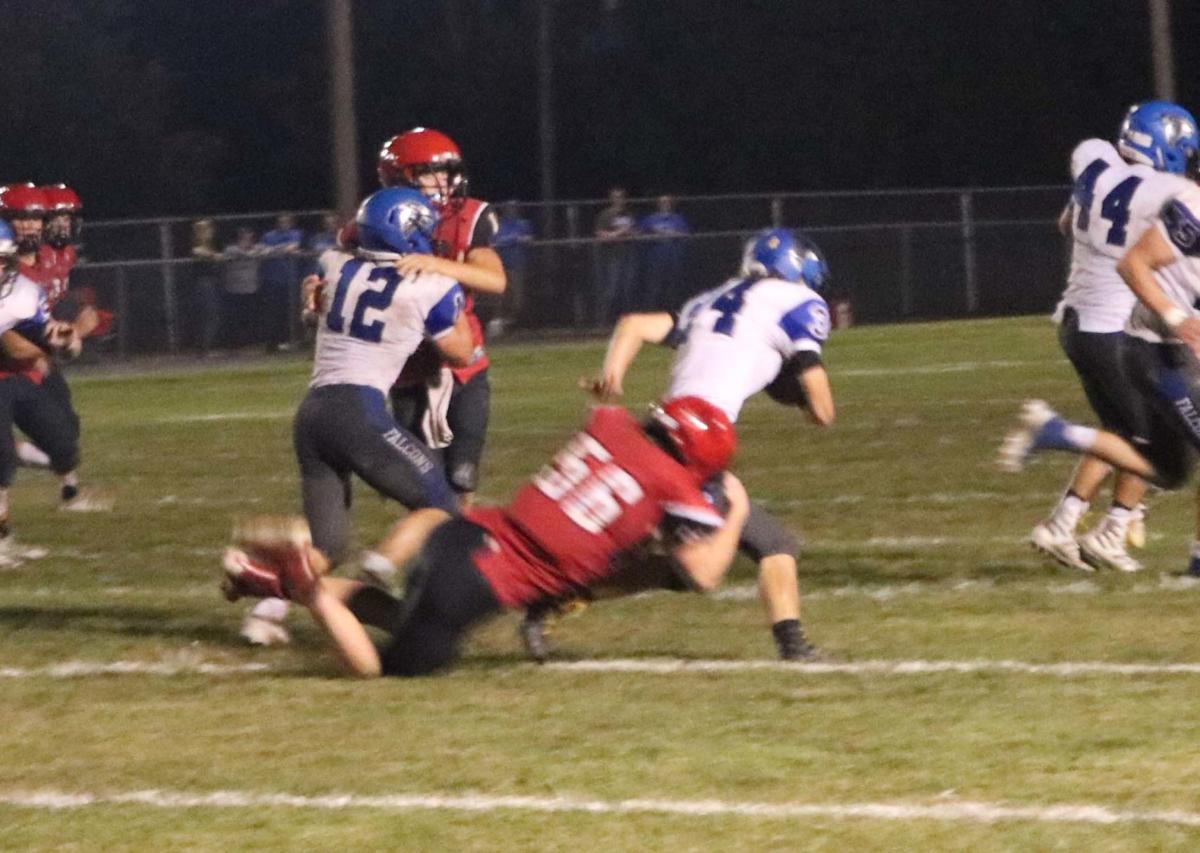 North Vermillion Falcon Wyatt Reynolds takes the ball into the end zone for the first touchdown of the game.

It was a hard battle for the Attica Red Ramblers against the North Vermillion Falcons, but ultimately the Red Ramblers lost 14-21.

Attica head coach Ryan Good said, "It was a good battle between two good teams. They made less mistakes than we did. It was a battle of positions and we didn't complete on them like they did."

The first quarter was a quiet one, with no score put on the board.

The battle began in the second quarter.

North Vermillion's Wyatt Reynolds scored first in the first two minutes, and the extra point was made.

About five minutes later, Attica's Zach Black took the ball into the end zone and scored an extra two points.

With less than two minutes left in the quarter, Reynolds again scored and the extra point was made.

It was a scoreless third, before the teams ramped up the play for the final quarter.

Within two minutes a pass was thrown to Attica's John Britt, but it was intercepted by Lucas Cook in Attica's end zone.

A few minutes later, Falcon Josh Little intercepted a Rambler pass and took it to the Falcon 40.

After another Cook interception he took the ball in for six points at the 3:55 mark. Extra point was made.

It was answered by Britt with a 1:28 on the clock, when he caught a 20 yard pass in the end zone. The Red Ramblers tried for an extra two points, but got a penalty call for a false start. The ball was taken back 10 yards, when they couldn't capitalize to gain an extra point.

Falcons head coach Brian Crabtree said of the game: "These are two good football teams. They actually played harder than ours did, and they deserve to win.

"It's going to be a long week of practice. Ultimately, our players mistakes come back on me because I didn't coach them hard enough.