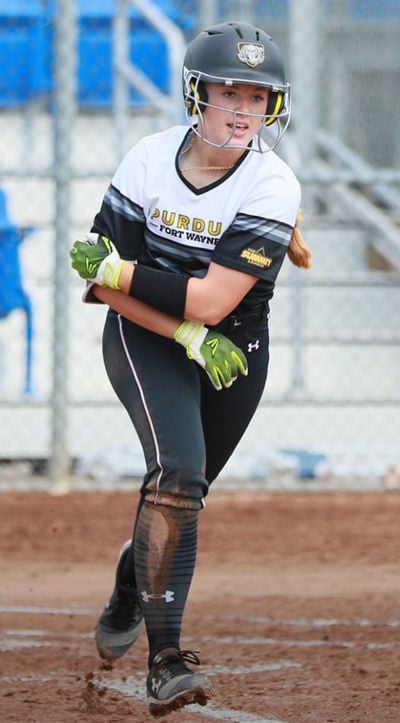 Both players — Swart at Purdue University Fort Wayne and Maple at Marian University in Indianapolis — enjoyed terrific starts to the 2020 spring season before the COVID-19 pandemic forced colleges to close until the fall.

Maple, meanwhile, was off to a memorable start in her sophomore season at Marian, leading the team in earned run average (1.91) as well as strikeouts (28 over 22.1 innings pitched), appearances (10), saves (3) and opponent’s batting average against (.165).

The Knights enjoyed a 10-2 start, with Maple owning a 2-1 mark, before their season was canceled.

Maple and Swart were battery mates on two Class 3A state finalist teams at Kankakee Valley. Maple owns many of the school’s pitching marks and several hitting records, while Swart is among the school’s all-time leaders in hits, average and runs.

Partly to mostly cloudy skies with scattered thunderstorms during the evening. A few storms may be severe. Low 51F. Winds WNW at 10 to 20 mph. Chance of rain 50%.