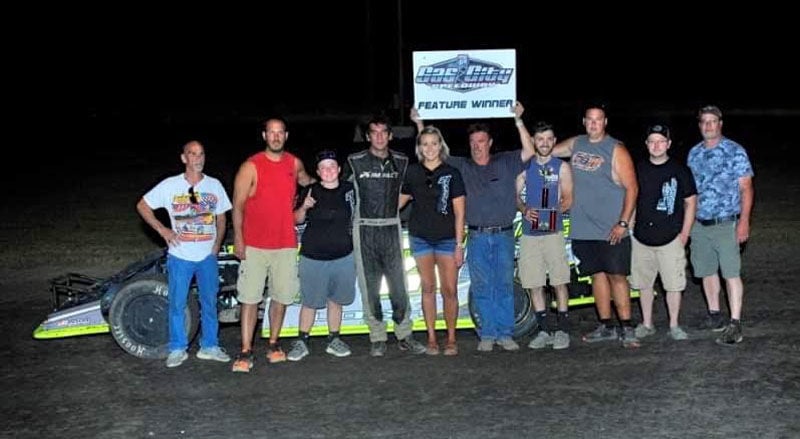 Derek Losh of Rensselaer was the Modified champion at Gas City Speedway’s first race of the season on June 19. 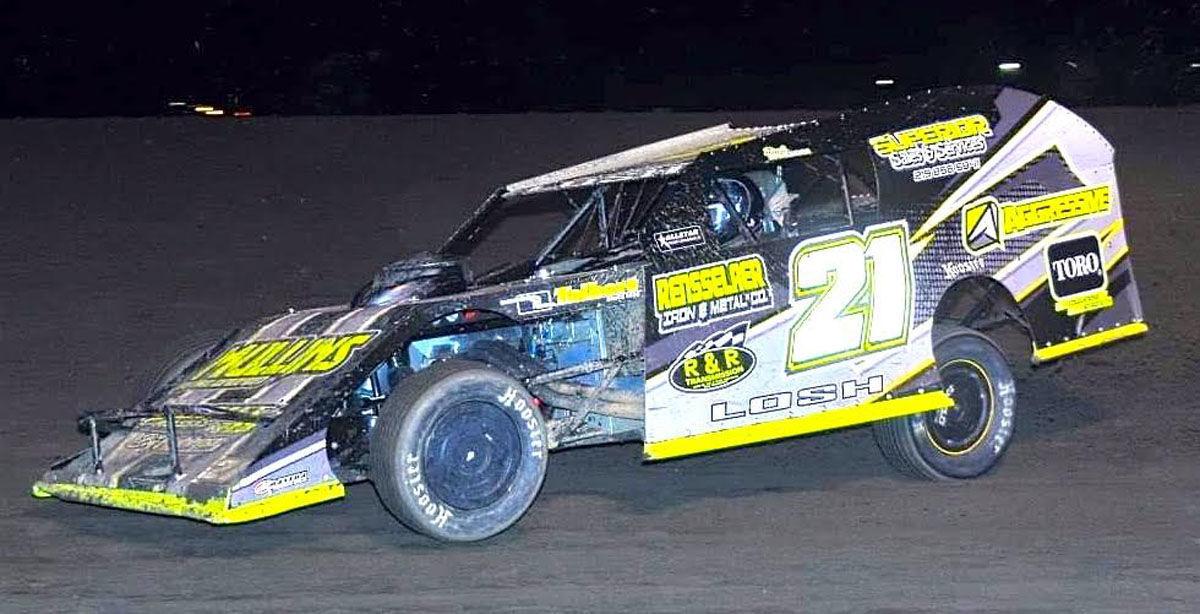 Derek Losh of Rensselaer was the Modified champion at Gas City Speedway’s first race of the season on June 19.

GAS CITY, Ind. — Derek Losh of Rensselaer had to pass Zeke McKenzie twice and then hold off Josh Morton at the checkered to win the 25-lap modified feature at Gas City I-69 Speedway Friday night.

It was the headliner of the “Tin Roof Spectacular,” the quarter-mile dirt oval’s first Friday night show of the season.

Attrition was the name of the game in the 20-lap street stock feature. Bill Bradley led the final two laps to snag the victory.

The winningest driver in track history, James Headley, led all 15 laps of the hornet feature to cap the show, which was over by 11:15 p.m.

Shane O’Connor had a great start to lead into Turn 1 on the initial lap of the modified feature. However, polesitter McKenzie wrestled the lead away from him to lead the first lap, which saw McKenzie, O’Connor and Losh three abreast at the flagstand. Losh leaped into second on lap two and then passed McKenzie working lap three to head the field for the first time. Losh set the fastest lap of the race on lap six but McKenzie, of Claypool, Ind., still took the lead from him on lap seven and then held it through lap 13, although Losh remained just three-tenths of a second back.

After a yellow for Aaron Orr’s spin with 13 laps down, McKenzie suffered mechanical difficulties in Turn 1 on the restart and headed to the pits. That gave the lead back to Losh, with O’Connor second. O’Connor dropped out on lap 17, however, which gave second place to Morton, of Piqua, Ohio, who was 3.380 seconds behind Losh at the checkered. Ryan Sutter of Coldwater, Ohio finished third; defending track champion Scott Orr of Columbia City, Ind. placed fourth, and Michael Tarlton of Albion, Ind. finished fifth.

The winning car, an XR1 Rocket by Ruhlman with a Mullins Race Engines-prepped engine, is owned by its driver and Russ Losh, both of Rensselaer, Ind. It’s sponsored by Superior Sales and Service, Aggressive, R & R Transmission, Rensselaer Iron and Metal, and Talbert Manufacturing. Avery Dunlap, also of Rensselaer, is the winning chief mechanic.

Last year, Losh, 34, won 18 of his 36 starts in races in Indiana and Illinois. He won the modified division at the Gateway Dirt Nationals in St. Louis, besting 50 other drivers to claim the top prize at the Dome of America Center, which was once home to the NFL’s St. Louis Rams.

Leffel, of Springfield, Ohio, started on the pole in the D2 midget feature and led the first nine laps before Adam Taylor of DeMotte took command. Taylor set the fastest lap of anyone in the race on lap 10 while leading.

Taylor led on both of those restarts and on lap 18, but on lap 19 he unexpectedly stopped in Turn 4 with mechanical woes and dropped out. That gave the lead back to Leffel, who brought his car home first. Chett Gehrke, of Bardtown, Kentucky, came on strong to move into second on lap 19 and take the checkered just milliseconds after Leffel did. Denney, who is Leffel’s teammate, battled back for third. Cory Guingrich of Celina, Ohio, placed fourth and Stratton Briggs of Anna, Ohio, finished fifth.

The street stock feature was filled with changing fortunes and a lot of attrition. D.J. Holt of Marion, the 2018 thunder car champion, started second and led three-quarters of the race. His car was smoking the last few laps that it led, however, and Holt was forced to pull into the infield working lap 16 and dropped out.

That gave the lead to Justin Long of Lima, Ohio for a few seconds, but Jeffrey Jessup snuck under him for the lead in Turn 4 to lead lap 16. Long got Jessup back at the end of the backstretch and led laps 17 and 18. Jessup was still in second when he spun on the backstretch on lap 18 and tumbled back to fifth. Bradley, of Van Buren, passed Long on the white-flag lap and went on to win. Long was second followed by Jerald Owens. Jessup got one spot back after his spin and finished fourth, while Jacob Owens came from deep in the field to finish fifth.

James Headley of Marion started second but blasted into the lead of the hornet feature as soon as the green waved and led all 15 laps. His biggest problem was lapped traffic, which he faced as early as lap two. The best battle of that race was the one for second, which went to Kaleb Hinkley of Angola over Gage Allen of Warren. Matthew Baker was fourth and Jason Spencer finished fifth.

Bryce Dues of Minster, Ohio, flipped in Turn 1 at the start of the second midget heat, but got out of his car under his own power. Jesse Arenas of Marion suffered a possible shoulder injury after he and Mark Casto, also of Marion, crashed in Turn 1 with one lap down in the hornet feature.

Modified driver Percy Gendreau of Connected Strategy Advisors (CSA) of Lima, Ohio, which provides consulting services for the automotive industry and epoxy coating for garage floors, gave $150 to the top rookie finishers in each division’s feature.

Friday night racing will continue on June 26 with the prestigious Jerry Gappens Sr. Memorial. The winner of the non-wing sprint car feature will earn $2,020. Modifieds, street stocks, hornets and winged outlaw micros will also be part of that big show.

Thomas Meseraull of Waveland, who went on to earn the track’s 2019 sprint car championship, was the sprint car winner last year.

Losh won the modified feature; David Short of Winamac, won the main event for street stock drivers; James Headley Jr. of Wabash won the hornet feature enroute to that championship, and Jac Nickles of Harrod, Ohio, was victorious in the micro-sprint feature during the Jerry Gappens Sr. Memorial in 2019.

The results involving local drivers include: