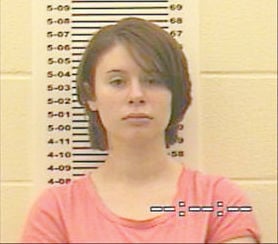 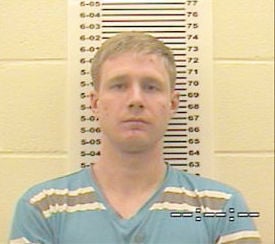 Michael Zylstra was sentenced to 30 years in the Indiana Department of Correction on Thursday March 1, for causing the death of his infant son, Ayden Zylstra. Michael Zylstra’s ex-wife, now known as Dannae Yozman, has been scheduled for a jury trial on April 10. Both Zylstra and Yozman were originally given several matching charges in this case, which eventually included neglect resulting in death, a level 1 felony.

The case began on March 2, 2017 when the Jasper County Sheriff’s Office received a 911 call about an infant unable to breathe. This call originated from the Zylstra residence in Wheatfield. When deputies arrived, they found the infant in respiratory distress and initiated CPR until Wheatfield medics relieved them.

The infant was initially taken to Porter Regional Hospital in Valparaiso. But due to his critical condition, he was soon transferred to Comer’s Children’s Hospital at the University of Chicago’s Medical Center.

Investigations later revealed that Ayden Zylstra died from head trauma and had evidence of prior injuries. Jasper County Sheriff Terry Risner said the nature of the injuries was made clear by the evidence.

“The child did have a healing injury,” Risner said, “so it had to have happened prior to the child’s death...The injury was a direct result from the parties that were charged.”

The initial medical examination revealed that his respiratory distress was caused by traumatic injury. Child Protective Services were then notified and informed the JCSO.

That same day, JCSO deputies and the Wheatfield Marshal executed a search warrant at the Zylstra residence due to the complaint. During this search, items commonly associated with narcotics and drug usage were allegedly found. This included residue of cocaine, methamphetamine and a mixture of heroin and fentanyl.

The couple were taken into custody at the Jasper County Detention Center the next evening, following a traffic stop on County Road 400 West. Charges were filed against them on March 4.

Both of them were each charged with four level 6 felonies. These included neglect of a dependent, maintaining a common nuisance, possession of methamphetamine and possession of cocaine or a narcotic drug. Both also received a class C misdemeanor for possession of paraphernalia. They were held on a $12,000 surety bond or a $1,255 cash bond.

Around that that time, an extensive joint investigation began, which included the Wheatfield Police Department, Jasper County Sheriff’s Detectives and the Forensic Pathologist of the Cook County Medical Examiner’s Office.

On July 21, 2017 new charges were filed by the Jasper County Prosecutor based on that investigation. The couple’s matching charges now included neglect of a dependent resulting in death. New warrants were issued for them, and these were both executed on the same day.

Michael Zylstra, still in custody for the previous charges, was arrested for the new charge and placed under a $300,000 surety bond or a $30,000 cash bond. Dannae Yozman, who had been released on bond for the previous charges, surrendered herself to the sheriff’s officers and was held under the same increased bond requirements. Zylstra and Yozman’s divorce was finalized in December 2017.

Jasper County Circuit Court Judge John Potter sentenced Zylstra to 30 years in the Indiana Department of Correction, as part of a plea agreement between Defense Attorney Robert Monfort and Deputy Prosecuting Attorney Joseph Morrison. As part of that agreement, the charge of neglect of a dependent resulting in death was upheld, and the additional charges against Zylstra were dropped.