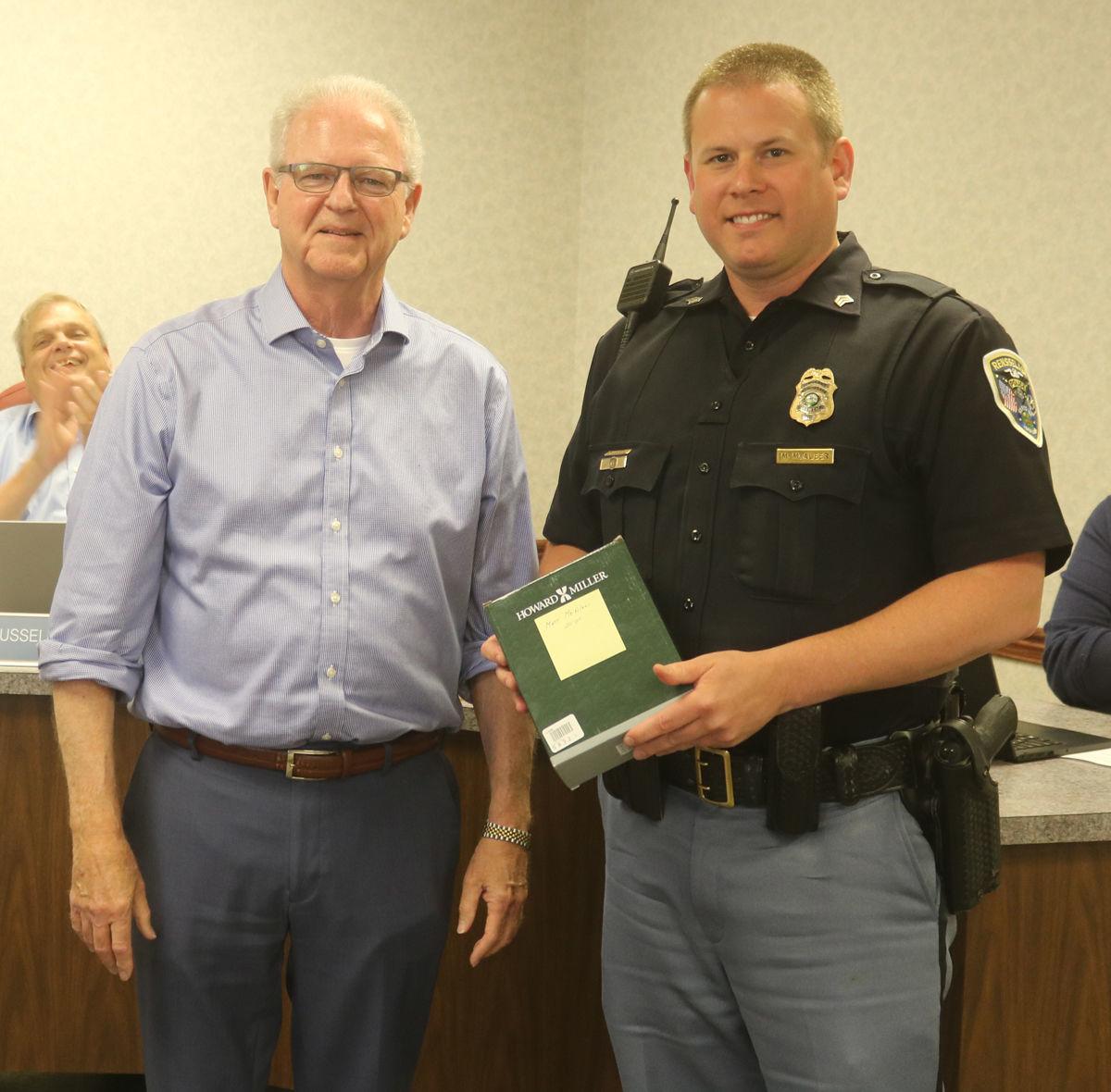 Matt McAleer of the Rensselaer Police Department was recognized for his 20 years of service to the city by Mayor Steve Wood Monday. 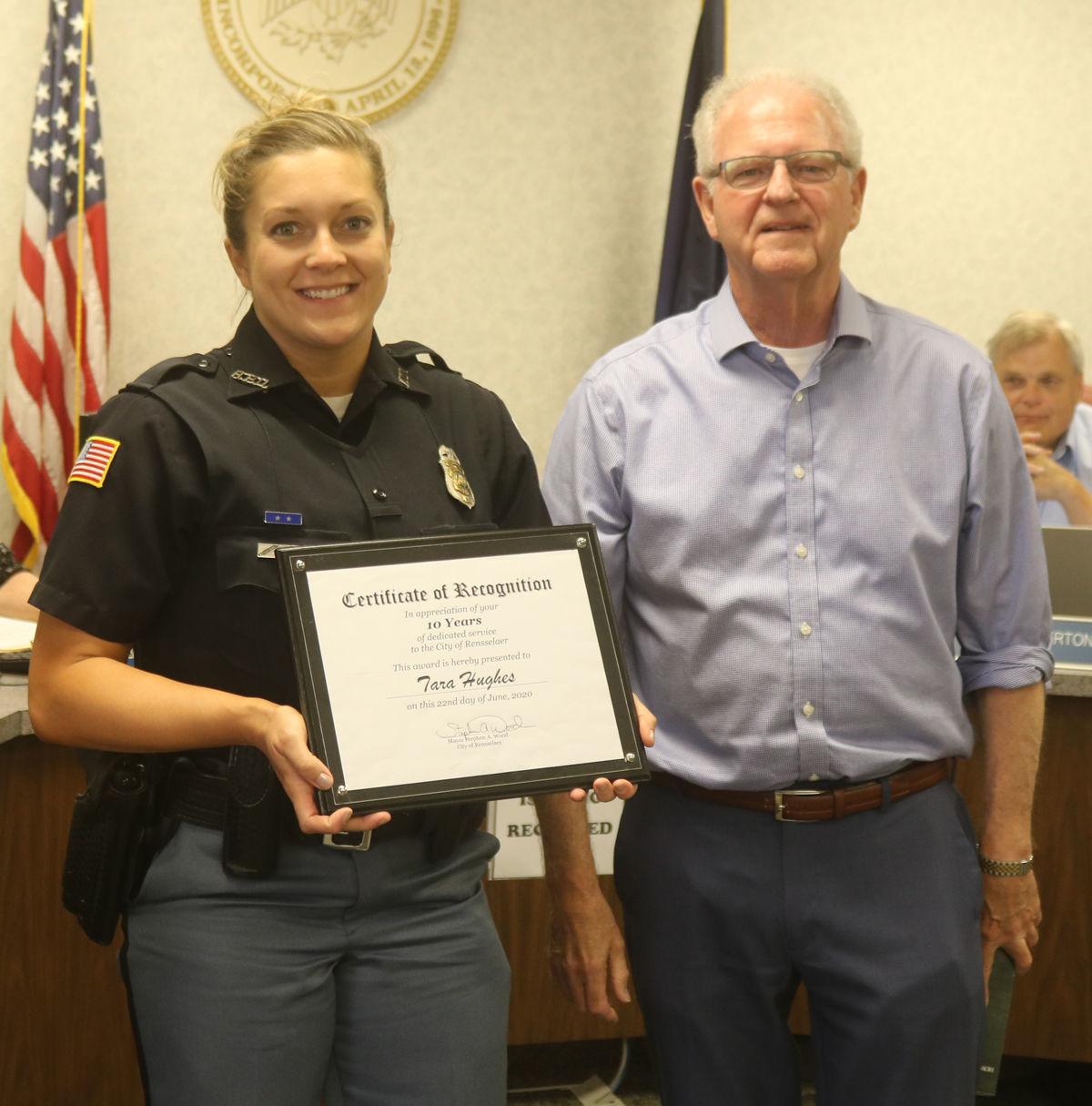 RPD officer Tara Hughes were honored for her 10 years on the department by Mayor Steve Wood Monday.

Matt McAleer of the Rensselaer Police Department was recognized for his 20 years of service to the city by Mayor Steve Wood Monday.

RPD officer Tara Hughes were honored for her 10 years on the department by Mayor Steve Wood Monday.

RENSSELAER — The City of Rensselaer has hired a consultant to evaluate the trash sticker program.

The program, which began in the 1990s, requires residents to purchase stickers for each of their garbage bags and containers at a cost of $3 per sticker.

“There has been a proposal to invoice a flat rate for trash pick-up instead of customers purchasing stickers,” Mayor Steve Wood said in the city’s newsletter for May. “No final decision has been made on rates, but we will continue to keep everyone updated on social media and in the next newsletter.”

For the first time since April, Wood and the city council held an in-person meeting Monday afternoon in the City Hall Chambers to tackle a handful of requests and appointments. They also presented service recognition awards to police officers Matt McAleer and Tara Hughes.

Ryan Musch, of the REN ART WLK committee, asked for the council’s approval to close the alley from Front Street into Van Rensselaer and ending at Cullen for the ART WLK, which is set for Sunday, June 28. It will conclude on Saturday, July 4.

Council members approved the request but only after ART WLK organizers meet with street superintendent Jerry Lockridge to coordinate trash/recycling pick-up services during that week.

The council also approved the dispersement of up to $1,500 for city departments’ third annual picnic at Brookside Park this summer. The money will be used to purchase food and drinks.

McAleer also asked the council for $300 from the city’s public relations fund to provide nourishment to the city’s first responders and employees from other areas scheduled to work Rensselaer’s Cruise Night, which is set for Saturday, July 11.

Local restaurants usually provide food and drink donations for the evening, but due to the COVID-19 pandemic, restaurants are still trying to get back on their feet, McAleer said. Council members approved the request.

Meanwhile, city offices will be closed Friday, July 3, in recognition of the July 4 holiday.