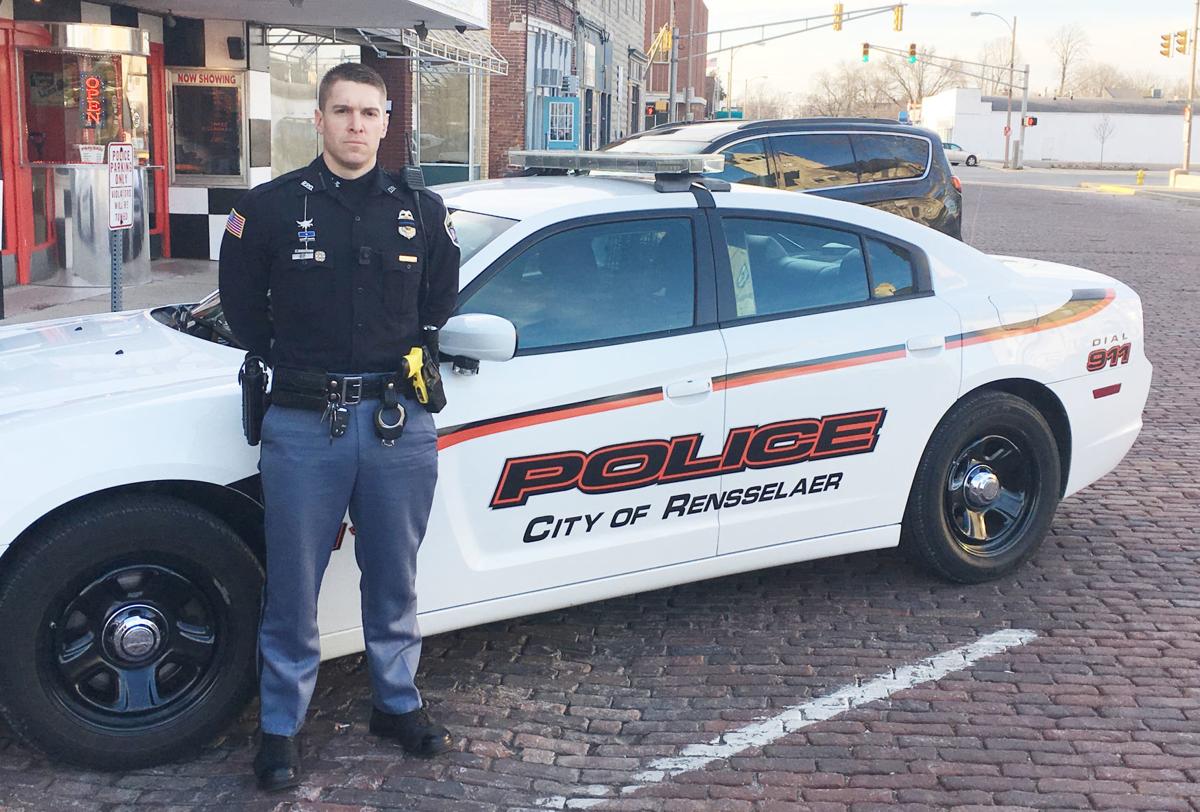 Master Patrolman John Davis has been with the Rensselaer Police Department for seven years. 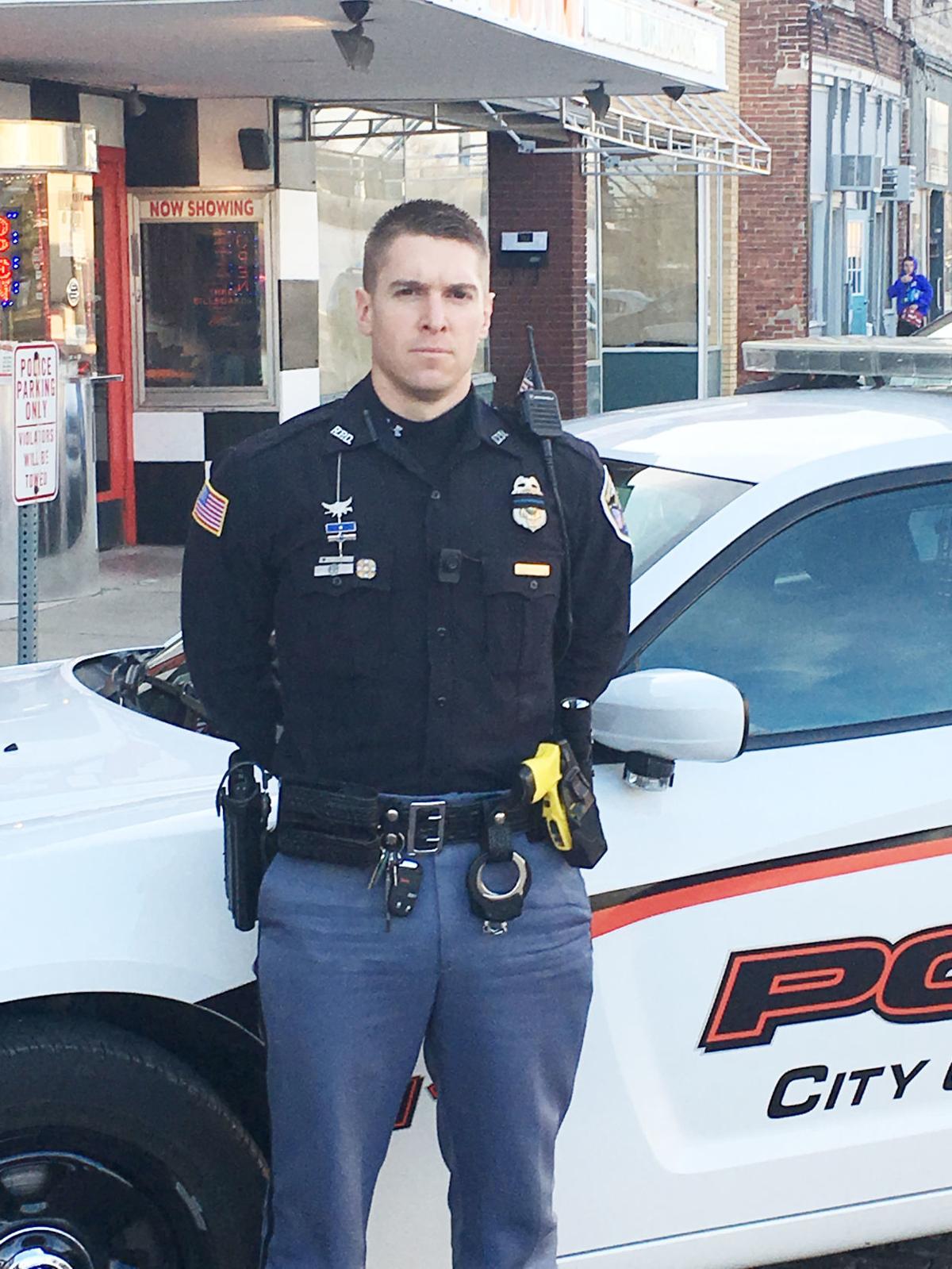 Officer John Davis has been with the Rensselaer Police Department for seven years.

Master Patrolman John Davis has been with the Rensselaer Police Department for seven years.

Officer John Davis has been with the Rensselaer Police Department for seven years.

Master Patrolman John Davis has spent nearly a decade with the Rensselaer Police Department. In that time, he has led and been a part of several unique groups in city and county law enforcement.

Davis was born and raised here in Rensselaer. He graduated from Rensselaer High School in 2005. Afterwards, he attended college at Ivy Tech Community College with a major in Criminal Justice Science. Afterwards, he went through an application process with the RPD and was hired in October of 2010. Davis spent a little over four months training in the Indiana Law Enforcement Academy in Plainfield before officially becoming a third class patrolman.

He said he is the first one in his family to enter law enforcement and cannot recall exactly when the idea of joining the police first occurred to him.

Davis is currently in charge of the department’s local Operation Pull Over program, as well as being part of the Jasper County Sheriff’s Tactical Squad since 2014. The second group is made of officers from both the city and the county.

“Basically, it’s the county SWAT team,” Davis said. “But there’s three officers from our department that are on the team with Sheriff’s deputies.”

He said he and other officers essentially share roles and are assigned what duties they will perform on basically a case-by-case basis. A separate hiring process, with specific guidelines, is required for the team.

“We all pretty much work together,” he said. “…Some guys that I know that work well with the county asked me to apply…They thought I’d do well, so I applied.”

The Operation Pull Over Program is a state grant program for periods of increased impaired and/or dangerous driving patrols during festive seasons or holidays.

“It varies by departments,” he said. “Basically it’s a grant program that lets officers work extra patrols…Our department will have, I think, five or six officers working it.”

Davis’s duties consist of communicating with the state representative handling the program. He will compose a report based on information from arrests during the periods when the program is active an then submit them to the state.

“They basically keep track of how many citations were written, warnings, how many OWI arrests each department has.”

The value of the grant varies by the year.

“It’s basically a grant for a year,” Davis said, “and it gets broken up into the four Pull Over times that are split up, and then you kind of have to even out hours for each one.”

Other times for the program include the end-of-the-year holidays, Memorial Day and portions of the summer season.

Davis is also now one of four training officers for the department. And one night, several years ago, he had an experience that many rookie cops probably hope never happens to them.

In August of 2015, then-22 year old Travis Crawford attacked the RPD station building at night, throwing a brick through a squad car windshield and breaking out the front windows. Dispatcher Arin Denton saw Craford climb into the building and told Davis, who the only officer in the station at the time. After telling Denton to contact the Sheriff’s office, he went to confront Crawford.

Meanwhile, Crawford proceeded to break the dispatch area window, climbed through and attacked Davis. Denton later said the two of them fought for a few moments, during which Crawford tried to grab Davis’ pistol. Neither Davis or Denton could recall ever finding out what provoked Crawford to do what he did. And Davis could not remember how long their fight lasted.

“I have no idea,” he said. “I’m sure we have the times, but…It seemed fast when it happened.”

Sheriff’s deputies arrived later to assist at the scene. It notably took them less than 10 minutes to get to the station from Remington.

“It felt faster than that,” Davis said. “I thought they got here pretty quick.”

Davis managed to subdue Crawford and he, along with Denton, later received commendations for their merits that day. Davis credited the thorough training he and the other officers go through for helping him deal with the unique incident.

“I was trained pretty well,” he said. “…We go through training every year. So I just have to rely on that and deal with it as it is.”

Former Police Chief Jeff Phillips commented on the incident at the time.

“Nothing like this has ever happened in my 29 years,” he said. “It has made the dispatchers and officers uneasy. I would love to see Travis get help and eventually pay the restitution back to the City of Rensselaer.”

A police officer’s duties tend to include everything from the relatively mundane to the life-threatening and surreal. Being a hero might consist of being able to do it all equally well.

“After seven years, nothing really surprises you that much anymore,” Davis said.