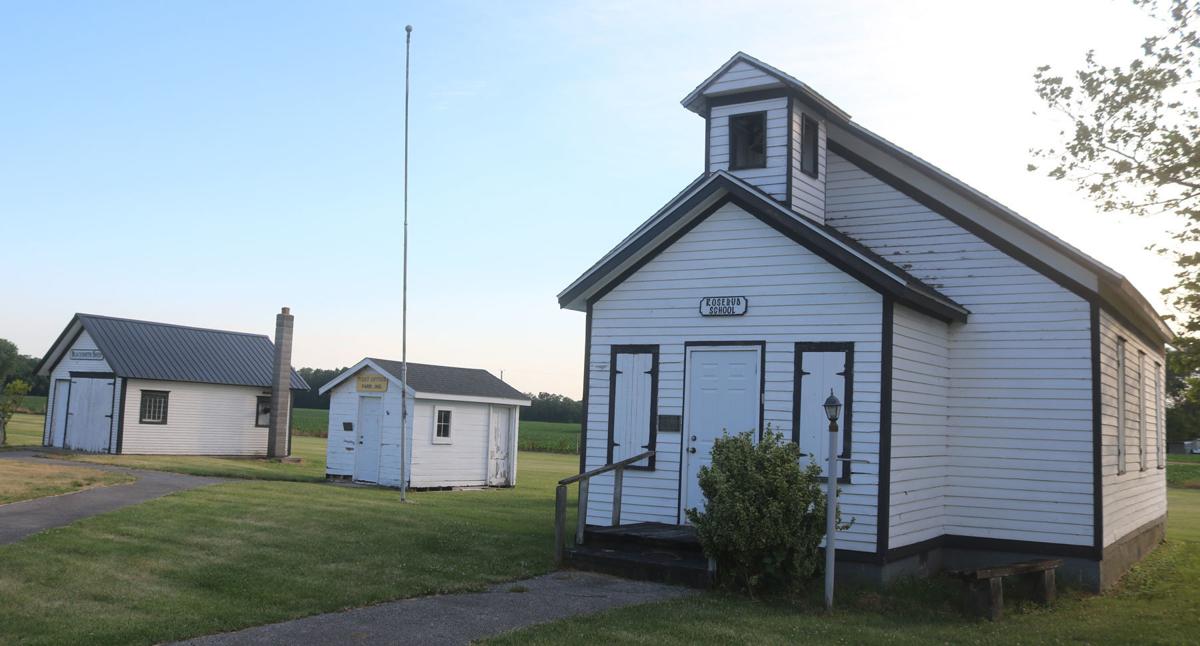 The old Parr Post Office, considered the smallest in the U.S. when it was active, is nestled between a former schoolhouse and blacksmith shop at the Jasper County Fairgrounds. 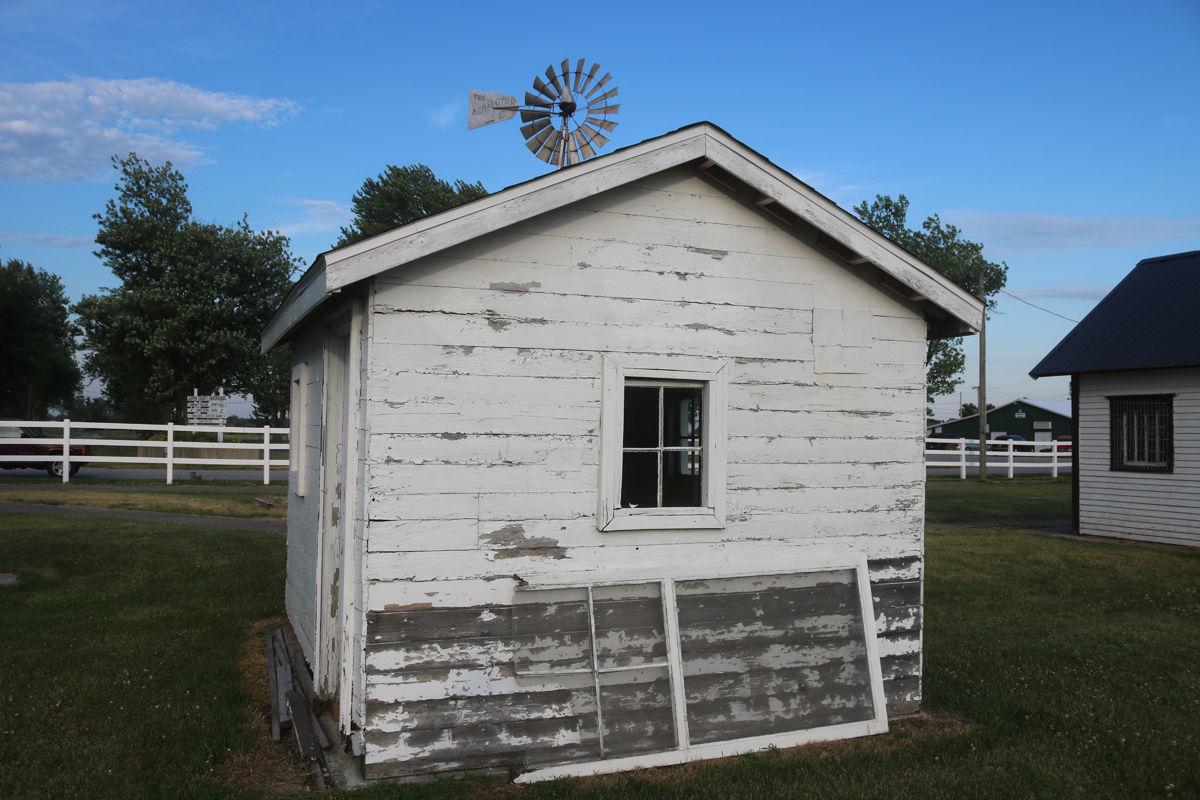 The Parr Post Office building has seen its share of upgrades over the years, but the outside is in need of some TLC as well. 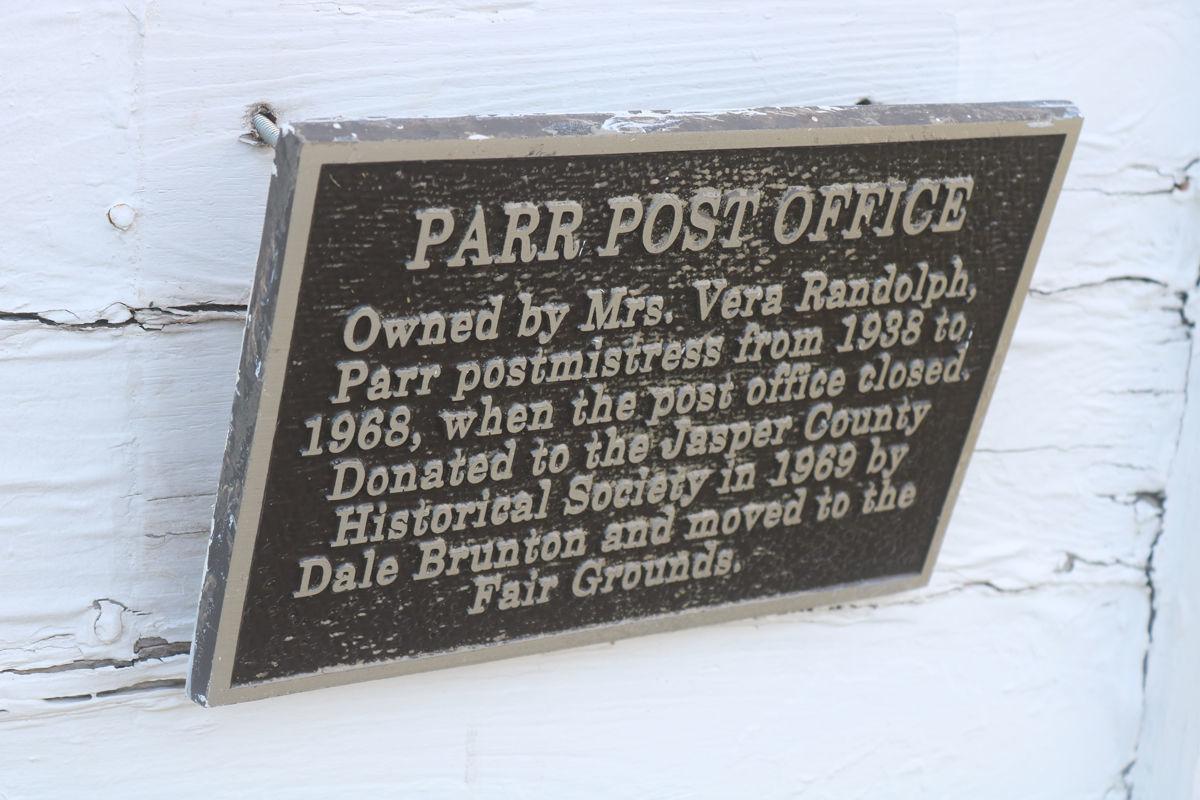 The Parr Post Office building was brought to the county fairgrounds in 1969. 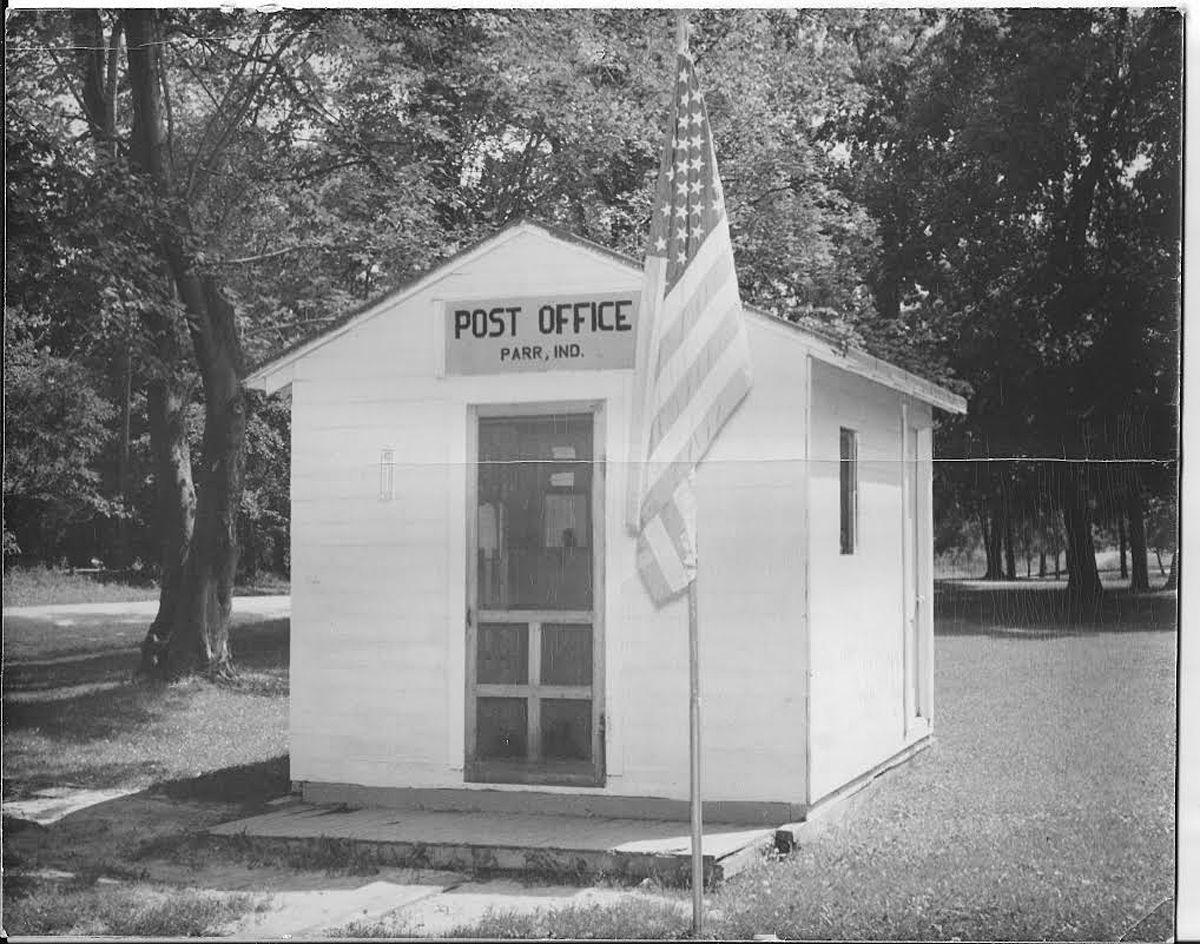 Vera Randolph served as postmaster of the Parr Post Office for 30 years, from 1938-68.

The old Parr Post Office, considered the smallest in the U.S. when it was active, is nestled between a former schoolhouse and blacksmith shop at the Jasper County Fairgrounds.

The Parr Post Office building has seen its share of upgrades over the years, but the outside is in need of some TLC as well.

The Parr Post Office building was brought to the county fairgrounds in 1969.

Vera Randolph served as postmaster of the Parr Post Office for 30 years, from 1938-68.

Society board members voted recently to bring a request to the Jasper County Commissioners to have a replica built. The commissioners approved that request during their May Zoom meeting.

If the commissioners’ decision stands, construction of a replica could begin as early as August after the fair.

“I asked the commissioners if they would approve a replica instead of a restoration,” said county historian Judy Kanne. “With my restoration hat on, it was very difficult for me to go along with the board, but it was the board’s decision that it needed to be a replica. Otherwise, we’re going to need to do repairs on and on and on.”

Because it rests at the fairgrounds, the 10-foot by 12-foot building is owned by the county. The contents inside are insured by the historical society, Kanne said.

Thanks to a donation from the Vera Randolph family — Vera served as postmaster at the Parr Post Office from 1938-68 — Vision Ag of Rensselaer was hired to repair the floor and walls inside the building the past two years.

The restoration project, however, failed to address one aspect that the historical society felt the building desperately needed.

“The first thing on our list was the building has to be raised a cement block height because everything on the lower part was rotten and they did not do that,” Kanne said.

“If you look inside, Vision Ag did a wonderful job. They put in a new floor and new walls. It’s perfectly fine. But unless we raise it up, that’s stuff is going to be rotted in, what, five, six, seven years, possibly.”

Kanne said she wrote the Randolph family as well as Vision Ag to inform them of the society’s decision to construct a replica.

“The Randolph family was fine with it,” she said. “They have given us wonderful things from the postmaster, Vera Randolph, to hang in that building. They went along with it without dismay.

“I did notify the family that most of the materials would be reused. They were perfectly fine with it, but again, they don’t live here. They didn’t grow up here. Vera Randolph’s son was married to a woman who is now in her ‘90s and she came to visit. It’s important to her and she’s donated to the project, too.

“Vera Randolph was a highly respected lady in Parr. She was extra special.”

It is conceivable that the commissioners might change their mind and decide to restore the building. That includes raising it up to keep the floor from rotting away. The society is fearful that the floor could become dangerous to walk on and are concerned about the building’s contents.

The building’s outside walls are also in need of attention.

“There’s a little hill there, so the moisture covers all the wood,” Kanne said. “We’ve already had to replace the back wall. I know there are materials that Rick (Brunton) wants us to use that are not long-lasting. It’s just a difficult spot for the Brunton family.”

Rick Brunton, brother of Dale, who donated the post office to the county, said he’s ready to fix the building’s outer walls and raise it if needed.

“The post office isn’t in any worse shape than the schoolhouse or the blacksmith shop out there,” he said. “I can get some people to help put it up on concrete blocks so it won’t have to worry about getting water underneath it.”

Rick added the inside walls that were replaced were not what he envisioned for the building.

“You’ve got to pat Vision Ag on the back for all the work they’ve done,” he said. “But the walls they put in are not close to what it used to look like, and I told Judy Kanne that.”

The building that housed the Parr Post Office for 30 years was decommissioned in 1968. Rather than let the building decay with time, Vera Randolph gave it to the Brunton family, which owned the lot the building stood on.

The post office was moved to the fairgrounds in 1969 and continues to draw a number of people during the fair.

Karen’s husband, Rick, was a frequent visitor to the post office during his youth. Vera Randolph would often give kids a piece of Bazooka bubble gum.

“Ask any kid from Parr — many of which still live here — and they can tell you remembrances of the post office and visiting with Vera,” Karen said.

It was recognized by some as the smallest post office in the United States at the time, Karen said.

“This building should be on the historic registry, not be torn down,” she said.

Kanne said it’s a difficult decision to dismantle a building that has received major repair work over the past few years.

“It has the designation of a historical building and now we’re getting rid of it,” she said.

But, she added the replica “will be brand new and be exact as it was.”

Ultimately, the fate of the building lies with the county.

Sunny early then increasing clouds with some scattered thunderstorms this afternoon. High 89F. Winds SSW at 5 to 10 mph. Chance of rain 50%.

Scattered thunderstorms early, then mainly cloudy overnight with thunderstorms likely. A few storms may be severe. Low near 70F. Winds SSW at 5 to 10 mph. Chance of rain 80%.

Scattered thunderstorms in the morning, then partly cloudy late. High 86F. Winds WNW at 10 to 15 mph. Chance of rain 50%.