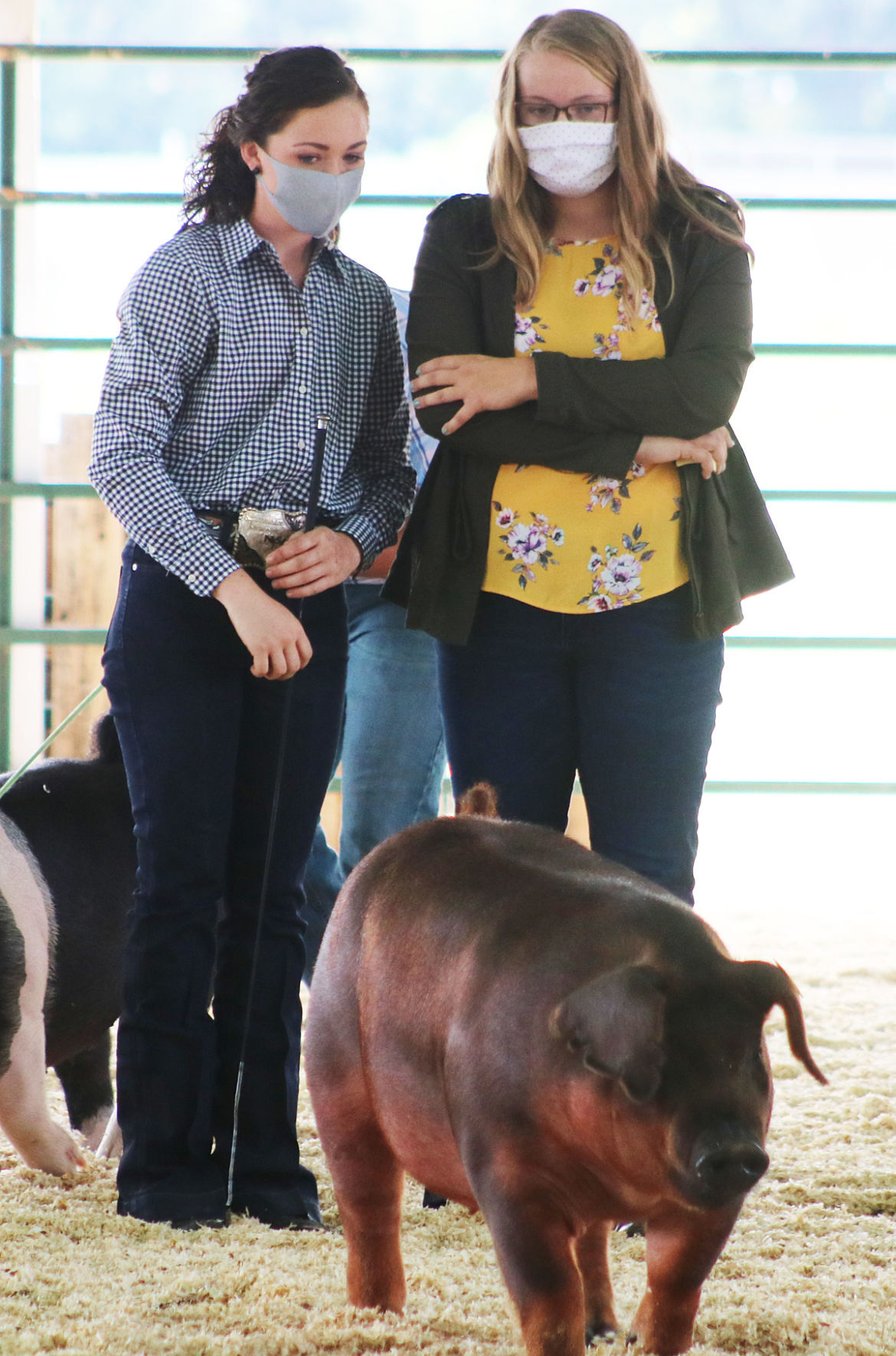 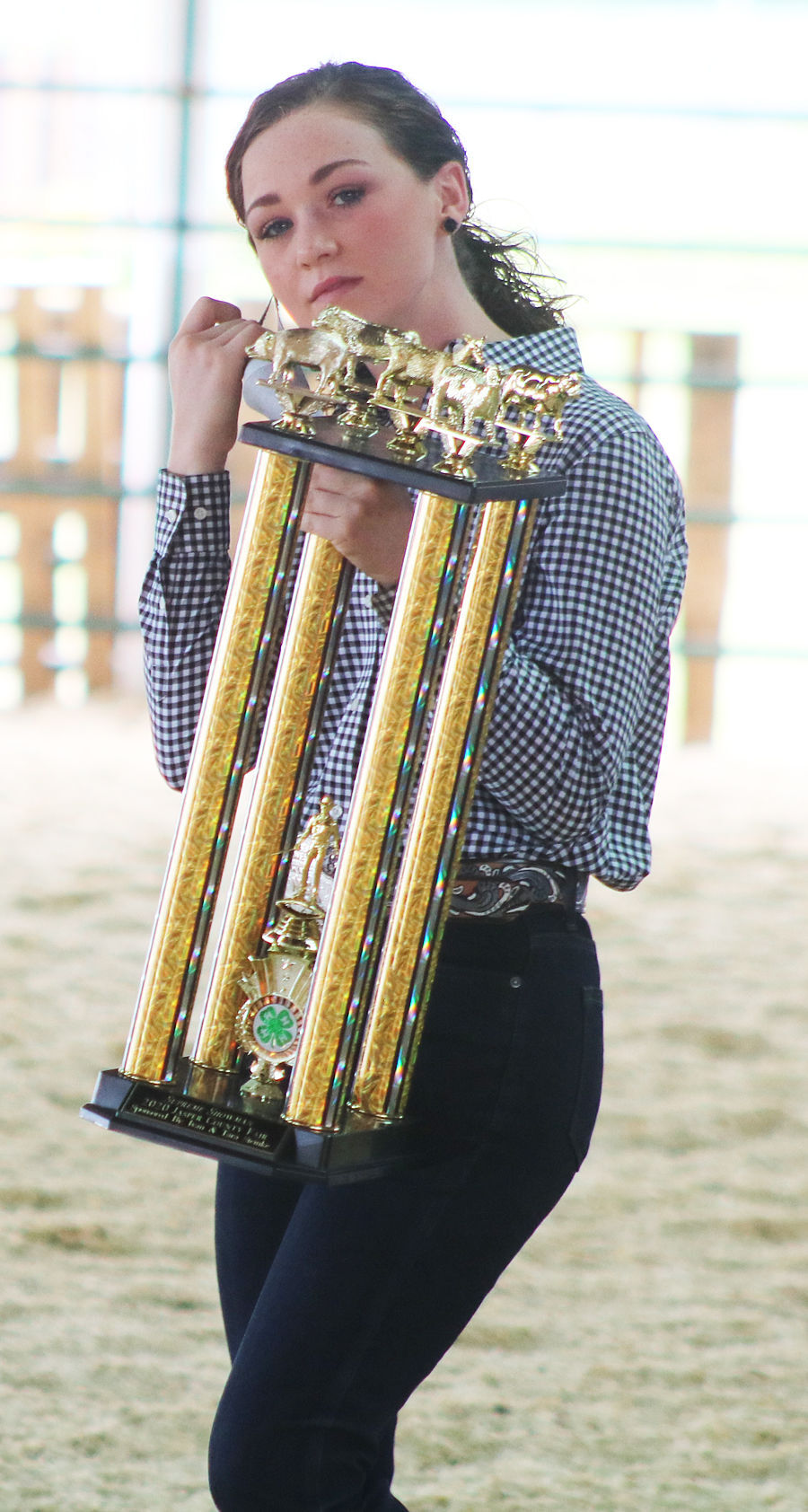 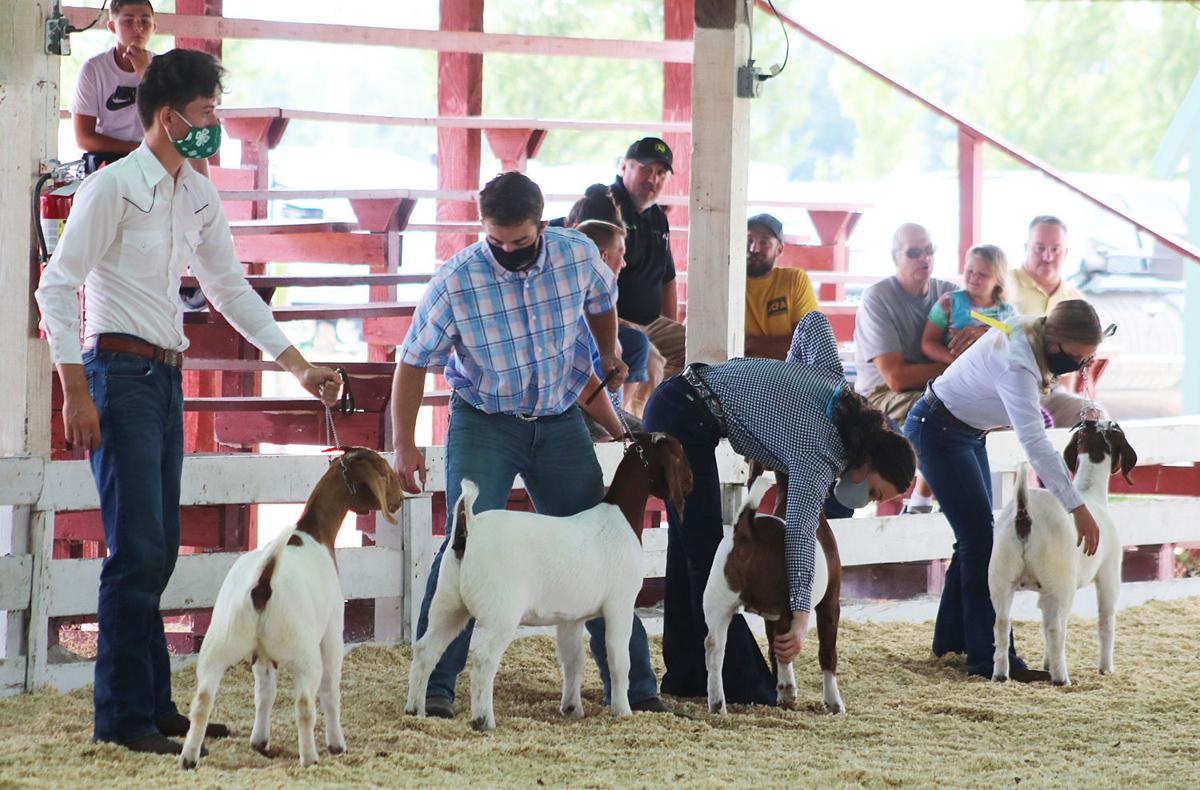 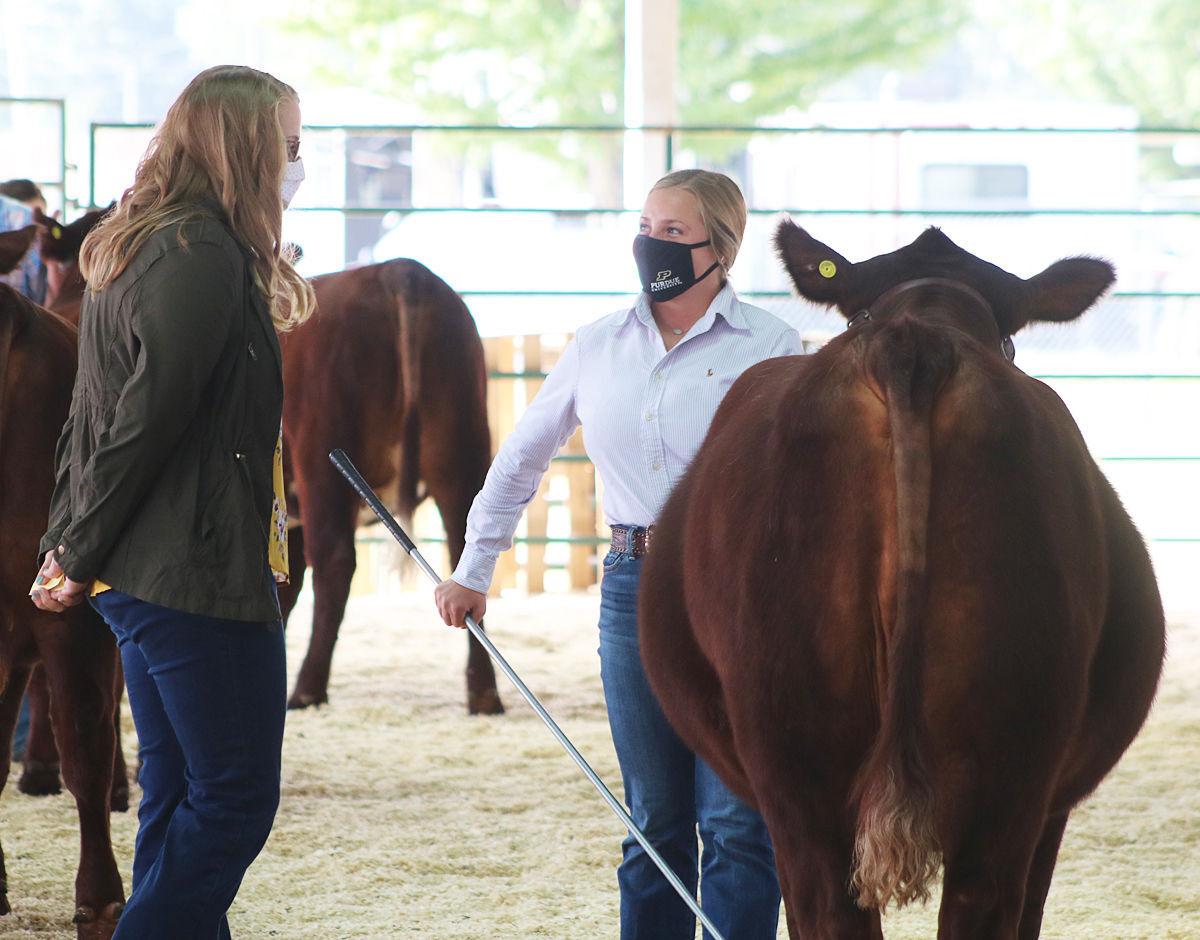 JASPER COUNTY — The competition is heating up in the Hannon household.

For the second time in as many years, Anna Hannon, of Rensselaer, claimed the Supreme Showmanship title in the Show Arena at the Jasper County 4-H Fair, tying brother Tyler, who won titles in 2016 and 2018.

“He’s won it two times, so next year hopefully I can beat him,” Anna said with a smile. “I can hang that over his head.”

Anna Hannon, who represented the swine and sheep barn at this year’s modified fair, edged three other exhibitors for the crown on Friday morning to punctuate the fair. Steven Carrera represented the dairy barn, Justin Cree was the goat barn representative and Brooke Hayden was the top showman in the beef barn.

Hannon, who will be a senior at Rensselaer Central this fall, held an edge over the competition because she showed great confidence in handling the five different animals. Exhibitors wrestled with beef, dairy, swine, sheep and goats.

“Remaining calm and just your composure is something you can’t necessarily teach,” said showmanship judge Hattie Duncan of Wingate. “It’s something some kids just have and she definitely had that.”

Hannon felt Hayden, who was in her second straight showmanship competition, would be her biggest competition.

Despite winning several county, state and national titles, Hannon was still nervous about this year’s fair week even though it was modified due to the COVID-19 virus.

“Winning showmanship on Saturday (in the sheep barn) took some pressure off for the rest of the week because I knew I would be here on Friday,” she said. “In the pig barn, it was super different because they split the days up. Morgan Taulman won gilt showmanship on Monday and I won barrow showmanship on Wednesday, so we had to face off on Wednesday. She was another tough competitor, but I won the swine showman.”

Despite the COVID pandemic, it’s been a busy summer for Hannon and her family. They still travel to shows throughout the Midwest and will continue to do so through September.

“Some events have been postponed to September,” Anna said, “but we still jackpotted sheep every weekend and some pigs. We stayed busy and didn’t miss a show since Memorial Day.”

Hannon said she still takes great pride in winning events at the county fair, which is considered by some to be one of the top three 4-H fairs in the state.

“To have the county fair is bittersweet because a lot of fairs were virtual or they didn’t have them at all,” she said. “We’re fortunate to have a county fair and even more fortunate that we had good livestock families bring some livestock back so we could compete today.”