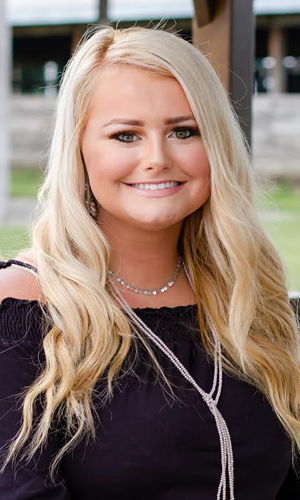 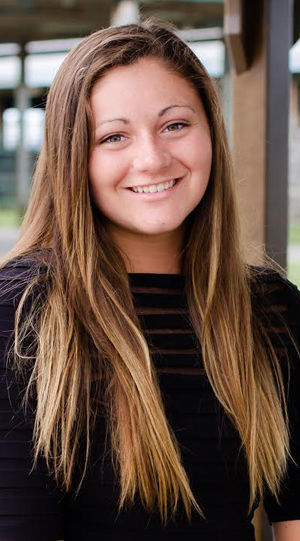 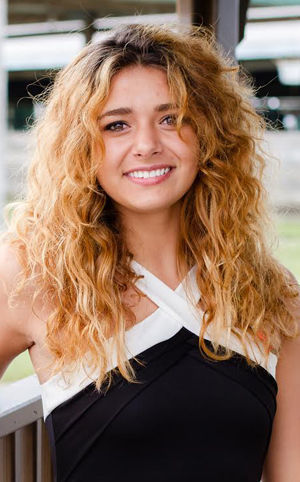 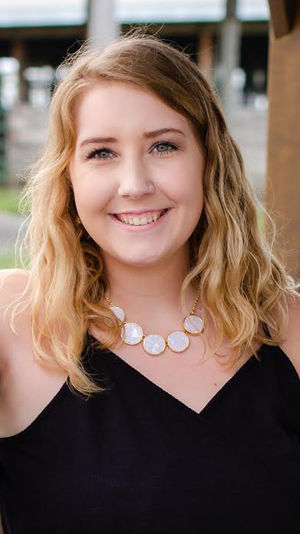 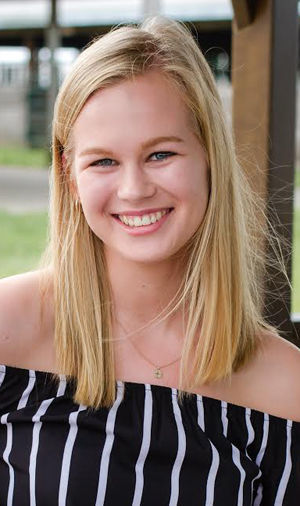 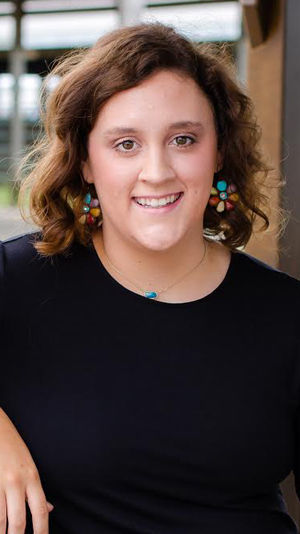 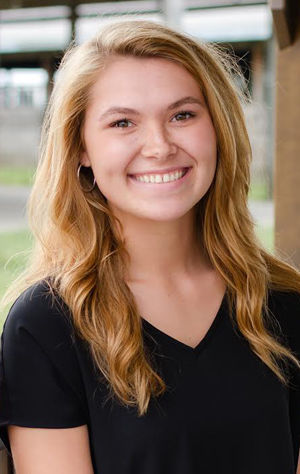 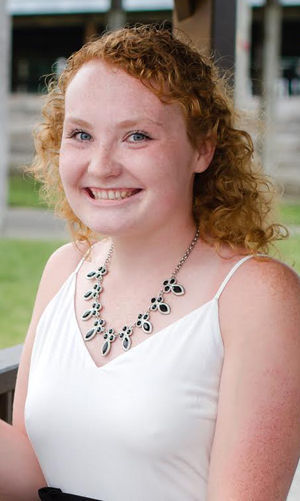 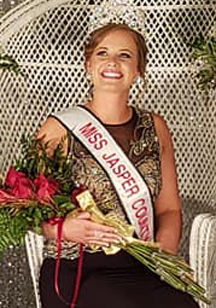 The event will star at 7 p.m. and will also feature the Little Miss Jasper County Princess Pageant.

Eight contestants will battle for this year’s queen title. Last year’s winner, Emily Kilmer, is expected to be on hand to crown the new queen.

The following is a profile on each contestant. The Rensselaer Republican’s website will have each of the contestant’s complete biographies.

The daughter of Bradley and Lynette Carpenter, of Francesville, Kelsey, 19, is a graduate of West Central High School.

She was a 10-year member of 4-H, participating in swine, sheep and rabbits, as well as photography, gift wrapping and scrapbooking.

She participated in the Indiana State Fair’s Poland China Swine Show for two years. She played volleyball in high school and also participated in cheerleading, FFA, Business Professionals of America and Sunshine Society. She volunteered with the Mobile Food Pantry and Head Start, and attends St. Augustine Catholic Church in Rensselaer.

Currently a student at Indiana Wesleyan University, Kelsey is a member of the cheer team in college, as well as Delight Women’s Worship and Awaken Worship committees.

She’s won several awards as a member of 4-H, taking home honors with her rabbits, swine and lambs.

The 2017 Homecoming queen and prom queen at West Central, Kelsey won several awards as a cheerleader, culminating with performances in parades at Disney’s Magic Kingdom in 2016 and 2017.

She is currently a lifeguard at Indiana Beach in Monticello. She will continue her education at Indiana Wesleyan in the fall while also performing with the college’s competitive cheer team.

Kelsey is pursuing a nursing degree.

A 2019 graduate of Rensselaer Central High School, Daphne, 18, is the daughter of Tim and Kelly Dobson, of Rensselaer. She is sponsored by Majestic Properties.

A member of Sunshine Society for three years, Daphne served as a Rensselaer Summer Swim Team coach this summer as well as a Learn to Swim instructor.

She plans to attend Purdue University to study pre-pharmacy with hopes of transferring to the school’s Doctorate of Pharmacy of PharmD program. “After college, I hope to work at a hospital as a clinical pharmacist to help people combat symptoms or eradicate their illnesses.”

She is a Dr. Cecil and Mrs. Gladys Johnson Memorial Scholarship recipient and a US Marine Corps Distinguished Athlete Award winner.

The daughter of Gene and Leda Fedor, of DeMotte, Katia, 19, is sponsored by Park Your Paws Kennel and Northern Indiana Orthopedics.

A graduate of Kankakee Valley, Katia served as a cheerleader for four years and was a member of the Art Club, FCCLA and Freshmen Mentor Program, among other activities.

She has a black belt in Taekwondo and placed first in weapons at the Indiana Regional Taekwondo tournament and second in sparring.

She won several regional and local awards while a student at KVHS, including a scholarship to the Chicago Art Institute College for Fashion Construction.

A certified dog walker at LakeShore Paws in Valparaiso, she works at the Park Your Paws Kennels in Wheatfield. She is currently enrolled at Valparaiso University where she studies business analytics and meteorology.

Katia plans to work for a company analyzing data and projections to improve a company’s overhead and overall business growth.

The daughter of Adam and Natali Johns, Taryn, 19, is sponsored by Pizza King in Rensselaer.

A Rensselaer Central High School graduate, Taryn served on Sunshine Society for four years, softball for three years and football manager for two. She is a past 4-H member, competing in the Home Improvement division.

An avid reader, Taryn works at Pizza King in Rensselaer as well as Gordman’s in Lafayette and the fireworks store in Rensselaer during the summer.

The daughter of David and Shannon Kozyra, Abigail, 19, is sponsored by Jasper Newton Foundation.

She was a 10-year member of 4-H, earning several county and state awards in the Fashion Revue and sewing categories. She was also a two-time foods champion and a 4-H Achievement trip recipient.

She served 10 years in sewing, Fashion Revue and goats, and five years in foods. She sewed 100-plus items for the Riley Cheer Guild at Riley Hospital for Children in her spare time.

She was a member of her church’s youth group, served three years on mission trips and was a Pine Creek Church Camp director and counselor.

Currently a student at Miami University, she was named to the dean’s list her first year and is an Alpha Omicron Pi member. She is currently working as an intern with Jasper Newton Foundation.

She plans to graduate from Miami University with a bachelor’s degree in biology in 2022.

The daughter of Nick and Patti Steinke, Lily, 19, is sponsored by B&A Genetics.

Lily is currently a second-year student at Ivy Tech in Lafayette, where she is studying to be an elementary school teacher. She works as a classroom volunteer at Rensselaer Primary School and runs her own babysitting business.

She was a 10-year member of 4-H and a Junior Leader for six years. She earned several county livestock awards and was champion of champions showman in dairy steer in 2018. She had Grand Champion Steer in 2015.

Past president of the Newton Merrymakers 4-H Club, Lily was a member of the Livestock Judging Team at RCHS, the Lady Bombers’ golf team and served on several swine and steer junior associations.

She was a Junior Achievement volunteer and volunteered with the Food Finders Mobile Food Pantry. She helped with the restoration of the swine, beef and goat barns at the county fairgrounds.

Her future plans are to become an elementary school teacher to “show all kids they are capable of anything and to make a different in their lives for the better.”

Kayla, 19, is the daughter of John and Christian Tryon, of Rensselaer. She is sponsored by The Wire Whisk Bakery.

A 10-year member of 4-H, Kayla won several awards in sewing — winning grand champion four years in a row — and Fashion Revue. She also won awards in fine arts and is a national sewing award recipient.

She is a recipient of the Kellner-Callahan and Jasper Foundation Art scholarships.

Currently employed at The Station at Embers in Rensselaer, Kayla plans to graduate from Purdue University with a bachelor’s degree in hospitality and tourism, with a minor in meeting management and planning.

The daughter of Steve and Carolyn Walter, Sarah, 19, is sponsored by Arni’s of Rensselaer.

A 10-year member of 4-H, Sarah won awards in cake decorating, baking, dog obedience, gift wrapping and sewing. A Homecoming queen at RCHS, Sarah is currently a student at Ivy Tech, where she is pursuing an associate degree in human services. “I am then going to transfer to Indiana State University to get my master’s degree in social work,” she said.

Future plans include working at a veterans’ hospital as a military social worker.

A member of Ivy Tech’s dean’s list in her first year, Sarah works at Arni’s in Rensselaer, a job she has held for nearly five years. Her hobbies include spending time with family, baking and traveling.

Sarah is also a member of the St. Augustine Catholic Church in Rensselaer.