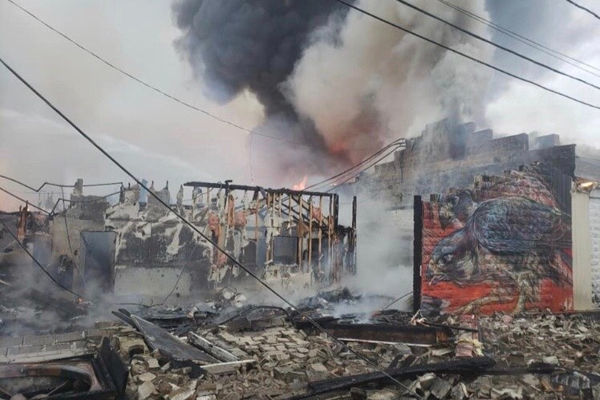 The Rensselaer town mall fire in November dealt a devastating blow to the downtown business sector as well as the REN ART WLK murals and local art that graced the outside of the south wall. 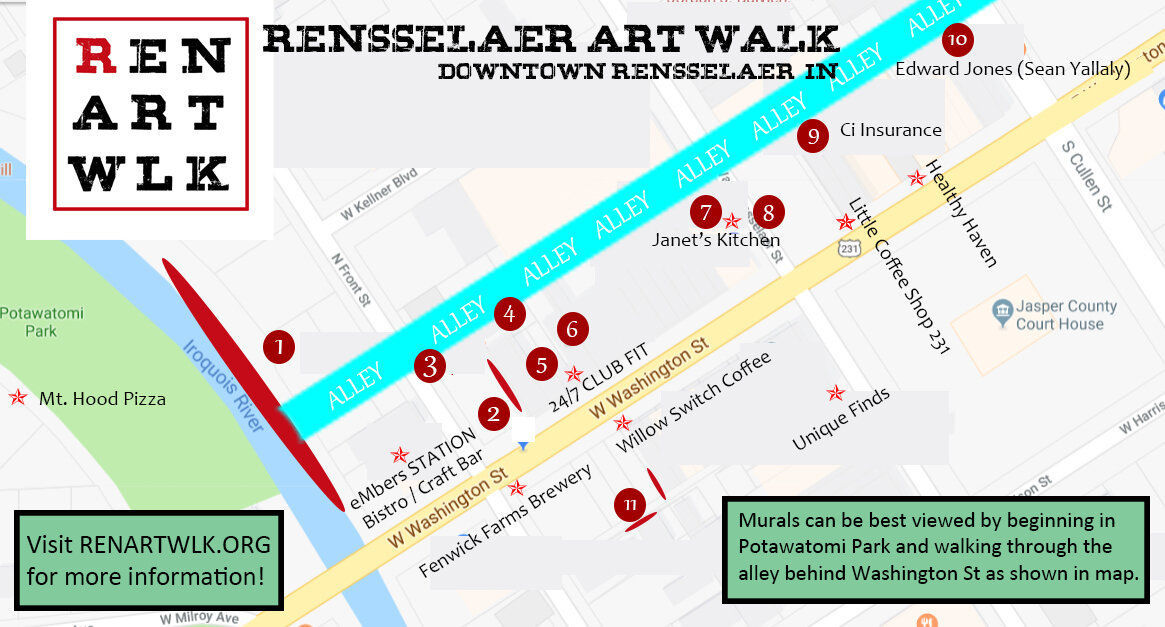 There are currently 11 locations in which murals and local art from the art walk can be viewed in downtown Rensselaer.

The Rensselaer town mall fire in November dealt a devastating blow to the downtown business sector as well as the REN ART WLK murals and local art that graced the outside of the south wall.

There are currently 11 locations in which murals and local art from the art walk can be viewed in downtown Rensselaer.

RENSSELAER — Based on the tremendous response to the first phase of the REN ART WLK initiative, Phase 2 is scheduled to kick off this summer.

The initiative began in 2019 to help increase traffic to the downtown Rensselaer area. It was created to complement the local Parks for People and the city’s downtown revitalization campaigns.

Artwork by local and national artists was placed on display in the back lots of several businesses, as well as alleyways that cut through the city. The initiative drew hordes of people armed with phones and cameras to the downtown area to snap their favorite pieces.

Phase 2 is designed to create even more artwork while turning the art walk initiative into a viable mural destination, according to ART WLK organizers.

The initial cost of Phase 2 is approximately $30,000, which includes artist fees, hospitality, education, community participation, materials, supplies such as spray paint, lift rental and other expenses. Artists stipends will be determined by curator and artist Cameron Moberg, who was instrumental in the first phase of the project.

The REN ART WLK Facebook page has created a GoFundMe account to help raise $10,000 toward the project. Currently, the page has collected more than $550.

“By February, we need to secure funding to secure artists and have everything in motion for the summer of 2020,” said ART WLK organizer Ryan Musch.

What is spray-painted on the walls will be the artist’s choice after they learn more about the community. They will keep community content in mind, but no mural will include any subject matter that includes political, religious or any social controversial issues.

The goal of the second phase, organizers say, “is to bring in five new muralists” who will create two murals each. That will bring a total of 10 new murals to the ART WLK, with one major piece and one minor piece each.

“We will need one major impact piece with other pieces complementing the mural piece,” organizers said. “Again, we will hope to have local and children support for filler pieces in wall space that would not be touched by commissioned artists.”

The November mall fire in downtown Rensselaer that consumed a hub of 22 business offices also destroyed a large portion of the art walk’s community public art.

Musch said he would like to see those replaced as well.

“Our ambition is to at the least add four more murals to recover the amount lost and evolve the art walk,” he said.

Once completed, it is the hope of organizers that the city of Rensselaer will participate in the beautification of the alleys, such as fresh paving alley streets and adding new lighting.

To stay updated on the Phase 2 project, visit RENARTWLK.org.

Partly cloudy skies during the evening will give way to cloudy skies overnight. Low near 25F. Winds ESE at 5 to 10 mph.

Mostly cloudy in the morning then periods of showers later in the day. High around 40F. Winds SE at 10 to 20 mph. Chance of rain 50%.