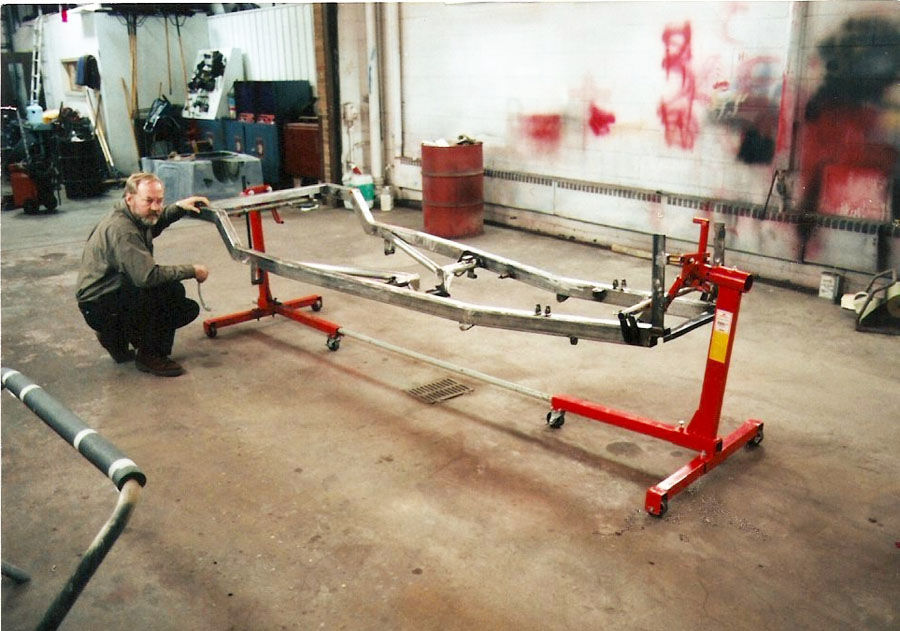 An instructor for 26 years, RCHS auto shop teacher Walt Brown poses with a chassis that was the foundation for a hot rod for a class project in the 1990s. 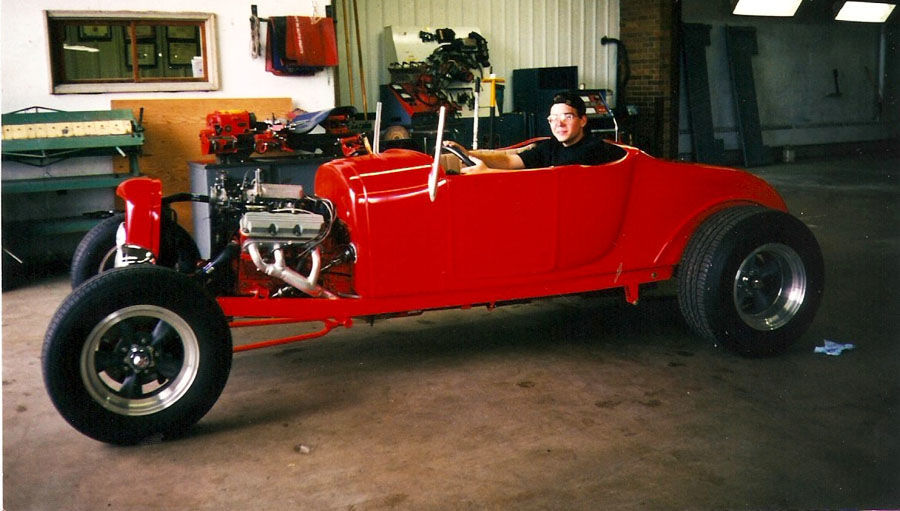 This hot rod was rebuilt by one of RCHS auto shop teacher Walt Brown’s classes in the 1990s. 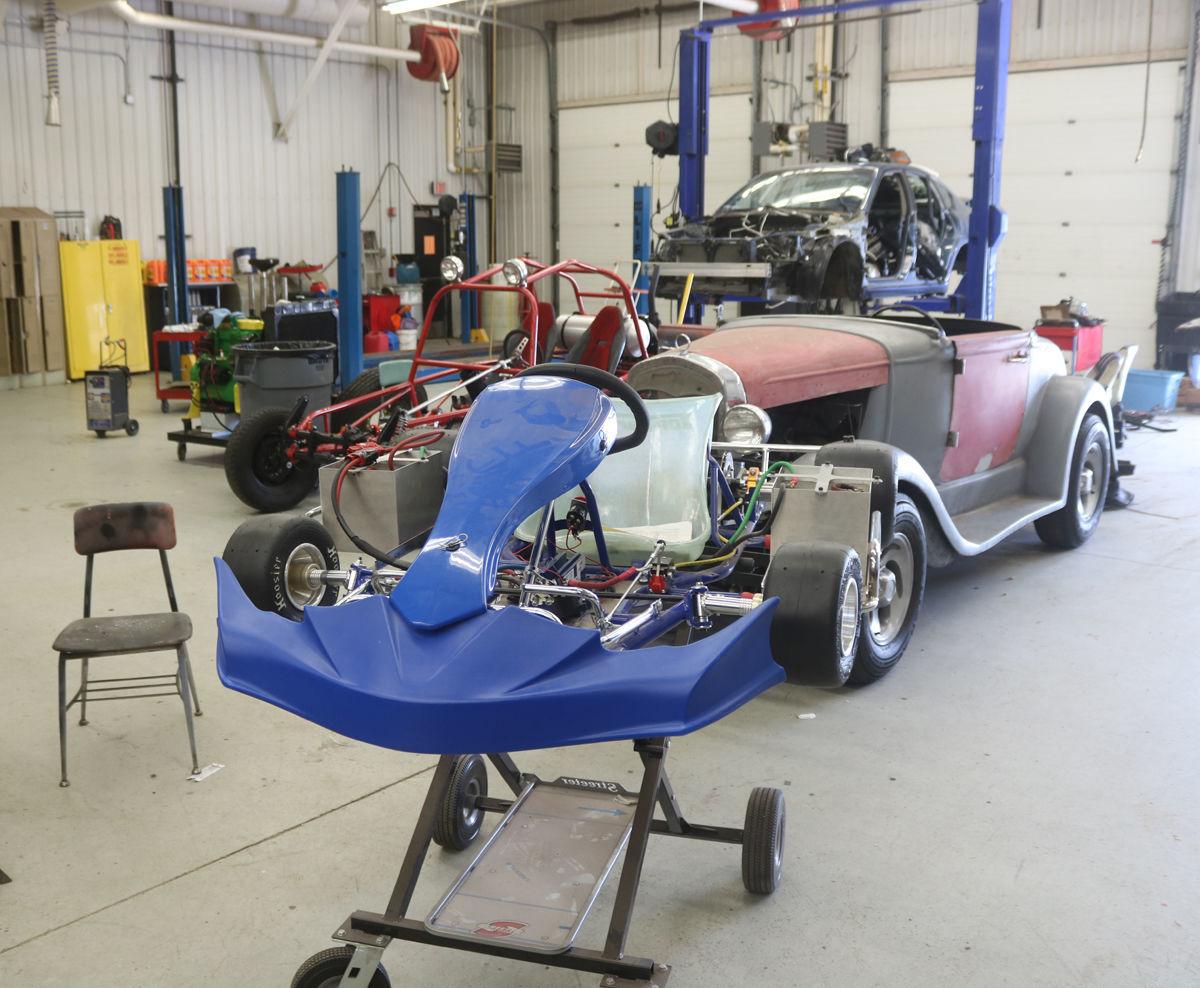 The auto shop at RCHS is filled with teaching tools for students.

An instructor for 26 years, RCHS auto shop teacher Walt Brown poses with a chassis that was the foundation for a hot rod for a class project in the 1990s.

This hot rod was rebuilt by one of RCHS auto shop teacher Walt Brown’s classes in the 1990s.

The auto shop at RCHS is filled with teaching tools for students.

RENSSELAER — When Walt Brown announced he was ready to retire, the Rensselaer Central School Corporation scrambled to keep the long-time auto shop teacher on the payroll.

Brown, 71, knew he had plenty left in the tank.

“I approached the school several months ago that I was thinking about retirement, but I didn’t necessarily want to leave,” he said. “I still think I have a lot to offer.

“I think it’s a win/win deal for the school and myself. I am wanting to slow down.”

So a compromise was struck. Brown will continue to teach an advanced auto class for half a day, starting at 8 a.m. and finishing around lunch time.

“It’s a great opportunity for our kids as well as kids who come from other schools,” RCSC superintendent Curtis Craig said. “And it also offers him a little more time for retirement.

“He has all kinds of contacts in the community. He just recently acquired engines for the kids to work on, and that’s what Walt can do.”

A member of RCHS’s teaching staff for the past 26 years, Brown will instruct serious-minded students in the advanced class.

“What I’m hoping to get to is working with the juniors and seniors that really want to be a technician. It’s more focused on that,” Brown said.

Brown started teaching at the high school in the early 1990s. He spent 18 years teaching while also working at his auto shop, WB Automotive.

He had his auto shop for over 40 years.

“We don’t really get into air conditioning or transmissions,” Brown said. “They are a little more specific and time usually doesn’t allow it.”

Because RCHS is the only school locally that offers auto shop, Brown teaches students from Kankakee Valley, North Newton and South Newton.

Class work is concentrated more on electrical systems since engines in today’s vehicles are more reliable than 20 years ago.

“Twenty-six years ago, engine work was primarily over 50 percent of what we did, probably 60 percent,” Brown said. “Now it’s 25 or 30 because the engines last longer, cars are better. Some vehicles can go 150,000 miles without engine problems. They’re just better. What kids need to learn now are electronic controls.

“Technicians have got to be smarter than they used to be. They have to know electrical and electronics. (Cars) are like rolling computers basically.”

With the advanced level class, Brown expects to instruct students who may want to get into the auto technician field. Others, meanwhile, just want to learn the basics for their own piece of mind.

“There’s a lot of reasons. Some want to be mechanics. There’s a lot who want to work on their own cars to save money. A lot of them just want basic knowledge,” Brown said.

With the advanced course, Brown can be more specific with his instruction as he guides students into a number of areas, including the importance of work ethic.

“I will probably get deeper into diesels,” he said. “That’s a big market. Our job is to teach technicians to do the modern stuff, but work ethic is about half of what I try to do. That’s such an issue; dependability, work ethic. We all want to see that.”

“Students do not have to retake those classes if they go to Ivy Tech or UTI,” Brown said. “They’ll get credit for it. That’s a big advantage.”

Brown started an introduction to transportation class several years ago and often had as many as 20 students sign up for the course. The advanced level course draws around 10-12 students, many of them upperclassmen.

Brown said he wanted to teach the intro to transportation class for one particular reason.

“One of our sons (Ryan Brown) has written a textbook for that class,” he said. “We have two sons (Ryan and Josh) that write textbooks, plus they’re professors. I’ve always wanted to teach a class (Ryan) wrote the textbook for. I did that for three years.”

Both Ryan and Josh are professors at Illinois State in Bloomington and have written engineering and technology books together.

Brown’s other son, Matt, is an executive with Western Union in Michigan.

When the school was forced to practice distance learning this past spring due to the COVID-19 pandemic, Brown reached out to his son, Josh, for assistance.

“Josh did his thesis on long-distance learning,” Brown said. “I’ve been hitting him pretty hard with questions.”

Brown began turning wrenches when he was 14 or 15, he said. His first job came when he was 18 at the former John Rusk Chrysler, Dodge and Plymouth dealership on Harrison Street.

The building, which sat in a lot across from Ayda’s Mexican restaurant, was torn down a few years ago.

“I was a technician before they got called technicians. I worked on teachers’ cars. I guess I still am,” Brown said.

“I don’t know if I’ve progressed or not,” he added with a laugh.

Brown still sees many of his former students in the work place. He recently visited with a former KV student who works in Texas and came home recently to visit his parents. Brown also chatted with another student who now works at Auto Works in Rensselaer.

“They’re all over the country,” Brown said of his former students. “Several of them have their own shops and they’re looking for people that are responsible, with a good work ethic and want to do this work. That’s the main thing.”

To retain his teacher’s license, Brown must undergo nine hours of training every four years. He said he often reaches out to some of the best trainers in the country.

“I’ve been lucky enough to have some really good friends in the training world. Some of the best trainers are my friends in the area and in the United States,” he said.

A stray shower or thunderstorm is possible early. Some passing clouds. Low around 70F. Winds light and variable.

A stray shower or thunderstorm is possible early. Some passing clouds. Low around 70F. Winds light and variable.

Sunny along with a few clouds. Hot. High 91F. Winds light and variable.